Back in September, Jane and I went on holiday to Vancouver, in British Columbia, Canada. Both of us posted to our blogs about this trip, but I don't think either of us mentioned the Sun Yat Sen Garden, so I'm going to rectify that now. My enthusiasm for things oriental has recently been re-invigorated by my friendship with fellow bloggers Takaeko http://greenvege-osaka.blogspot.com/ and Fer http://www.mygardeninjapan.com/ who live in Japan (not China!). Thanks, guys.

The Sun Yat Sen Classical Garden is named after the Chinese political figure of that name, one of the founders of the Nationalist Chinese state now known as Taiwan. It is a haven of tranquillity in a busy and vibrant city, at the edge of the Chinatown district. Much of it is open to the public free of charge, and we, like many others, popped in to admire it for a short while and to sit down and escape from the busy city traffic. We had little idea what to expect, but we were not disappointed. Here are some photos:- 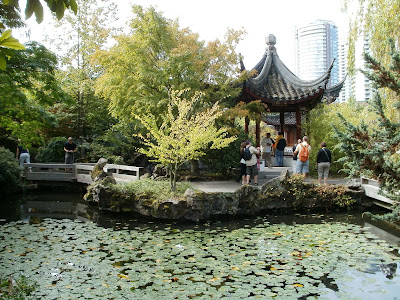 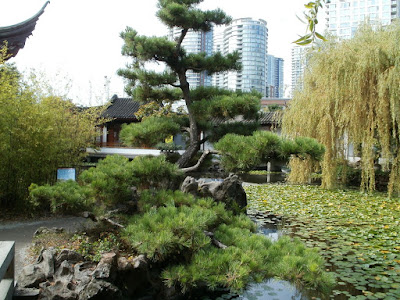 ﻿
The garden is supposedly an authentic representation of a garden tradition which reached its peak in the Ming Dynasty (1368-1644). It is characteristic of the private spaces within a Ming scholar’s residence.
Ming dynasty scholars, the elite of their time, lived and worked in their garden, sharing these enchanting spaces with friends and family of all ages.With its asymmetrical arrangement of rocks and plants, its winding paths and corridors, and the vistas that overlook its courtyards, the garden emulates the rhythms of nature. 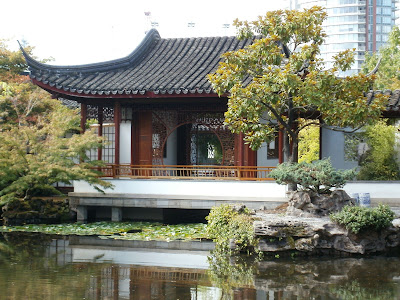 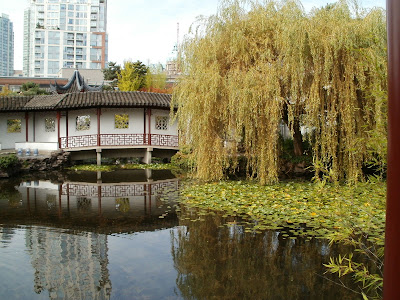 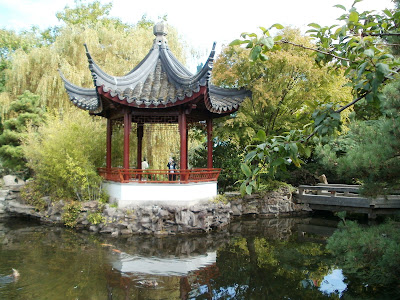 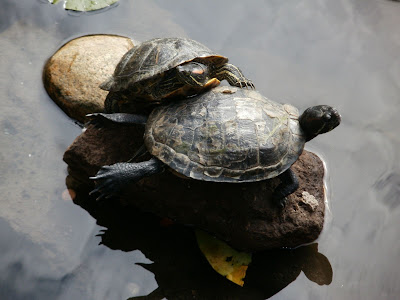 ﻿If you're ever visiting Vancouver, I recommend that you include this garden in your itinerary. For further information visit the garden's own website http://www.vancouverchinesegarden.com/
Posted by Mark Willis at 17:30