This blogpost has been put together specially for the "Blog Carnival" hosted by Fer of "My Little Garden In Japan". Cheers, Fer -- a great idea. The brief was simply to post about one's favourite plant...

So what is to be my subject today???

I considered the Endive family. I'm very fond of endives, and they are hard to find in the shops in the UK. They are also massively photogenic. 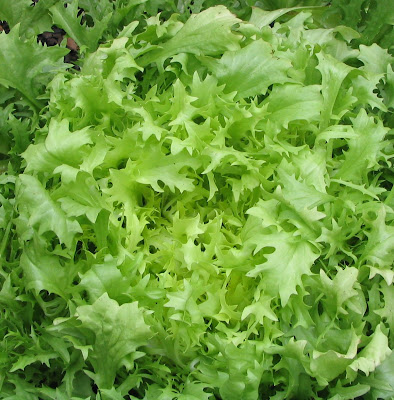 I considered the Borlotto bean. What other plant has such wonderful-tasting seeds and such striking seed pods? 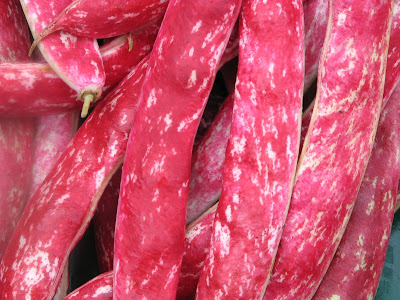 In the end I decided that my current favourite plant was the Chilli. In the past I've had lots of success with chillis in my garden, and this year was no exception. Indeed, when I started my blog in August (2010) the chillis were doing so well that I adopted the red chilli as my "signature" emblem, as in the header of my blog --

So here is a little selection of photos of this year's chilli crop. Enjoy! 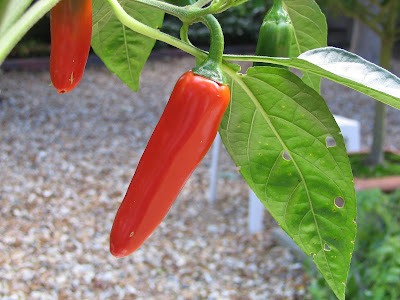 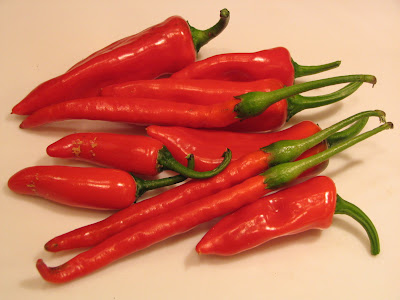 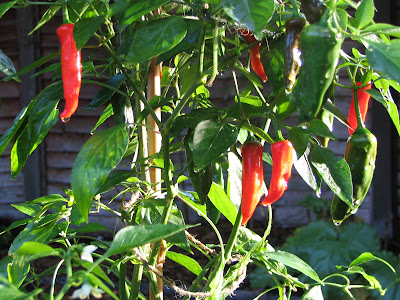 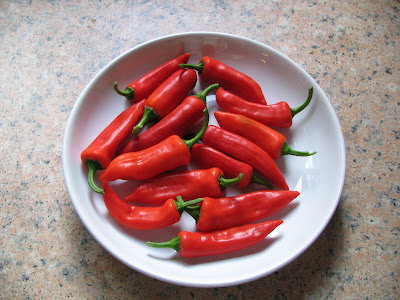 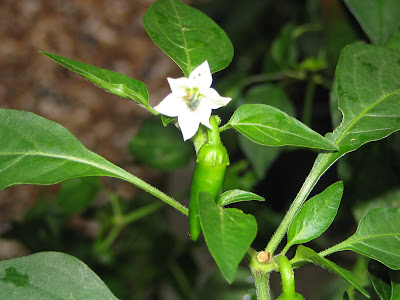 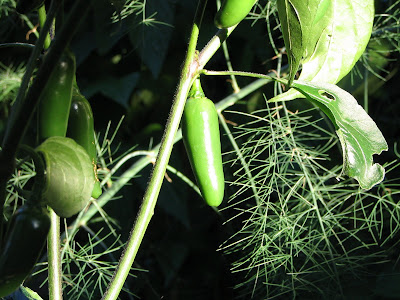 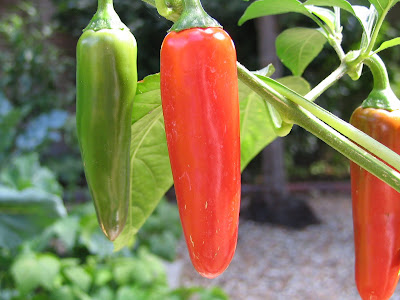 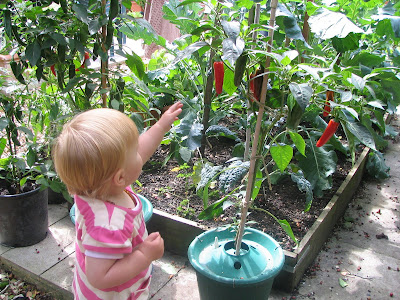 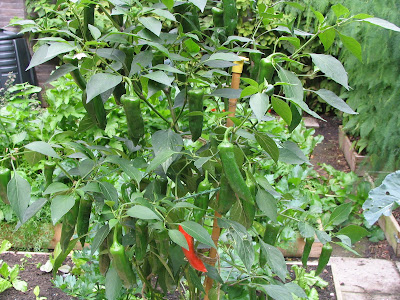 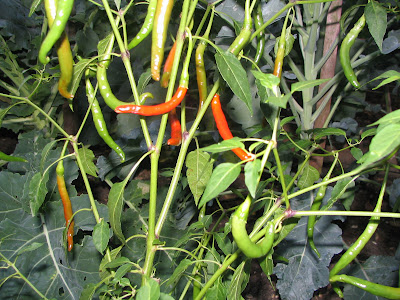 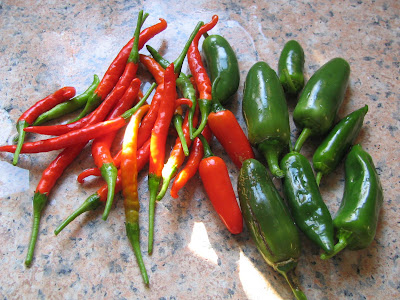 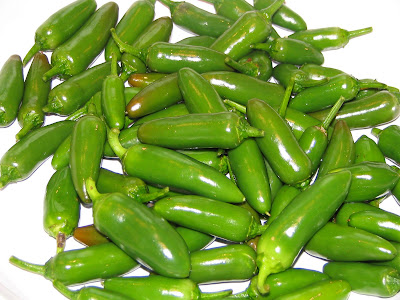