Tonight we're using our Brie-baker again, but this time we are going to have a Tunworth cheese. 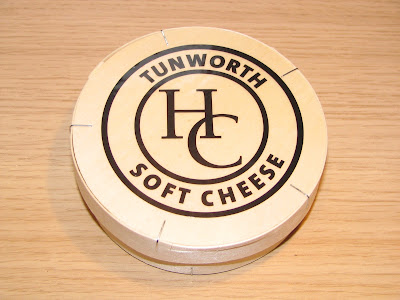 Tunworth, made by Hampshire Cheeses, is a delicious soft, white rind cheese handmade from unpasteurised cow's milk. Tunworth was judged to be the Supreme Champion at the 2006 British Cheese Awards, and was also awarded a Gold Medal at the World Cheese Awards 2007. I would say it is rather similar to Brie. In any case, it is absolutely delicious, and what's more, it's local to us. It is made in the village of Herriard, near Basingstoke, about 10 miles away from us. 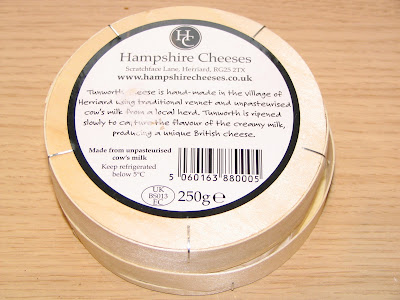 ﻿For those poor souls who have not yet discovered the delights of baked cheese, and maybe don't know what a Brie-baker is, I suggest you have a look at my earlier blogpost called "The Brie-baker inaugurated" (Oct 2nd).
Posted by Mark Willis at 11:16