This is a good time of year to start preparing your Strawberry plants for the new season. Over the Winter lots of the previous year's foliage will have died down and may be harbouring pest and moulds, and it's best to give the plants a good tidy-up before they spring into new growth.

Due to lack of space elsewhere, I grow my Strawberry plants in some black plastic crates. This works out well for me, because it means that I can move them around the garden as necessary. During their fruiting period I can easily put them under a netted structure to stop the birds stealing the berries, and during the Winter I can tuck them away somewhere unobtrusive. Having spent the last few months at the bottom of the garden, under my Maple tree, the crates were full of fallen leaves, pine-needles and similar debris. 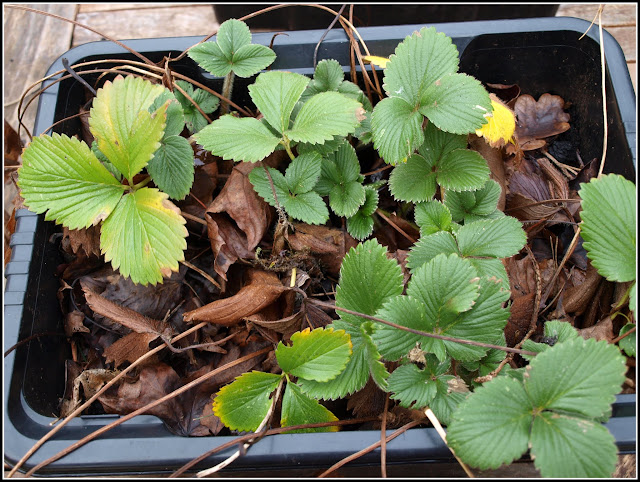 Most of the bigger leaves of the Strawberry plants had died down and were drooping sadly over the edges of the crates. 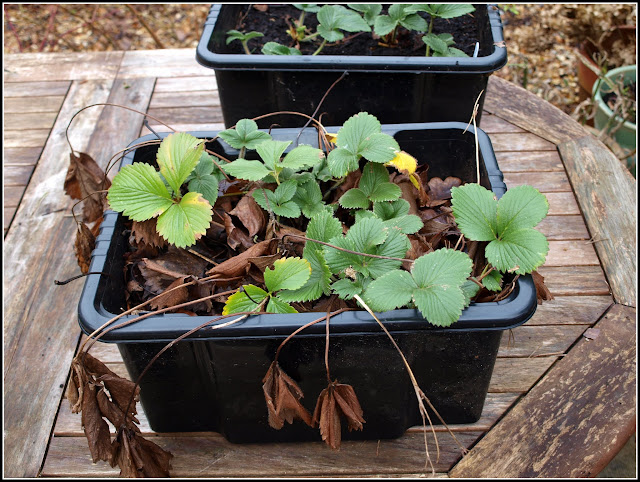 After removing all the loose Maple leaves and suchlike I set-to with a sharp pair of secateurs and removed from each plant all but two or three small healthy leaves: 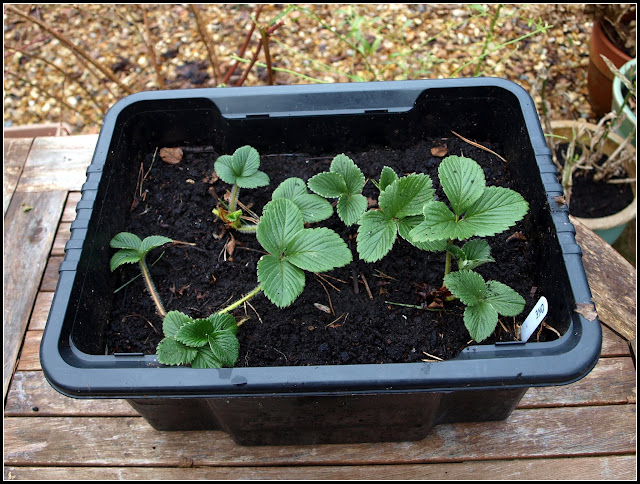 Doing this exposes the emerging buds to more light, helping them to develop strongly from the start without having to push up through old foliage towards the light. 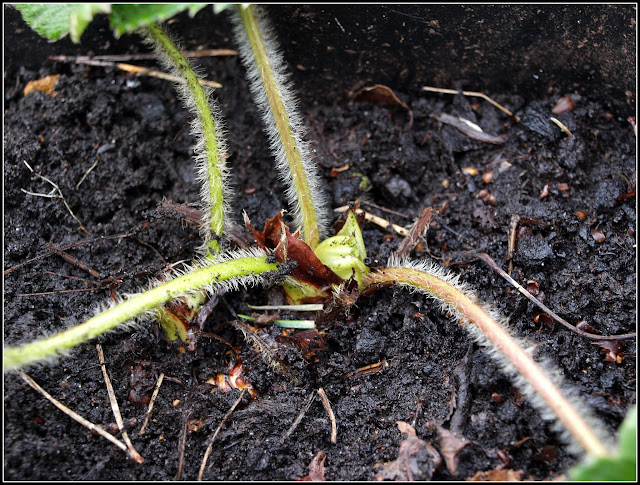 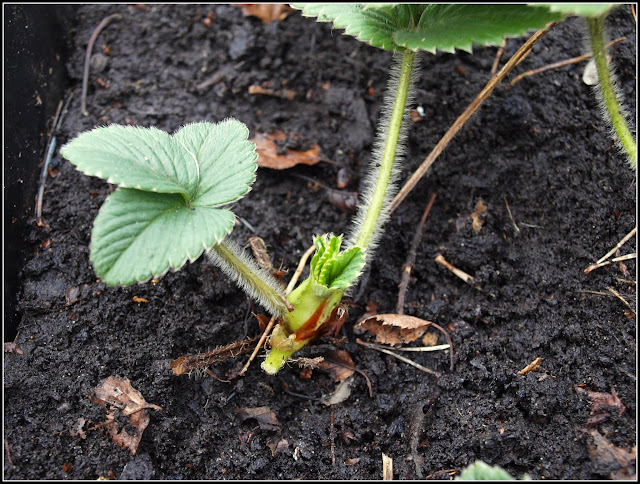 So now I have four crates of apparently strong and healthy plants.


For one set of plants though, their days are numbered. After a few years a Strawberry plant begins to lose its vigour, so I have promised myself that each year one of the four crates will be emptied and begun again from new plants, thereby hopefully maintaining the vigour of my crop. In the Autumn I potted-up some runners from the parent plants, and it is these that I will use for this purpose. 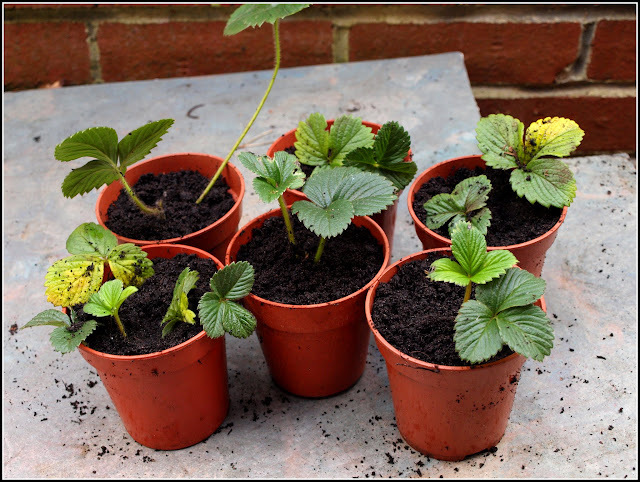 The potted-up runners have also lost most of their leaves, just like their parents, but fresh new growth is now beginning to appear, so I think all or most of them have rooted OK. I'll not put them into their new home just yet though - I'll wait until they are a big stronger.

By the way, another advantage of growing Strawberries in containers is that you can put them under cover - e.g. in a mini-greenhouse - if you want to bring them on quicker, for an early crop.
Posted by Mark Willis at 12:00