My topsoil for the new raised beds has arrived! 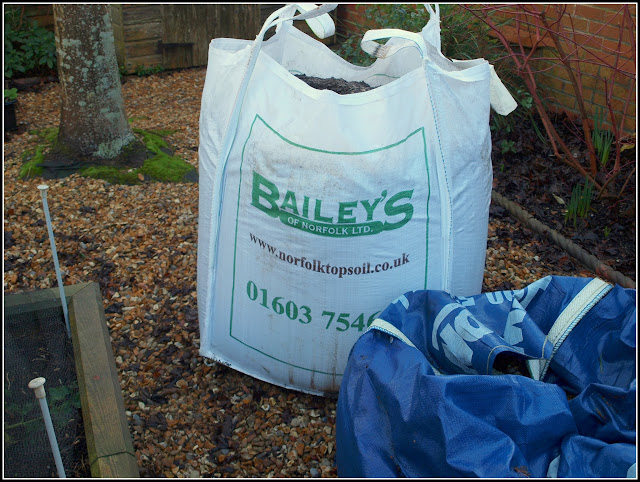 I ordered the bulk bag of  "Norfolk Biodress Raised Bed Mix", nominally 900kg, but since it was very wet, probably weighing twice as much! It looks like good stuff. I don't see any significant stones in it, nor any weeds, so I am hoping it will be just what I was after. 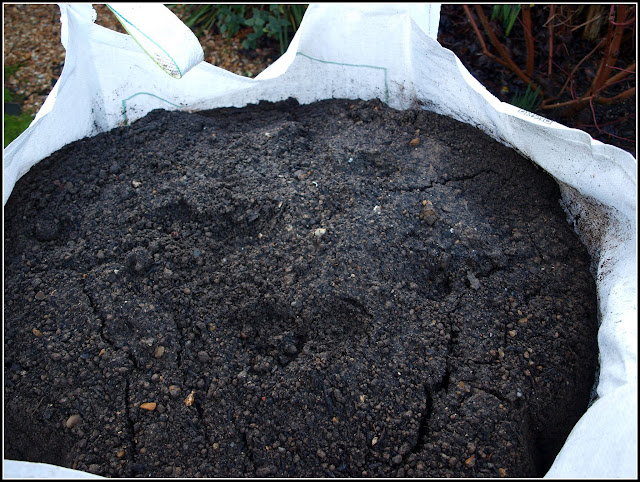 I have also today ordered the wooden sleepers for the raised beds, to be delivered next week. This time I am planning to construct two new beds, each requiring six sleepers. Once those are done I'll make a decision on whether to do the final two. "Rome wasn't built in a day" they say!

Jane said to me today "You're soon going to have to find a use for those great big bags" (the one from the topsoil and the half-empty one from the shingle I bought last year). I said "I already have. I'm going to use them for storing leaves in the Autumn." 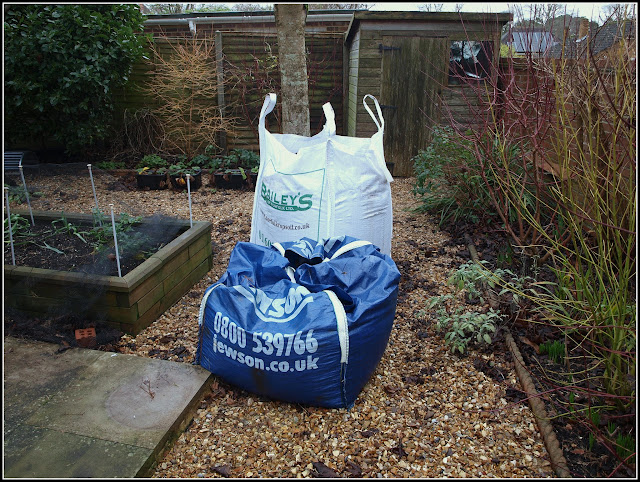 Actually they will also be handy for taking rubbish to the tip.
Posted by Mark Willis at 12:00