At this time of year most serious gardeners are thinking deeply about what plants they want to grow in the forthcoming year. Our current dismal weather conditions are not conducive to real gardening, so armchair gardening is the order of the day... 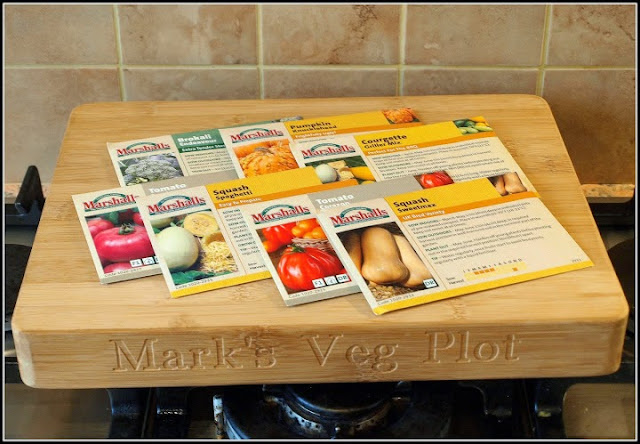 Lots of seed-merchants send me their catalogues - some of which I browse - but these days I use the internet for most of my research and purchasing. I put into my browser the name of a plant, or a variety, such as "Radicchio Firestorm" and see what comes up. This is a good way to do price comparisons too. The difference in price between one merchant and the next can sometimes be huge. Lots of the big seed-merchants charge way too much for their seeds - maybe £2.50 to £3.50 for a pack - but with a little research you can usually find the same thing for 50p or 75p. The only trouble is that you can seldom get everything you want from just one supplier, and paying out 3 or 4 lots of Postage and Packing may turn out to be prohibitively expensive.

Buying seeds from a Garden Centre is not necessarily the best plan either. OK, you can avoid the postage costs, but some GCs still charge an awful lot for their seeds, so you have to be careful what you put in your basket. I find that seeds purchased in this way (i.e. by physically placing them in a real basket) are often less well-considered than those made at home via the computer - in other words the true "Impulse Buy". On the other hand you can sometimes get some real bargains in shops (as opposed to Garden Centres). If you haven't discovered them yet, have a look in your local Wilkinsons shop: their own-brand packs of seeds are excellent value, though the range is limited mostly to fairly basic varieties. There is an online shop too - Wilko.com, where you can get seed packs for as little as 40p. Likewise, Morrisons supermarkets often have some very good-value seeds, though their range is again limited, and stock variable.

This year I am trying to be fairly disciplined in my seed purchasing. I know that with all the re-arranging of raised beds that I am planning to do, my growing arrangements may need to be adjusted. I am going to stick mostly to "safe" crops. By this I mean that this year I'll not be experimenting with new vegetables, but going for the ones I am thoroughly familiar with, like lettuce, parsnips, potatoes Runner Beans and PSB. 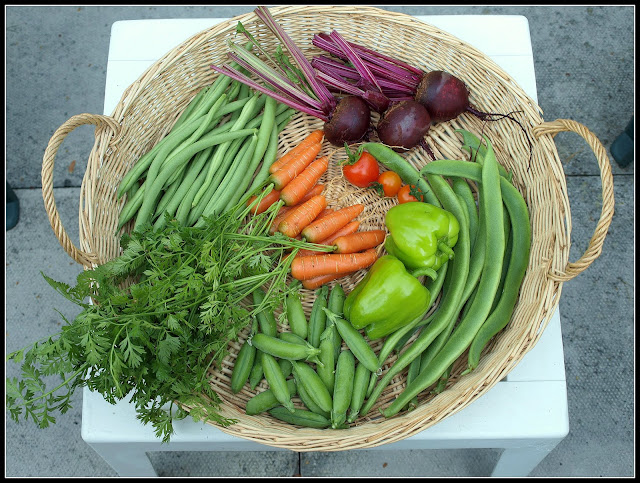 ...along with a couple of recent good discoveries: 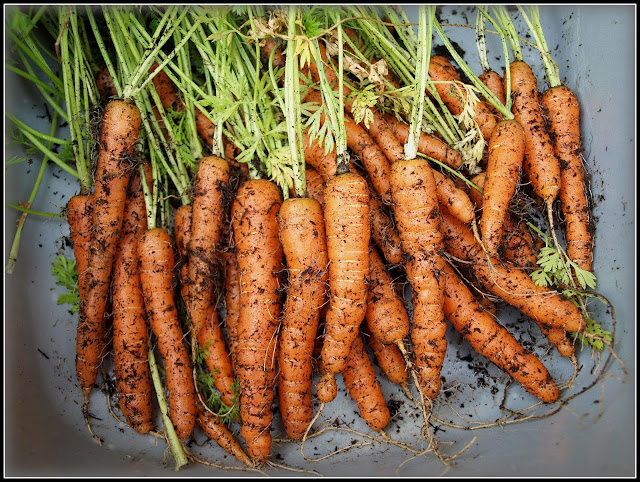 Of course I will again be growing several varieties of tomato and chilli, but this year I don't think I'll be buying many seeds, because several of my friends have sent me seeds. I have many more tomato and chilli seeds than I could ever manage to grow! 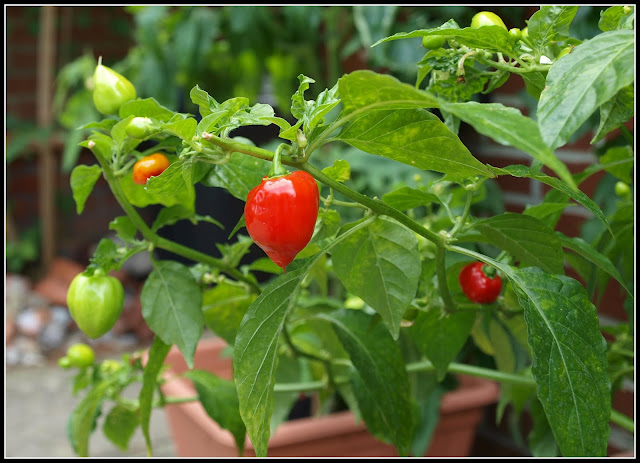 My seed potatoes will most likely be purchased at the Hampshire Potato Day again, just as in the previous two years. Last year I also bought Broad Beans and Runner Beans at the same event. They were very keenly-priced and went on to produce good crops. Heavy items like beans, onions, potatoes, etc can incur big shipping costs, so picking them up in person is the sensible thing to do. 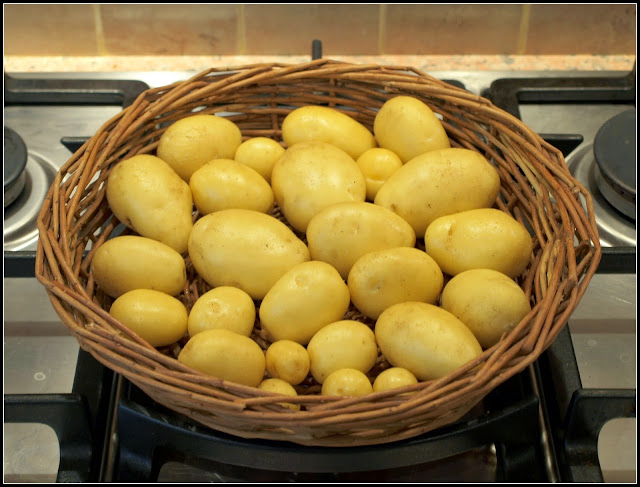 Another thing I have done this weekend is to have a thorough weed-out (yes, pun intended) of my seed box. I have discarded lots of old, out-of-date packets of seeds, and some of things I am never likely to grow. Rather than throw the seeds in the bin, I tipped them out of their packets into a plastic pot-saucer and put them outside for the birds to eat. Of course this procedure has the added advantage that my seed-box now has room for new purchases! Just in case you're interested, my seed-box is a large cardboard box that once held a pair of shoes - well, boots, actually, it is quite large!).

Despite the possession of a "Growlight House", this year I am going to try hard to avoid sowing seeds too early. 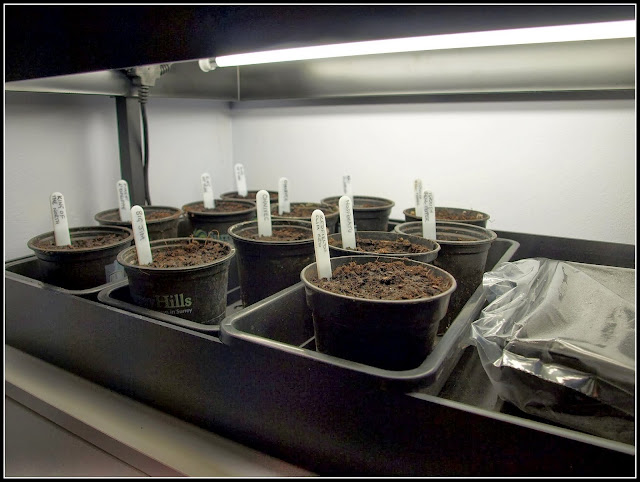 Most gardeners are impatient and want to get going with seed-sowing in early January, but it is usually better to wait until the days get longer and the light levels improve. I would normally also say "until the weather warms up", but this year that doesn't apply. Our Winter so far has been exceptionally mild. Here in Hampshire we have got off quite lightly, but other parts of the country have had weeks and weeks of strong winds and abundant rainfall, so the ground in those areas will probably need much longer than usual to dry out in the Spring. Normally the first seeds I sow are chillis, and I sow them on or about Valentine's Day (14th February), but I am aware that last year I wrote prominently at the top of my "Sowing Dates for 2015" document the words "Note to self: sow chillis and tomatoes LATER next year!", so I had better follow my own advice. In the meantime then, more planning...
Posted by Mark Willis at 07:00