Making the most of your PSB

The big central head of a Purple Sprouting Broccoli plant, and the "primary" sideshoots just below it are the most desirable part of the plant, but my message today is "Don't overlook the rest of it."


When the primary sideshoots have gone, smaller secondary ones will appear, so don't be in too much of a hurry to clear the plants away. Growing PSB takes about 9 - 10 months, so another week or two surely won't hurt!


Even when the secondary sideshoots have been used you may well get a small crop of tertiary shoots. Here you can see some sprouting from the stump of a secondary shoot. 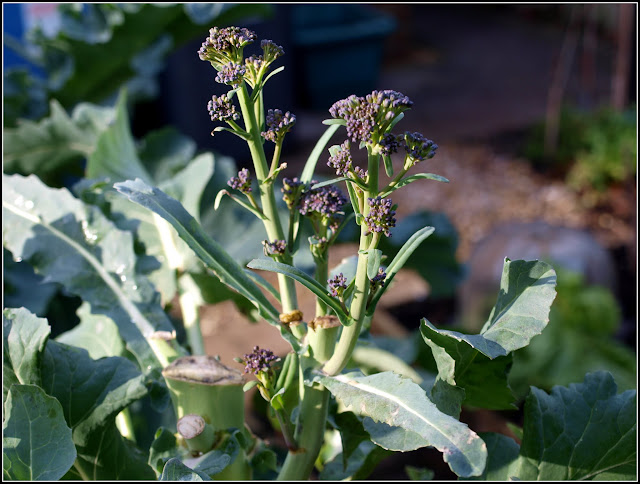 Evidently, these later shoots are smaller, as you would expect, so you need more of them to make a meal, but they are still definitely worth having! Here is the same shoot after cutting: 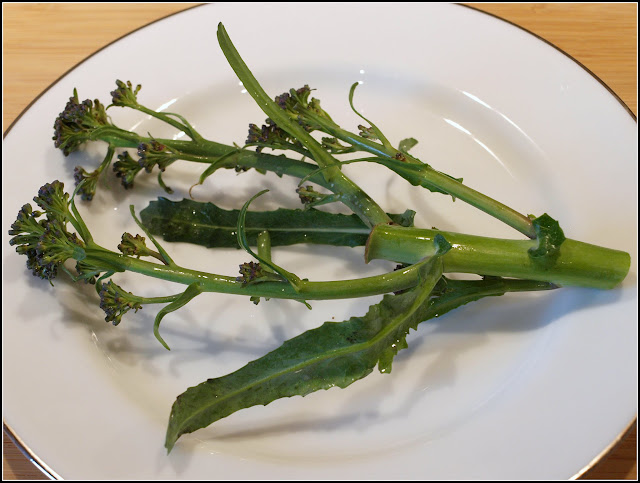 To prepare it for cooking, I cut off and kept the three flowering shoots but discarded the thick (probably tough) stem. 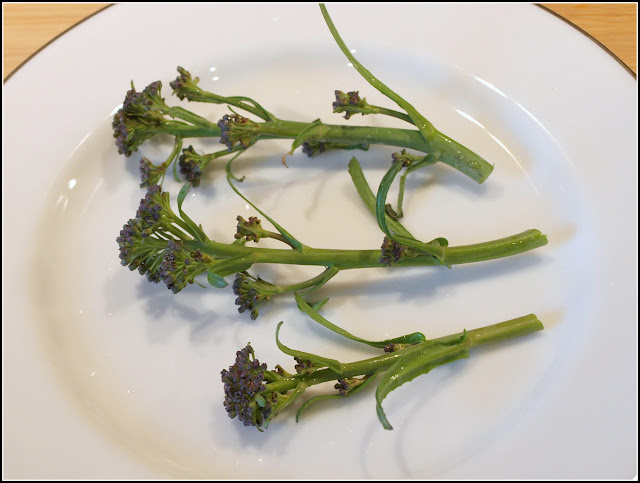 I don't normally do this, but you can also use the leaves of PSB as general-purpose "Greens". The big leaves are tough and stringy, so you need to use only the very small ones. 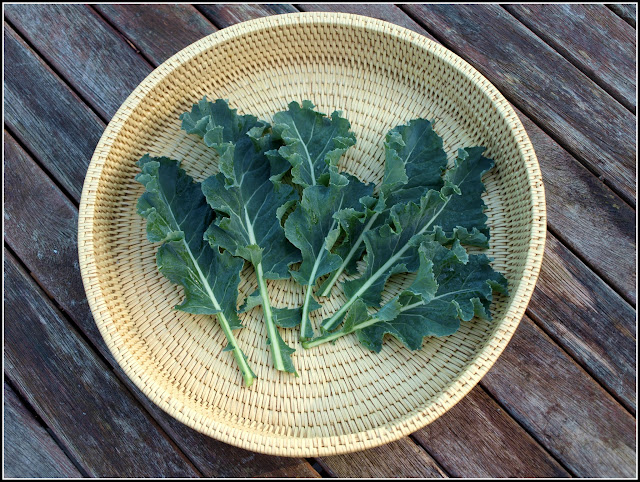 If you can afford to leave the plants in the ground they will eventually produce a mass of tiny yellow flowers which are very attractive to bees. 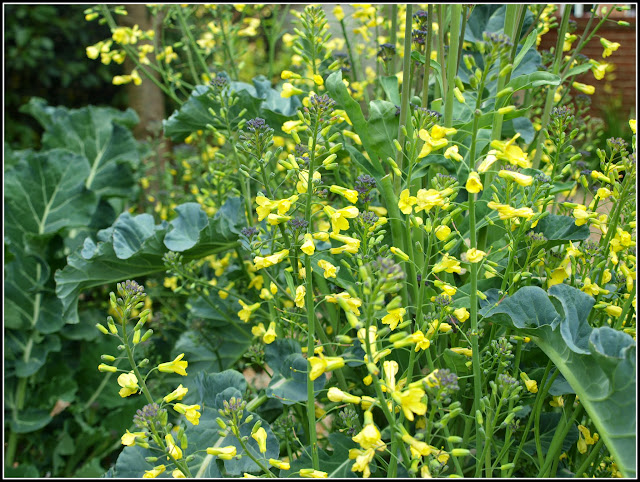 Growing PSB requires a lot of patience, but in my opinion the rewards justify the wait!
﻿
Posted by Mark Willis at 12:00