I have recently reached the conclusion that devoting one of my raised beds to Asparagus is not justifiable. When I planted mine, Asparagus was still relatively rare in the shops and quite pricey, but now you can buy it 365 days a year and the price has dropped a lot, so the VSR for this crop has been very much reduced. Furthermore, the yield from my bed of Asparagus had been far from impressive even at its best. The long and short of this is that I concluded that the Asparagus had to come up!

In my usual fashion I decided to hedge my bets by trying to keep a few of the best plants but move them elsewhere. I chose the big bottomless container in which I grew Sweet Potatoes last year. It is located next to one of my compost bins, by the fence on the sunniest side of the plot. 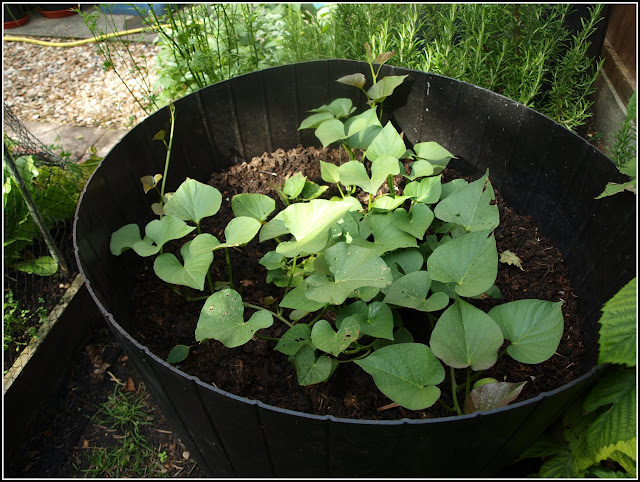 Yesterday I did the task: 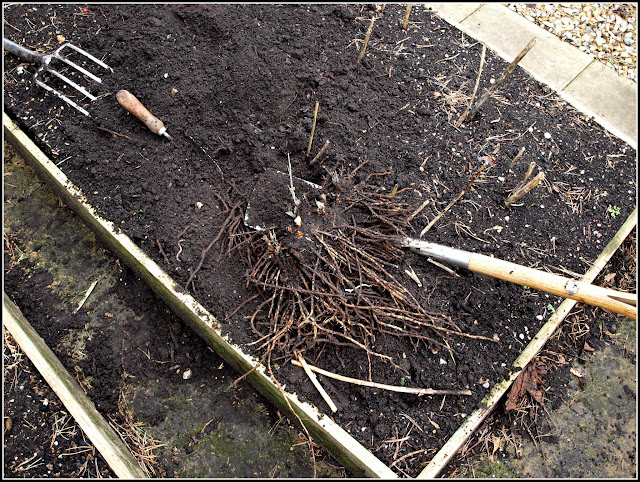 Digging up the crowns was not an easy task, because each one had a mass of roots, which were entangled with those of its neighbours. Inevitably many of the roots had to be severed before I could get the plants out of the ground.


I chose the four strongest-looking crowns and moved them over to their new home. 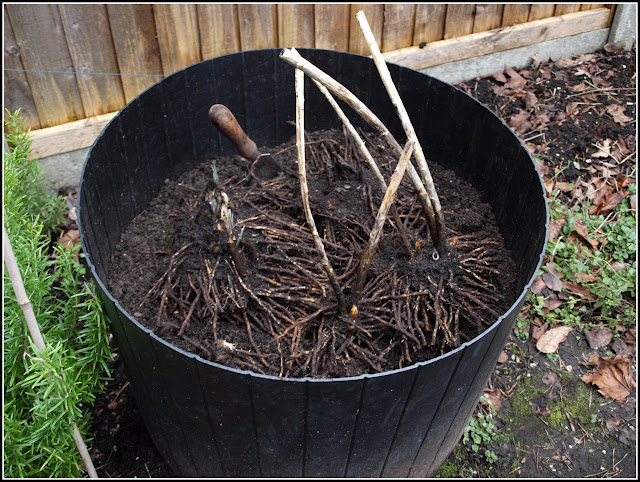 I had previously enhanced the soil in this tub with some of my newly-acquired topsoil.


Once I had arranged the four crowns in the tub I covered them with a layer of the new topsoil and watered them very thoroughly to ensure that the soil was washed in amongst the roots. Finally I added another thin layer of dry soil on the top. This will help to reduce moisture loss while the Asparagus settles in. 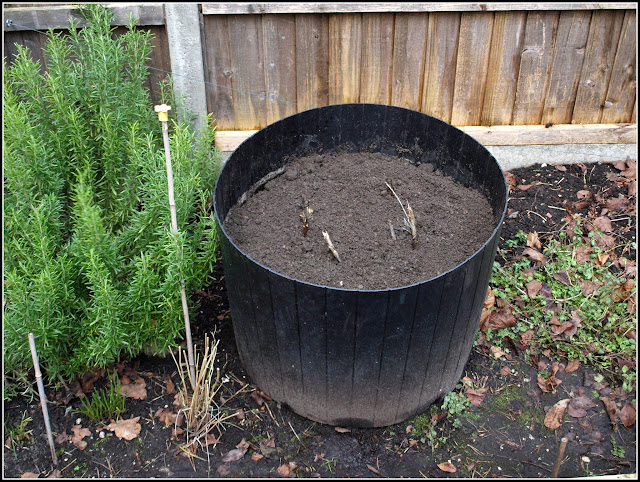 I'm not sure that the transplanted crowns will thrive or even survive, but I reckon it's worth a try. The other crowns have been consigned to the pile of stuff awaiting transport to the tip. Meanwhile the vacated raised bed is ready for its impending upgrade. I haven't yet decided what its first crop will be, but it will probably be salads.
Posted by Mark Willis at 12:00