This week I picked another batch of Purple Sprouting Broccoli from my "Red Spear" plant. 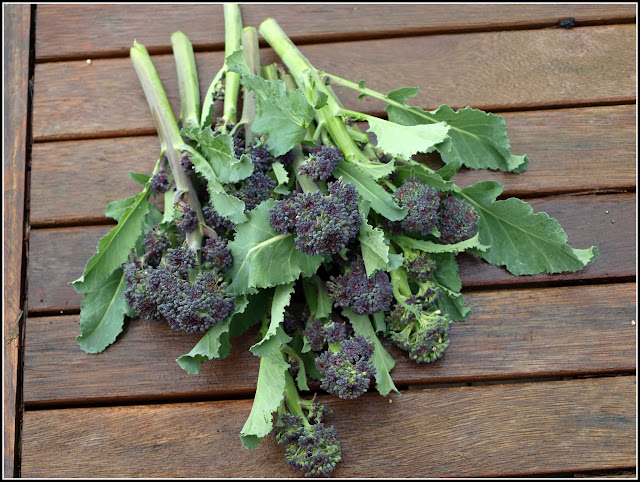 Usually when I pick PSB I try to pick just enough for a two-person serving, though sometimes a lot of spears come on at the same time and it makes sense to pick them all before they become over-mature. You can tell when they are "going over" because the spears will be much looser and the flowers will begin to show some yellow colour. This batch was just right - 12 nice tight little spears. 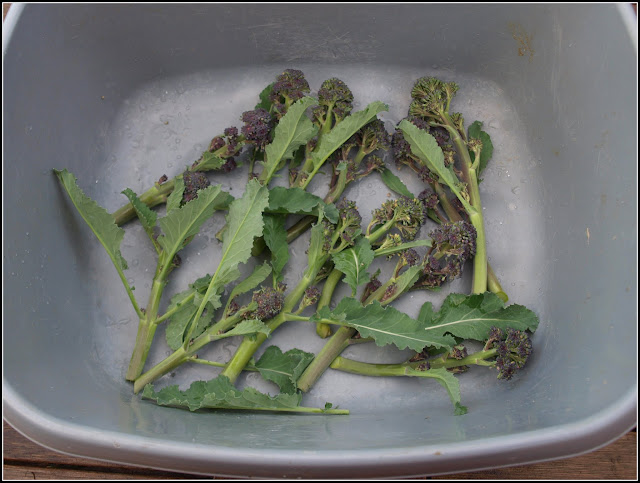 Jane is less keen on PSB than I am, so I think the fact that this year I have only grown 3 plants instead of the usual 5 or 6 was a good thing, from her point of view. :)

I also picked a batch of Leeks. They are really skinny little things - more like Spring Onions than Leeks. in my defence I must say that I don't think it was just me that found that 2015 was a poor year for Leeks. 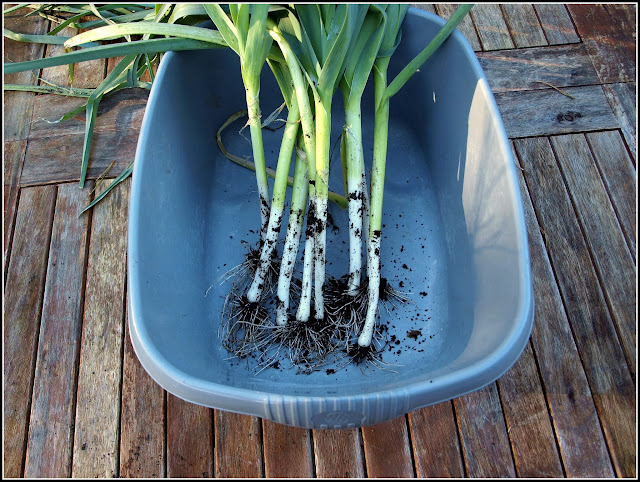 I'll just pretend that they were deliberately grown to be Baby Leeks, which for some curious reason seem to me treated as a gourmet vegetable far superior to full-grown ones. 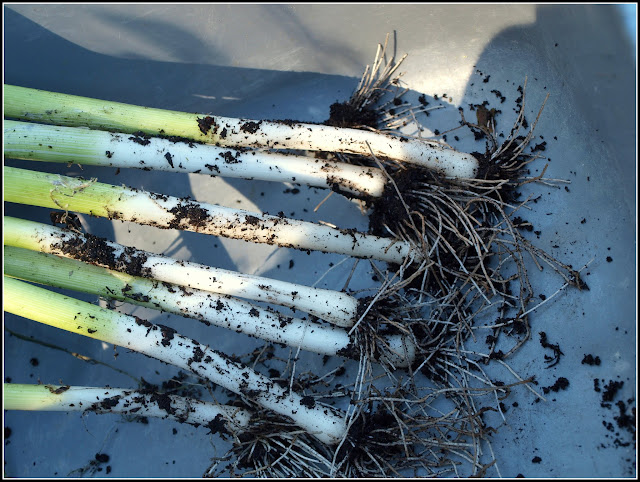 They were certainly nice the way I cooked them - braised in chicken stock and butter! 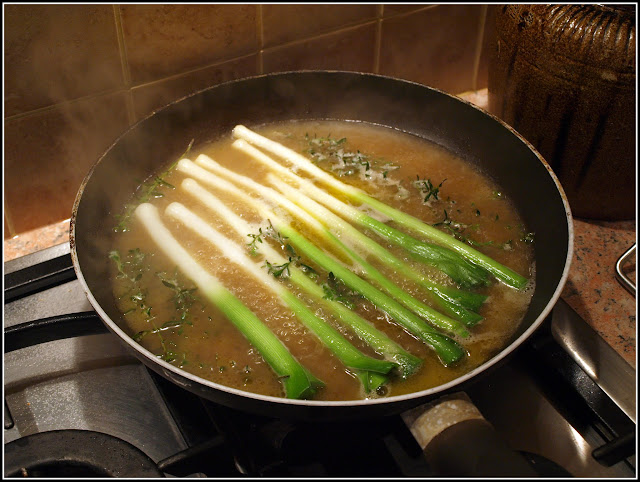 Next, a Brussels Top: 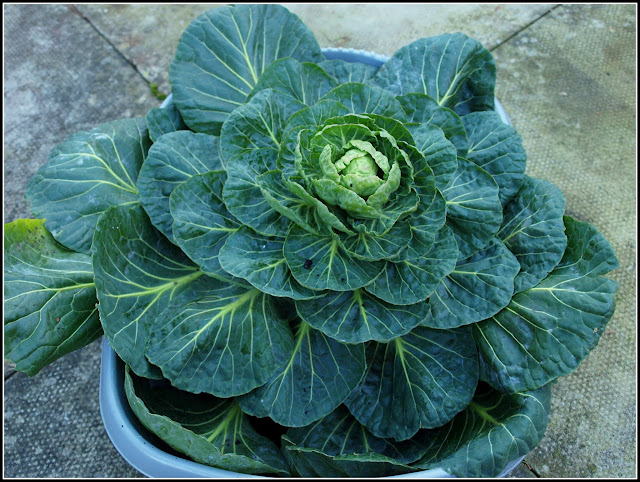 I harvested it mainly for the Cabbage-like leaves, but there were also a few remaining sprouts - tiny but delicious. (Just ignore the Whitefly. I washed the leaves VERY carefully...) 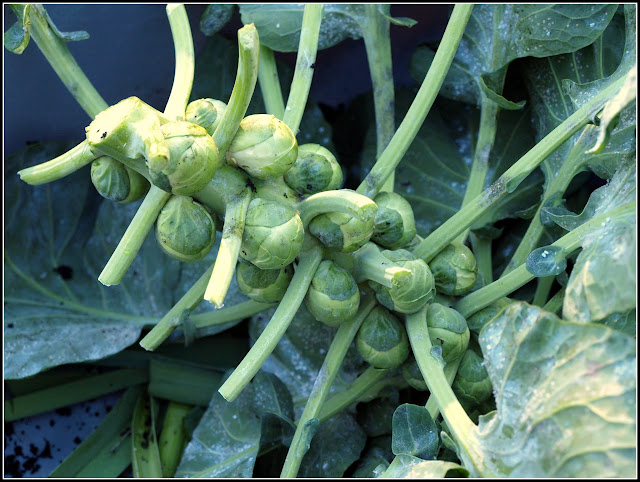 I use the leaves of the Brussels Top for making Bubble-and-Squeak cakes: 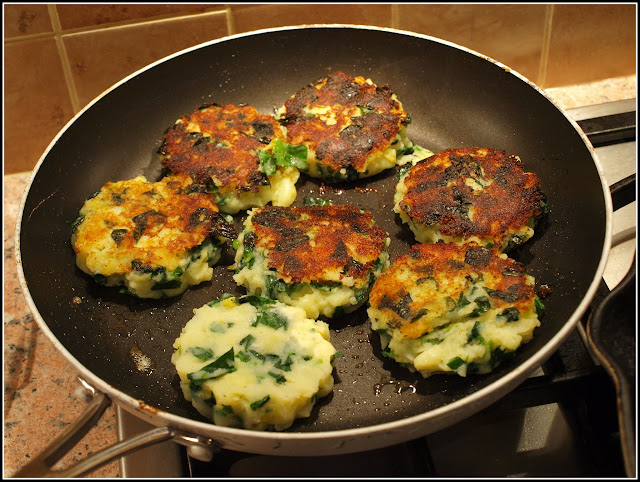 The little tiny sprouts will be thrown in with the next batch of full-size sprouts I harvest. Two of my four BS plants are finished now, so that means there are still two more to come.

This is my contribution to Harvest Monday, currently hosted by Michelle at From Seed To Table, so please stop by there and see what other gardeners have harvested this week. 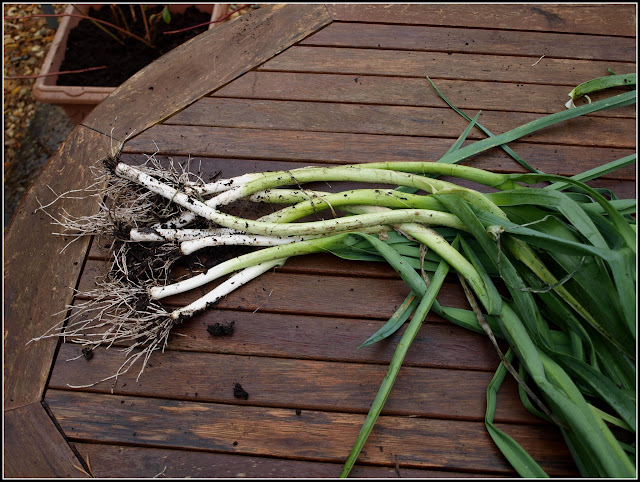 I think I picked them just in time, because I noticed this on one of the leaves - the Leek Rust fungus. 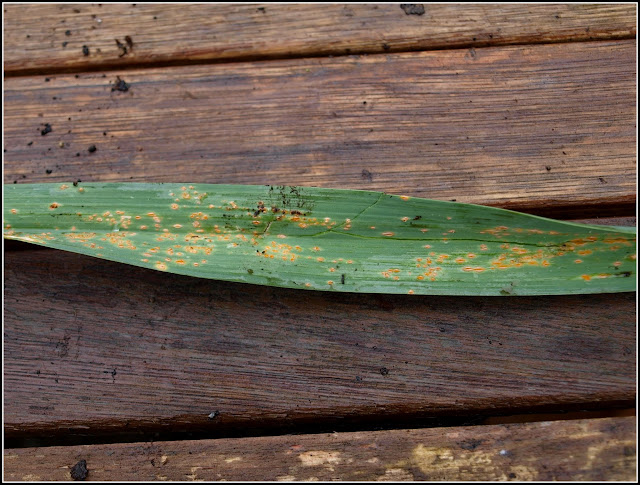 Although Leek Rust is not fatal, it can seriously reduce the vigour of Leeks, and mine are not very vigorous anyway!
Posted by Mark Willis at 12:00