Fresh vegetables from the garden are in short supply at present. Winter paid us a brief visit for a few days, bringing temperatures as low as minus 7 Celsius in our neighbourhood, though unlike many parts of the country, only a brief dusting of wet snow that didn't linger. The severe frost put paid to most of my Endives, but one or two of those under cloches are still hanging on. This one was really too small for harvesting, but I reasoned that I might as well pick it before it succumbed to the weather: 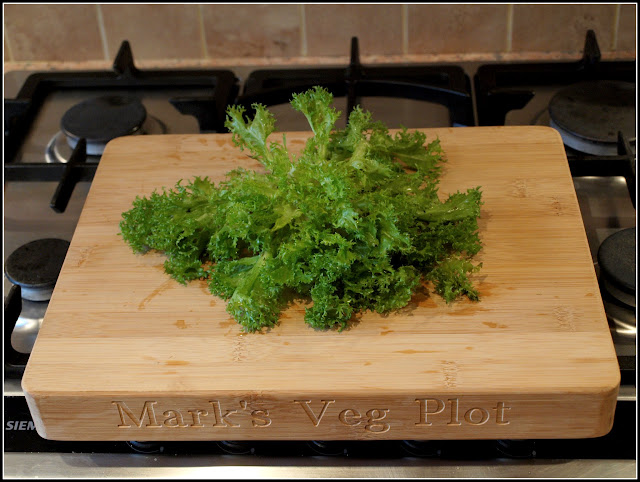 Along with a few leaves picked from the remaining Lettuces, and some bought-in Cress and Watercress, it made quite an acceptable salad. 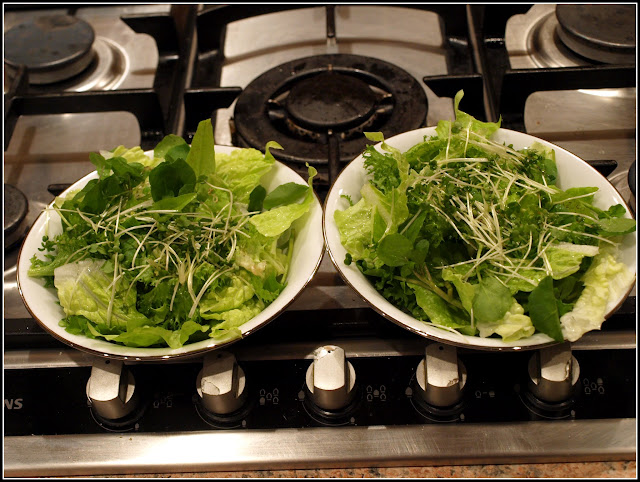 Another Celeriac met its end in the kitchen too: 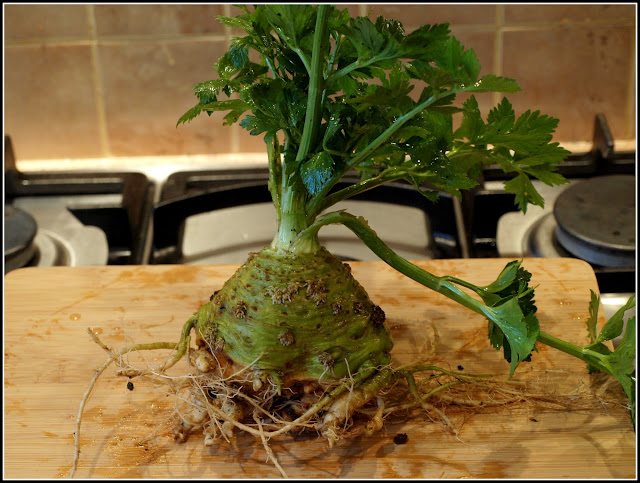 This one went into that "Pasticcio"-like dish I made on Saturday, along with some of my final batch of Carrots, which are still going strong. 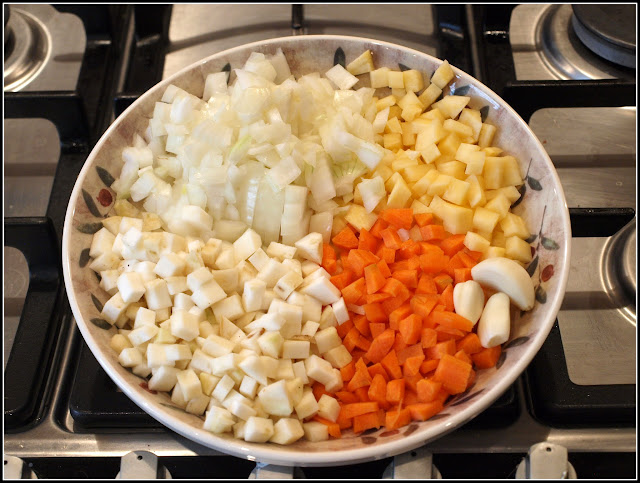 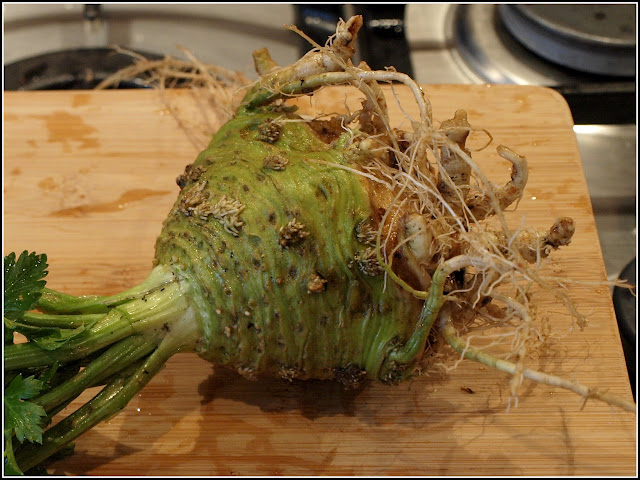 The size of my Celeriac is still disappointing, but I am pleased that they are slightly bigger than anything I have previously produced (This is a figure of speech called "damning with faint praise"!) The taste is good though -very strong. I kept the leaves too, for use at a later date as flavouring for stock. 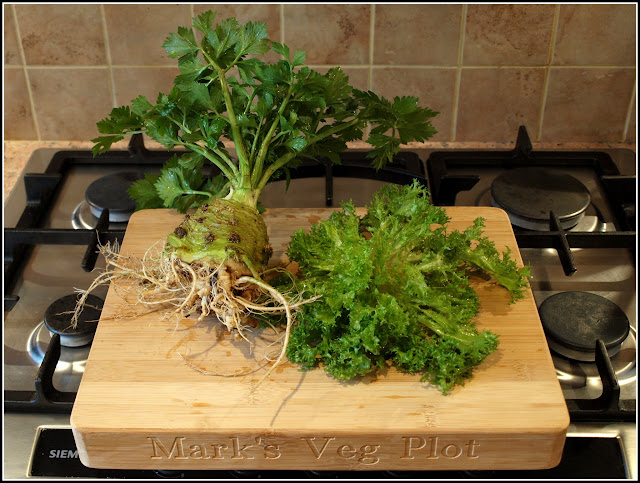 This is my contribution to Harvest Monday, hosted once more by Michelle at From Seed To Table, so please visit her site to see some more harvests.
Posted by Mark Willis at 12:00