Well, in view of current weather patterns, a sunny day is certainly something to write about! On Sunday (appropriately) we had our first significant spell of sunshine for some considerable time, and it was nice to be able to get outside in the garden for a while. 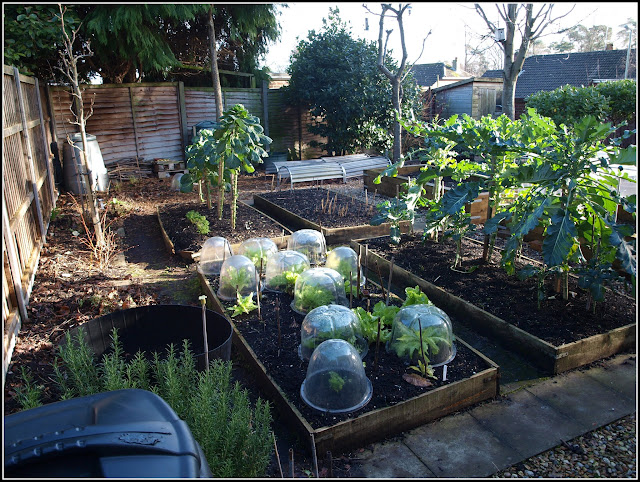 I took the opportunity to prune my Pear tree (seen in the photo above at extreme Left, next to the fence), and I cut down the canes of my remaining Raspberries. Did I mention that I had dug up most of my Raspberries because I had concluded they were virus infected? Yields had been declining over the last couple of years, and the leaves have been pale and mottled.

While I was working, a Robin followed me around, watching closely for any feeding opportunities. I tried to get him to pose for me, by placing a couple of worms from the compost bin on one of the raised beds. It was only partially successful: I never got any decent photos. This is the best of a bad bunch: 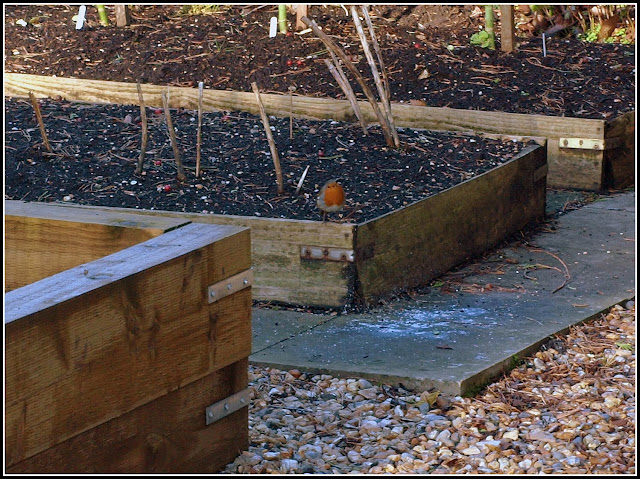 Since it was sunny I opened the lid of my cold-frame for an hour or so. Winter light levels are always poor, and plants in a cold frame really appreciate a bit of sunshine if they can get it. In my cold frame are some herbs, some Heuchera cuttings and one solitary Osteospermum plant which I grew from seed last year. If you have a cold frame, it's a good idea to wash the glass / polycarbonate every now and then, in order to improve light levels inside it. 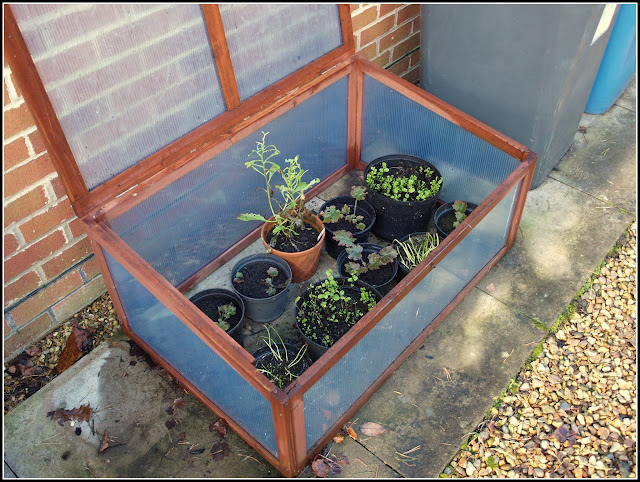 Talking of herbs, this Rosemary plant is enjoying the sunshine, evidently! 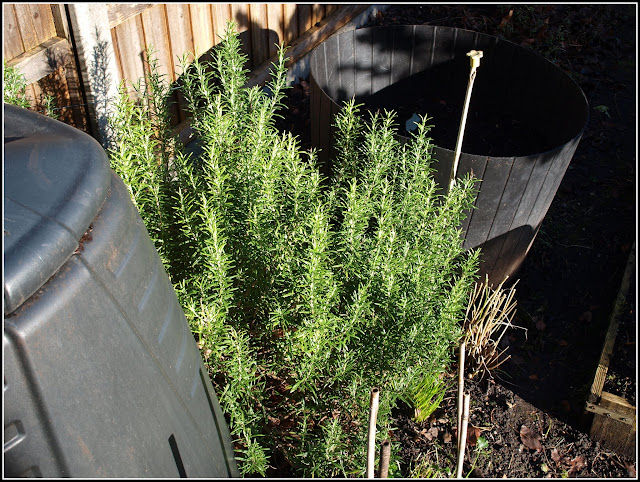 Unfortunately none of the Rosemary cuttings I took in the Autumn rooted, so I'm glad that their big parent is still going strong.

Lots of my bulbs are producing buds now, so I have re-arranged the pots, to put them in more prominent positions. This little group is now right outside our Living Room's glass door. 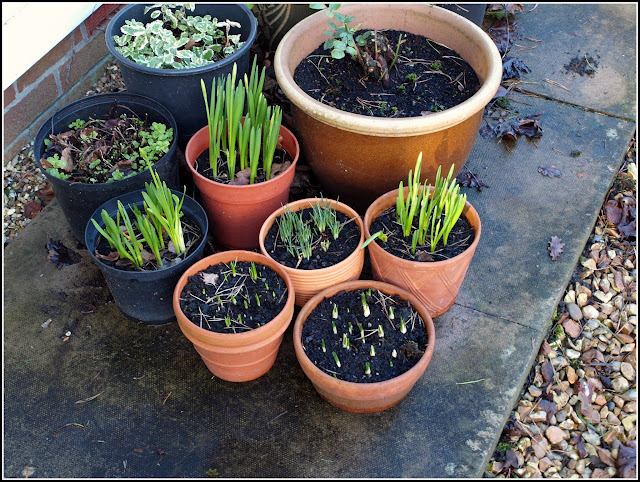 The weather forecast for then next few days is for a spell of drier but much colder weather, including some frosty nights. In view of this I have moved my two Pelargonium plants under cover. This one is in the garage now:


To be honest, I had not been intending to keep the Pelargoniums through the Winter, and by this time I would have expected them to have been killed off by frost, but since they are still going it seems sensible to try to keep them for another year.

This one is in a plastic mini-greenhouse. Notice that it is flowering. In January this is most unusual!


On the top shelf is my tray of Gourmet Salad Mix. I moved it out here because some of the seeds were germinating and immediately going long and pale. The archetypical "sunny windowsill" doesn't exist in our house at present!

If you follow me on Twitter you will have seen this next photo already. It shows a Brussels Sprout leaf badly infested with aphids. We haven't had the really cold weather that normally kills these things off, which doesn't bode well for the year ahead. 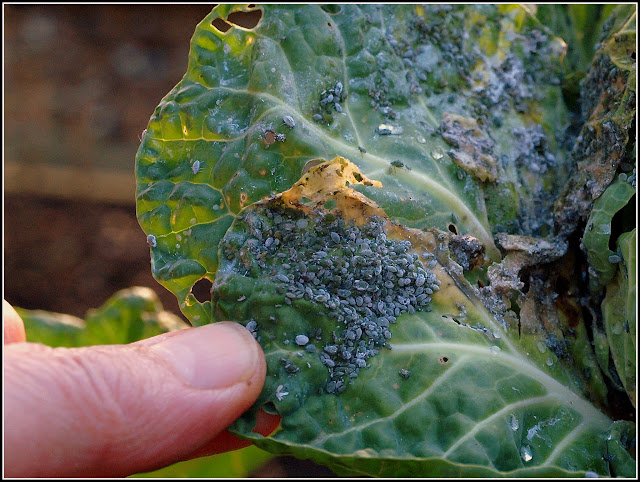 The leaf in the picture looks thoroughly disgusting, and of course it is tempting to pull it off and dispose of it, but I didn't do that. I left it in place. My reasoning is that if the aphids are enjoying an old leaf on a plant whose sprouts I have already harvested, then they are not attacking something else more precious to me! This is what you might call a "sacrificial" plant.
Posted by Mark Willis at 12:00