A couple of days ago I wrote about taking some Bay cuttings, with a view to starting off a couple of new trees. I have been growing Bay trees for about 30 years now, and I can tell you that the most common problem I have had with this plant is the Bay Sucker, Lauritrioza alacris. I note that "alacris" means swift - presumably a reference to how quickly the beggars proliferate! The insects themselves are small and grey - very unobtrusive - but the damage they do is very unsightly. 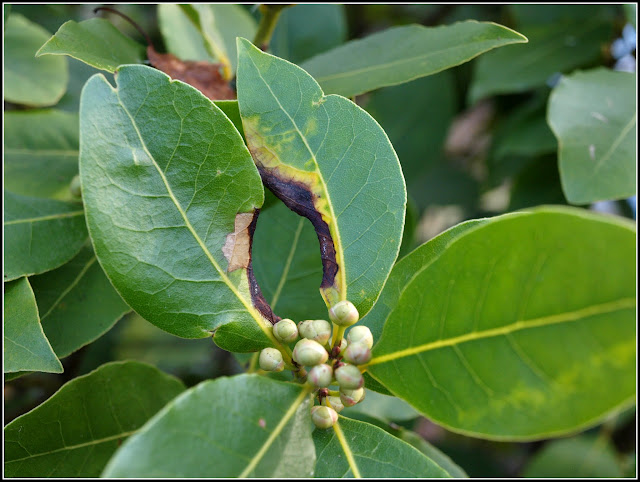 Both nymphs and adults of this insect suck sap from the leaves, causing the edges to curl over. The damaged leaves go yellow and then eventually brown and dry. For some reason only one edge of the leaf is attacked. 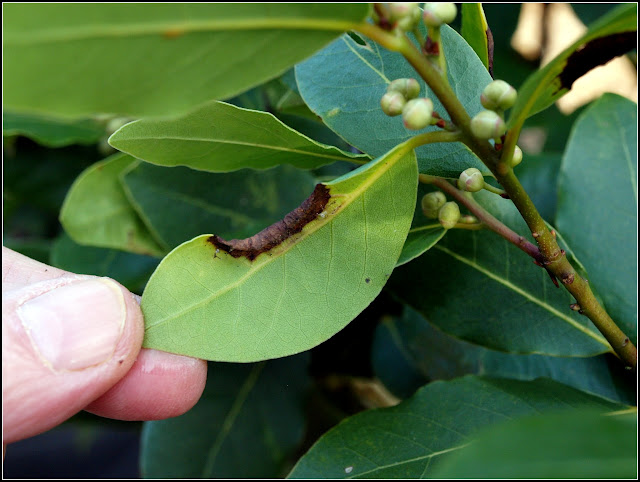 The damage is worst during late Spring and Summer, when the Bay foliage is at its most succulent. Between May and September two or three overlapping generations of the insect are produced.

The damage caused does not materially reduce the vigour of the host tree, but a severe infestation does make it look pretty bad, which is not good when the tree is an ornamental one! I try to pick off most of the affected leaves while they are still at the yellow stage (i.e. before they go brown), because the insect eggs are laid under the curled-over leaf. This seems to keep the problem reasonably under control. Right now the trees are just producing their flower buds, and there aren't too many brown leaves. 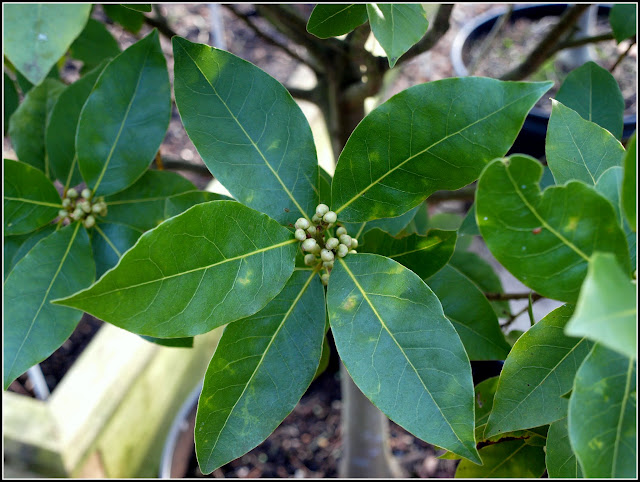 Unfortunately the adult Bay Suckers are very hardy and seem to be able to survive even severe Winter conditions. Some years the infestation has been so bad that I have resorted to chemical control. The recommended insecticide is the Provado Ultimate Bug Killer, but you have to be aware that only one application of this stuff per year is allowed, and that you must not eat any of the Bay leaves for at least 14 days after spraying.

This is another common problem on my Bay trees - leaf-browning, particularly prevalent on the old mature tree. 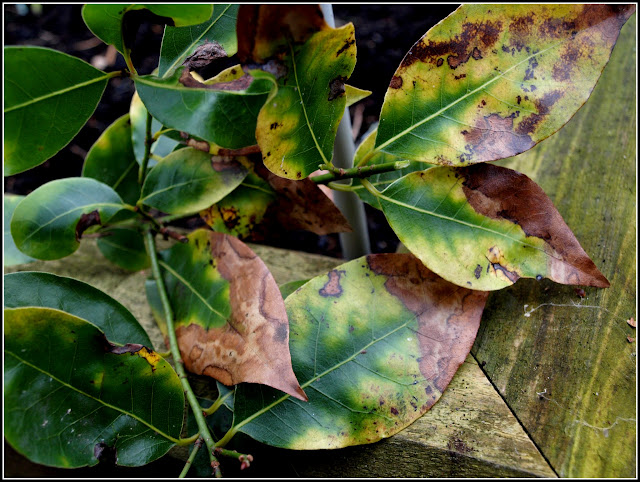 This may be the natural leaf-shedding of the basically evergreen Bay tree. Its leaves do have a finite lifetime and do fall off eventually, but I'm not convinced that this is what's happening here, because the yellow / brown leaves are often at the tips of twigs, not at the bases where the older leaves are. Researching this, I reckon the problem might possibly be caused by weather and soil conditions. Dry soil / insufficient watering and cold windy weather can cause symptoms like these.

And what do you make of this? Some of the leaves have yellow spots, often within a raised bump. This doesn't look natural to me. It looks as if it might be caused by insect damage. 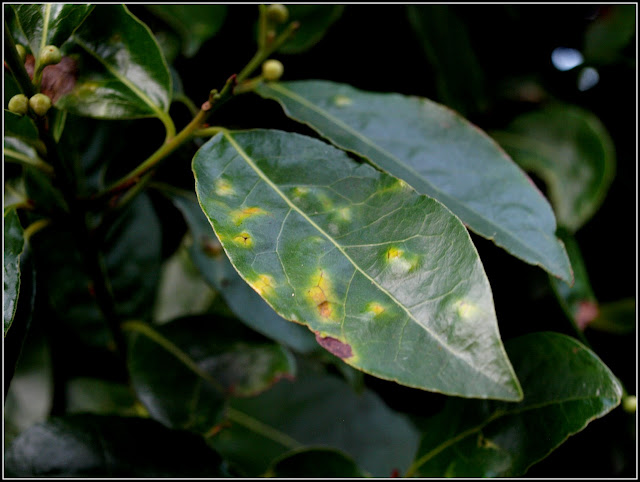 Interestingly, some of the leaves with yellow spots have a very different shape to the normal leaves. They are much more rounded and lack the usual sharp point. Could it be that a disease causes the leaf-shape to alter? 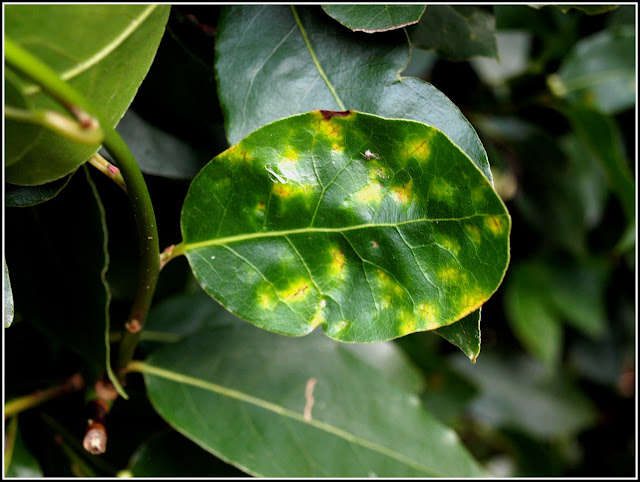 Until now I hadn't looked this closely at my Bay trees. I almost wish I hadn't now! From a distance they look fine, but when you look closely there is a lot to worry about... Still, looking on the bright side, I still have zillions of unaffected leaves to use in our stews and soups.
Posted by Mark Willis at 12:00