Not much is happening in my garden at present. Several of the raised beds have been cleared, and are standing empty ready for the new season. 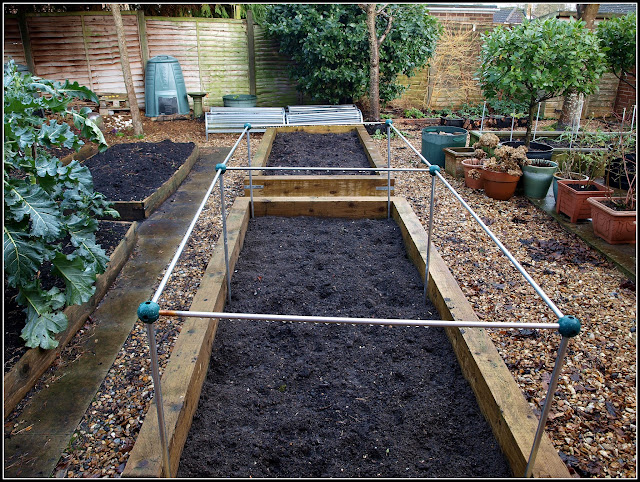 I recently added some pelleted chicken manure and some Growmore general-purpose fertiliser to the vacant beds, in order to give them a boost for later on. Now is a good time to do this, because the fertilizer will have some time to permeate the soil before anything gets planted. I didn't add any fertiliser to the bed in which the carrots will go, because I was worried that too much nitrogen would encourage forking.

The 2015 / 16 season was poor for several vegetables - at least in my garden. Leeks were thin and lanky; Parsnips were diseased and pathetically small; Radicchio is growing at a snail's pace, etc. I know that some things did well too (Carrots, Runner Beans, Lettuce), but I'm wondering whether my soil has become "tired". I know I always add a fair bit of home-made compost, and the occasional sprinkling of Growmore and Pelleted Chicken Manure, but is it enough? The last two years I have had problems with the commercial compost I used for Tomatoes, Chillis etc, and I have had to dispose of it rather than adding it to the raised beds at the end of the season like I normally do. I'm certainly going to make a big effort in relation to the new raised beds. About 50% of their content will be that Topsoil I bought the other day, and I have two bins of compost that need emptying, so they will make a significant contribution.

I have also just ordered some SEER Rockdust which sounds like good stuff for re-invigorating intensively-cultivated beds. It is basically pulverised rock, containing masses of minerals. Have any of my readers used this product? And if so, is it as good as the vendors claim? By the way, if you are planning to buy any of it my advice is to shop around carefully because the price varies a lot! I saw it at £17.99 for a 25kg bag, but I have bought mine for £8 a bag from Tuckers Country Stores, based in Devon. (Now I expect someone will tell me they got it even cheaper than that...)

As many of you know, my Purple Sprouting Broccoli is way ahead of its normal schedule this year, and at the rate it's going I'll be able to dig up the spent plants by about the middle of February. This will be a boon when it comes to getting the beds ready for Summer crops. In my garden, PSB is normally followed by climbing beans, which can't be planted out until fear of frost has passed.


The Brokali plants, growing underneath the PSB, have been OK but unremarkable. I think they would have done a lot better if they hadn't been so over-shadowed. This is the first time I have grown Brokali and as they say "The jury is still out". I might give it another try, but then I might not. In terms of volume, it can't compete with the PSB, and the little spears seem to develop exceptionally slowly. 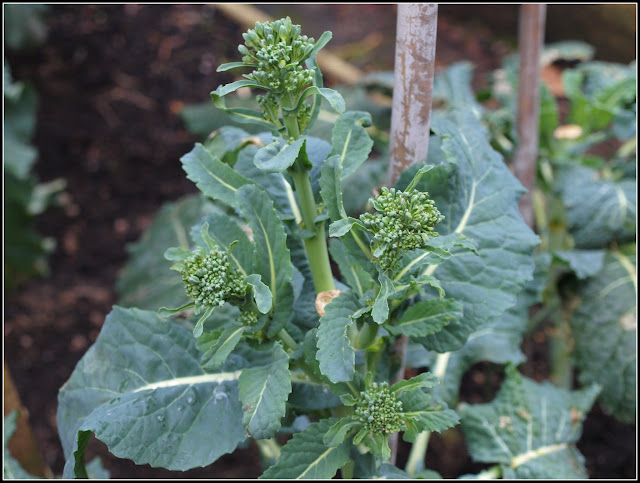 To finish today's post, here's a photo of the Dogwood bushes shining in the weak Winter sunlight a couple of days ago. 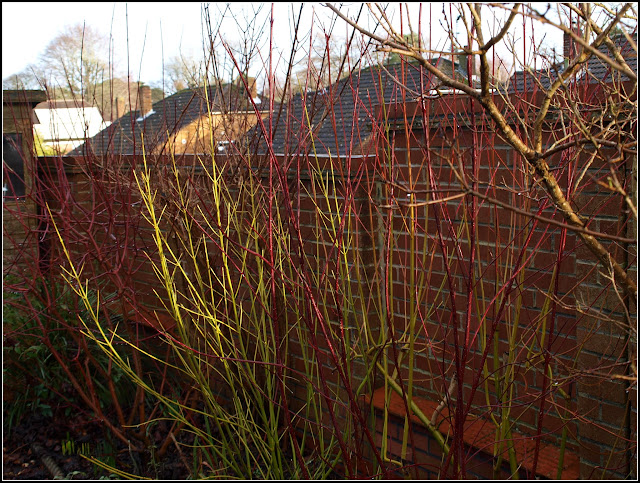 It's actually quite hard to take a photo that does them justice. (Believe me, I have tried frequently!). It will soon be time to prune them again. I do this each year, in February. Over the years I have experimented with several techniques and I have now settled on a good way to get plenty of stems from each plant, like this one:- 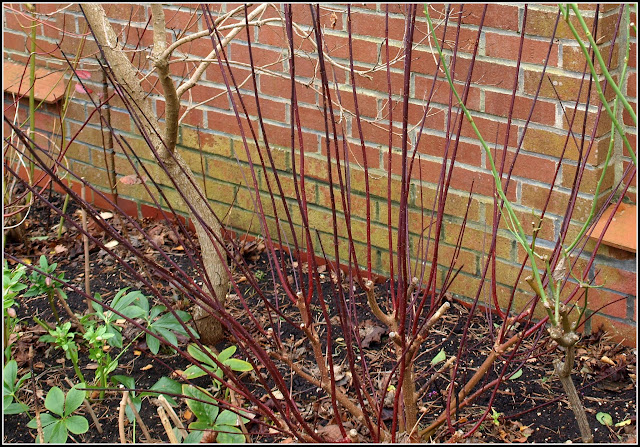