Well, here we go again - the start of a new gardening year. In January I don't typically have much in the way of harvests to show off, but on this occasion I do have some Leeks: 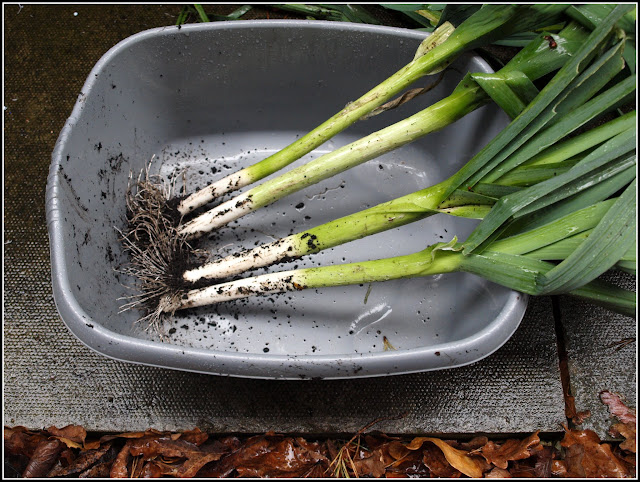 My photos are taken from the back doorstep because it was pouring with rain and I didn't want to linger outside longer than necessary. I just grabbed the Leeks and ran inside.

I have three different varieties of Leek this year - Apollo, Toledo and Winter Giant - but to be honest, they all look the same to me. These four are a mix - there are two of Apollo and one each of the others, but don't ask me which is which! I don't think any of them justify the name Winter GIANT. 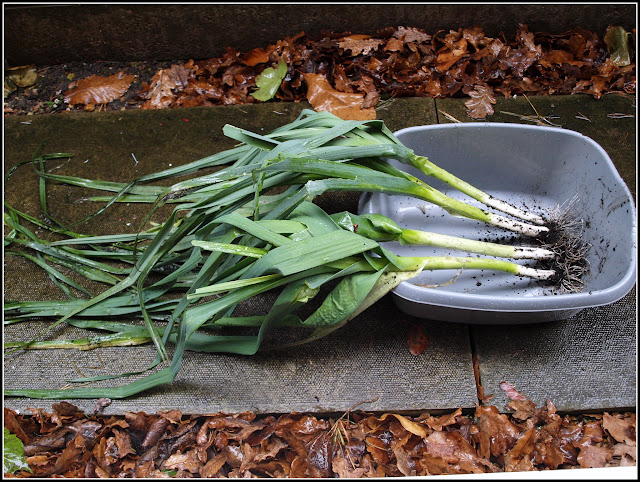 You can see in the photo above how long the leaves were. Some of them are nearly four feet. Unfortunately those big green leaves are not so good to eat, and it is just the "stem" of the vegetable that we eat. I think it is sometimes referred to as the shank, or the barrel. 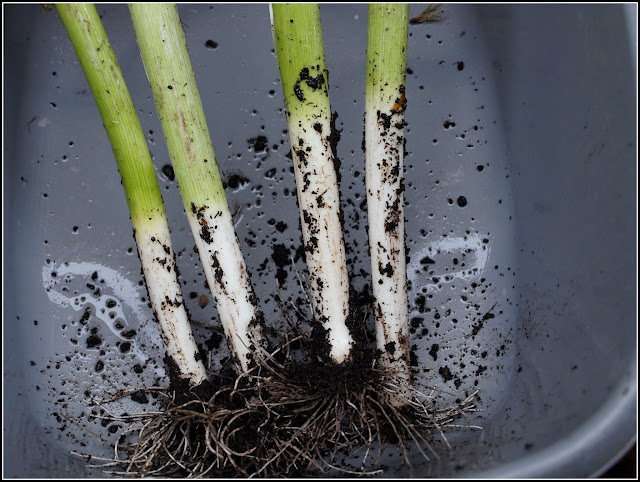 Traditionally, the lower part of the Leek is blanched by burying it deep in the soil.


You may wonder why I was out harvesting in the pouring rain. Well there are two reasons: first, it hasn't stopped raining for days so there was no point in waiting. Second, we needed the Leeks to go in a Leek-and-Turkey pie to finish off the turkey from our New Year's Day meal. That definitely wouldn't wait! 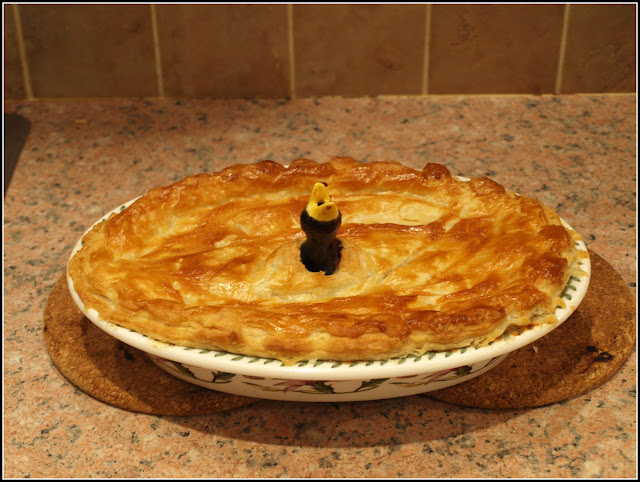 In addition to the Leeks, I have also harvested another small batch of Purple Sprouting Broccoli. 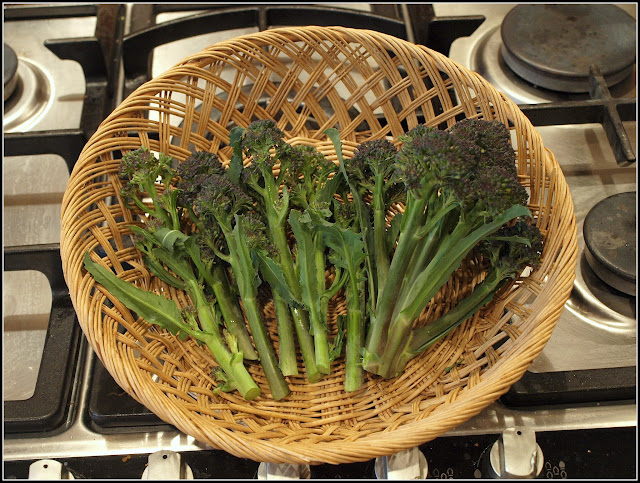 This is PSB "Red Spear" (in the rain) 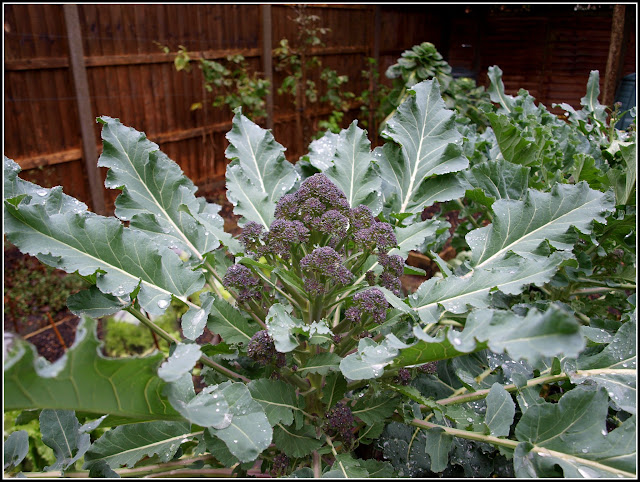 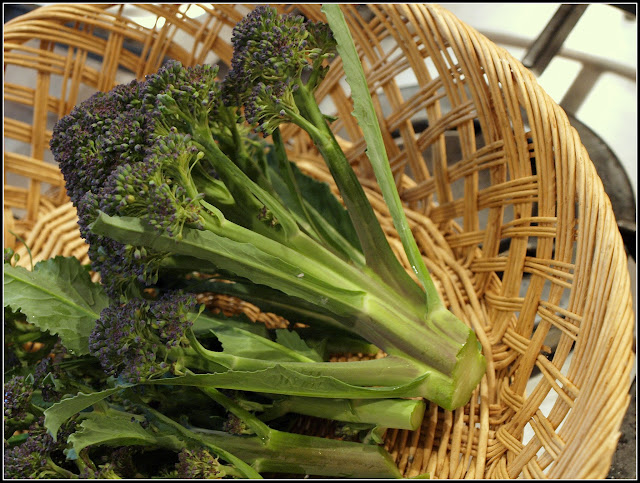 This will oblige the plant to put more of its energy into the production of side-shoots, like these: 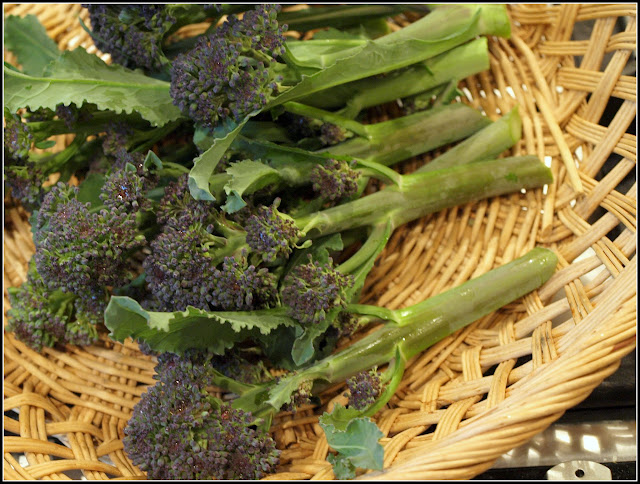 Much as I love PSB, I am concerned that it will all be over too soon, and I will have no vegetables at all in the early Spring. On the Plus side though, I suppose it means that I will be able to clear the bed in which the PSB is growing a bit earlier than planned, which will be helpful when I come to make the new raised beds. Every cloud has a silver lining, they say.

This is my contribution to Harvest Monday, hosted for the time being my Michelle at From Seed to Table, so please drop by her blog and see what other people are harvesting.
Posted by Mark Willis at 12:00