The other day, when I wrote about a couple of my Leeks having bolted, a friend suggested in a comment that it might be worth cutting them down and seeing if they would re-sprout. I thought this would be worth a try - after all, there was nothing to lose. This is the result: 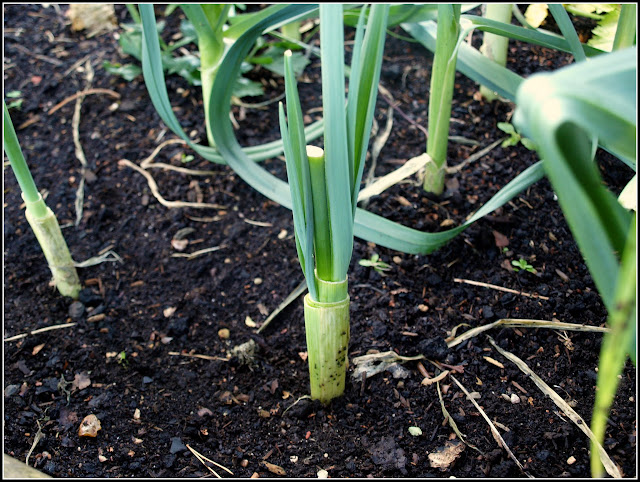 The flower-stalks have continued to grow, but as you can see, some new leaves have appeared too. 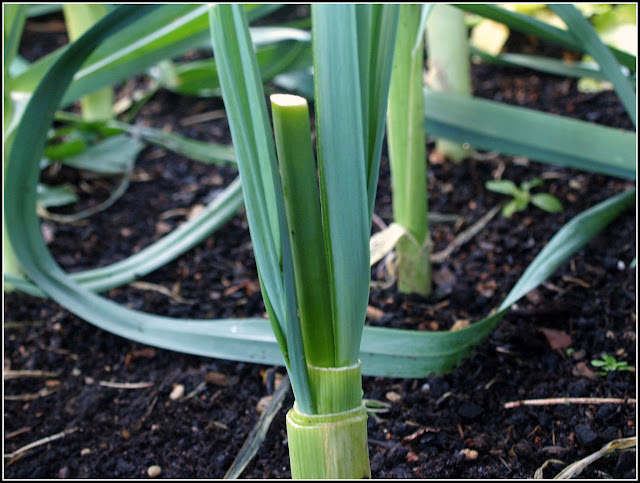 Here's another - THE other, because there were only two that needed the treatment. 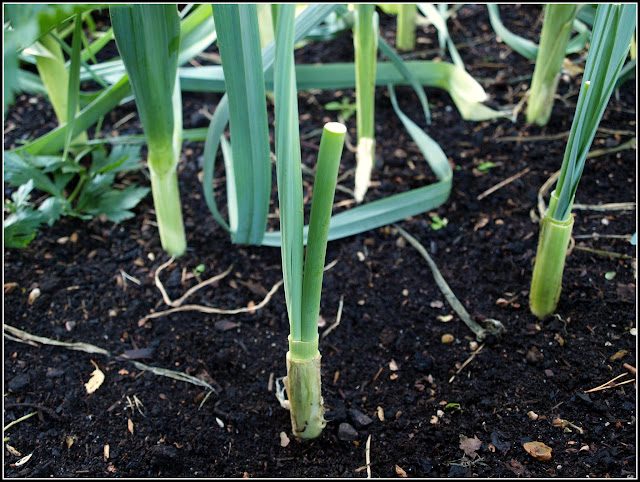 The stalks had grown about another four inches since I cut them, so I have now trimmed them down again, in the hope that their energy will be diverted to leaf growth. 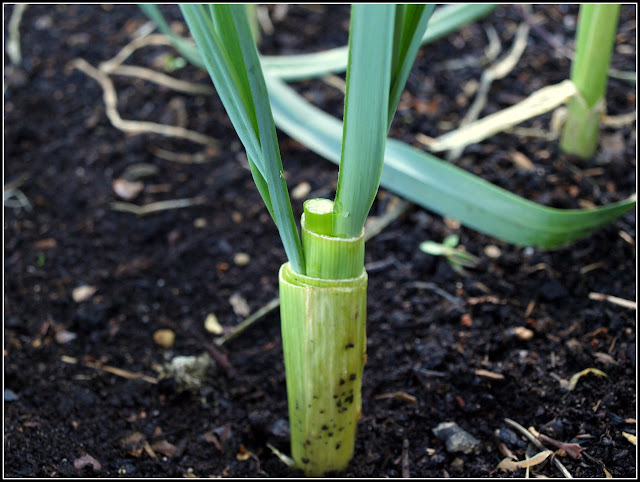 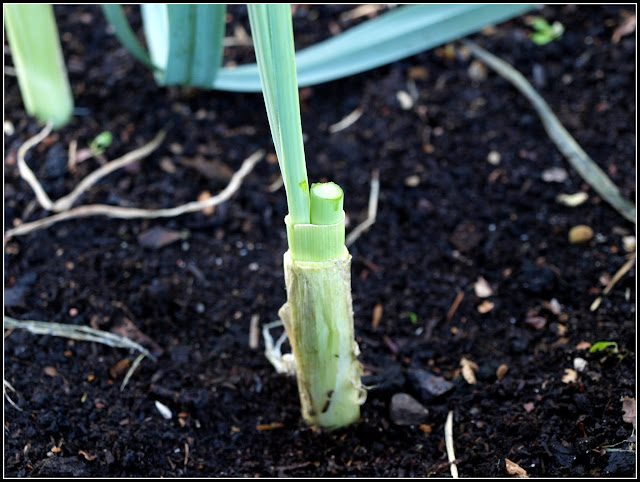 I'm not sure whether this is going to result in anything worthwhile, but as they say there's only one way to find out...  Has anyone else has success with this technique?
Posted by Mark Willis at 14:30