Until recently, I never made much of an effort with Winter vegetables, but I have now realised what a wasted opportunity that was, and I have taken steps to ensure that my harvests span almost the whole year.

This is a "Mila" Savoy Cabbage. It is one of the "Reserves" - spare plants that nearly didn't get planted at all. I'm glad they did, because although still small they look very healthy. 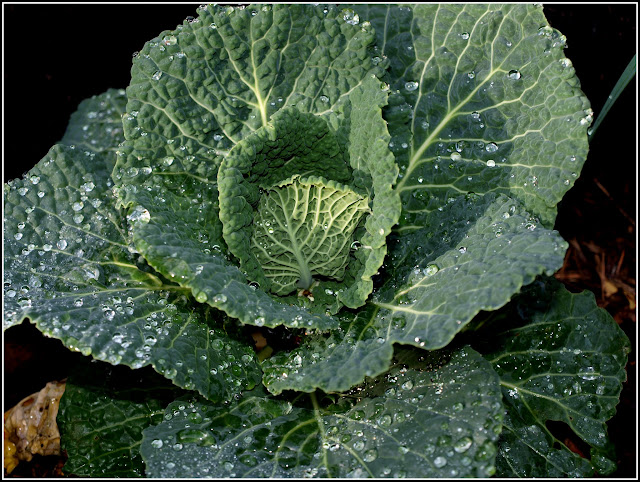 I love how the raindrops sit on the cabbage leaves like little silver beads! 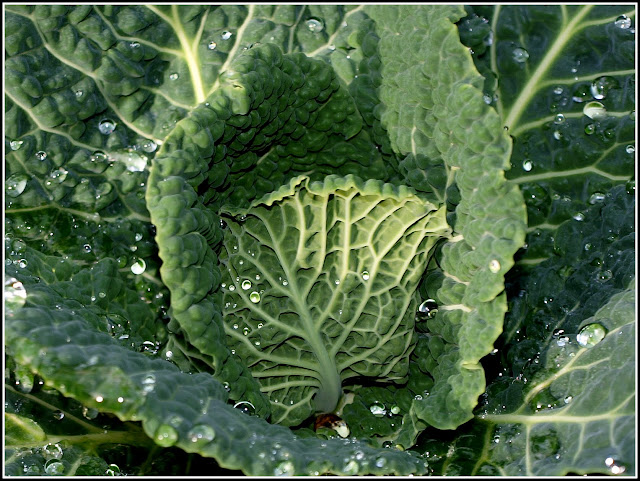 One of my raised beds plays host to Leeks, Parsnips and Celeriac, all classic Winter vegetables. 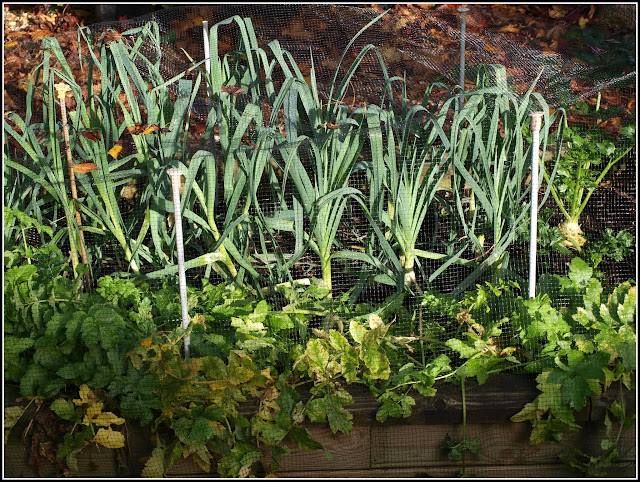 The Parsnips are in the foreground in that photo above. I haven't harvested any of them yet. They say that their flavour improves after the first frosts, and I can afford to leave them a bit longer because I don't need the space for anything else just now. I have however had a furtle around to try to establish how big they are and I rather fear I should be saying how small they are! This year the foliage is a lot less luxuriant than normal. I wonder if that is related? I expect so.

The Leeks are also looking pitifully small. I have three different varieties growing in that bed and they are all equally pathetic. These ones are about the best, and I would say they are about as thick as my thumb. 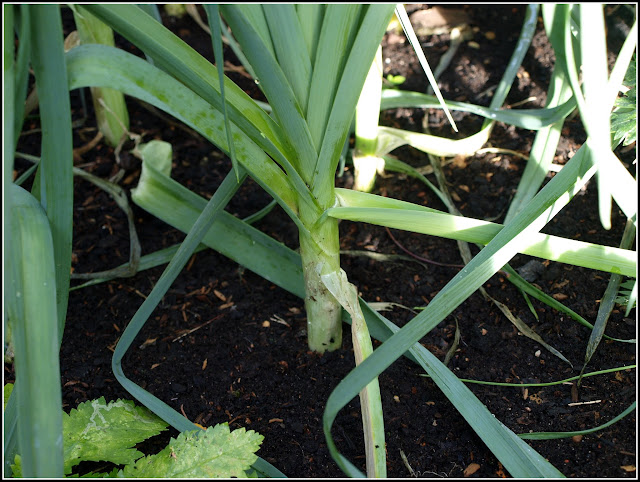 The diminutive size is definitely not caused by problems with the soil in that bed, because I have more Leeks from the same three batches growing in some containers and they are just the same. Oh well, maybe they will taste extra special this year!

The Celeriac is growing next to the Leeks. I won't pretend that they are big... 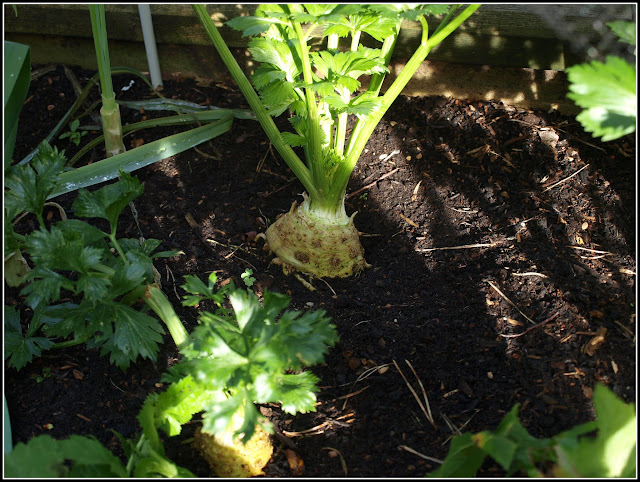 They are slowly "getting there". In about another 3 years' time they should be ready! 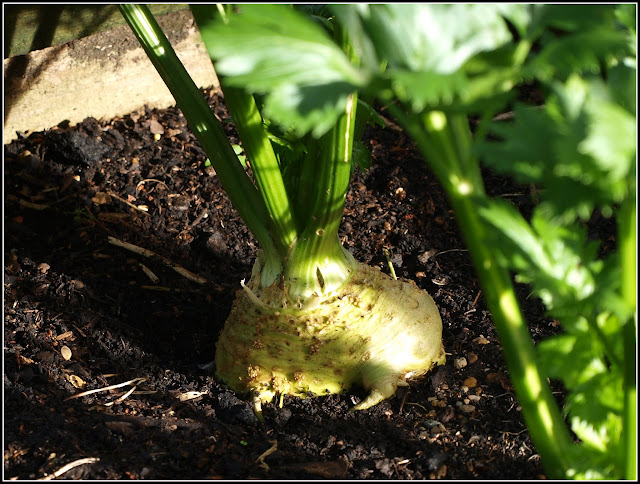 In addition to all of the above I also have my Brussels Sprouts to look forward to, as well as PSB and Brokali , but I wrote about those only the other day, so I won't mention them again. And as reported last week, the Carrots are still going strong. All in all I think I am fairly well set up for the Winter.
Posted by Mark Willis at 12:00