More Earthstar fungi have appeared in my garden this week. 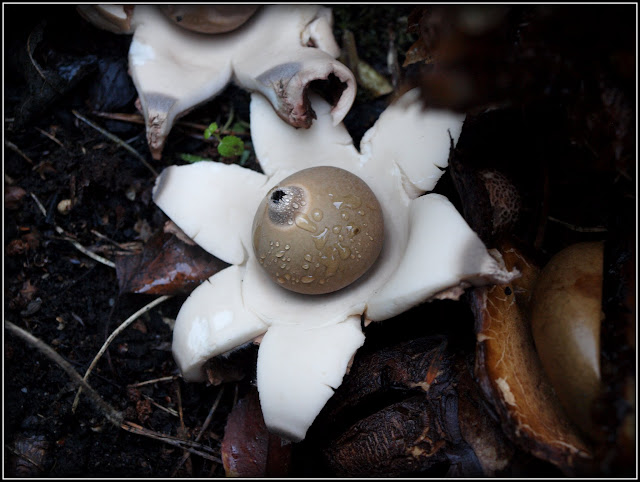 They are really strange things, but weirdly beautiful! 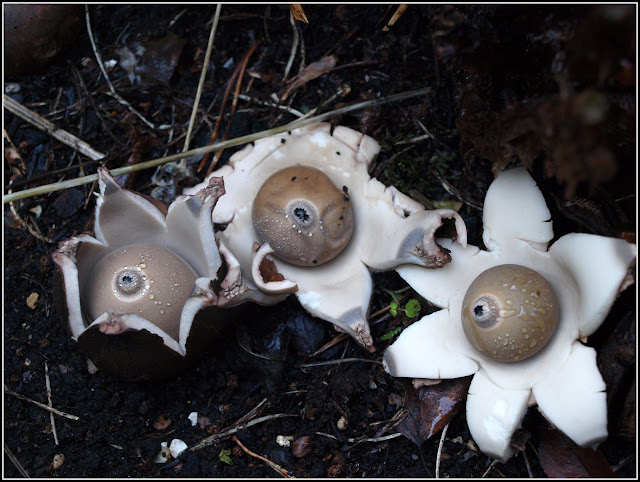 For a long time, the fungi just sit there unobtrusively. Each one is about the size of a Ping-Pong ball. It has a brown, leathery skin. 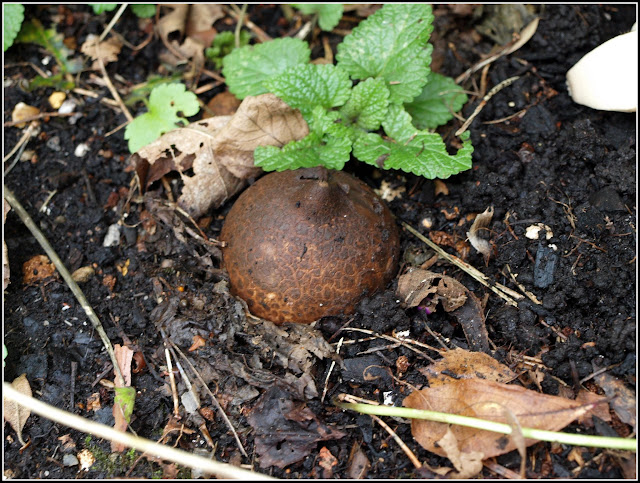 When it's ready, the outer layer splits open, forming its characteristic star shape. 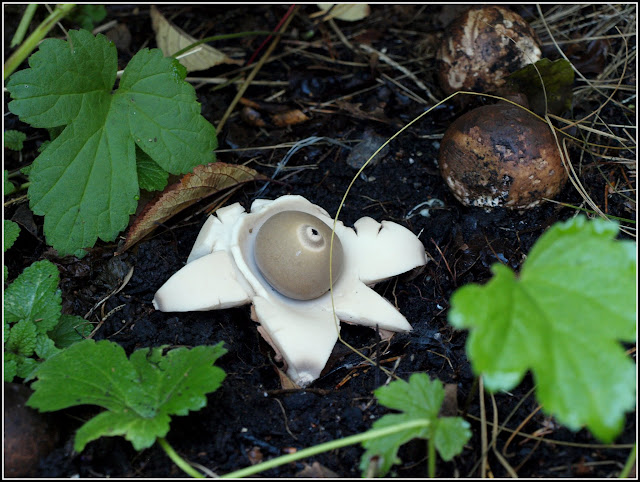 Here's one just beginning to split: 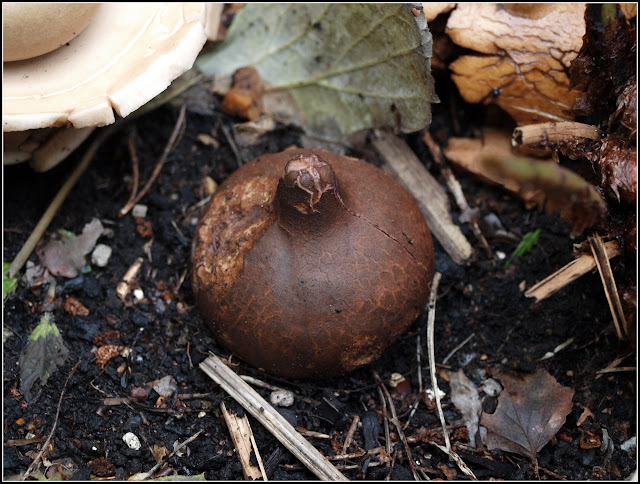 The spores of the fungus are contained in the inner sac. 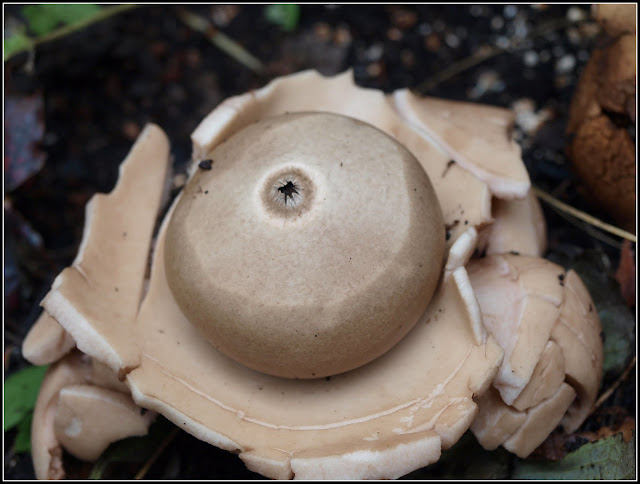 When subjected to pressure - for example by heavy raindrops falling on it - the sac puffs out spores through the hole in the top.


In the photo below, the sac of the newly-opened fungus at the left is full and tight, whereas that of the older fungus at the right is now partially empty, and is soft and slack. 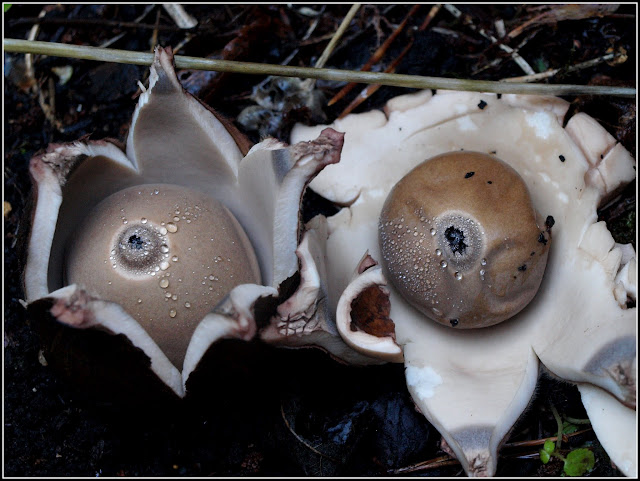 This colony of fungi has been in my garden for several years now, and it gets bigger every year, which is no wonder really, when you see how many spores each one puffs out!
Posted by Mark Willis at 16:30