Cloves as an anti-fungal

Big Brassica plants like Brussels Sprouts and Purple Sprouting Broccoli are very susceptible to fungal growths, which seem to thrive in the cooler damper conditions of Autumn. Inspecting my sprouts at the weekend, I saw this: 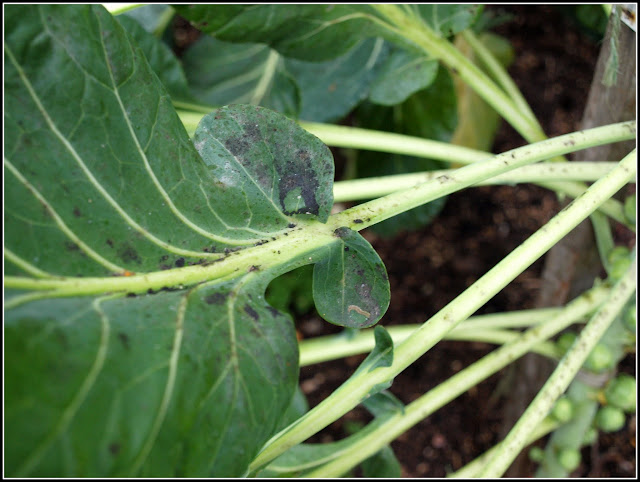 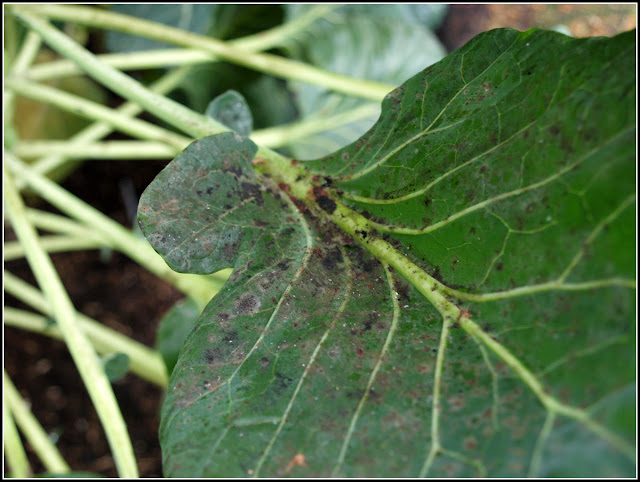 It's a type of Sooty Mould, which is a fungus that often grows on the "honeydew" (excretions) of sap-sucking insects such as the Whitefly - a common pest of brassicas. The fungus in itself is not particularly harmful (though it can reduce plant vigour by inhibiting photosynthesis), but it's definitely unpleasant and unsightly.

The leaves and stems of my Brussels Sprouts are mottled with little patches of the fungus. 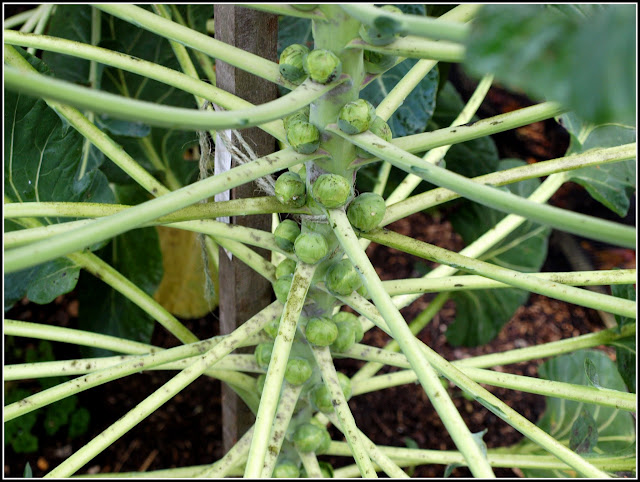 Even some of the sprouts themselves are affected. 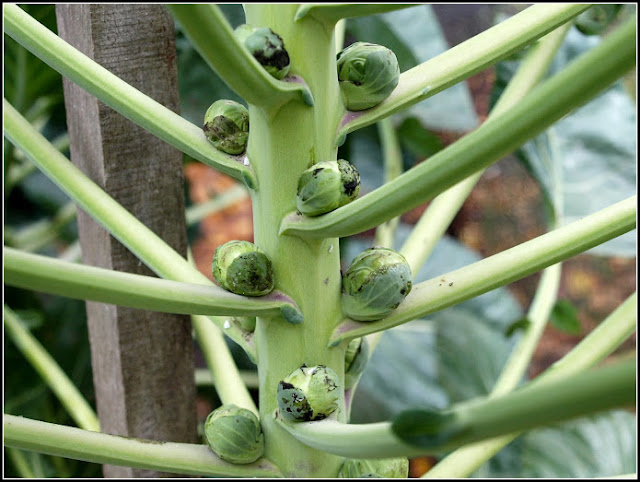 The fungus will only affect the outer leaves of the sprouts, which will be removed before cooking anyway, so this is not a major issue, but I would like to stop the problem getting any worse.

It is alleged that in the case of a mild infestation you can wash Sooty Mould off your plants with water (preferably warm), but I decided to use a remedy I had seen mentioned on Twitter the other day - an infusion of Cloves, which apparently have powerful anti-fungal properties. With little information to go on, I had no option but to experiment. I put about 30 Cloves in a saucepan of water and boiled them for about 5 minutes. 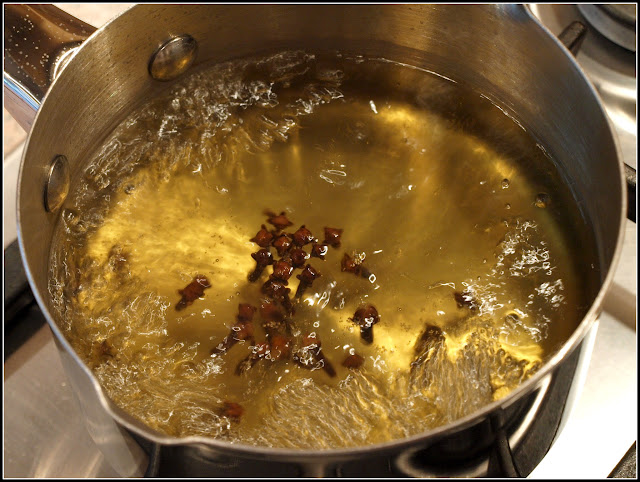 Following a suggestion from Jane (who was initially baffled by the fact that I was boiling Cloves), I added about half a teaspoon of ground Cloves from a jar in the spice rack. This made the concoction a much darker colour. 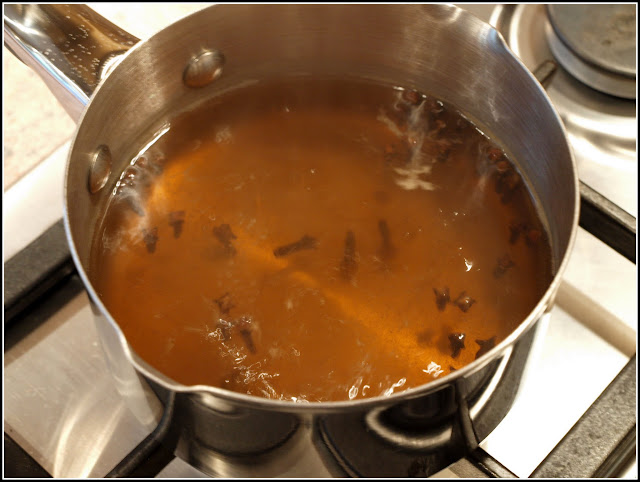 Later, when the water had cooled I poured it into a spray bottle and gave the Brussels Sprouts a thorough soaking, trying hard to ensure that every surface of every leaf was covered. I don't know whether this remedy will work at all, and if it does how soon I should be looking for results, but even if it doesn't work I can't imagine it will have done any harm - just as long as the sprouts don't end up tasting of Cloves!!

Funnily enough, this year there seem to be far fewer Whitefly around than normal. Certainly not a serious infestation like last year. Last year I tried spraying my Sprouts with a Garlic infusion to kill the Whitefly. I'm not convinced it did much good, so my hopes for the Clove spray are not high.
Posted by Mark Willis at 10:09