There is a corner of my garden that is in dry shade. It is completely overshadowed by my neighbour's huge conifer tree, whose roots also suck out any moisture and nutrients from this space, so it is not a good place for growing anything (although the comfrey seems to be doing OK). I have positioned here two of my three compost bins, and I have built a "Bug Hotel" and a log-pile for creepy-crawlies to live in: 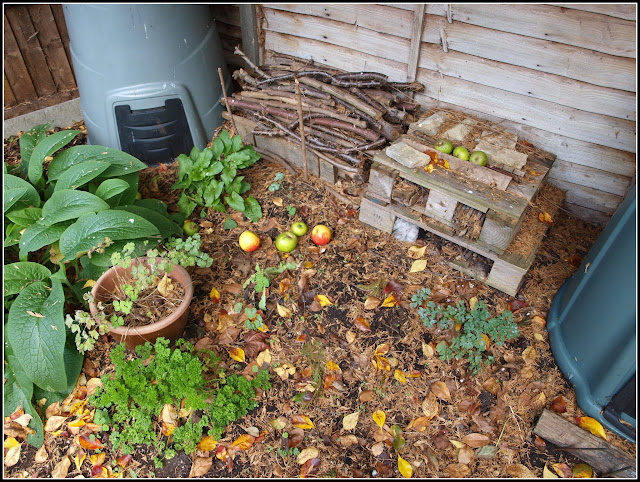 I try to leave this area largely undisturbed, so that insects and small creatures can take refuge here if they wish. 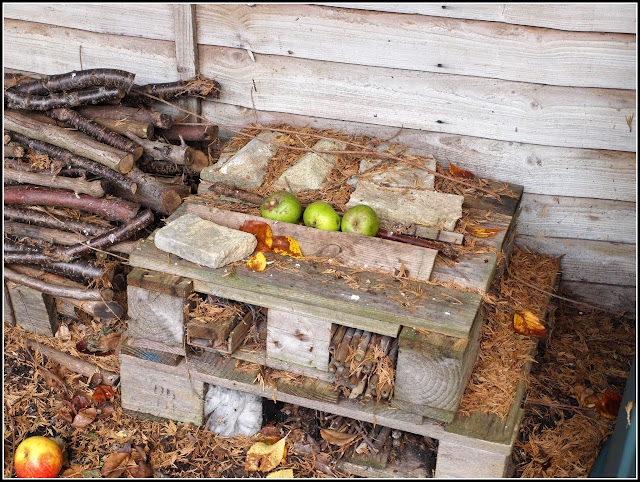 The Bug Hotel was made from a wooden pallet, disassembled and re-assembled as a "2-storey building". The cavities are filled with all sorts of bits and pieces - bamboo canes, fragments of old flower-pots, some horticultural fleece, the odd plastic pot or two... These provide a varied habitat for different creatures to inhabit. As you can see, I have recently distributed nearby some apples that were left over from my earlier jam-making sessions. They had begun to go soft and some of them were mouldy, but I expect they will still be welcomed as food for somebody / something.

A couple of days ago I was digging up some of the ferns (they are spreading too rapidly), when a little Robin came and joined me. He sat on the wall just a couple of feet away from me, and dashed in a few times when he spotted an insect I had dug up. I stopped digging and took some photos - though of course the Robin was reluctant to sit still for me, so it took me a while to get a decent one of him. Was his repeated sharp chirping his way of saying "Thank you", or was it perhaps intended to encourage me to "stop mucking about and get back to digging up worms"! 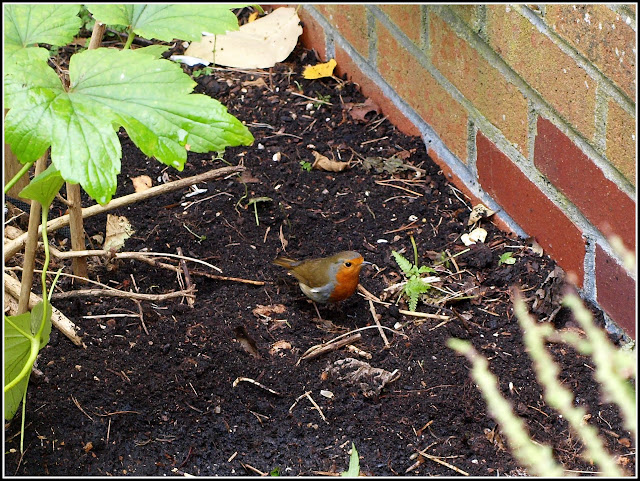 I wonder what the Robin would have made of this: 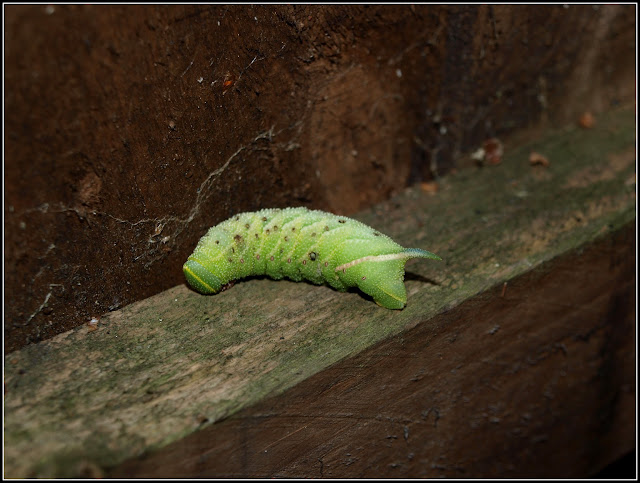 I think it is the caterpillar of the Eyed Hawk Moth, Smerinthus ocellata. 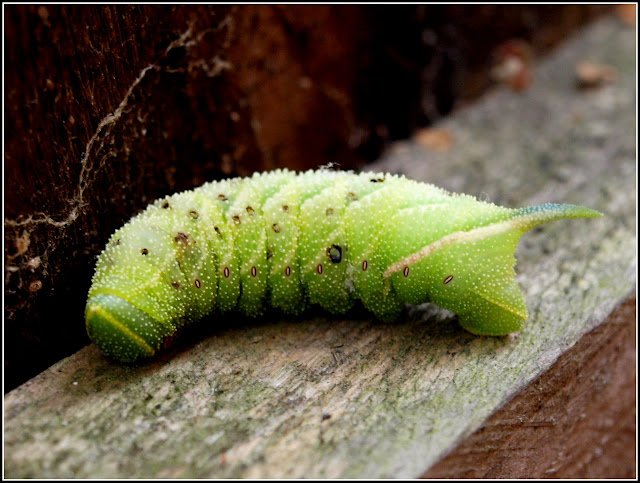 That would be a decent-sized meal for a Robin, wouldn't it?
Posted by Mark Willis at 12:00