...Roll over! Roll over! And they all rolled over and one fell out...   You remember this, of course?

Well this rhyme is what my rather overcrowded Brassicas bed reminded me of. The bed contains 3 types of brassica - Purple Sprouting Broccoli, Cabbage and Brokali. 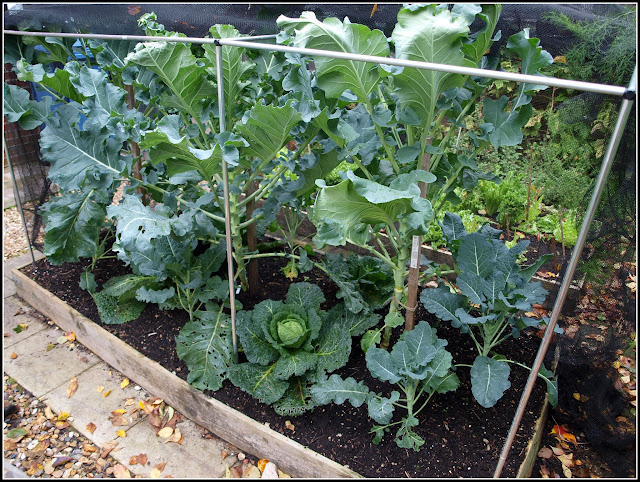 I had removed the net temporarily whilst I tied-in my three Purple Sprouting Broccoli plants one more time. They are enormous and I don't want them toppling over.


I initially put the net over this bed to keep the butterflies out - in which it has been largely successful - but even though I think we have seen the last of the butterflies for this year I'm leaving the net in place to deter the foxes / badgers. These days I have to protect just about everything, otherwise the foxes (or badgers) trample all over it and/or dig it up in their search for worms. I'm never really sure which animal is the culprit, because the damage occurs at night time.

Around the edges of the raised bed, underneath the PSB, I have planted four "Mila" Savoy Cabbages, and eight "Endeavour" Brokali plants, both types grown from the seeds kindly provided for me to try by Marshalls. My arrangement here is definitely what is termed "underplanting". The cabbages and Brokali will probably never grow big because the massive PSB plants block out most of their light and grab the majority of the nutrients. However, they will hopefully still deliver something worthwhile. 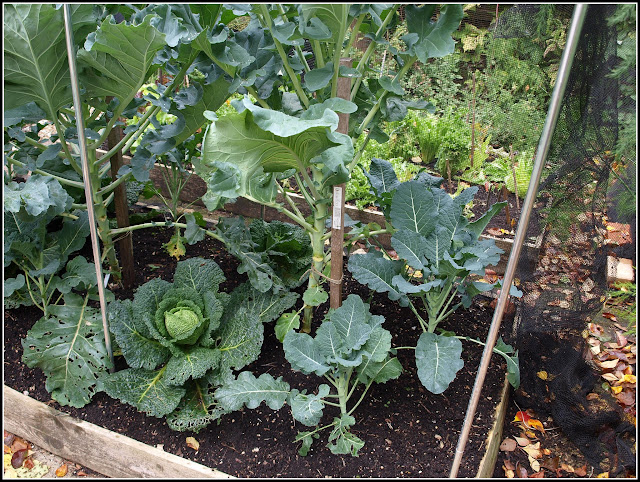 The cabbages are forming nice firm hearts now. Since they are destined to feed only two people it is quite nice that they will never be huge. Sometimes quality is better than quantity. 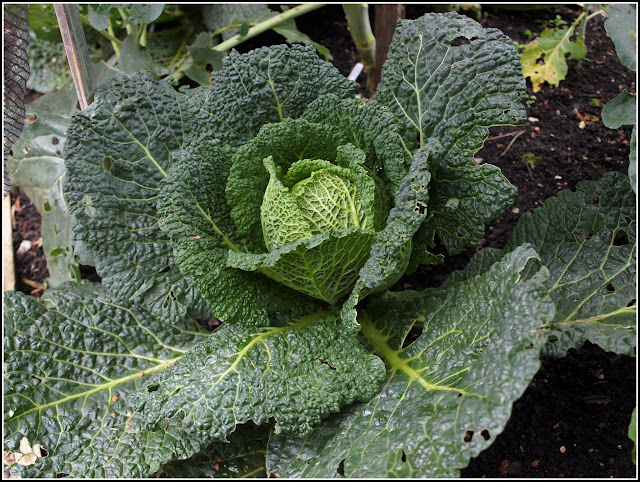 I'm not really sure what the Brokali is going to do. I am hoping that it will produce little spears like Tenderstem Broccoli, but so far there is no sign of anything like that. 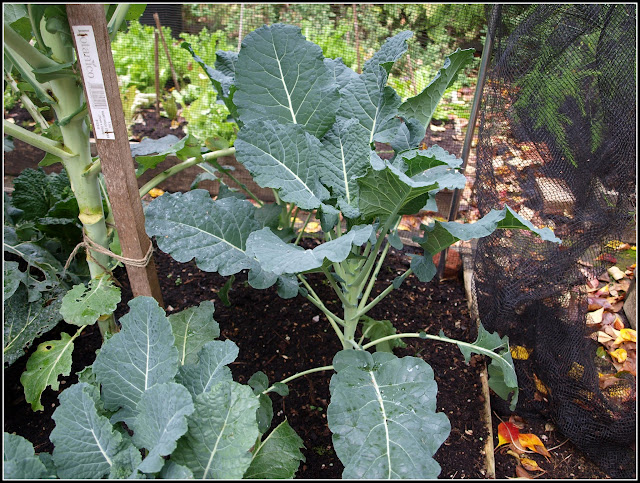 To be honest, they look very much like little PSB plants, though the crinkly leaves are reminiscent of Cavolo Nero (aka Lacinato Kale).The seed packet shows harvests starting in December, so there is plenty of time still. 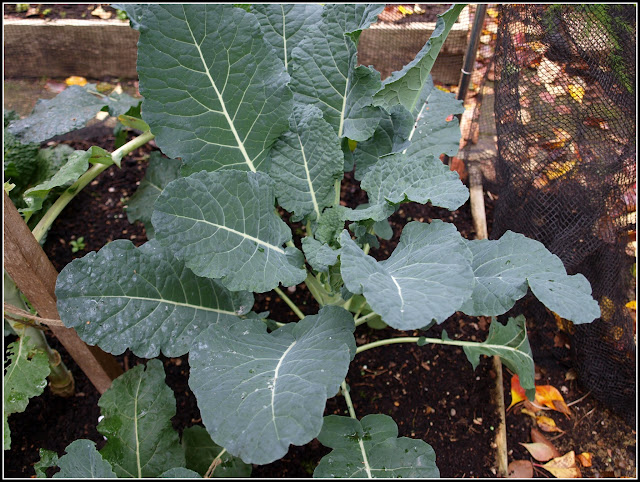 If everything goes according to plan the Brokali will mature and be finished before the PSB crop is ready, so we should get a long period of Brassica harvests - and that's without mentioning the Brussels Sprouts, the first of which are not too far off ready now.
Posted by Mark Willis at 12:00