So here's my harvest for the past week:

More beans of course. The Runners have been very good this year, and so have the purple French Beans, but the yellow ones were pretty much a flop. 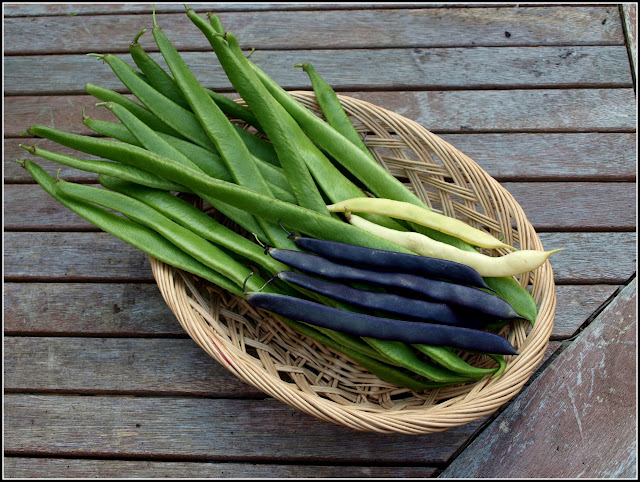 I picked my "Mystery" beans too. I still can't identify them. 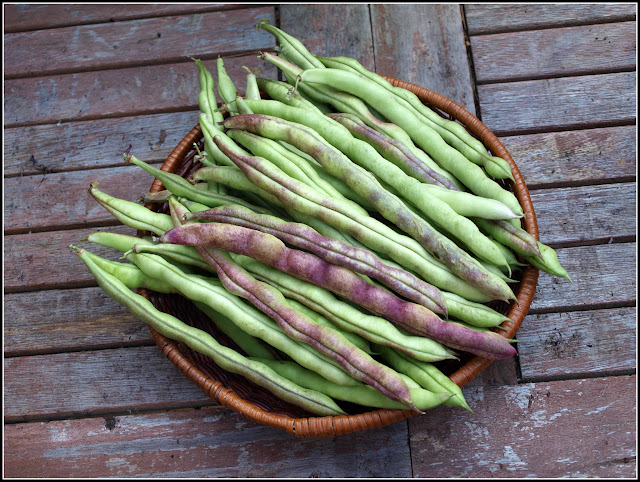 That basketful weighed 825g, and that is all from one plant. The pods are now spread out in a bigger basket, in the airing-cupboard, where they will remain until they are fully dry. The colouring on the pods is very variable: the ones that have been most exposed to the sun are mainly purple, whereas the ones that were shaded have remained mostly green. I'm dying to see what the beans inside look like. 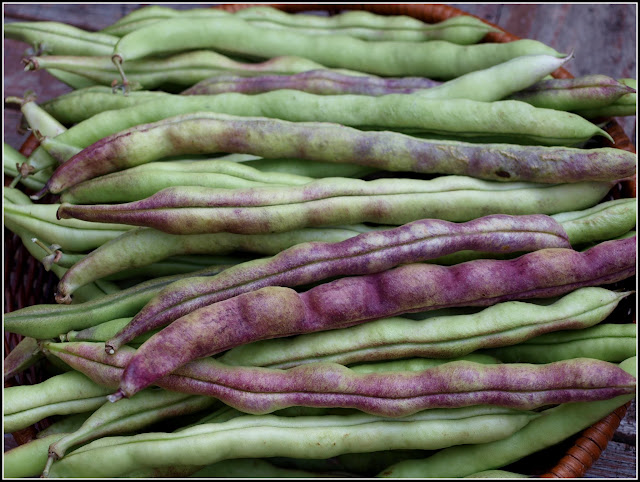 I harvested a few more potatoes. Three tubers each of "Kifli" and "Shona". This meagre harvest is the result of the very delayed planting of some leftover seed tubers. I suppose in a way this is not such a bad result - one very small tuber planted in a container that had already produced its crop has now returned a second crop with a yield of three to one. 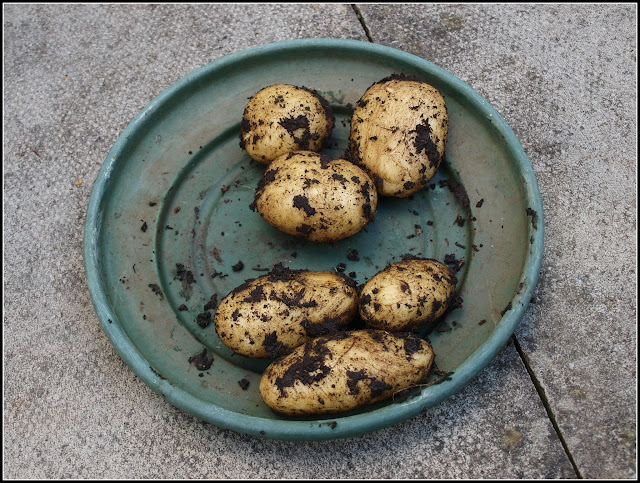 I harvested the penultimate pot of "Pink Fir Apple" potatoes: 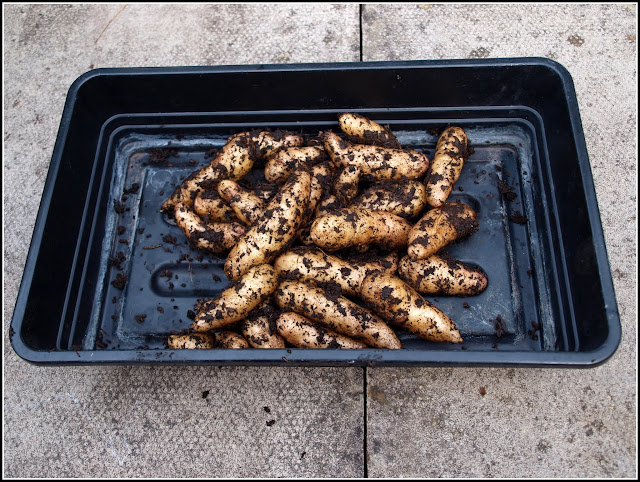 I've been harvesting potatoes a few at a time for several months now, so it is going to seem odd when they are all gone. However, it has been another good year for spuds, so I'm not complaining. This batch (from one seed tuber) weighed 682g. 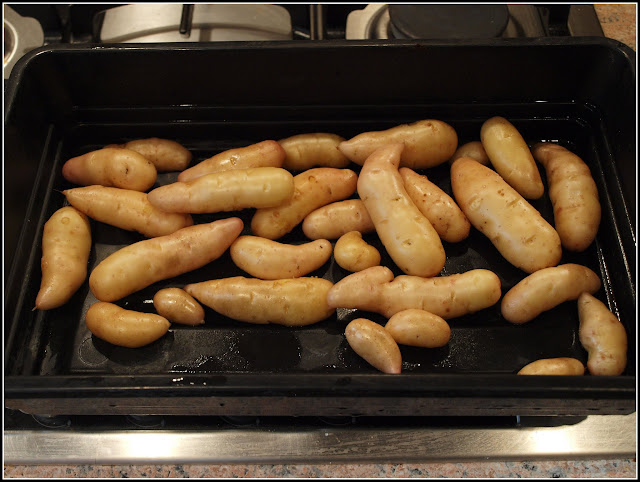 I'm getting quite a few ripe chillis now. These ones are all from outdoor plants. I'm leaving the indoor ones a bit longer, but I keep expecting there to be a frost, so I'm picking the outdoor ones as soon as they look ready. 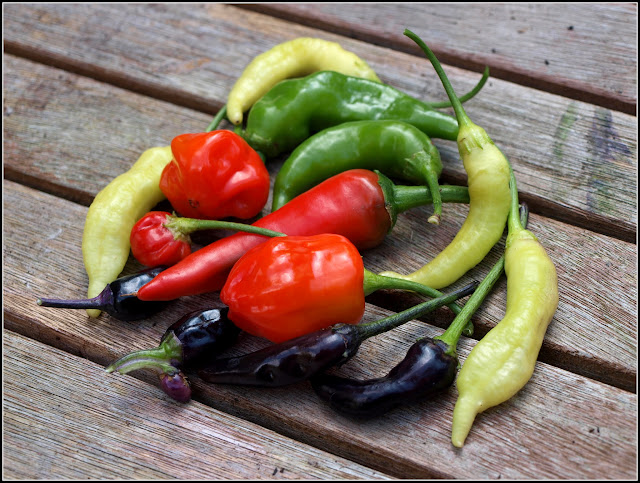 The green ones are immature pods of "Aji Limon", which would be bright yellow if they were ripe. Jane particularly likes to have some green chillis for cooking with, so I harvest a few before they ripen and keep them in the freezer. The pale ones are "Blondie".

After visiting the Challock Chilli Fest yesterday (of which more later), I was inspired to make a batch of tomato and chilli sauce / ketchup. It tastes wonderful! 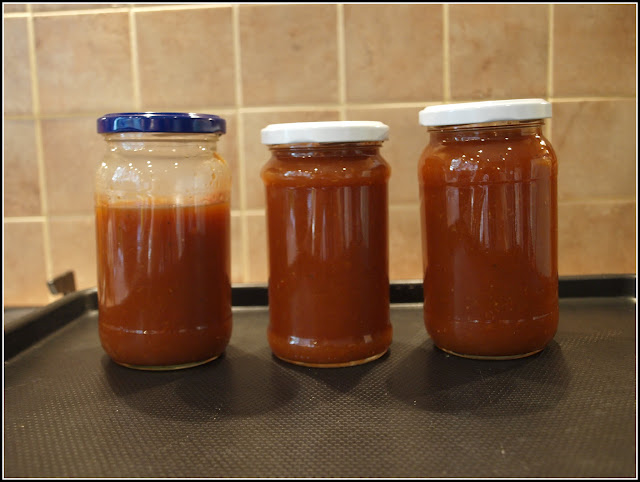 These are the very last of my Cucumbers. Their parent plants have down been pulled up and composted. In keeping with this year's pattern, they are pretty scruffy specimens, but I expect they will be OK when peeled. 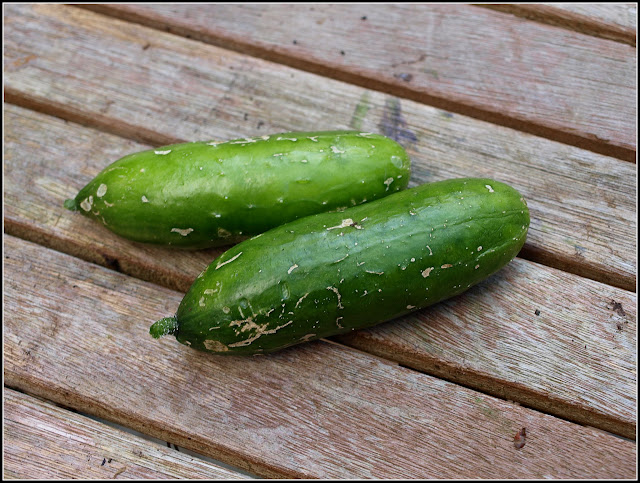 I hate to think how many Lettuces we have consumed this year. Little ones like this are a constant feature of our diet! 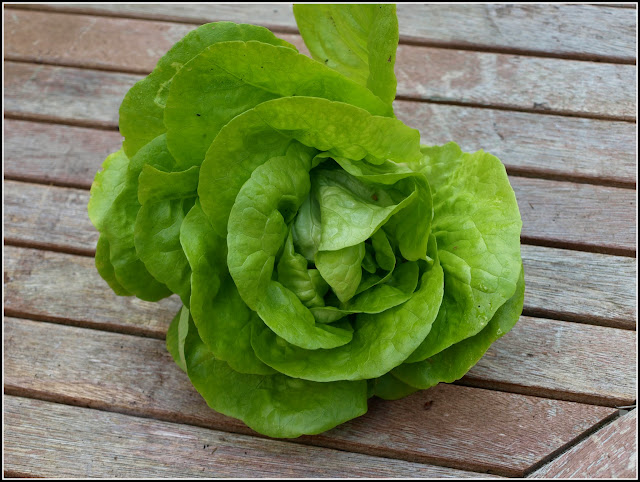 We had another decent punnet of "Autumn Bliss" Raspberries - this was about 170g. 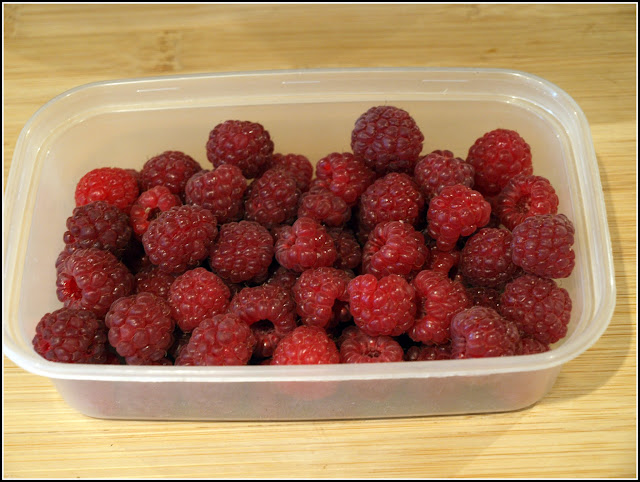 And then (you don't see this very often)... my Pear harvest! 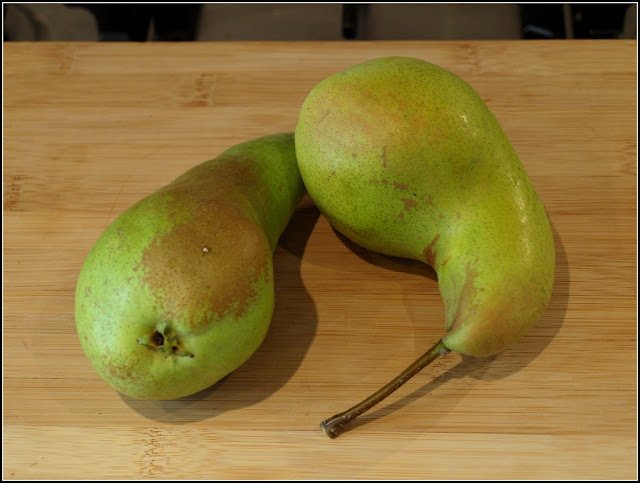 Yup, that's it - two pears. Well, there may not be many of them, but I'm confident they will be good. They are big too, weighing in together at 522g. The variety is "Concorde". They will need a few days indoors in the warm to ripen fully.

I'll leave you with a medley photo. 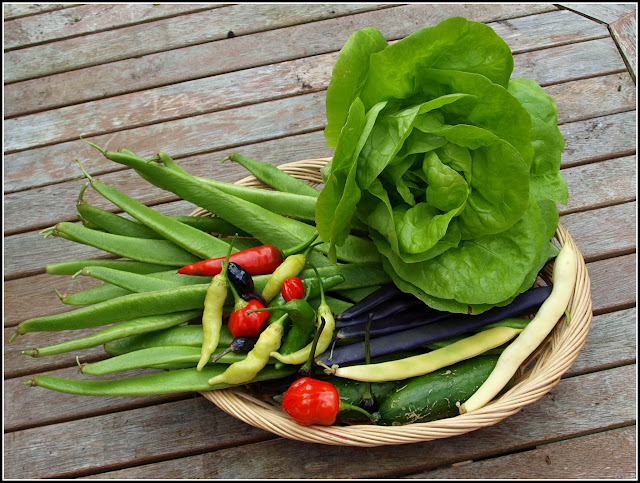