For the last several months all my brassica crops have been covered with anti-butterfly netting, but I think the nets have done their job now, so I have taken them off. 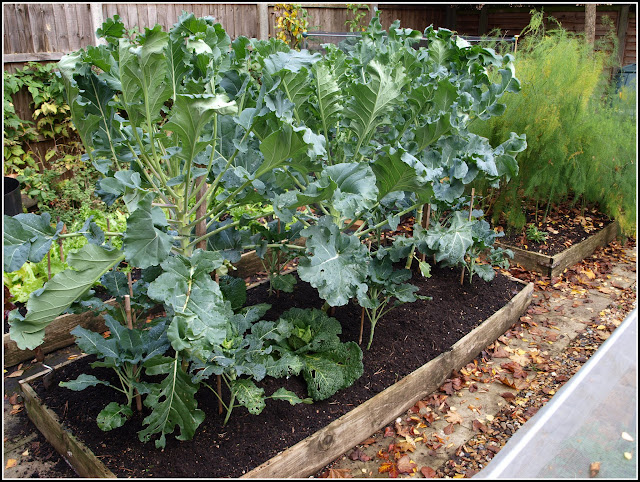 I think this will have several advantages. For a start it will improve airflow, which is important at a time when fungal diseases are common. By the way, the Clove spray I applied to my Brussels Sprouts the other day has had no discernible effect. In fact the fungus is even worse now! 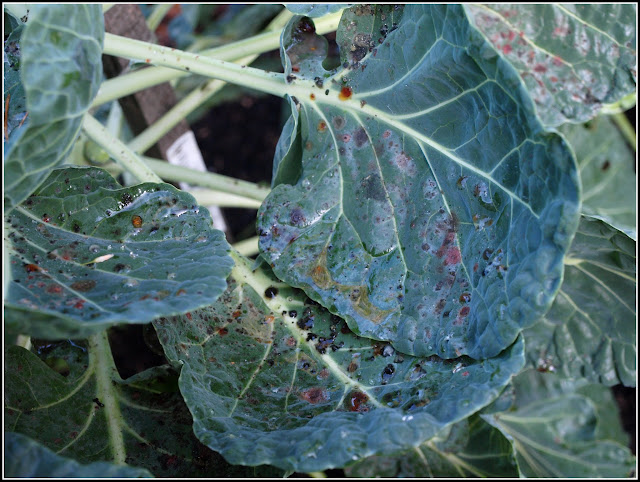 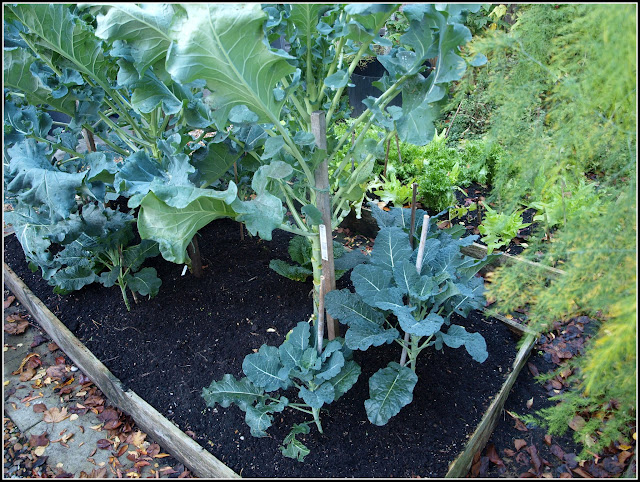 I have now attached each plant to a sturdy bamboo cane, using a few turns of soft string: 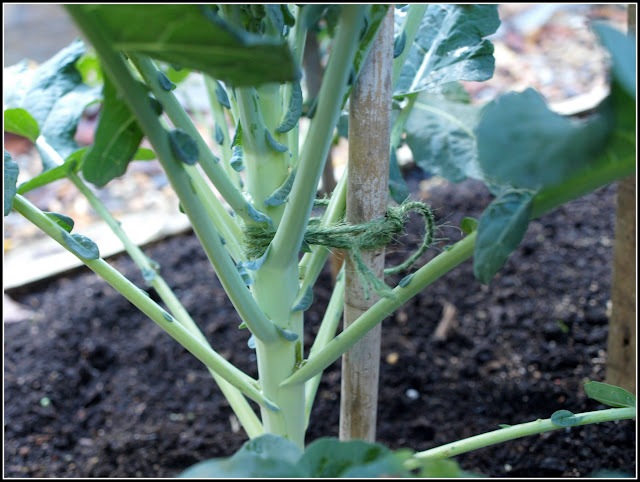 This is the Brussels Sprout bed, also now uncovered: 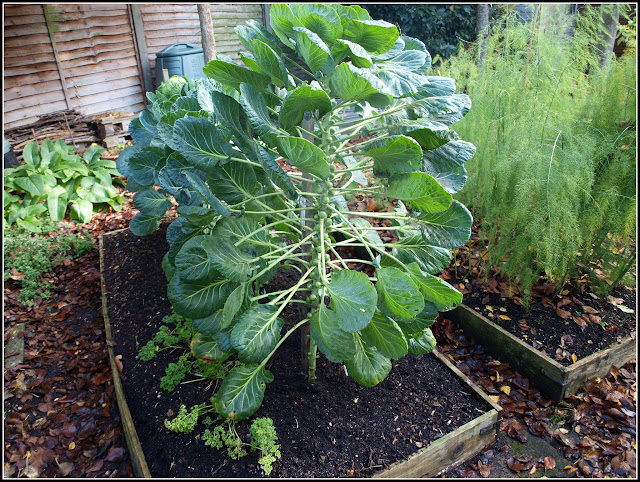 I deliberately removed the nets on a dry day, so that they are not put away for the Winter in a wet condition. I have also been good and washed the aluminium poles before putting them away for the next few months.

I think it won't be long before I'm harvesting some sprouts: 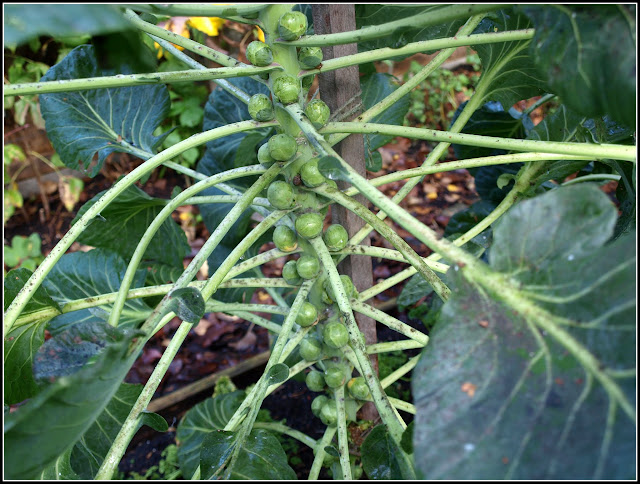 After such a dismal rainy day on Friday, Saturday was dry, bright and for several hours sunny too, so the Brassicas have been enjoying their new-found freedom. You can almost hear them saying "Aaaahhh". 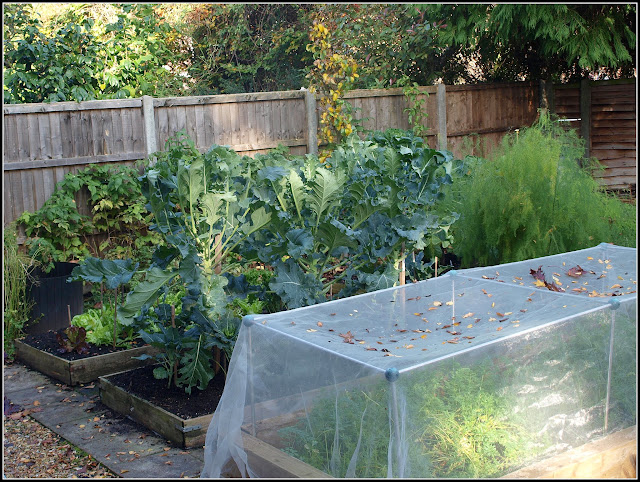