Tidying up, clearing down...

Last weekend I had a serious "Sort out the garden for Winter" session. I cut down all the Raspberry canes along the fence 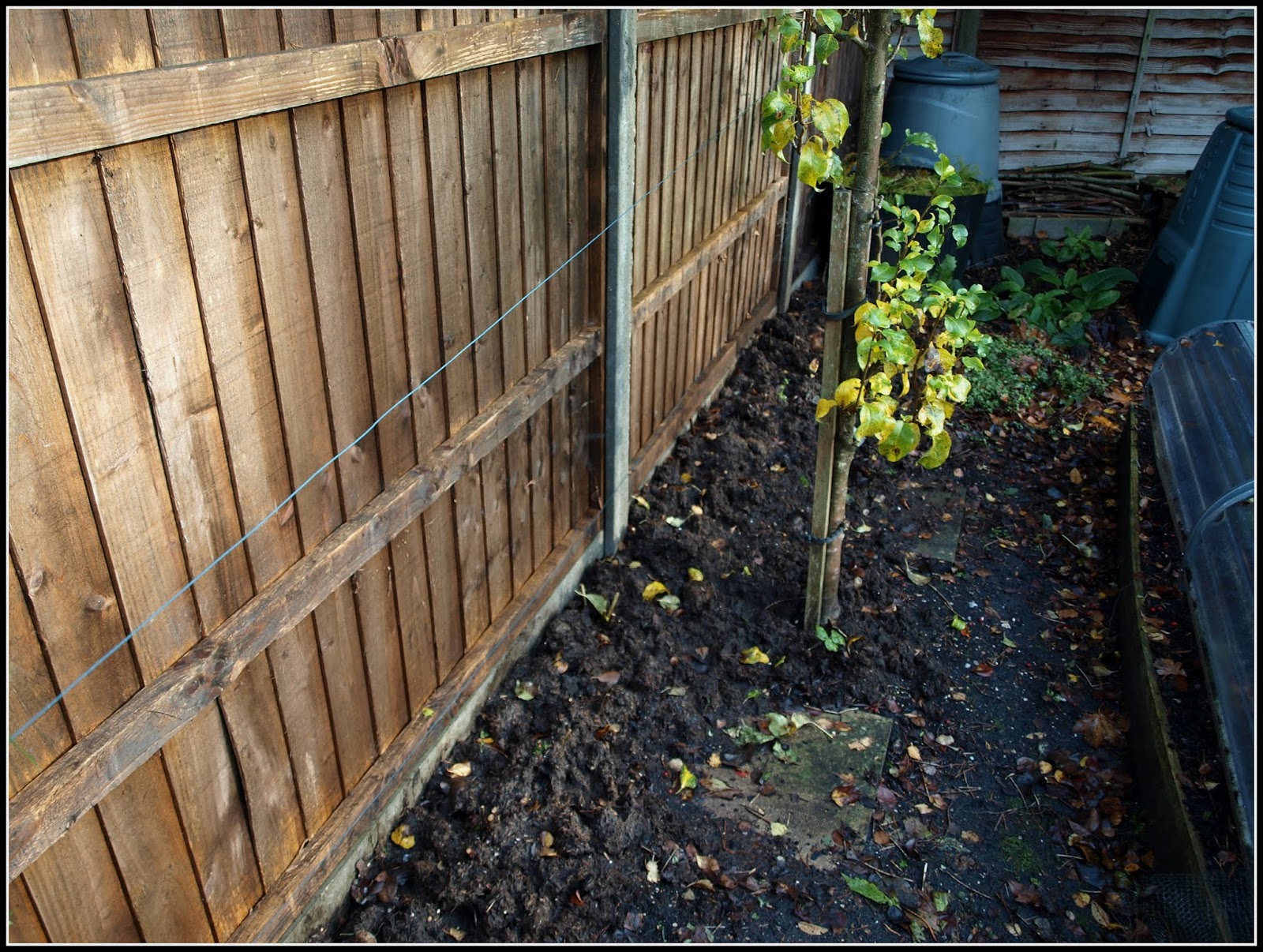 My Raspberries are "Autumn Bliss", a primocane variety that fruits on new wood, so they get cut right back every year. 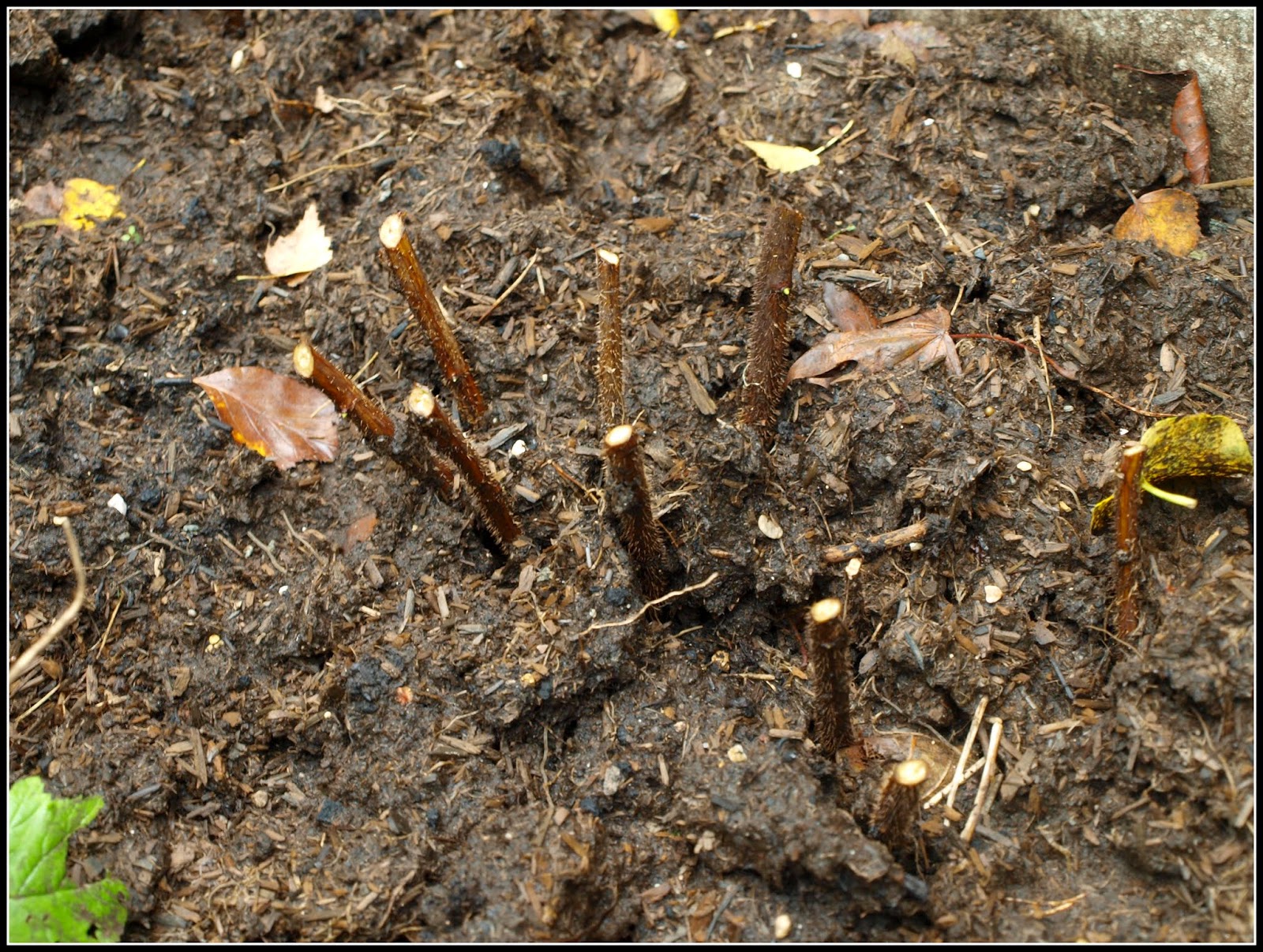 One cane had a temporary stay of execution because it still had one or two fruits left on it: 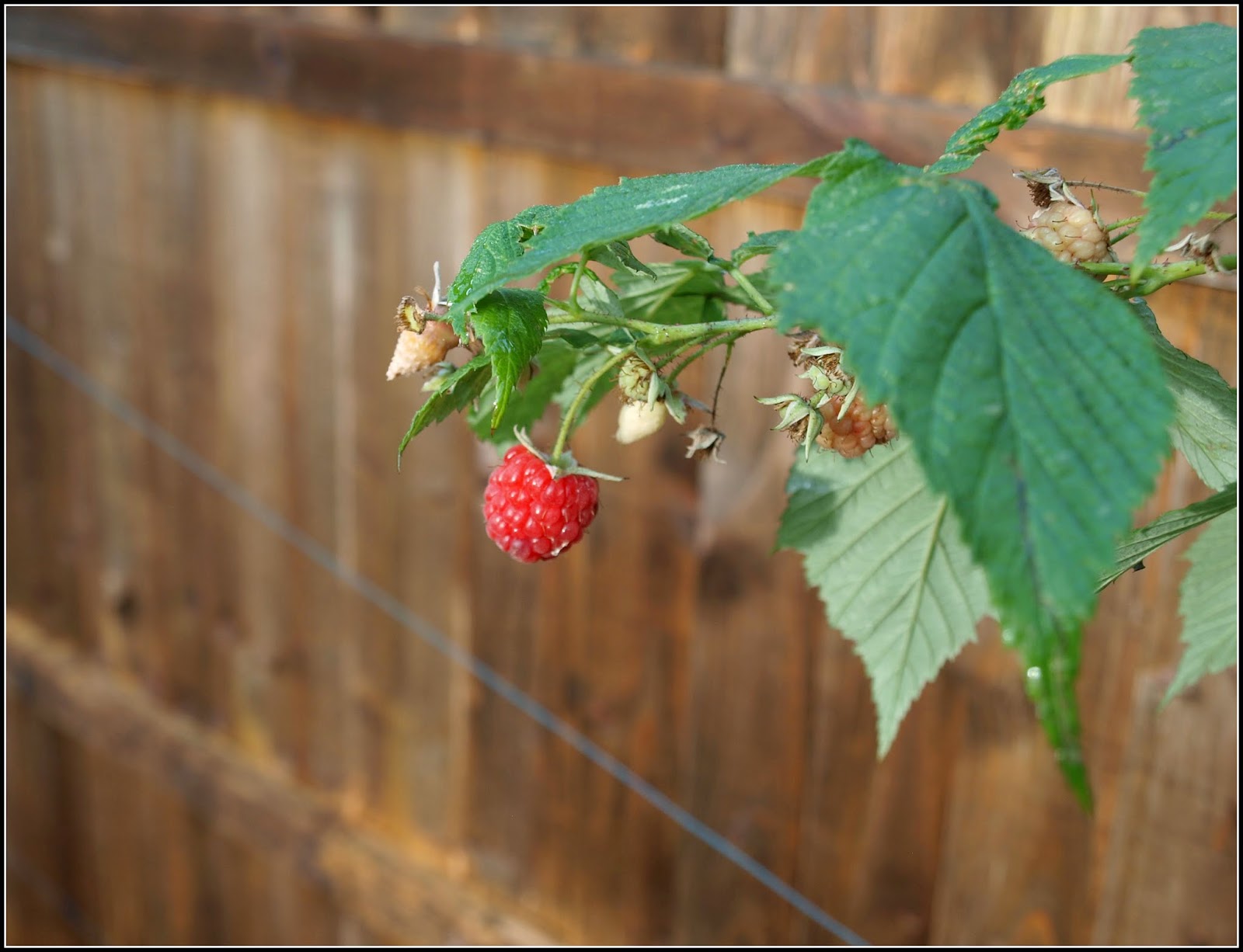 The Asparagus has also been cut back for the Winter. In the photo below you can see the "stubble" from two plants. These stems are of course only the ones which were left to produce fern after the main harvest was finished, so you can see that each plant produces a lot of spears. (Never quite enough, though!) 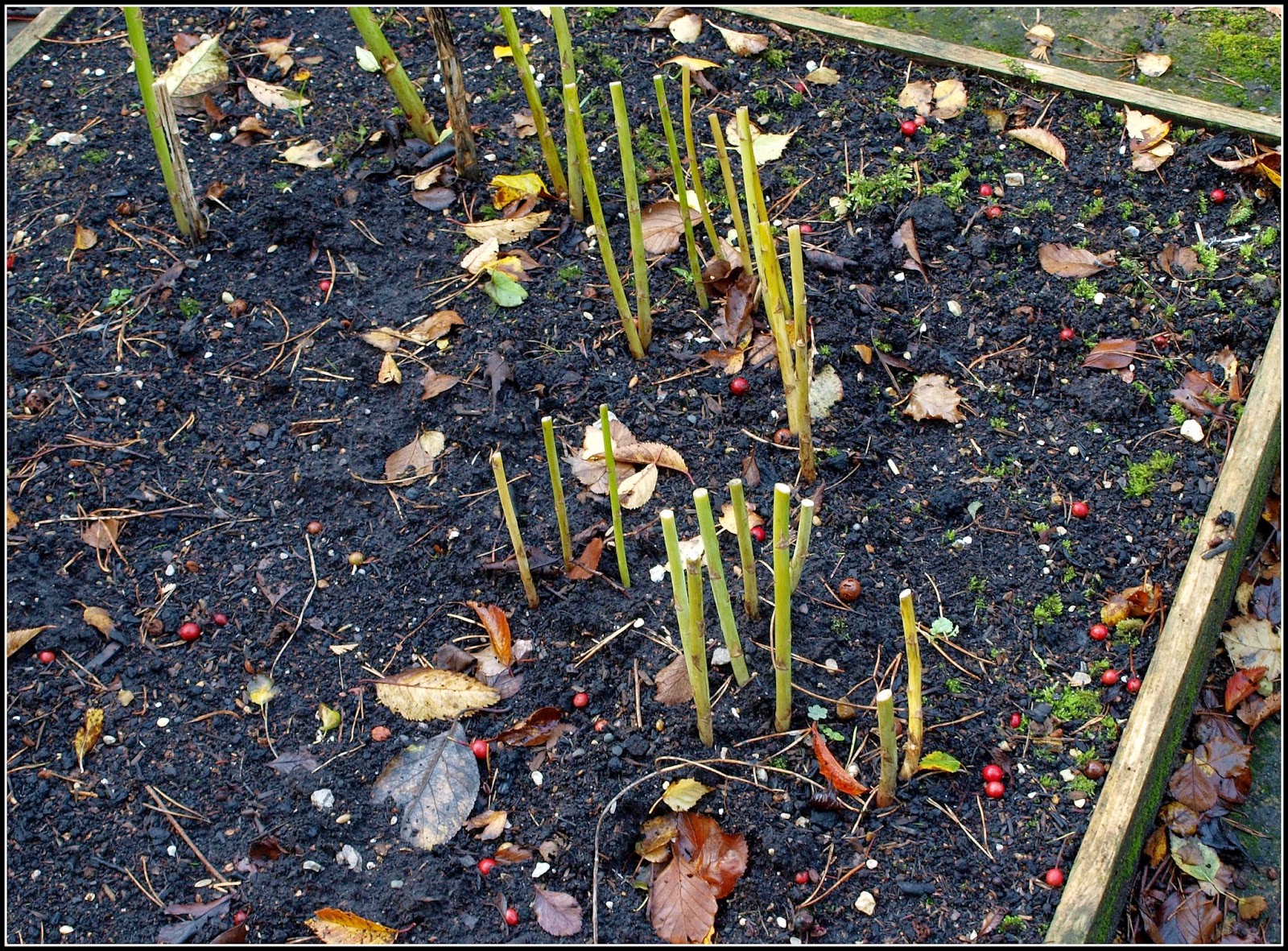 Now that I have washed and put away all the big pots in which my tomatoes were grown, there is space alongside the house to put my coldframe and little plastic greenhouses. 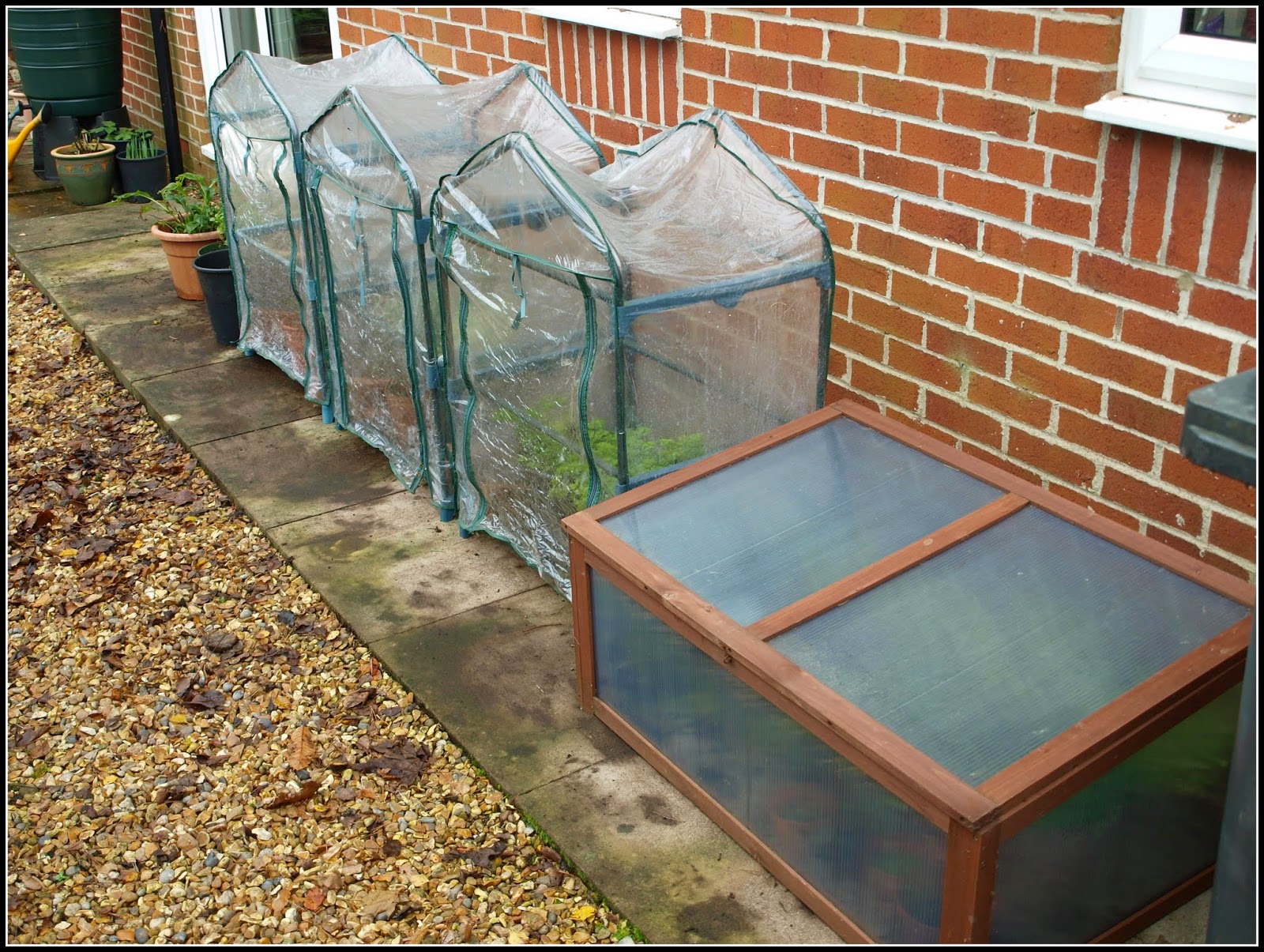 The coldframe is now full of potted herbs - Mint, Oregano, Thyme and Chives. 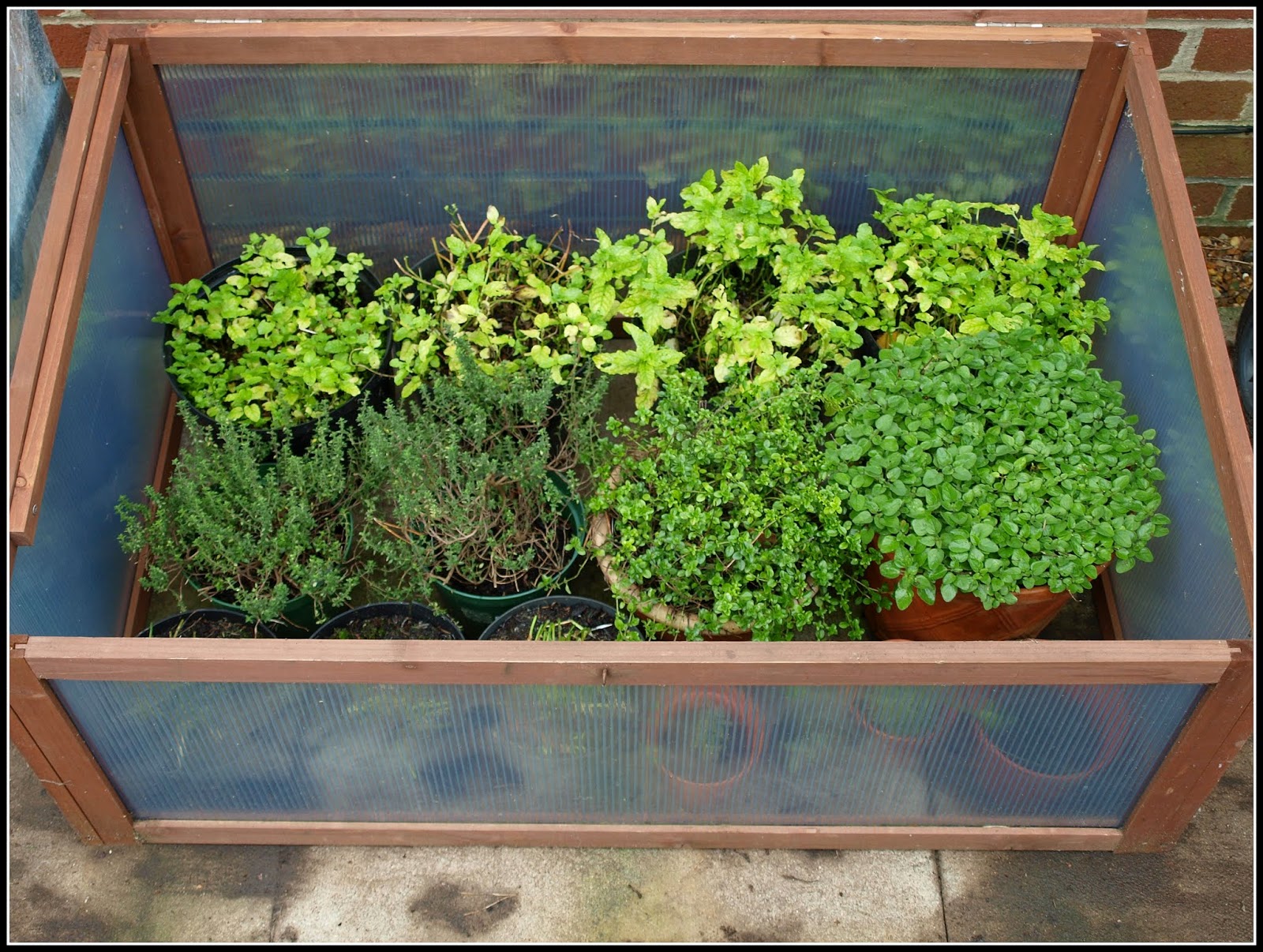 The plastic greenhouses are also filled with herbs, in this case Parsley, Pineapple Mint, Lavender and more Thyme - oh, and my little Bay tree (the one that is about 12" tall).

I have had to throw away one of my plastic greenhouses and the big wide one called the "Seedling Greenhouse", because the plastic had gone brittle and had split in several places. These things don't cost a lot (about £12 for one of the 2-tier greenhouses) so you can't expect them to last for ever. I think the one I threw away was probably about 4 years old. I'll need to replace it in the Spring, because they play a major role in my production of tomatoes and chillis.

I have also tidied-up my other potted plants (mostly flowers), cutting away all the old leaves and stems and removing any accumulated debris and moss. I have brought most of the pots close to the house, where they will be a little more sheltered and possibly fractionally warmer. 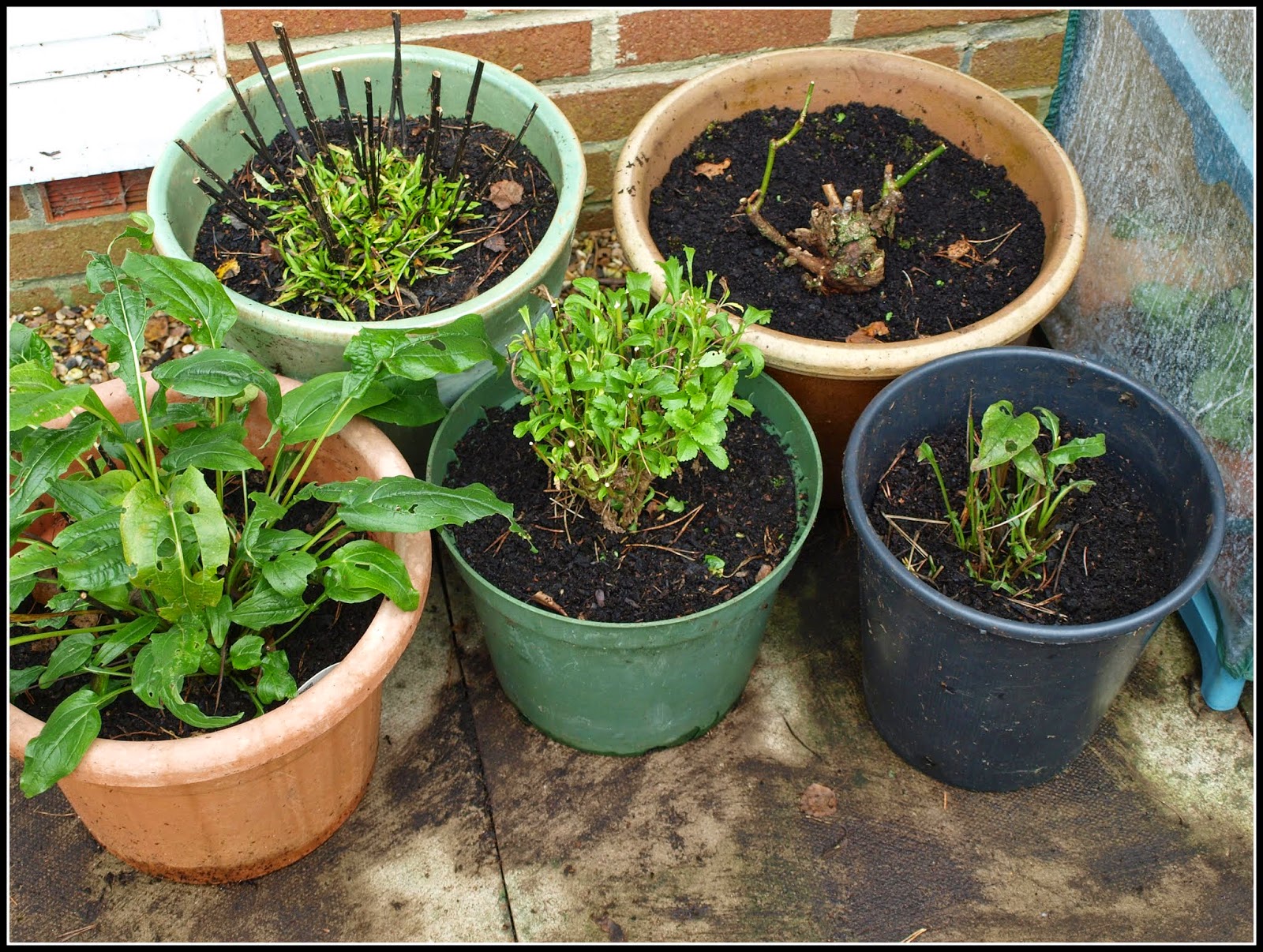 The patio has been swept too, and the pots there re-arranged neatly.


There is one big job still remaining though - collecting up all the fallen leaves: 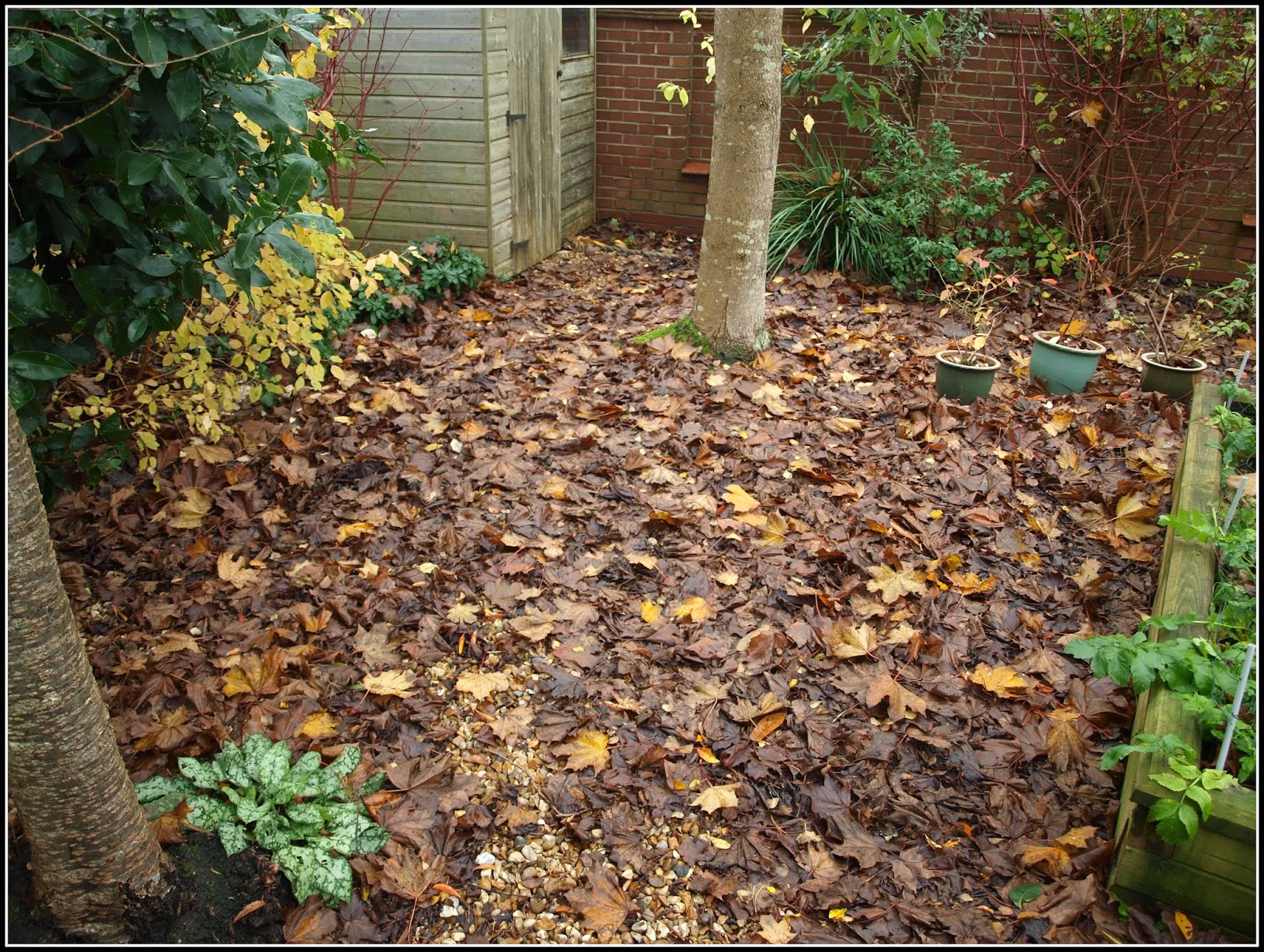 My excuse it that since the leaves are currently wet, my electric leaf-sucker / blower thingy won't pick them up well (or safely), so I have to wait for a suitable dry day. I might be in March or April...
Posted by Mark Willis at 12:00