From the Sublime to the Ridiculous

You know I have recently been showing off a few really good-looking Parsnips? Like these ones...


﻿I harvested those Parsnips today. The bigger one weighed 240g. Long, straight and practically unblemished - just how Parsnips should be. However...
At the same time I harvested this one:


It's not quite so good-looking, is it?

As you will have seen from the captions, I am growing two varieties of Parsnip - "Duchess" and "Guernsey Half-Long". The distorted (or "forked") parsnip seen above is the first one of the "Guernsey Half-Long" ones. I hope they are not all going to be like that! 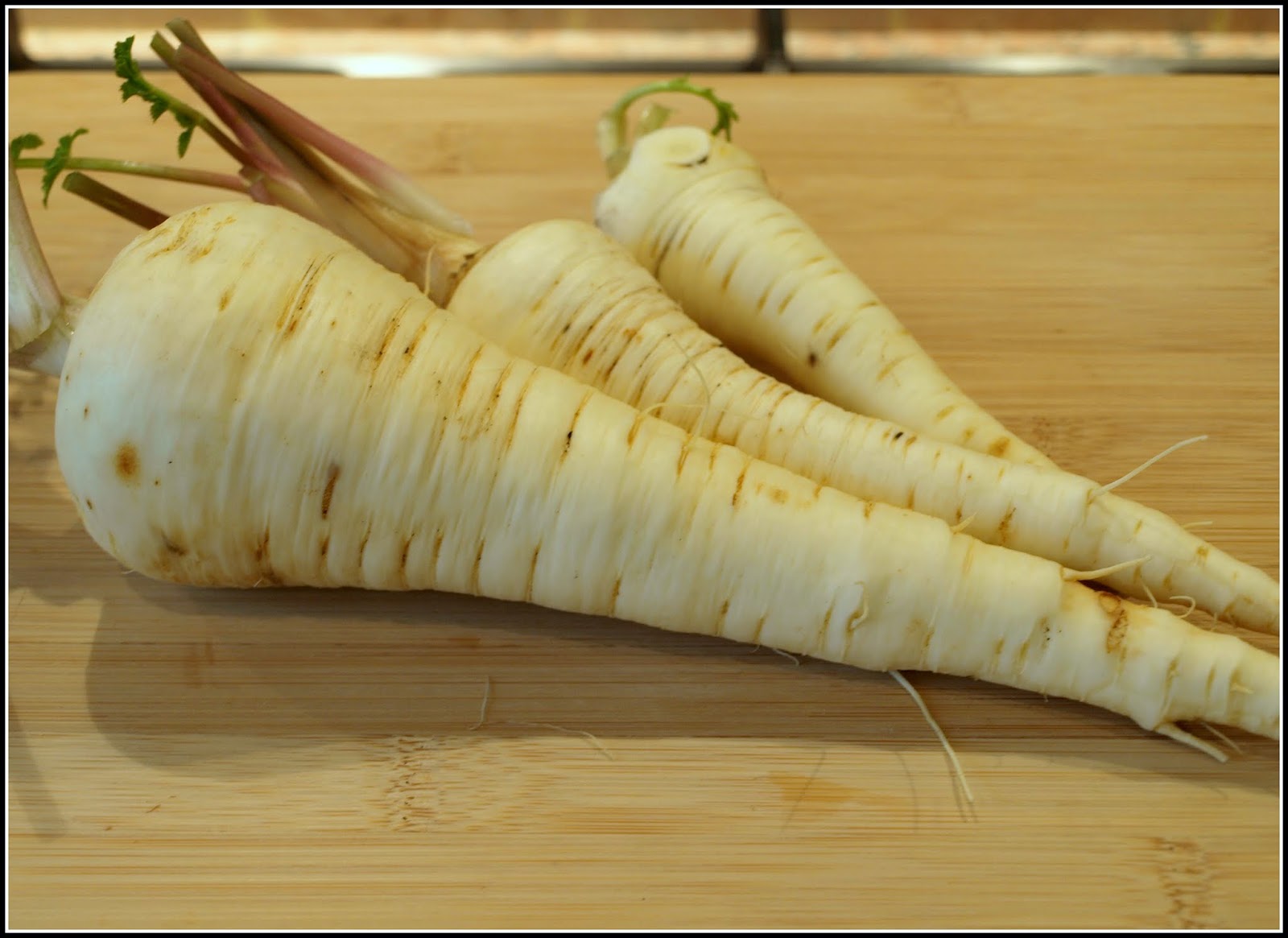 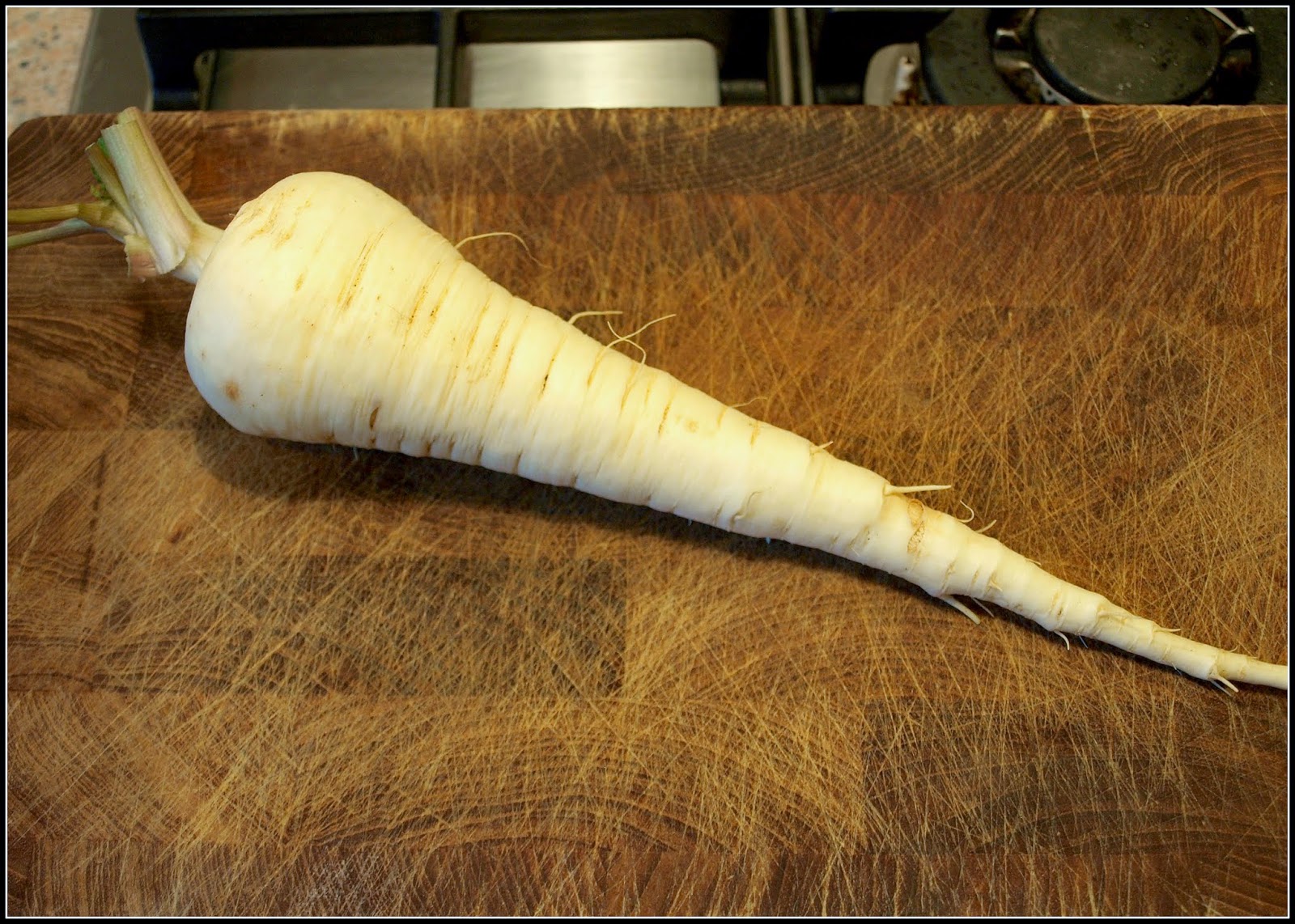 What is it that makes one parsnip straight and regular, and another one squat and forked? Forking in parsnips is supposed to be caused by either too many stones in the soil (there are none in my raised bed), or recently-manured soil (my raised bed had a little pelleted chicken manure added last Autumn). But anyway, both of my types are growing in the same bed, so it can't be anything to do with the soil, which is exactly the same for both. 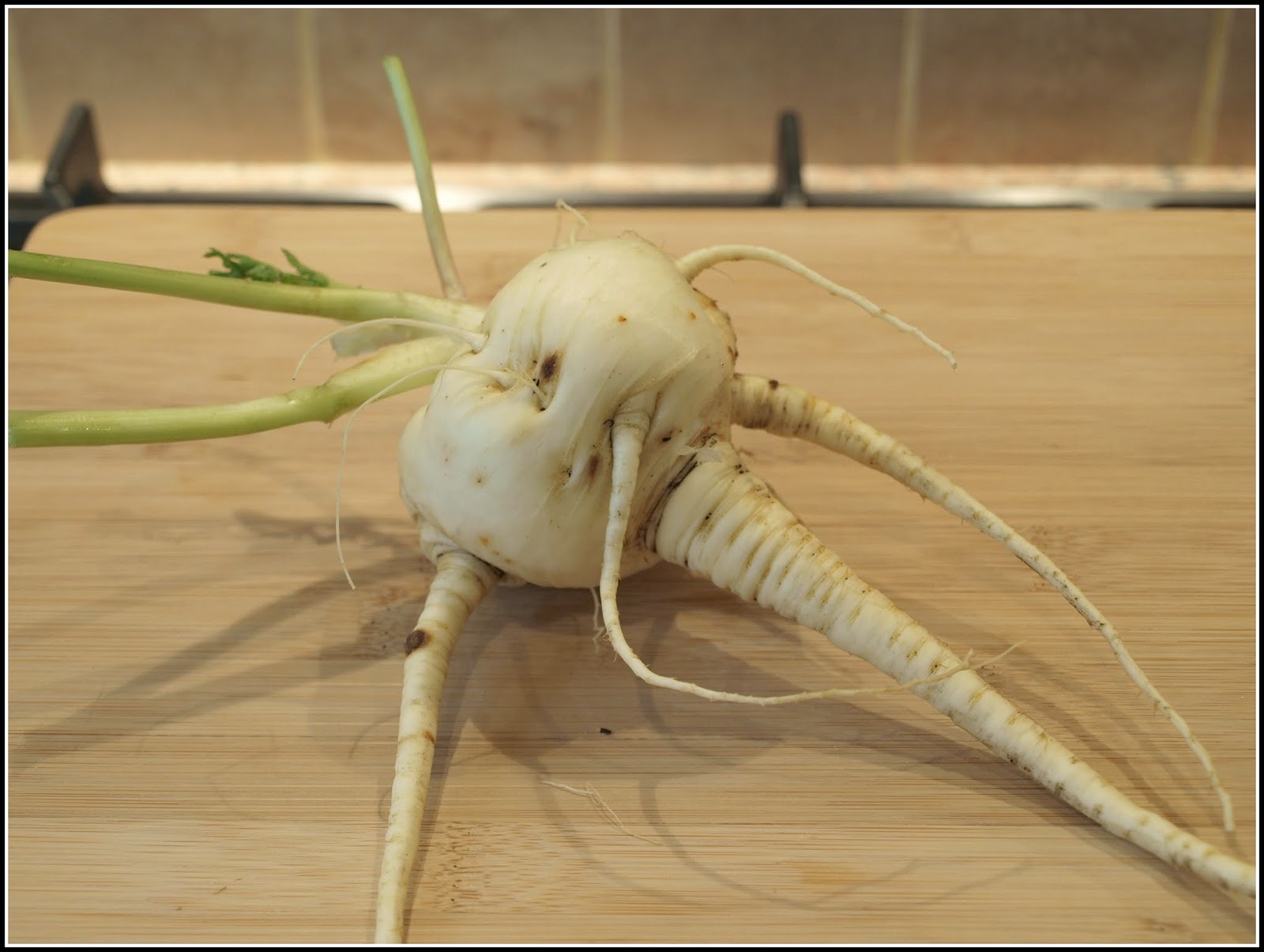 This specimen is not entirely useless. I will remove the long straggly bits, leaving an apple-sized central core which will be OK, but it's not going to be as nice as the straight ones. 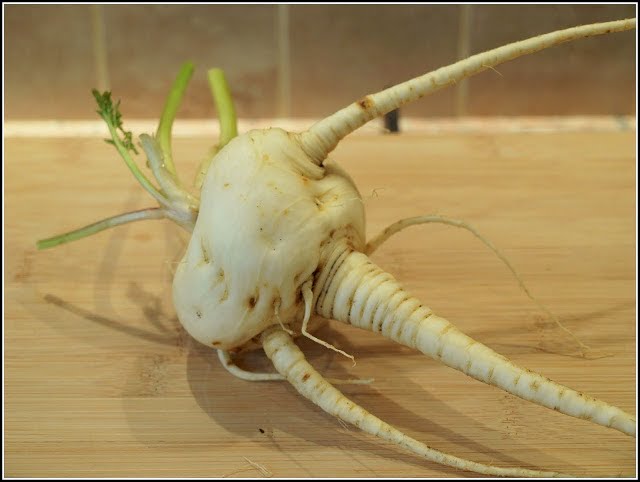 I'm impatient now to see what the other parsnips will be like. You just can't get any clue about that until you pull them up. 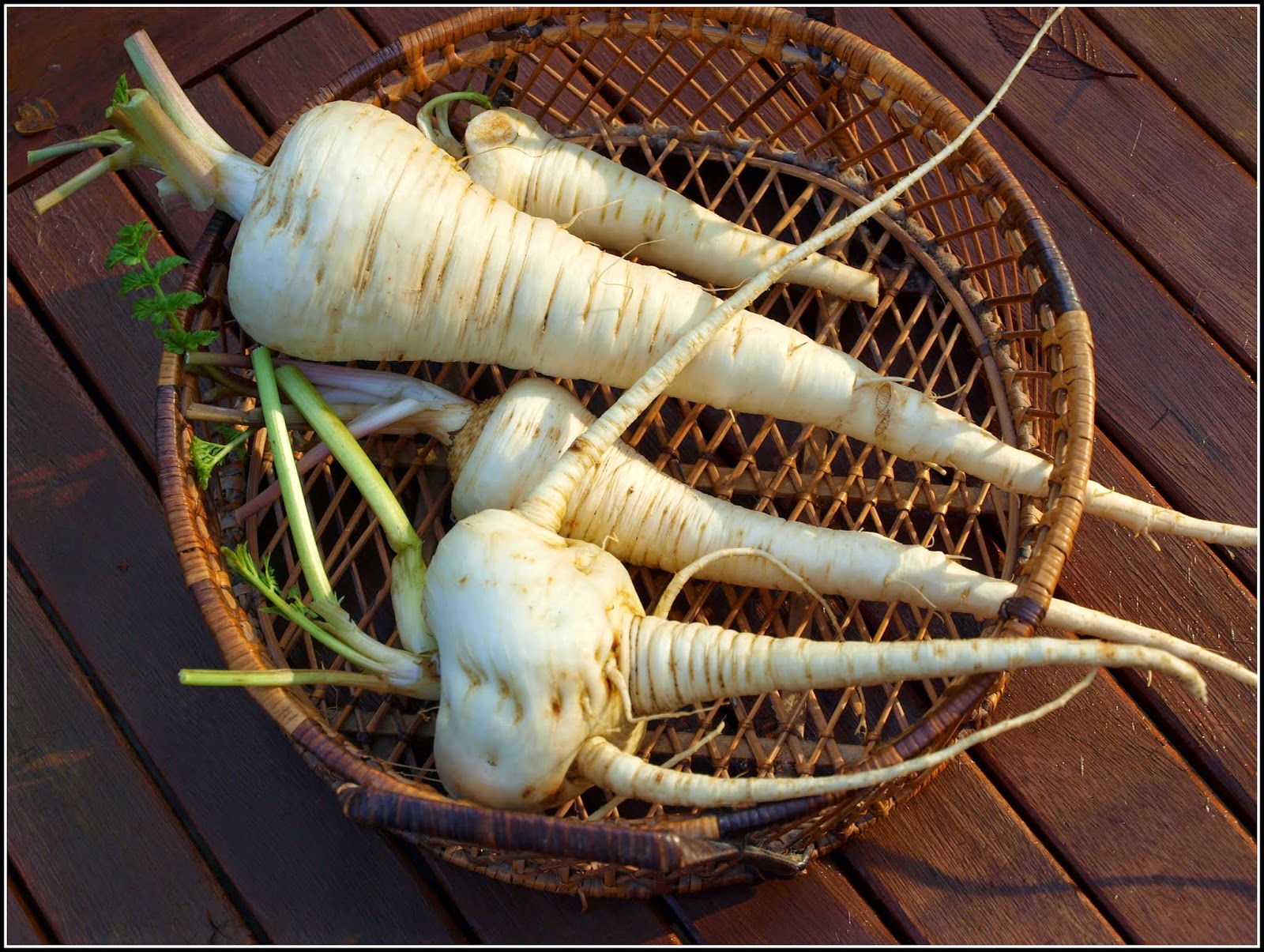