Yesterday I decided to make a hearty braised beef casserole with herb dumplings - ideal sustenance for the cold wet and windy weather we are experiencing at present - and it just seemed appropriate to serve it with home-grown carrots, so I went out and had a furtle around in the big raised bed to see what I could find. I found these (the leek was from a different area of the garden though). 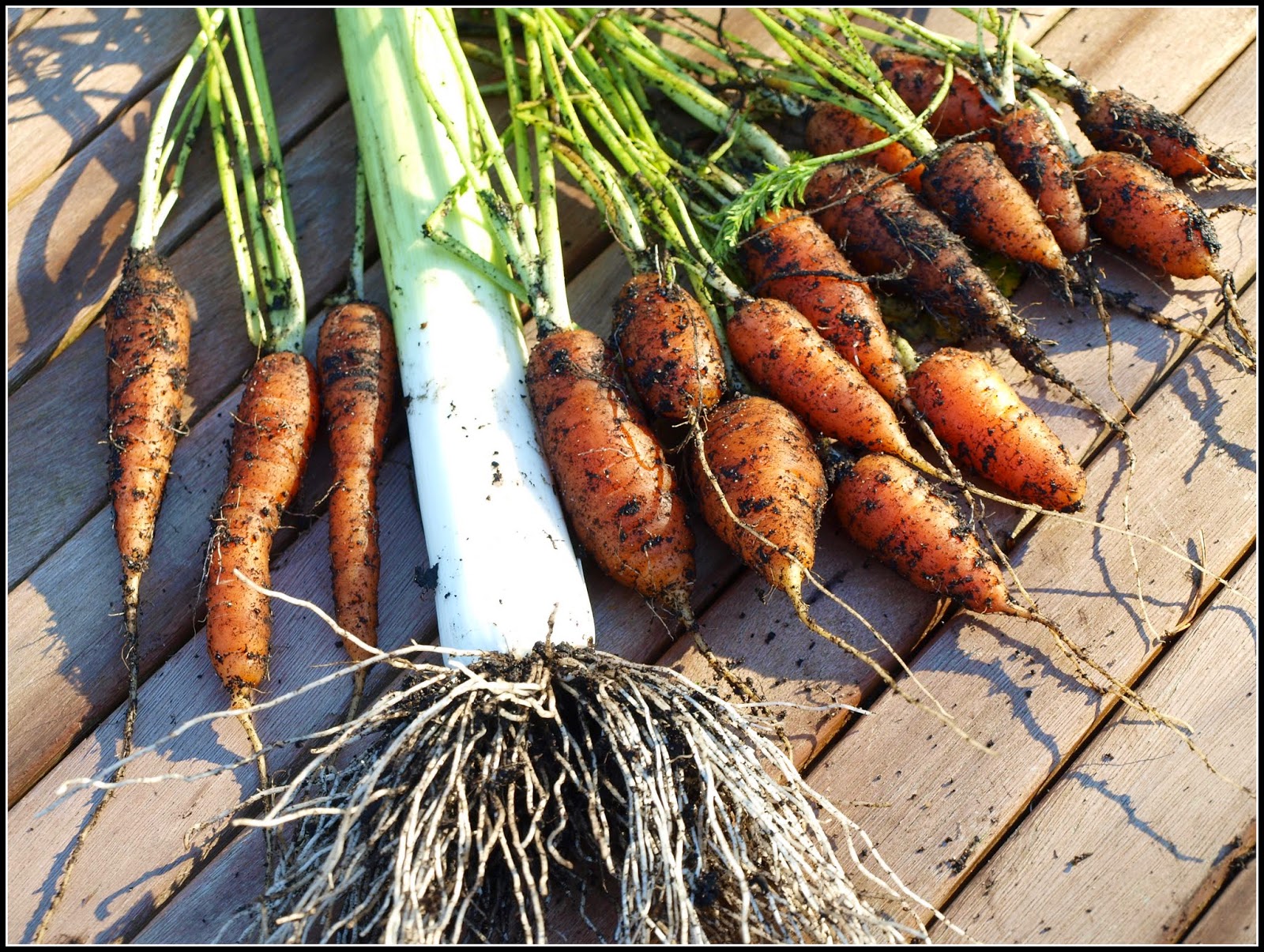 Although much of their foliage has died down now, there are still quite a lot of carrots in there. When I sowed the carrots back in the Spring I put in 3 different types: "St.Valery", "Early Nantes" and "Autumn King". The most productive ones have been "Early Nantes", but I think most of them have been used by now. The ones I picked this time were mainly "Autumn King".


Although I have had a few good-sized ones, they are mostly a lot shorter than I had hoped for - quite "stump-rooted" really.


I don't know why this is. It certainly isn't due to lack of depth of soil, because there is about two feet of soil in that bed. And you can see that they put down long thin tap-roots. 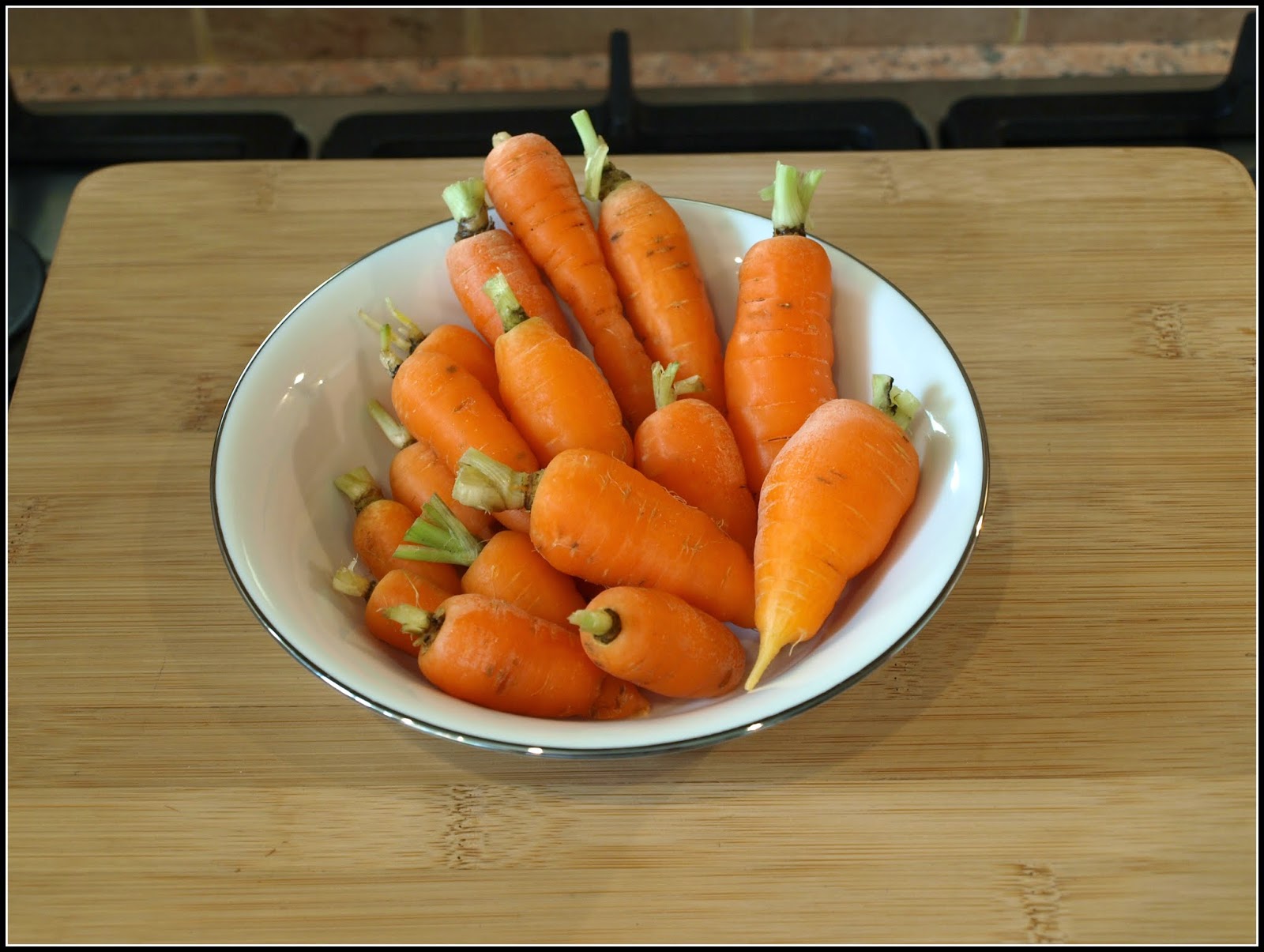 One or two of the carrots had a little bit of slug damage, but there was no Carrot Root Fly damage at all.


These carrots have been in the ground for a long time now, and their skins didn't look very appealing, so they were peeled before cooking. I usually just scrub home-grown carrots if the skins look OK. 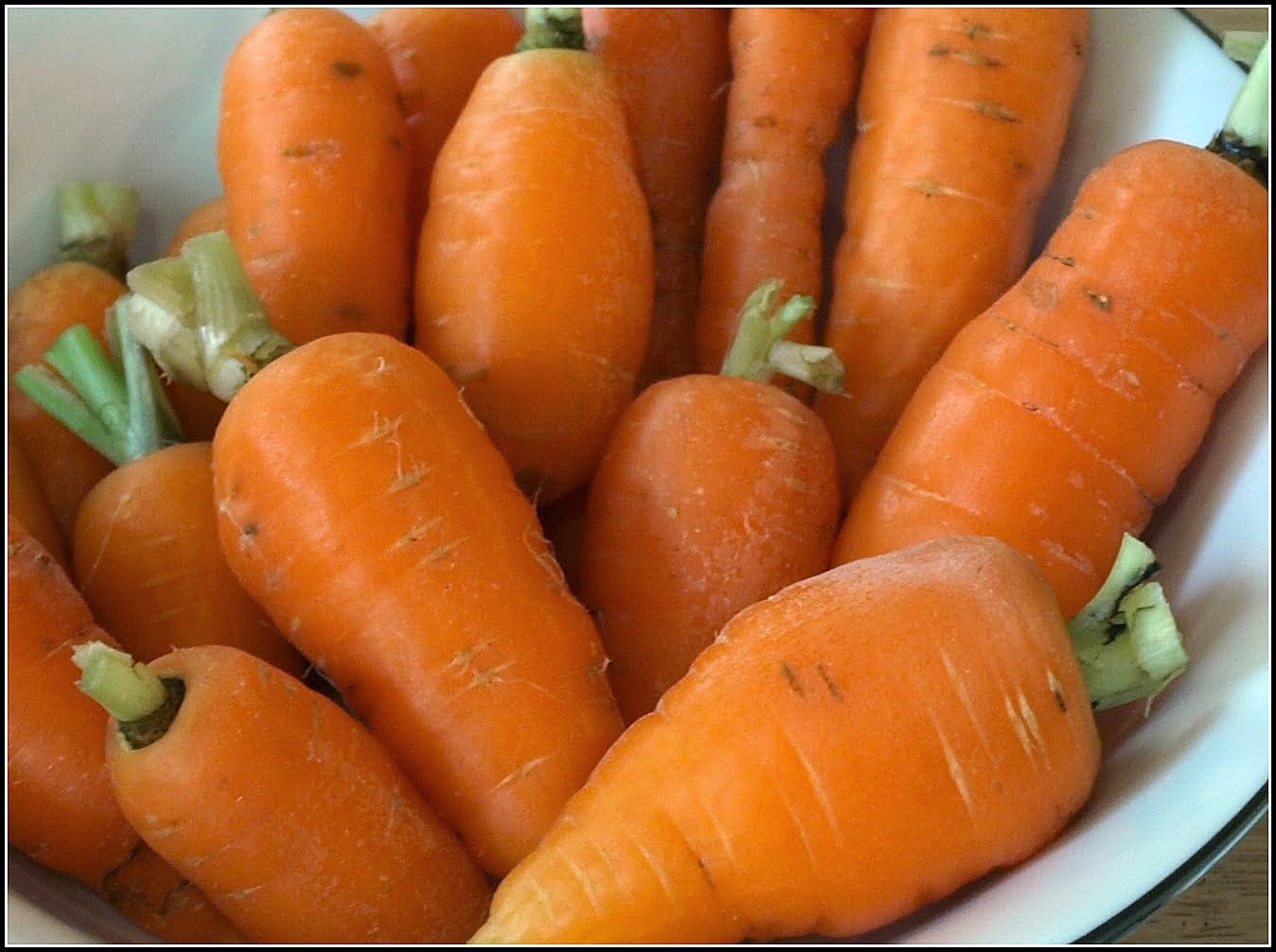 This has been my best year ever for carrots. I know that is not much of a claim, because in the past my carrot-growing prowess has been severely limited, but I reckon this year's crop has been pretty respectable by any standards. I shall definitely be using the Enviromesh again, because it is this that has made the difference. Normally I would grow the roots in a different bed next year, following my crop-rotation plan, but that big deep raised bed seems so suitable that I think I will make an exception here. The extra height of the woodwork also made it easier to support the mesh, so that probably clinches it. I'll just make an extra effort to add more nutrients in the form of loads of home-made compost as well as a few handfuls of "Growmore".
Posted by Mark Willis at 12:00