Yesterday, 6th November, we had our first frost of the year, after a very mild September and October. I would say this is about a month later than normal. I wonder if it means our Winter will drag on for longer, into what we normally consider to be Spring - March and April?

My Blueberries haven't had such spectacular Autumn foliage this year. Normally the advent of cold weather makes their foliage go a very dark red colour, then drop off more or less all at once, but this year most of them have already shed their leaves, without putting on much of a show. Only one plant still has most of its leaves, but they are more orange than red this time. 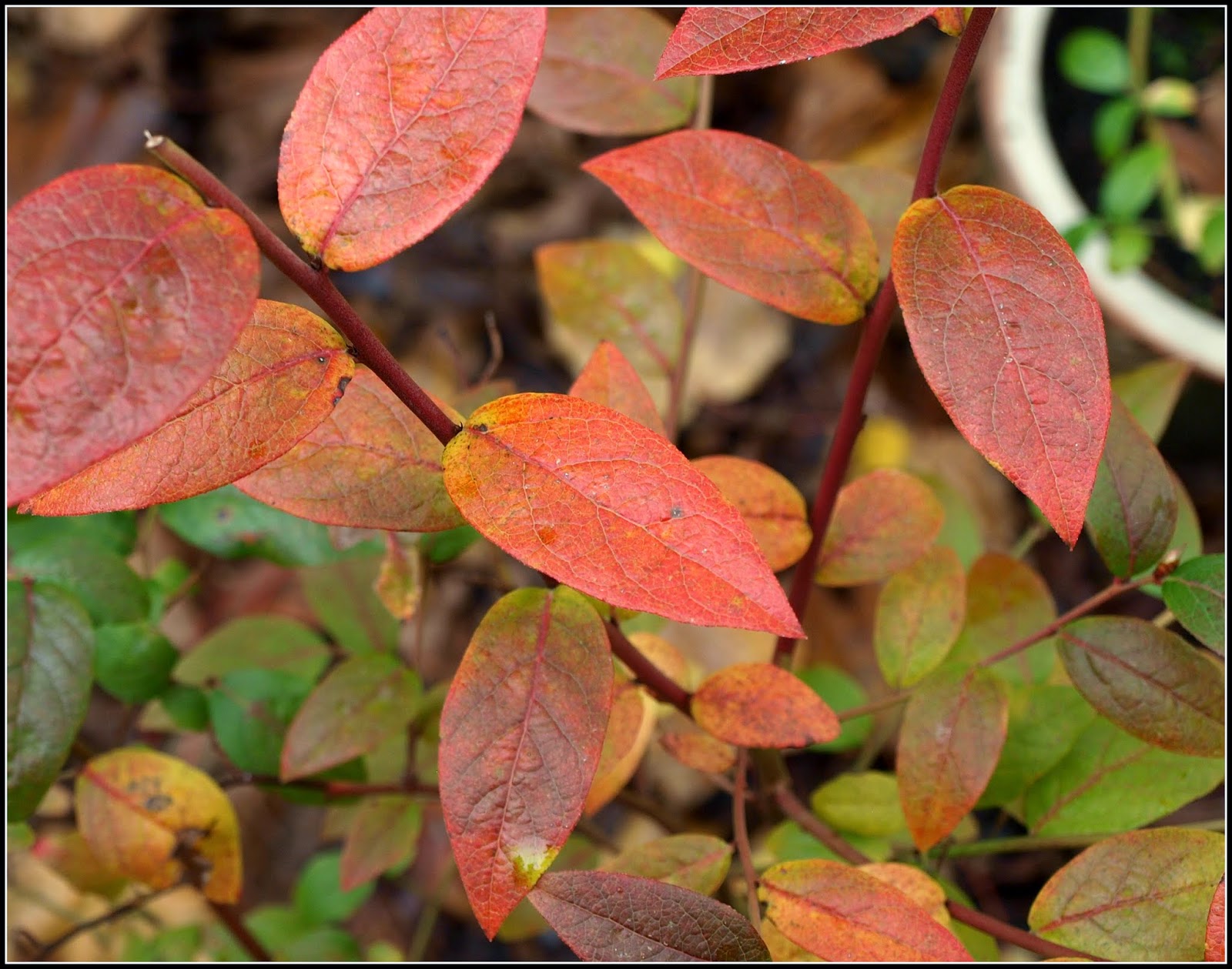 The plant is gradually getting submerged in fallen Maple leaves: 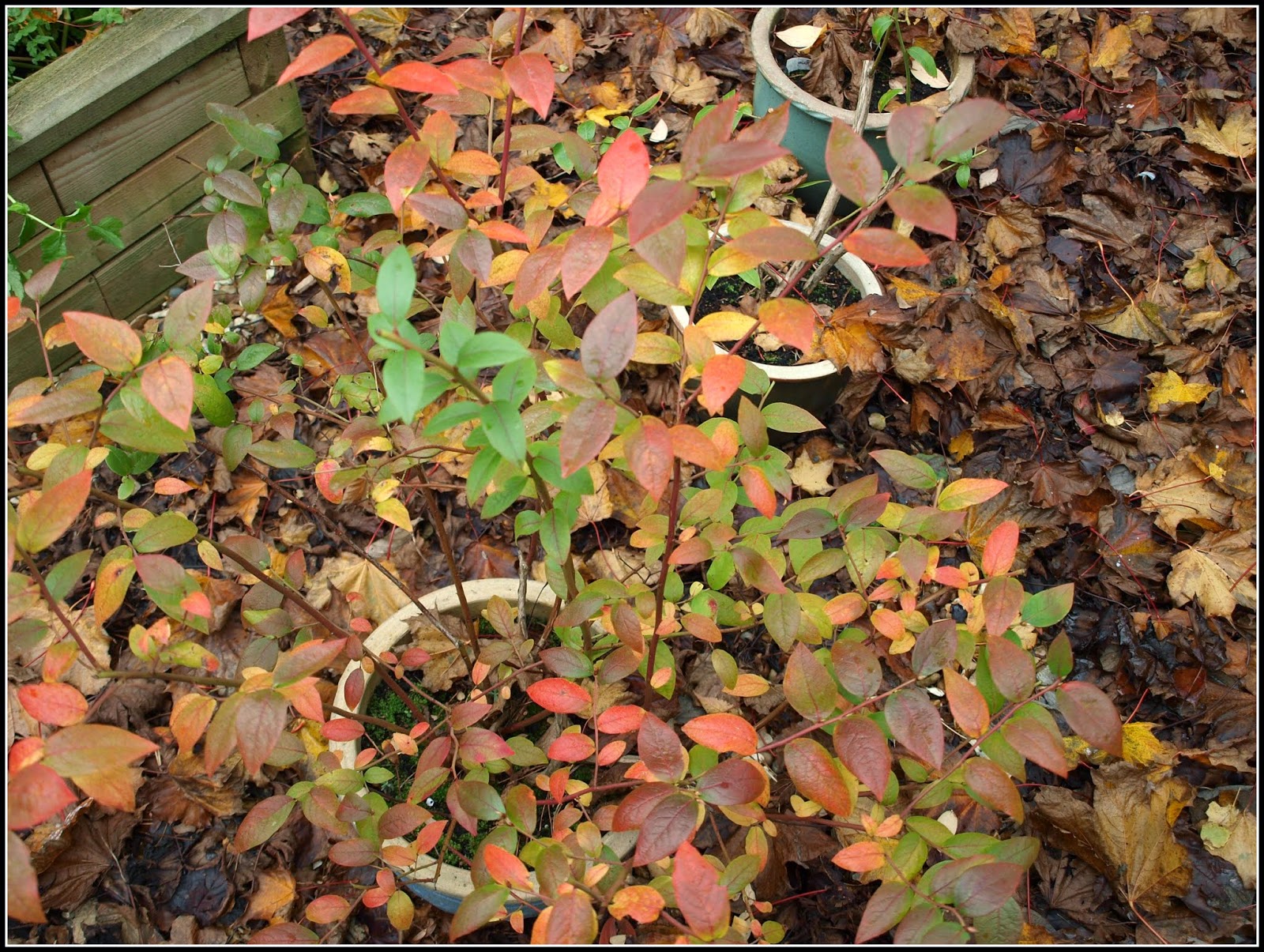 While we are on the subject of Autumn colours, what about this... 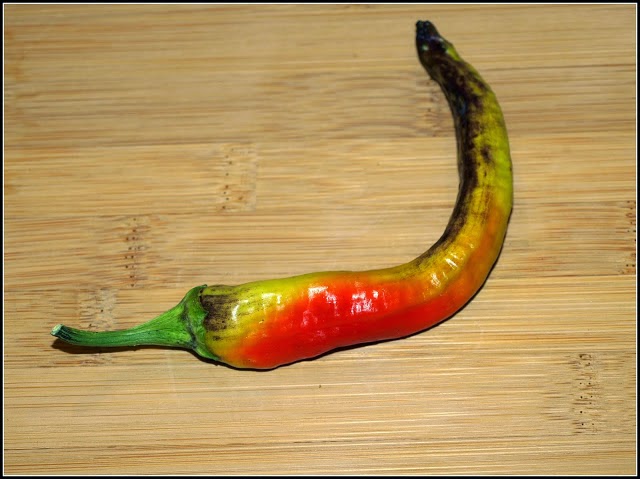 It's a real "Rainbow" chilli! Actually, it's one of the "Ohnivec" type, which I picked last week. It was mostly green / light yellow and purple last week, but since then it has been drying in the airing- cupboard and it has rapidly undergone a ripening process, developing those orange and red colours. Presumably it will go completely red before it begins to dry out.

My white Rose has had quite a few blooms recently. Most of the flowers come in May / June / July, but there is often a small second flush at about the middle of October. Surprisingly they seem to tolerate the cold quite well, and it is not unusual to have a few flowers still going at Christmas. 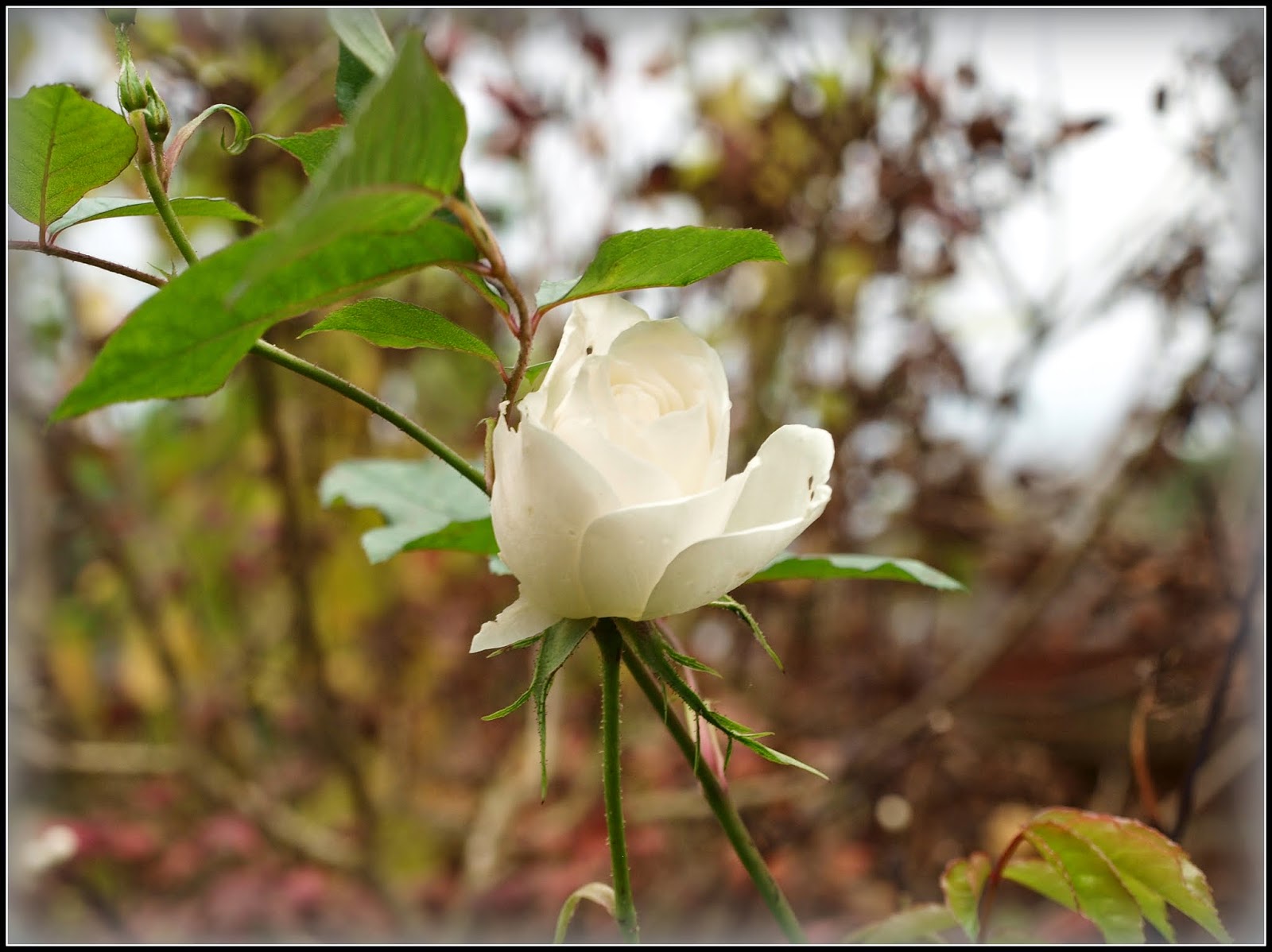 The Parsnips will benefit from the frost, I expect. It is supposed to promote the conversion of starch to sugar, making the roots sweeter than previously. I have taken the Enviromesh cover off my Parsnip / Carrot bed now, but I'm worried that the local foxes will see this as an opportunity to have a good dig around in it, so I have arranged a few pieces of wood over it to dissuade them. 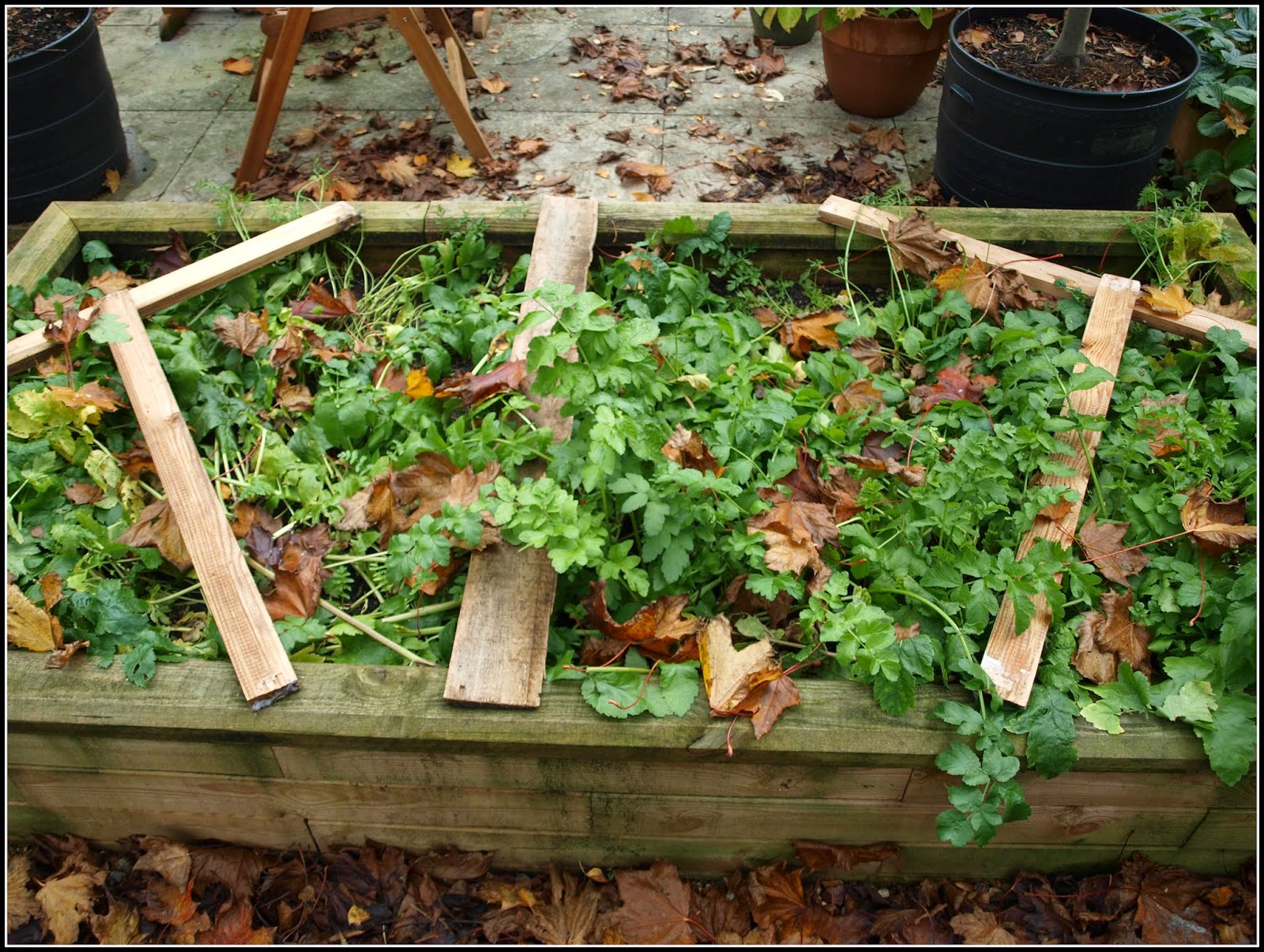 To be honest, I don't expect this to be very effective, but it was all I had time for. At the weekend I think I will find a piece of wire netting to make a more serious obstacle. And I might have a dig myself (I mean, lift some more carrots and parsnips!).

Urgh, looking at these photos has reminded me that I still have ahead of me the task of collecting all those Maple leaves. :(
Posted by Mark Willis at 12:00