A couple of days ago, fellow blogger Jo posted to her blog The Good Life about pruning Geraniums (Pelargoniums) in order to keep them over Winter for next year. This has shamed me into doing the same...

For me the task was not a big one. This year I have only had one Geranium plant, but it has occupied a prime position in a pot right by the front door. After the frost we had on Monday, it was looking pretty "Past it". 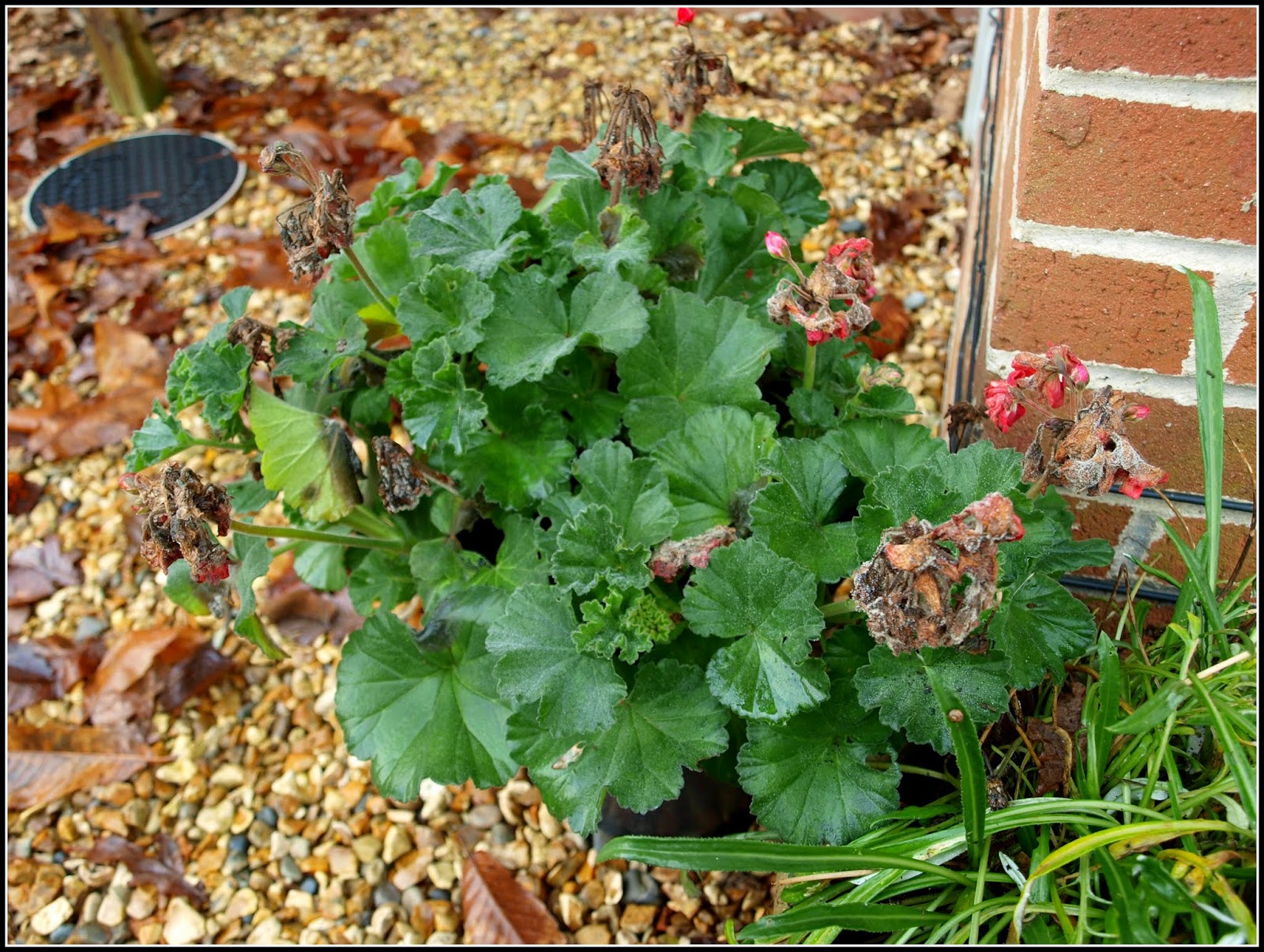 The recent mild damp weather has provided just the sort of conditions in which moulds thrive, and the Geranium's leaves and (faded) blooms were covered in fungal growths of one sort or another: 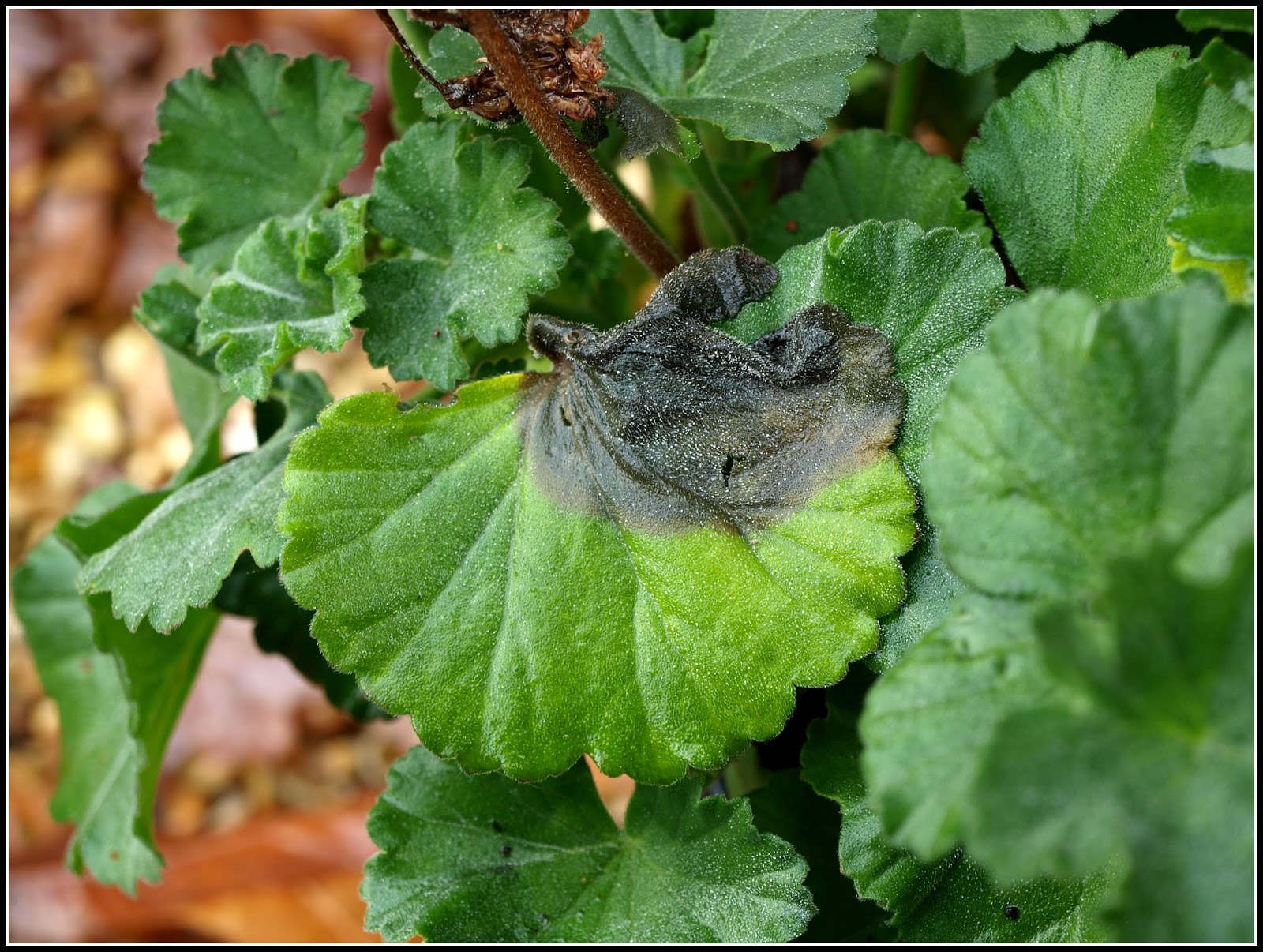 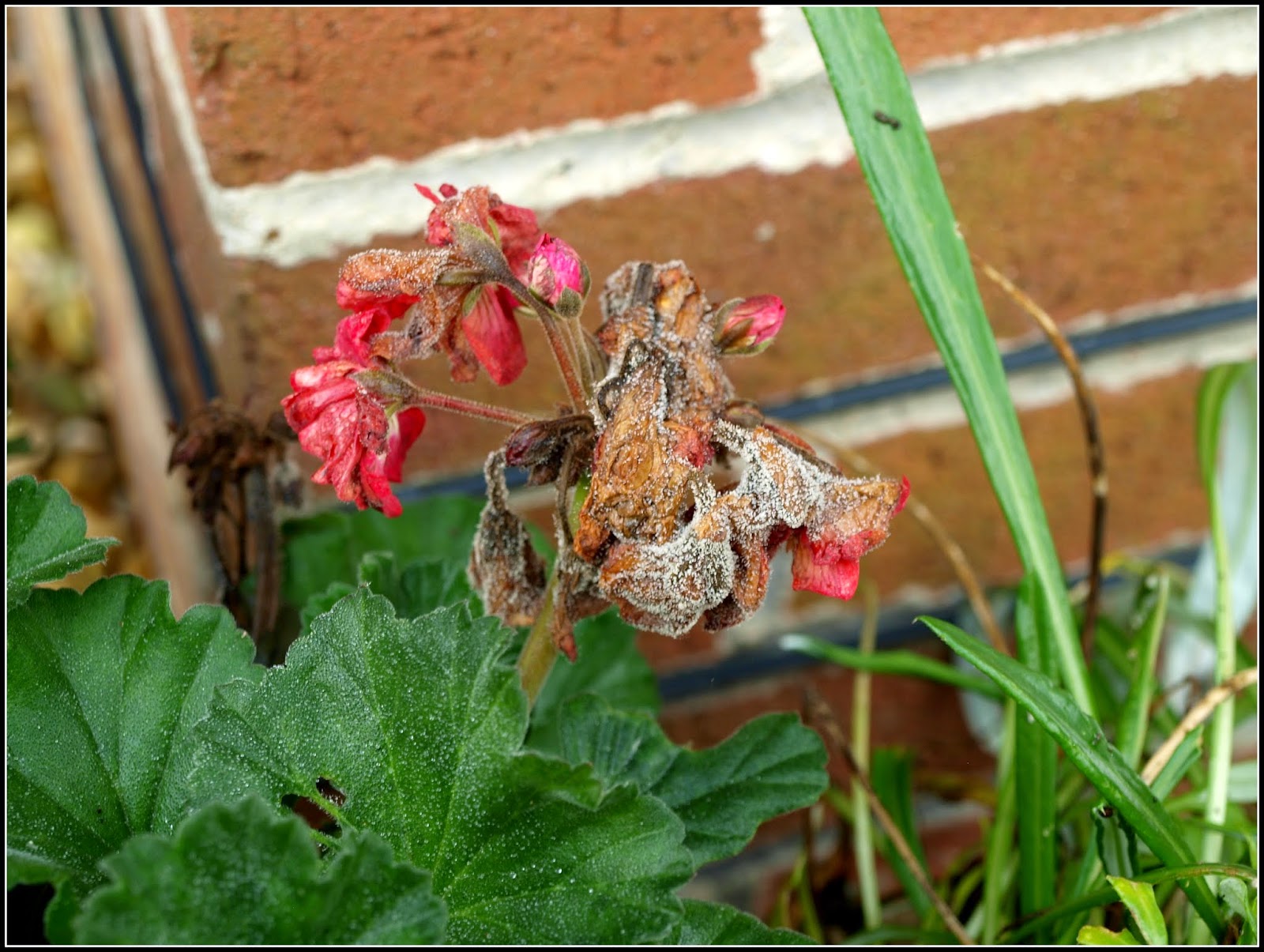 Actually it was hard to tell what was fungal growth and what was just tiny water droplets clinging to the hairs on the leaves. It looked as if the whole plant had been lightly dusted with icing-sugar!

Well, if this plant was to survive, it needed drastic surgery, which is exactly what it got: 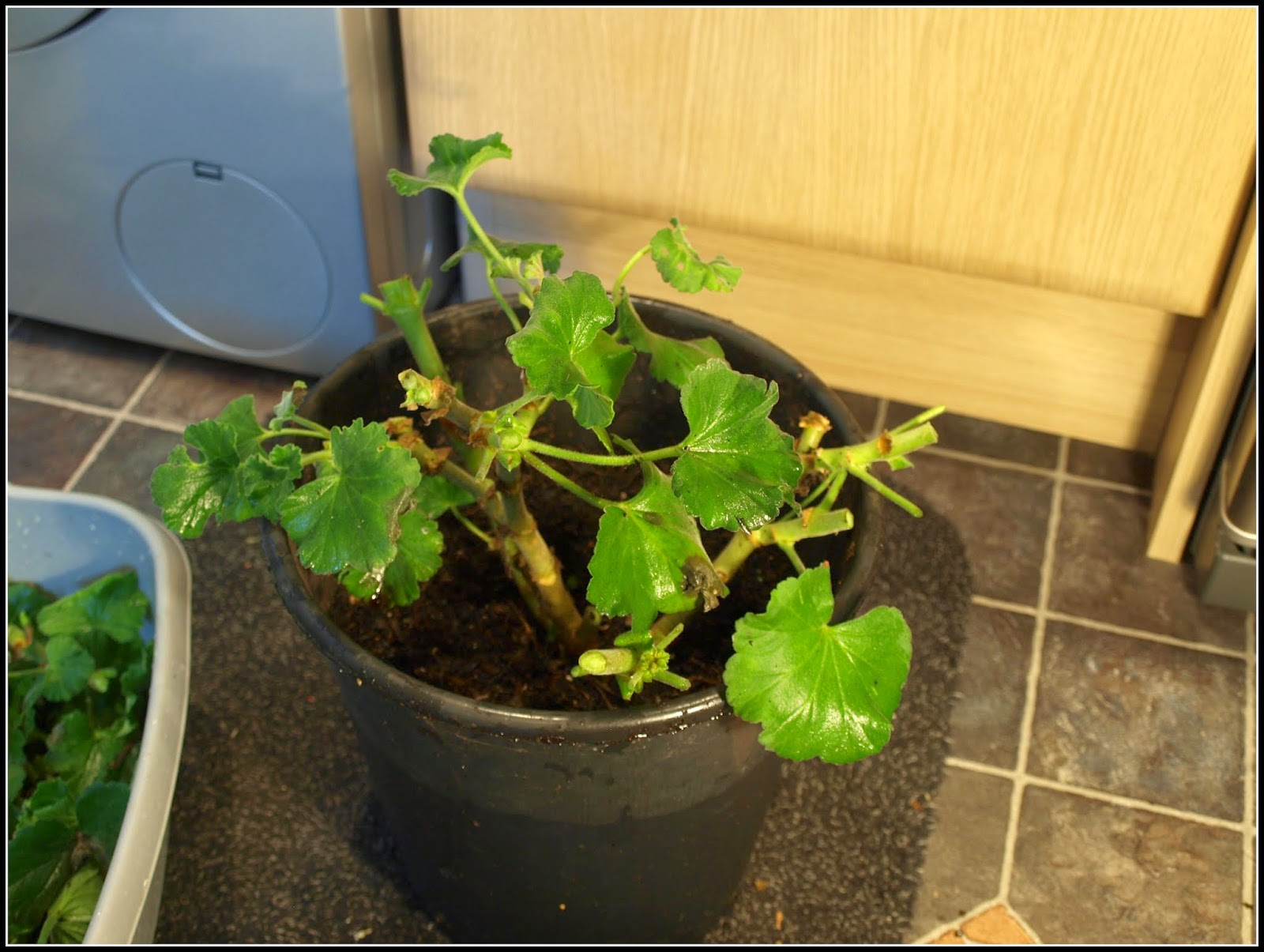 As you can see, I trimmed off most of the leaves and quite a bit of the "wood", leaving only four main stems. This is what came off: 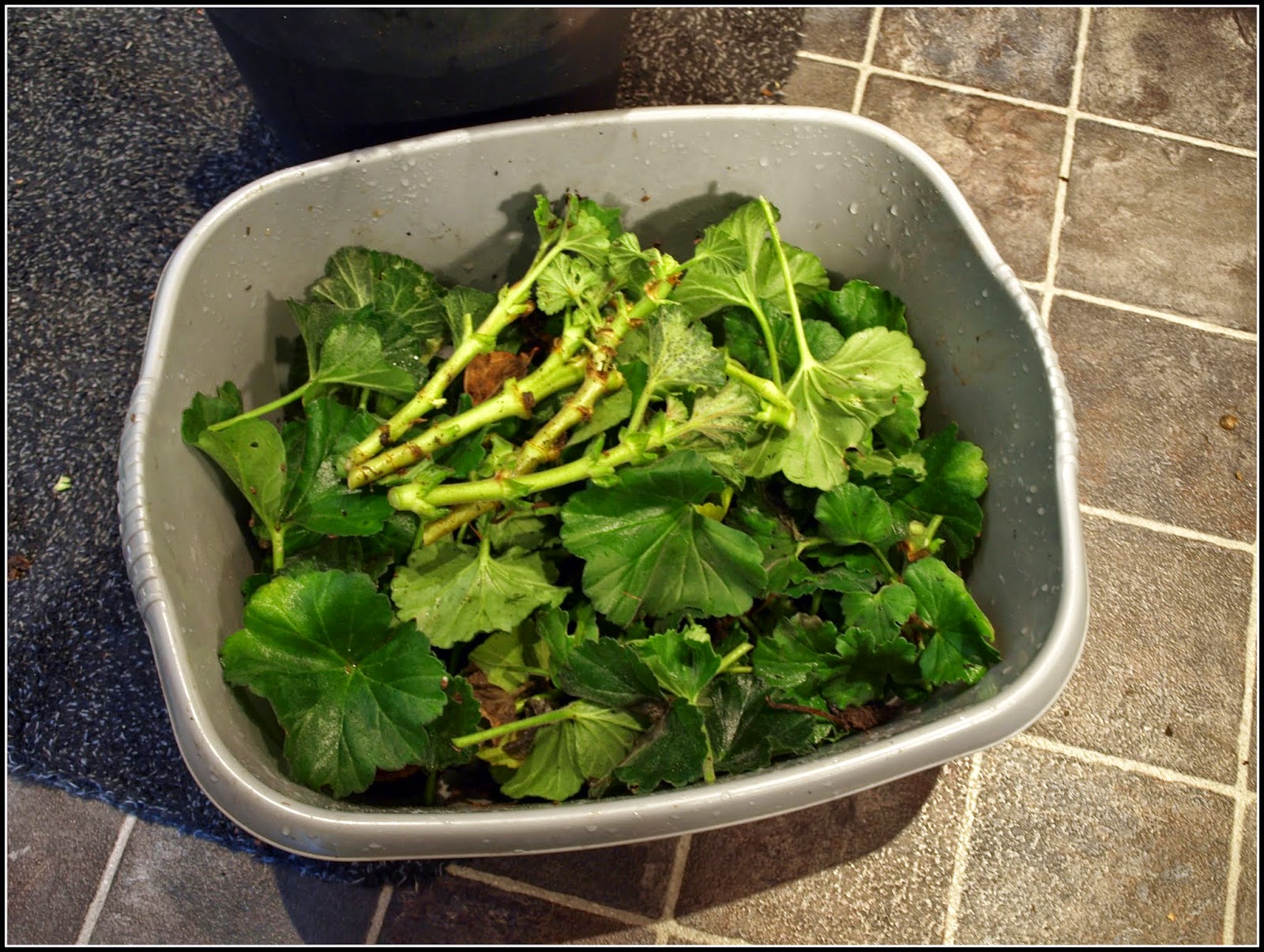 As I trimmed off the stems and leaves I realised that there was an opportunity for me to use some of these cuttings to produce some new plants. I chose four of the strongest-looking shoots; 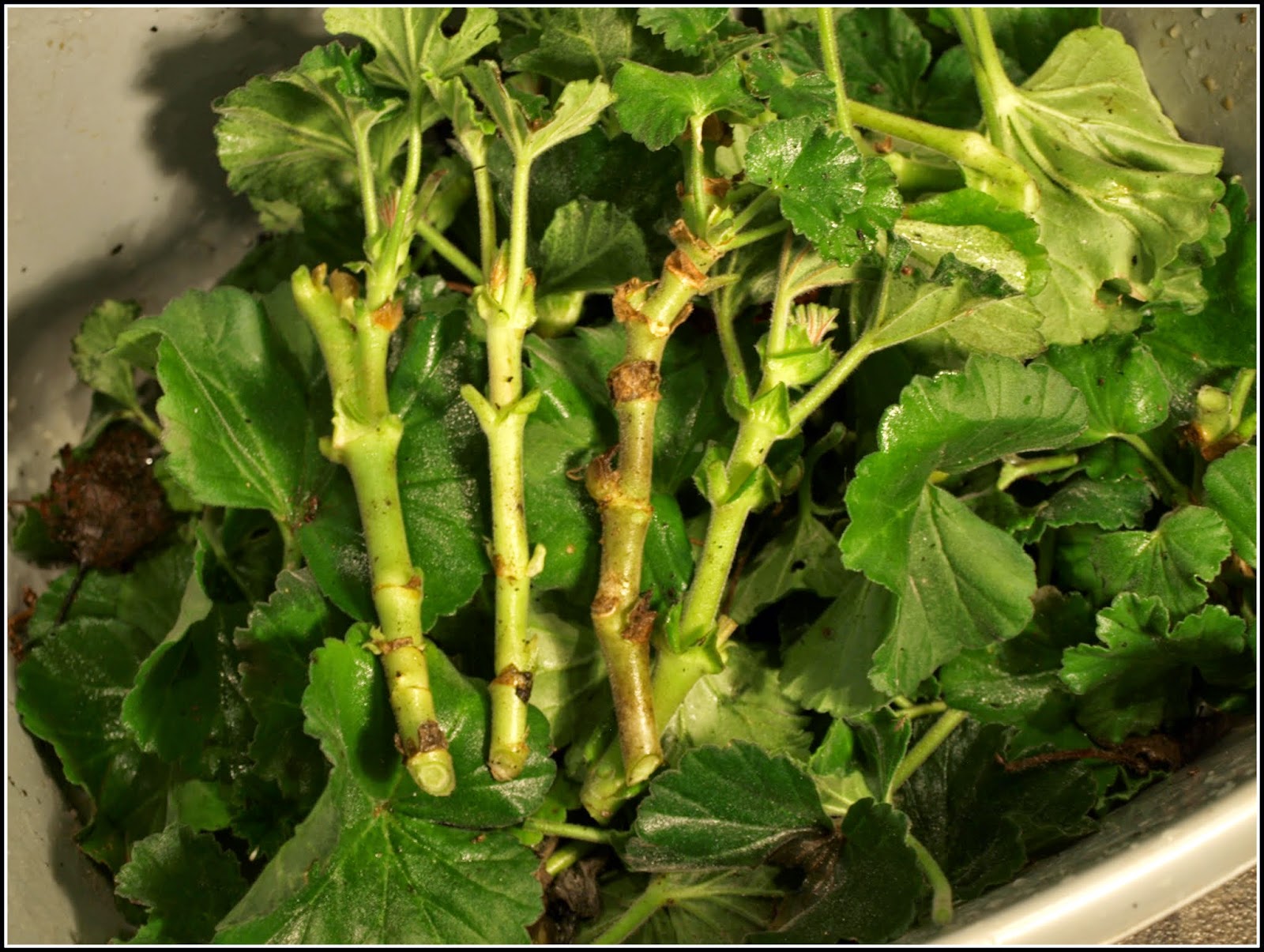 Removing all but a few of the smallest leaves, I pushed these cuttings into some 3" pots full of damp compost. Et voila - four new Geranium plants in the making (hopefully)! They are now sitting indoors on the windowsill of the spare bedroom. 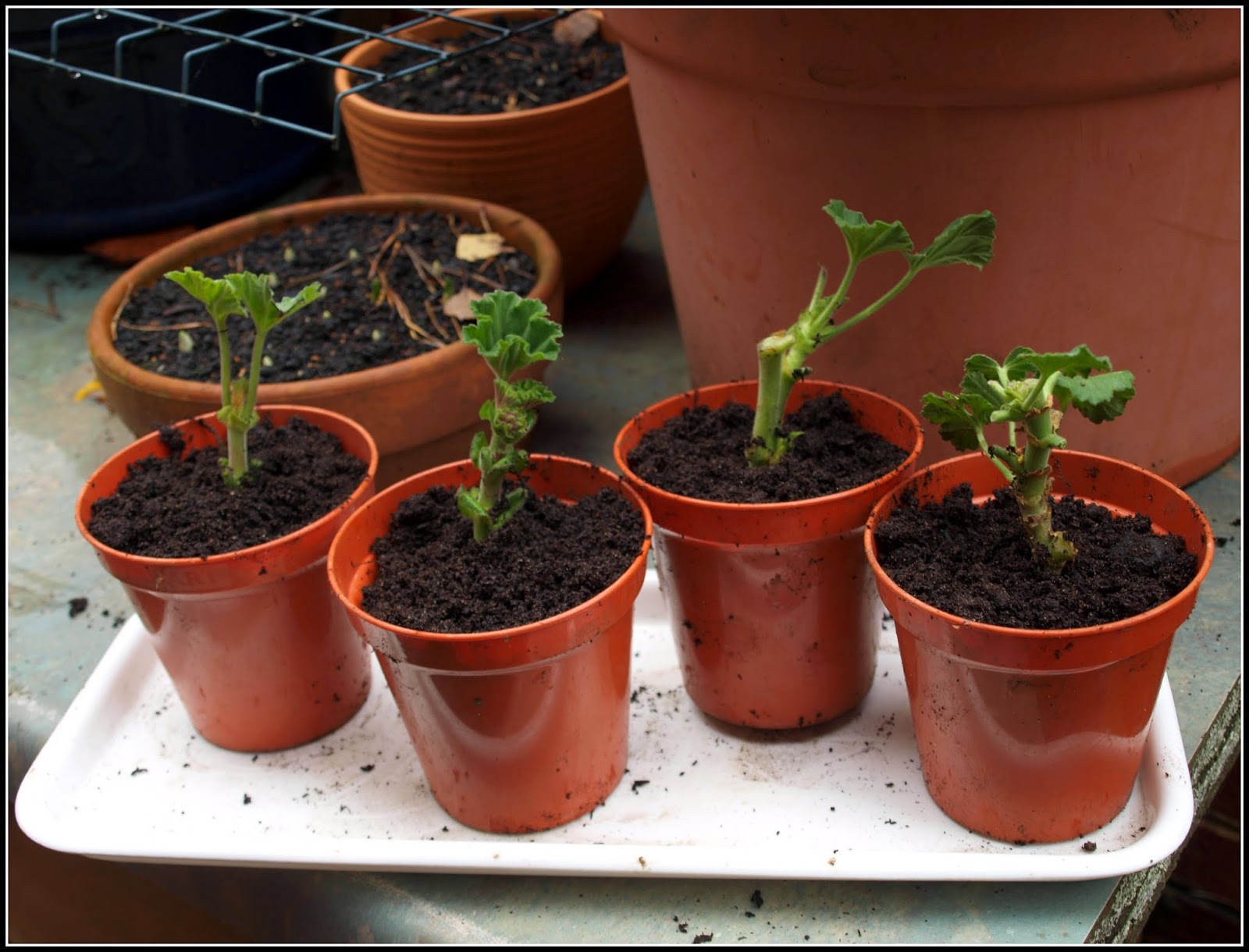 Actually it is far from certain whether any of them will "take" (start growing), but it's definitely worth a try because otherwise they would have gone straight in the compost bin with all the other trimmings - along with this voracious little monster: 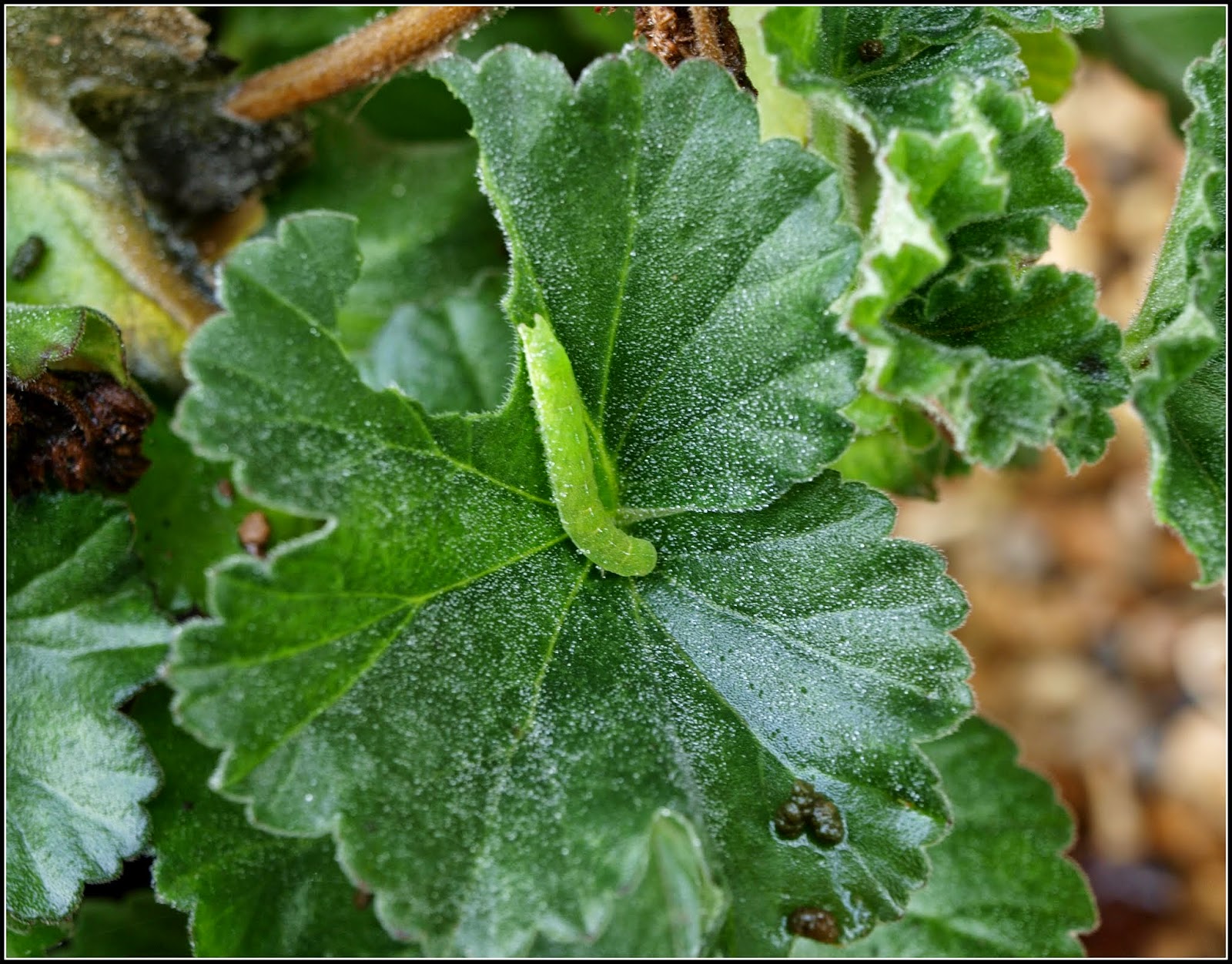