Butternut Squash soup is normally thick, sweet and creamy - which is nice - but today I offer you a variation on the theme: a Butternut Squash soup that is thinner and more savoury. My soup is inspired by one which we had many years ago when on holiday in Kenya. It is made with chicken stock and fresh tomatoes. Unfortunately the tomatoes I used were shop-bought ones, not home-grown, so they lacked the real depth of flavour I wanted, but in November I suppose I was being a bit over-optimistic. 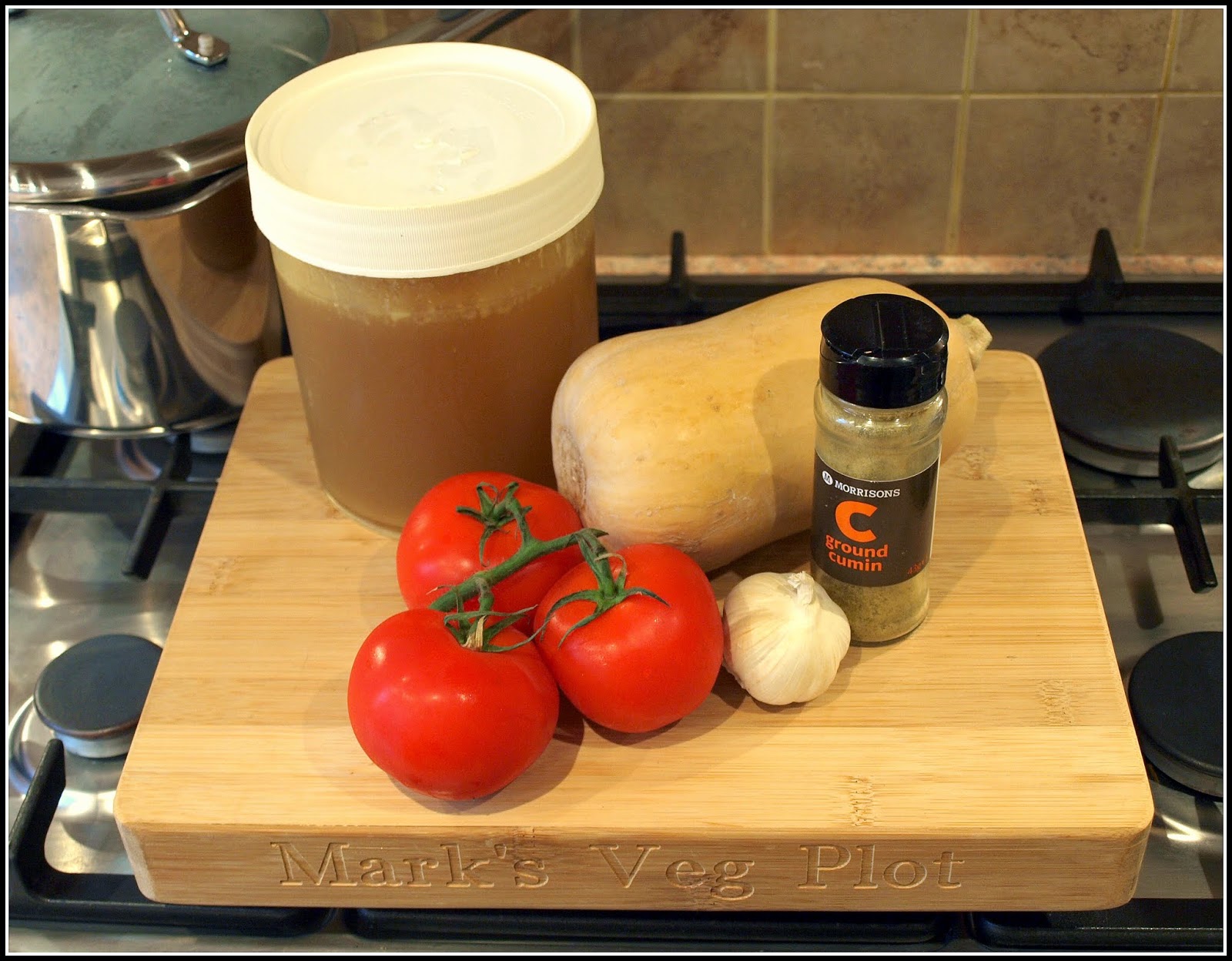 To add an extra dimension to my soup I roasted the squash in the oven, lightly oiled and dusted with ground Coriander and Cumin, and each piece was topped with a crushed clove of Garlic. 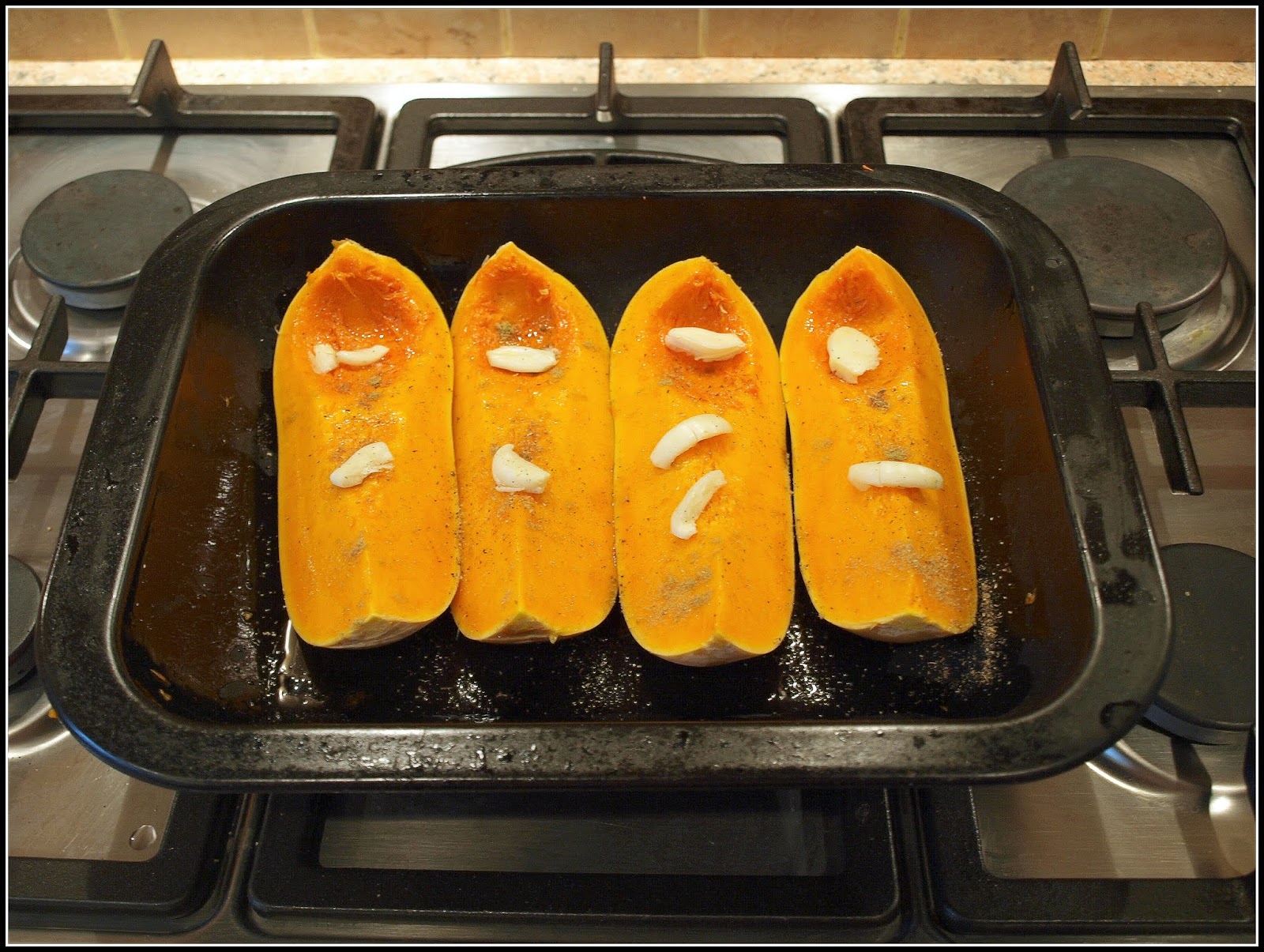 When it was done - skin lightly browned and flesh tender - I removed the skin and cut the flesh into large chunks. 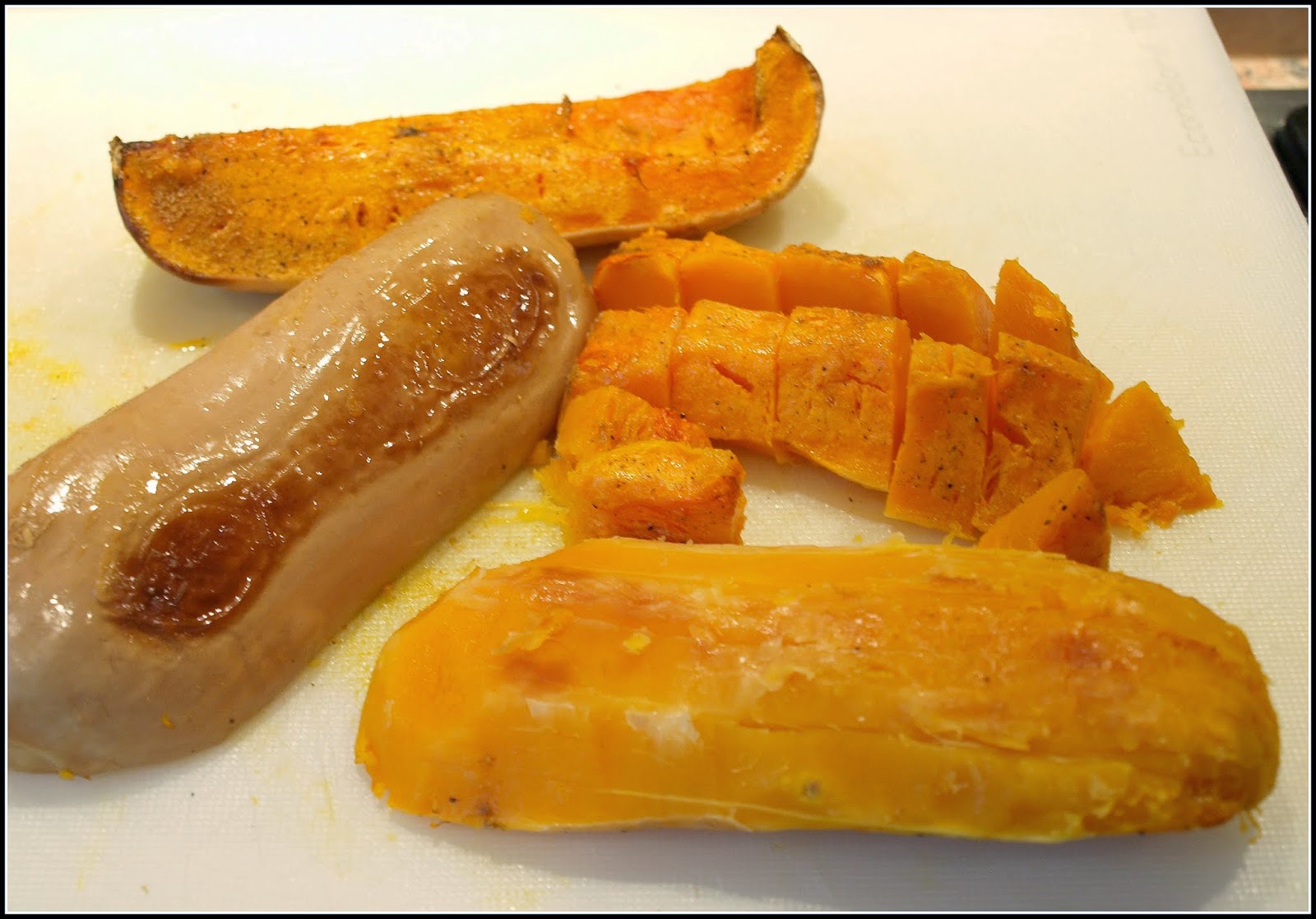 Meanwhile, I skinned and de-seeded five large tomatoes. I expect most of you know this, but an easy way to peel a tomato goes like this... Cut a cross in the top (stalk end) of the fruit, and immerse it for about 30 seconds in a bowl of boiling water. 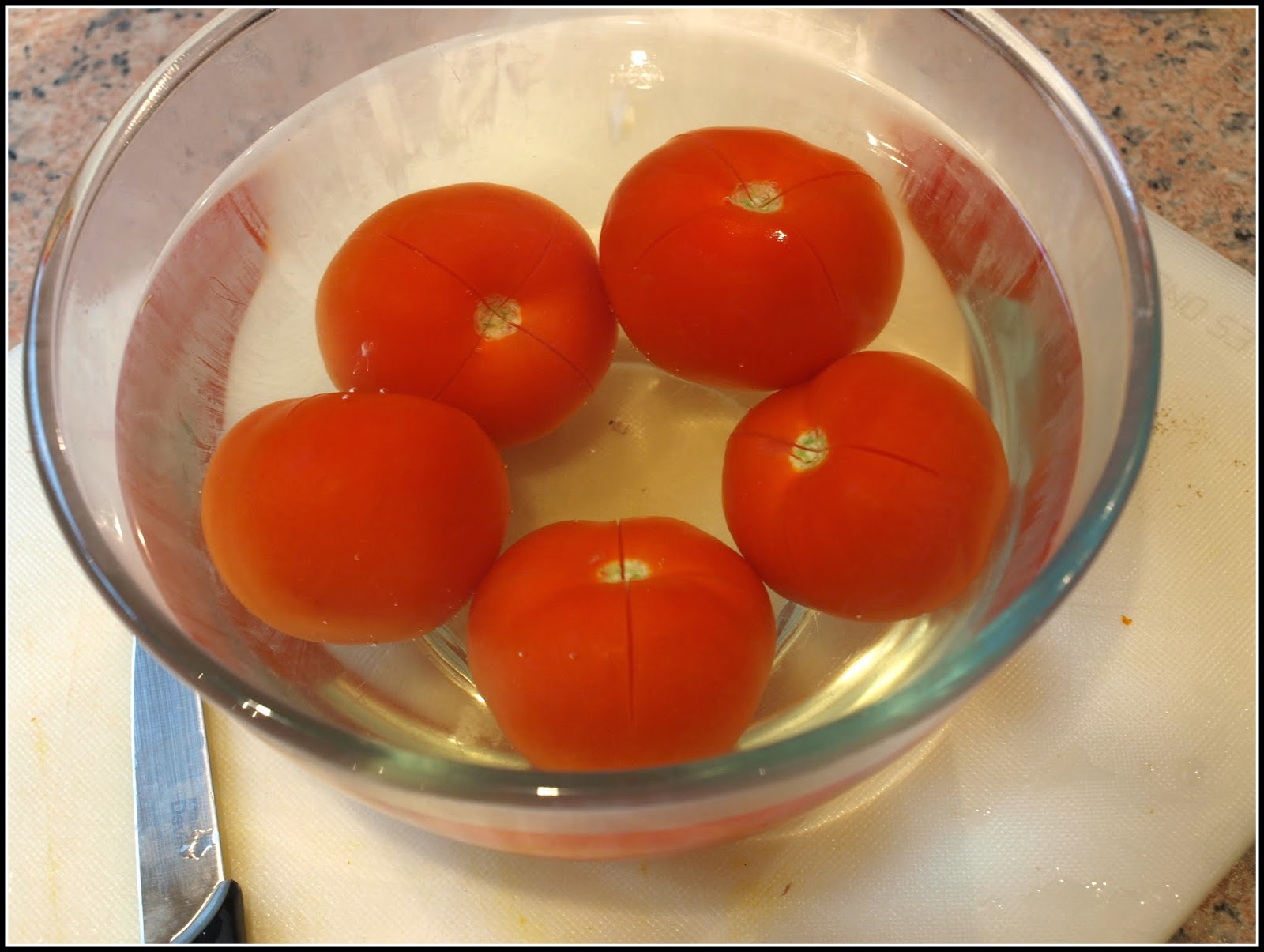 The skin then peels off very easily. You should be able to do it with your finger-nail, but if not, use a small knife. 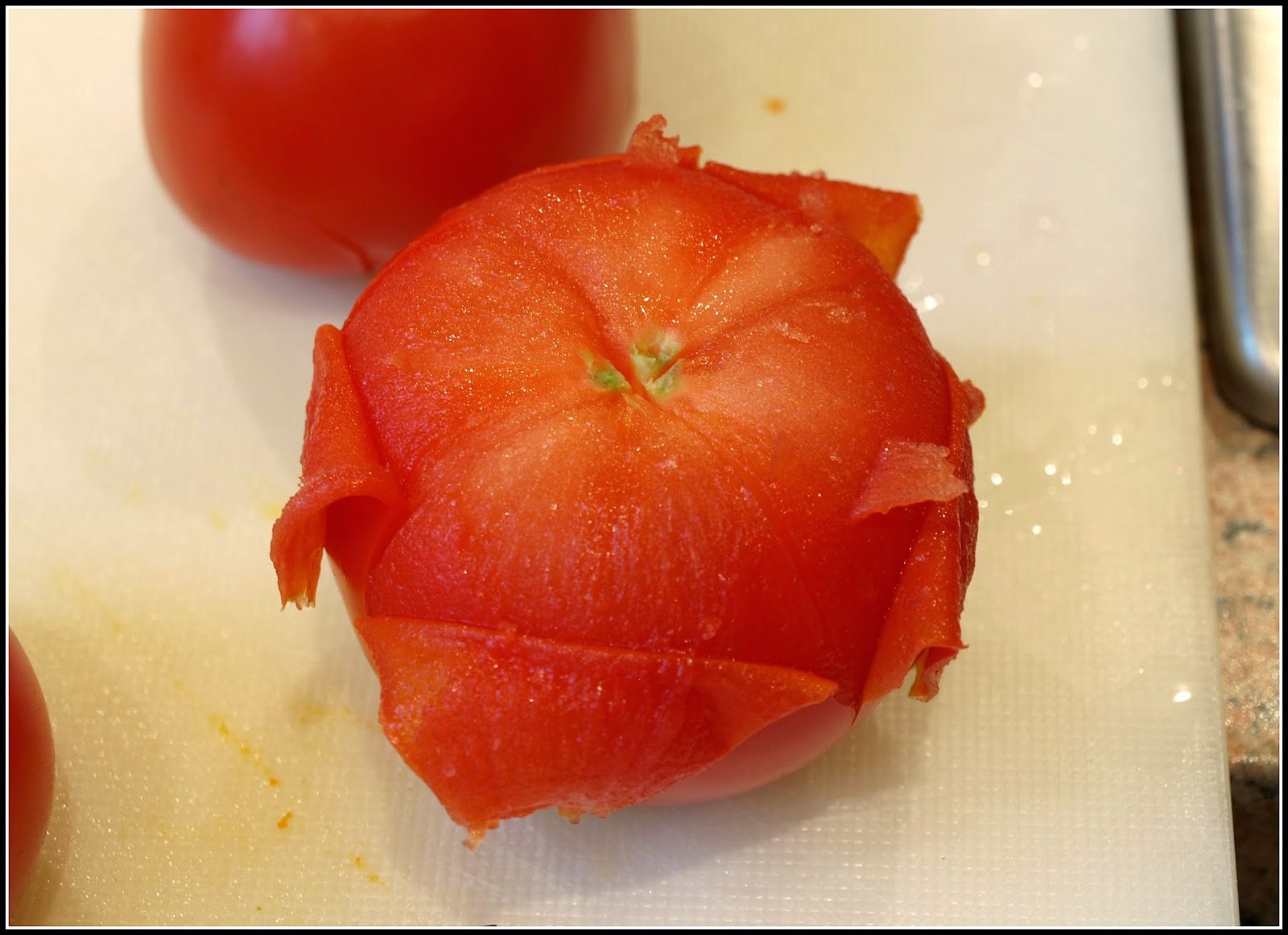 The chopped tomatoes and squash were then cooked for about 5 minutes in a big pan of home-made chicken stock, with a little added salt and pepper. After this stage they were very, very tender. 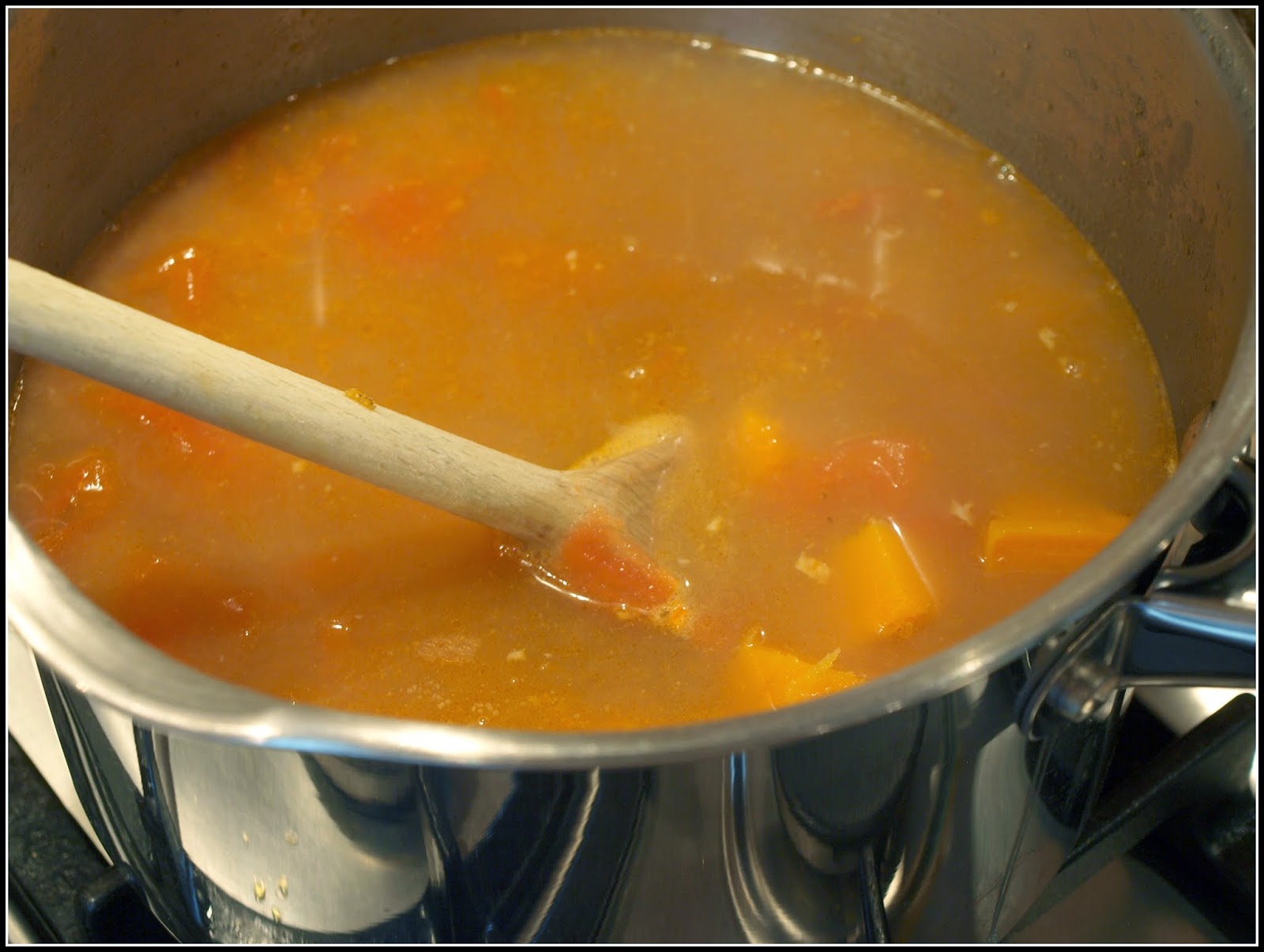 After allowing the soup to cool for a few minutes it was blended in a food-processor until smooth. 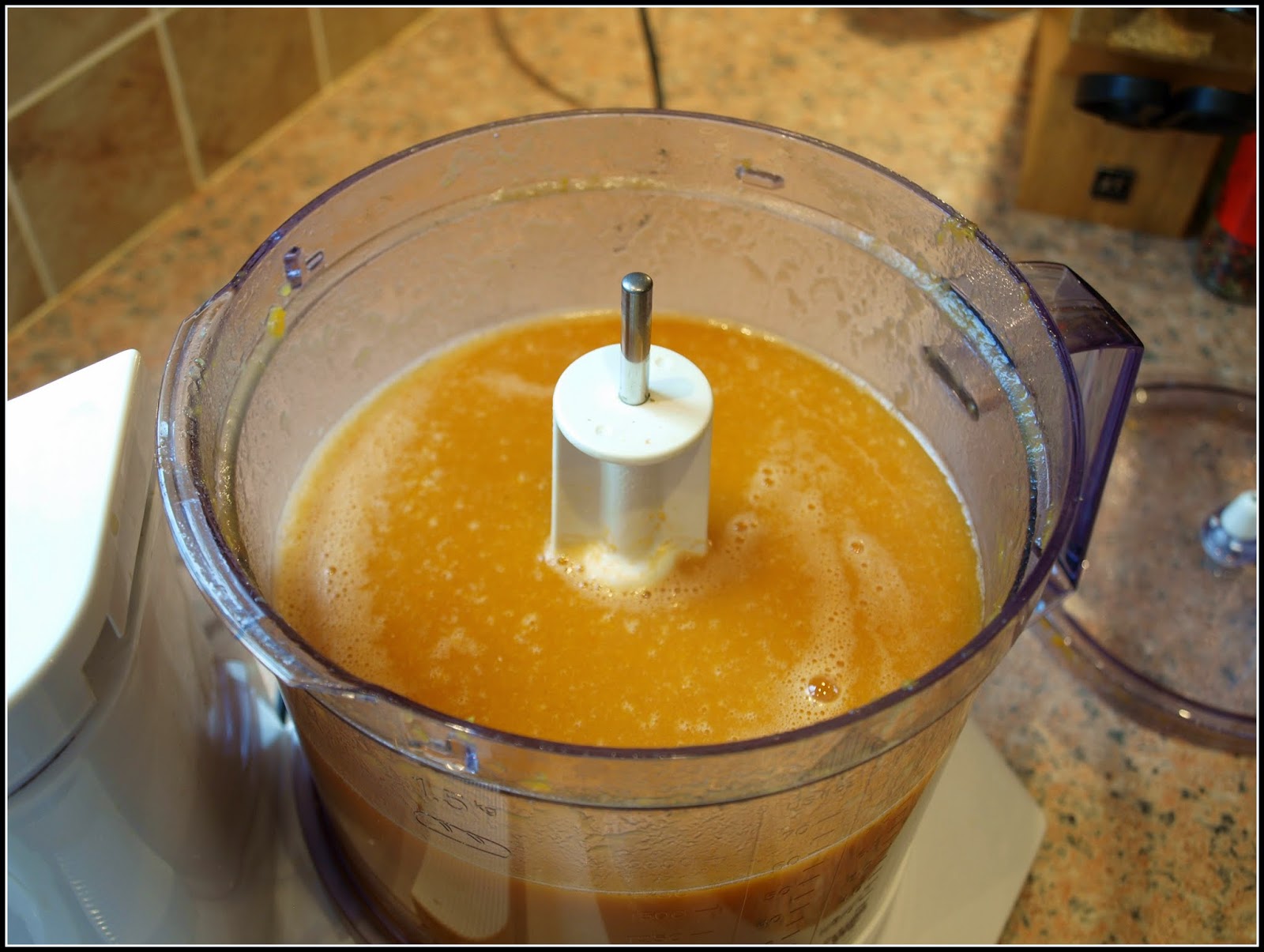 There is no onion in my soup, nor any cream, so its texture is quite runny, but that's how I wanted it to be. 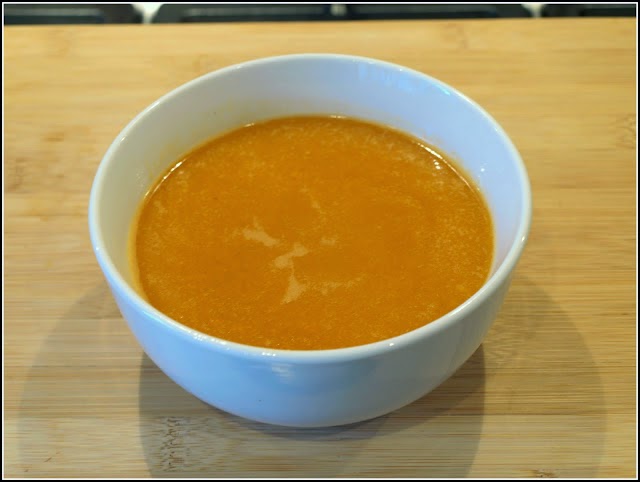 I served the soup with some home-made Soda bread, warm from the oven, with lashings of soft salty butter...

The warm spiciness of the Coriander and Cumin was especially nice, but the taste of the tomatoes was, shall we say, "subtle"! Probably one of those flavours that you would miss it if weren't there, but not one that you would particularly remark upon.