The beans have germinated

These days I sow my beans in pots, not directly into the soil. This means that I can protect them better until the danger of frost has passed. Runner Beans in particular seem to respond well to this treatment. They rapidly form a robust root-system so I don't even sow them in individual modules. I put six seeds in a 6-inch pot, and then separate the plants at planting time. Here are the first ones, just germinating: 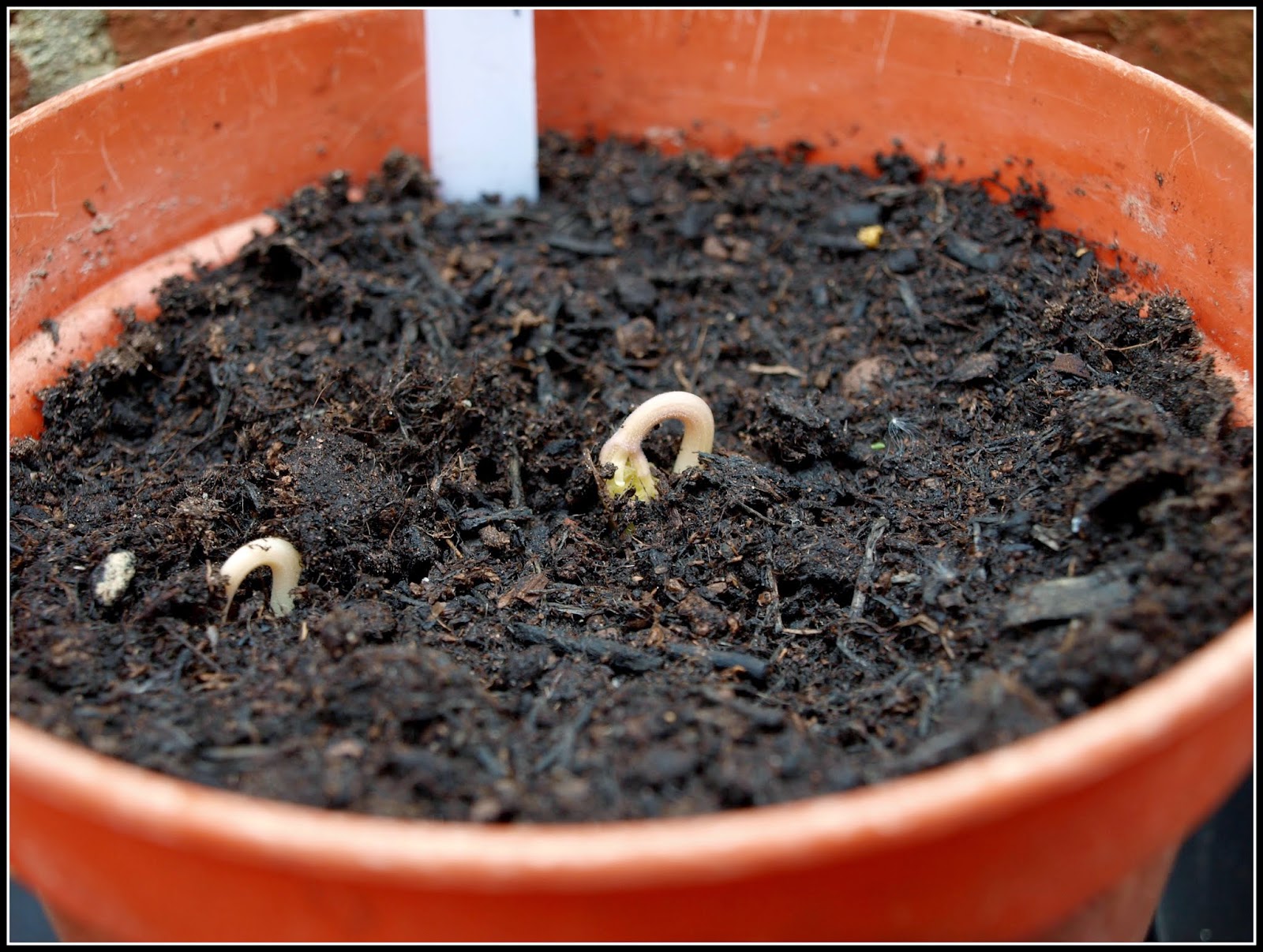 There's no doubt about the identity of this one, coming up conveniently close to its label! 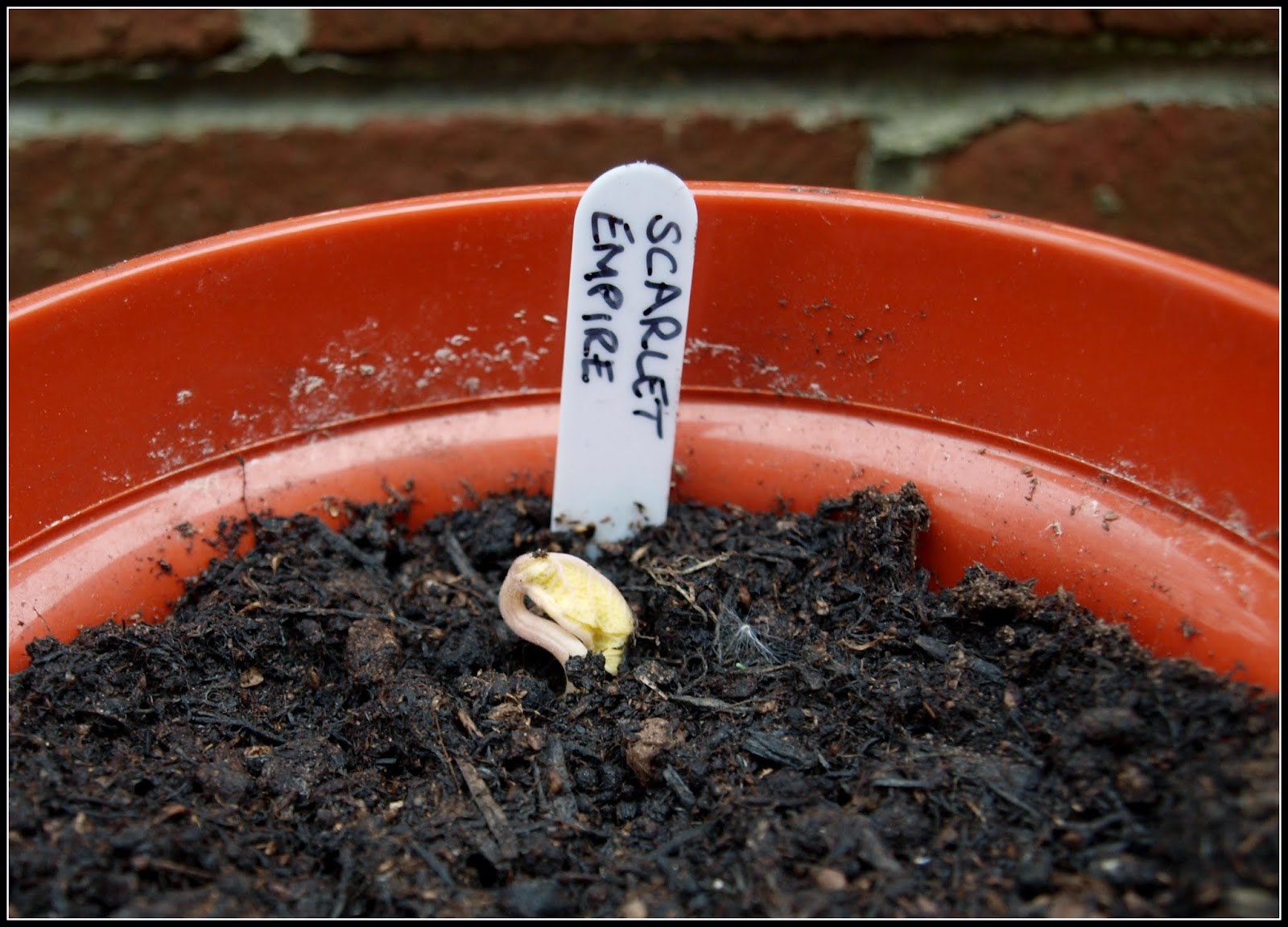 "Scarlet Empire" is my "bean of choice" these days. I have grown it with good results for three years in a row, and I shall probably continue to do so. However, I'm also very conscious that too much reliance on one single variety is generally a bad thing, so I have also sown some "Red Rum" - again a variety that I have grown several times before. There's no sign of them germinating yet, but I expect they will appear soon. The ﻿"Scarlet Empire" that I like so much is a modern derivative of  "Scarlet Emperor", a very old variety much favoured by my father's generation. The new one has pods that are longer and smoother than their ancestor, yet retain the distinctive old-fashioned taste.

I have sown 12 "Scarlet Empire" and 6 "Red Rum", from which I want a total of 10 plants. That gives me a bit of room for manoeuvre in case one or two fail or succumb to bugs. I never sow exactly the number I need; I always have a few spares.

As well as the Runners, I also have some "Cobra" Climbing French Beans, which are at the same stage of development. I only want 8 of these, so I have sown 14 seeds. In my opinion, French Beans are not as nice to eat as Runners, but they are more versatile. I think the Runners only really work well in what I call "British" dishes (yes, I know that is a myth!), whereas French Beans are equally at home with a Chicken and Mushroom pie or an Indonesian Gado-Gado.

Over the years I have tried many different varieties of climbing bean (I remember "Hunter", "Lingua di Fuoco", "Mayflower", "Meriviglia di Venezia" etc, etc), but I keep coming back to "Cobra", which has been consistently good in my garden conditions. It has exceptionally long pods and produces them over a long period. Despite the large size of the pods they never seem to go tough. This is a winner all round.

I have in the past grown Dwarf French Beans too, mostly in containers, but I don't rate them as highly as climbing ones. The fact that they are short means they offer less value-for-space than tall ones. Furthermore, their proximity to the ground means they are much more prone to slug damage. I don't get a lot of problems with slugs, but Dwarf Beans seem to be particularly attractive to those creatures. Another reason I don't grow Dwarf Beans these days is that I want to devote the space to more pots of potatoes and tomatoes.

Changing the subject slightly (though still on climbers), I have given my potted Sweet Peas a bit of help with climbing. People have told me that they will probably not be able to grip the bamboo canes I gave them, so I have provided them with a ring of soft string which encircles the canes: 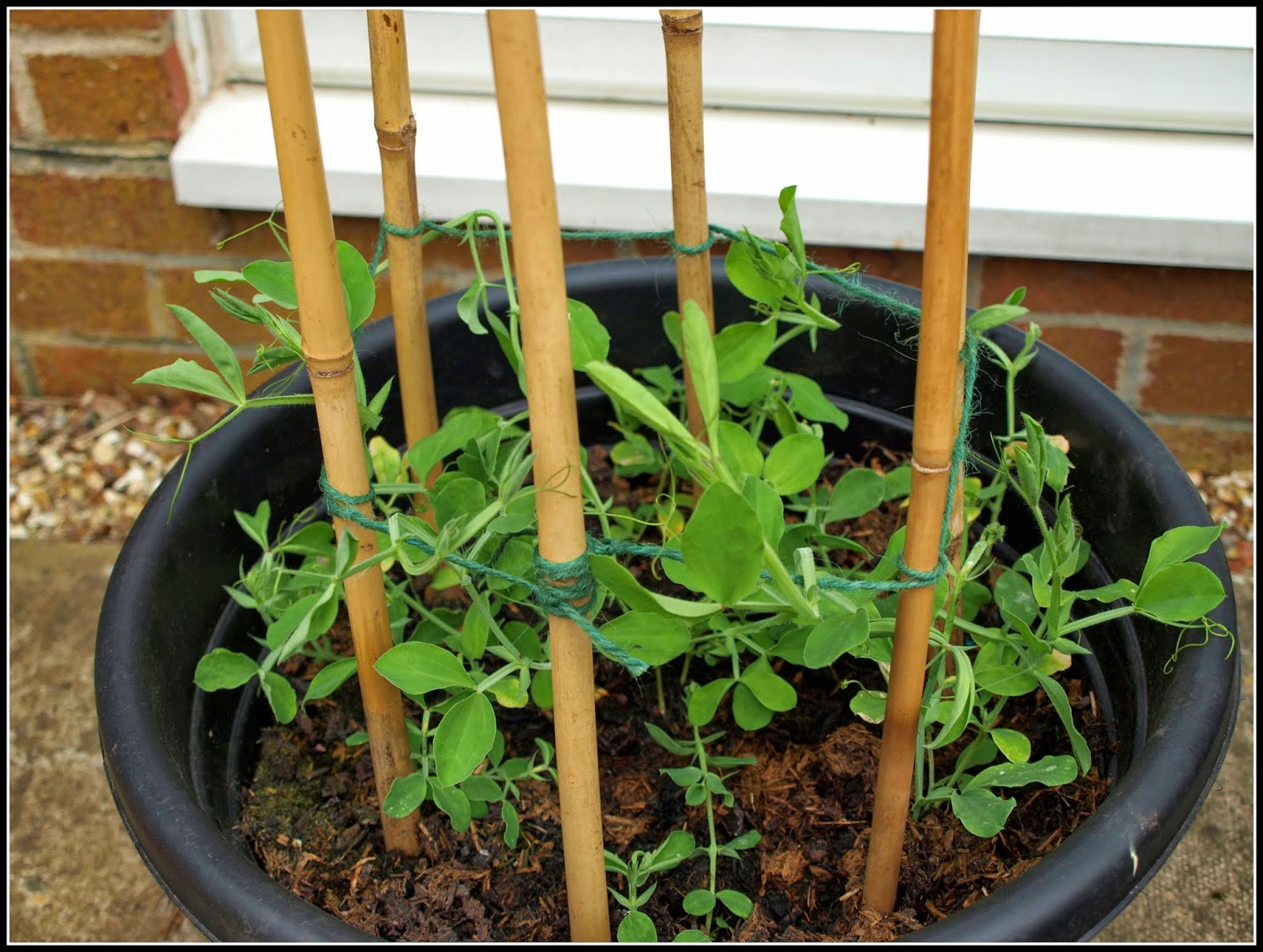 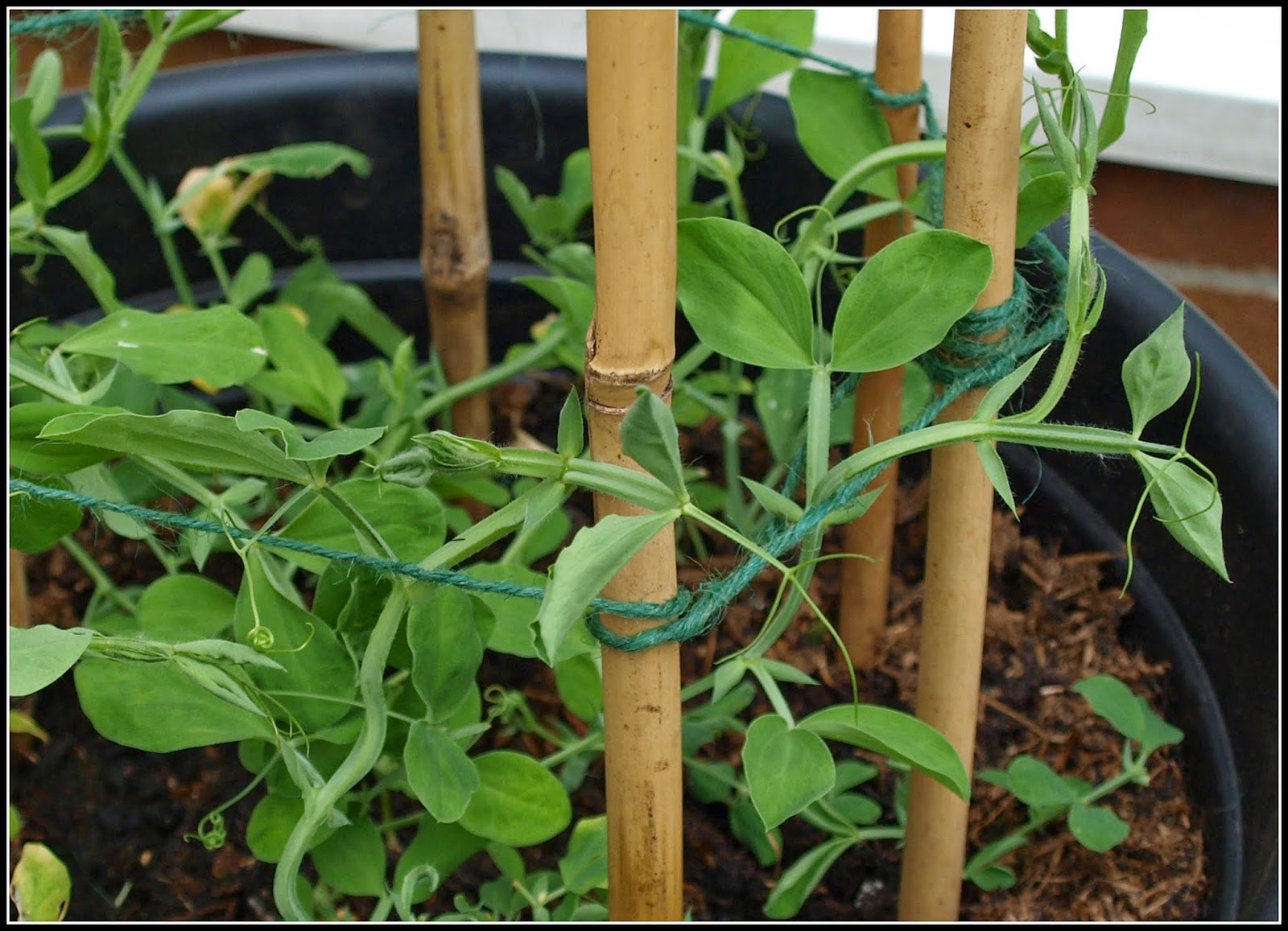 As the peas grow taller I will add another couple of rings of string as required.
Posted by Mark Willis at 12:00