My harvest this week has again comprised mainly Asparagus and Radishes. I have lots of stuff growing, but not much that is harvestable. The story will be very different in about a month's time... 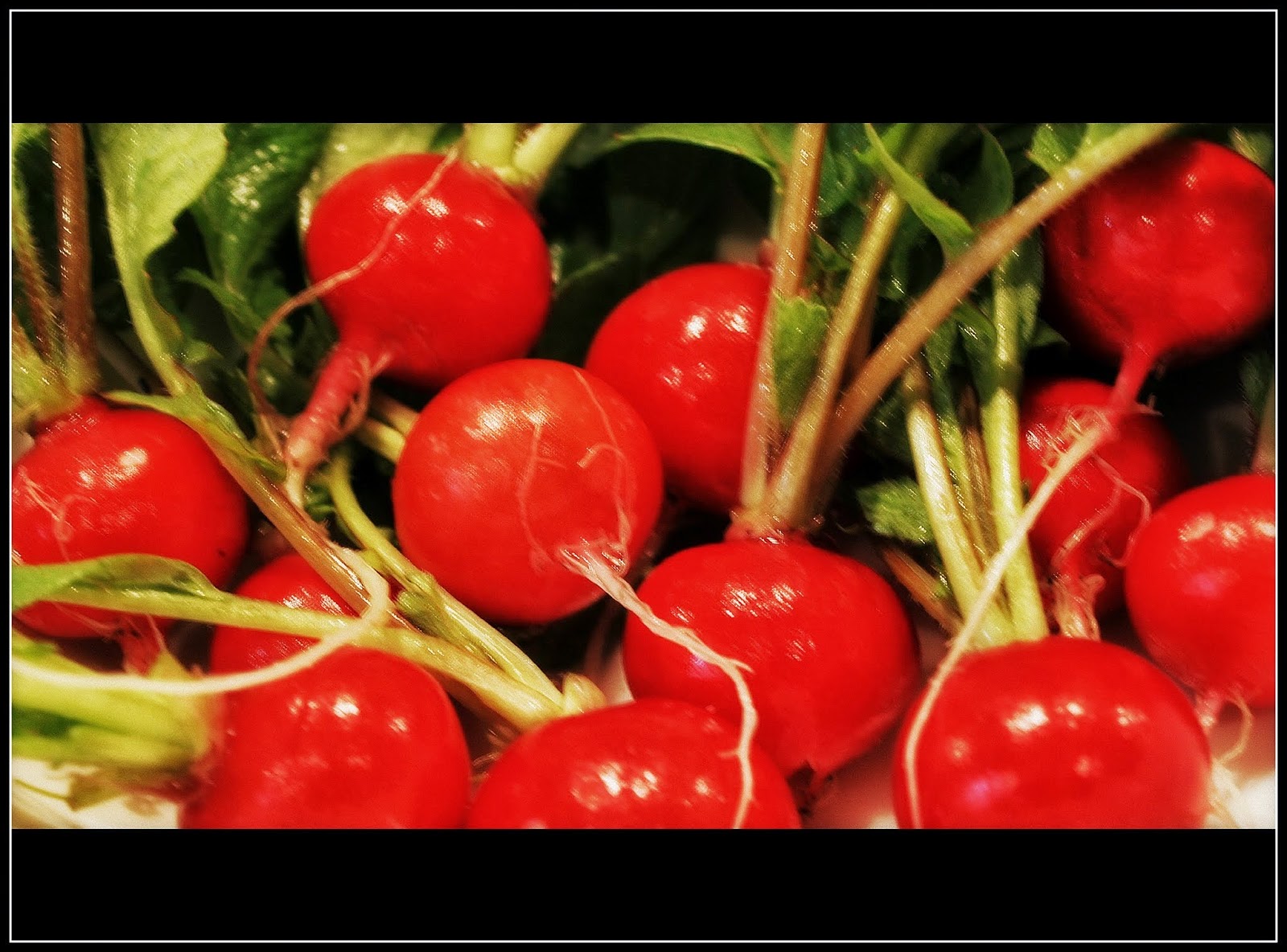 The radishes I am picking at present are the "Cherry Belle" type - round and bright red. Since my garden is so close, I just pick as many as we want to eat straight away, so somewhere between 12 and 20 each time. This week we have had three lots like that. 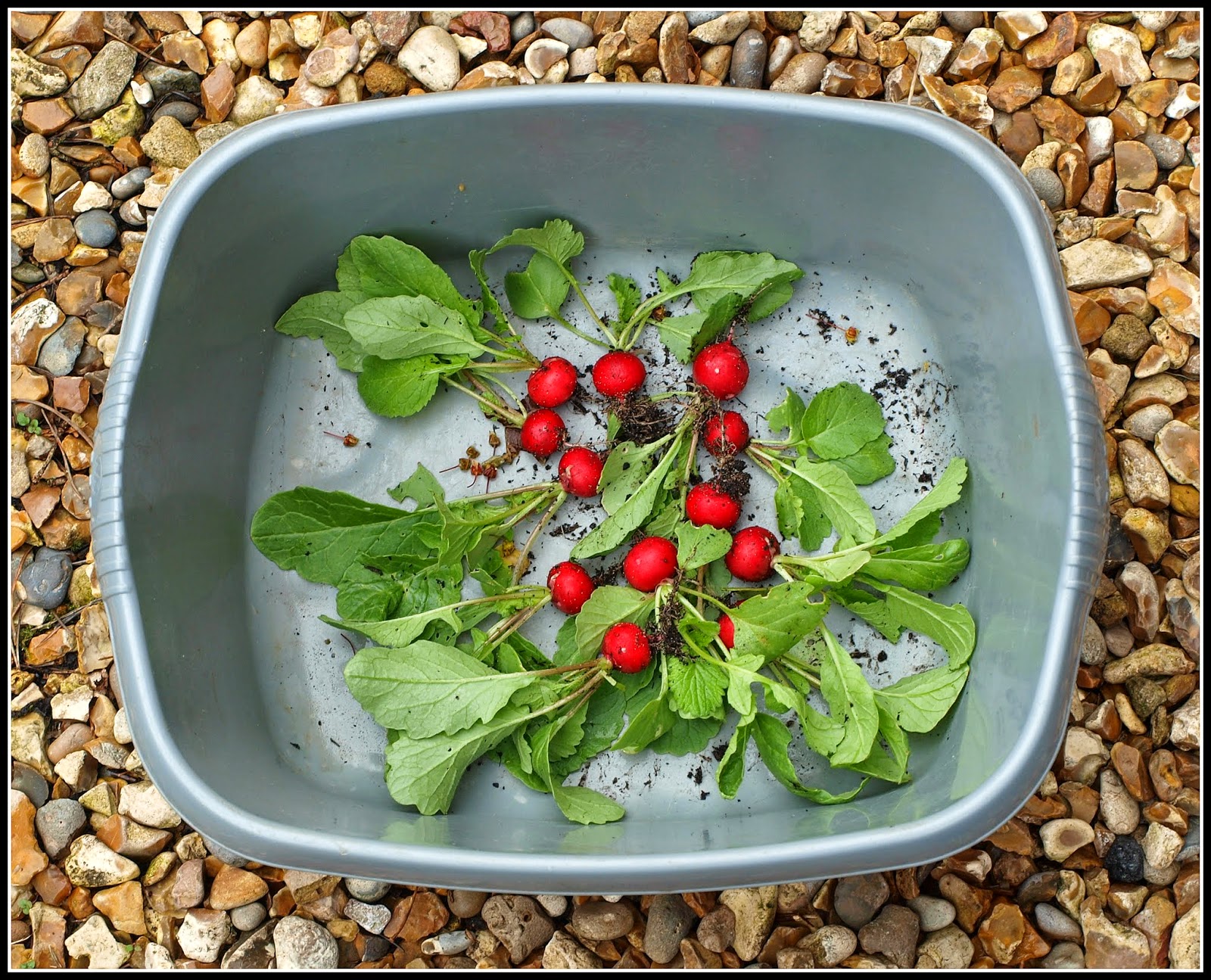 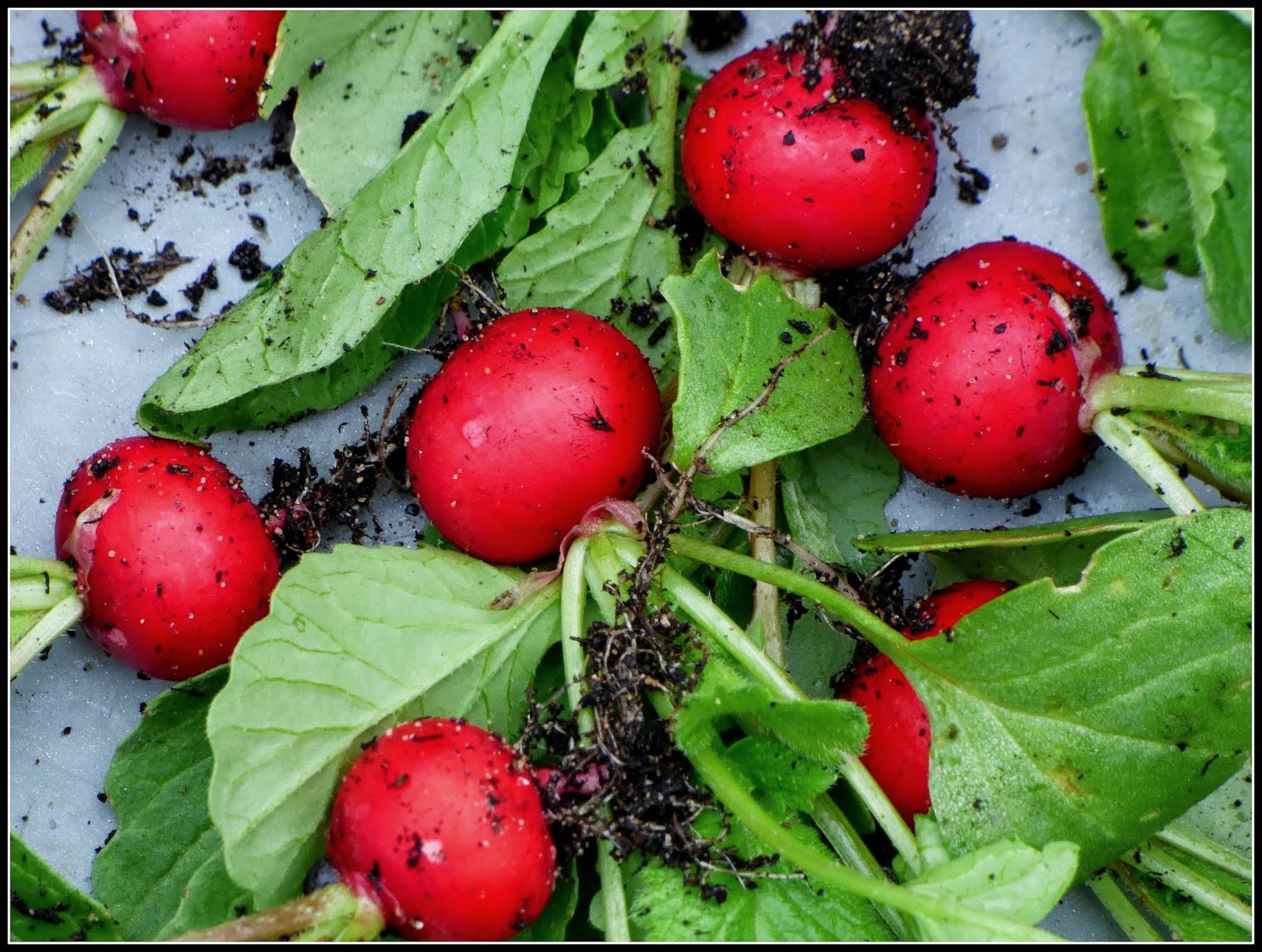 The radishes are normally picked, washed and eaten within the hour! 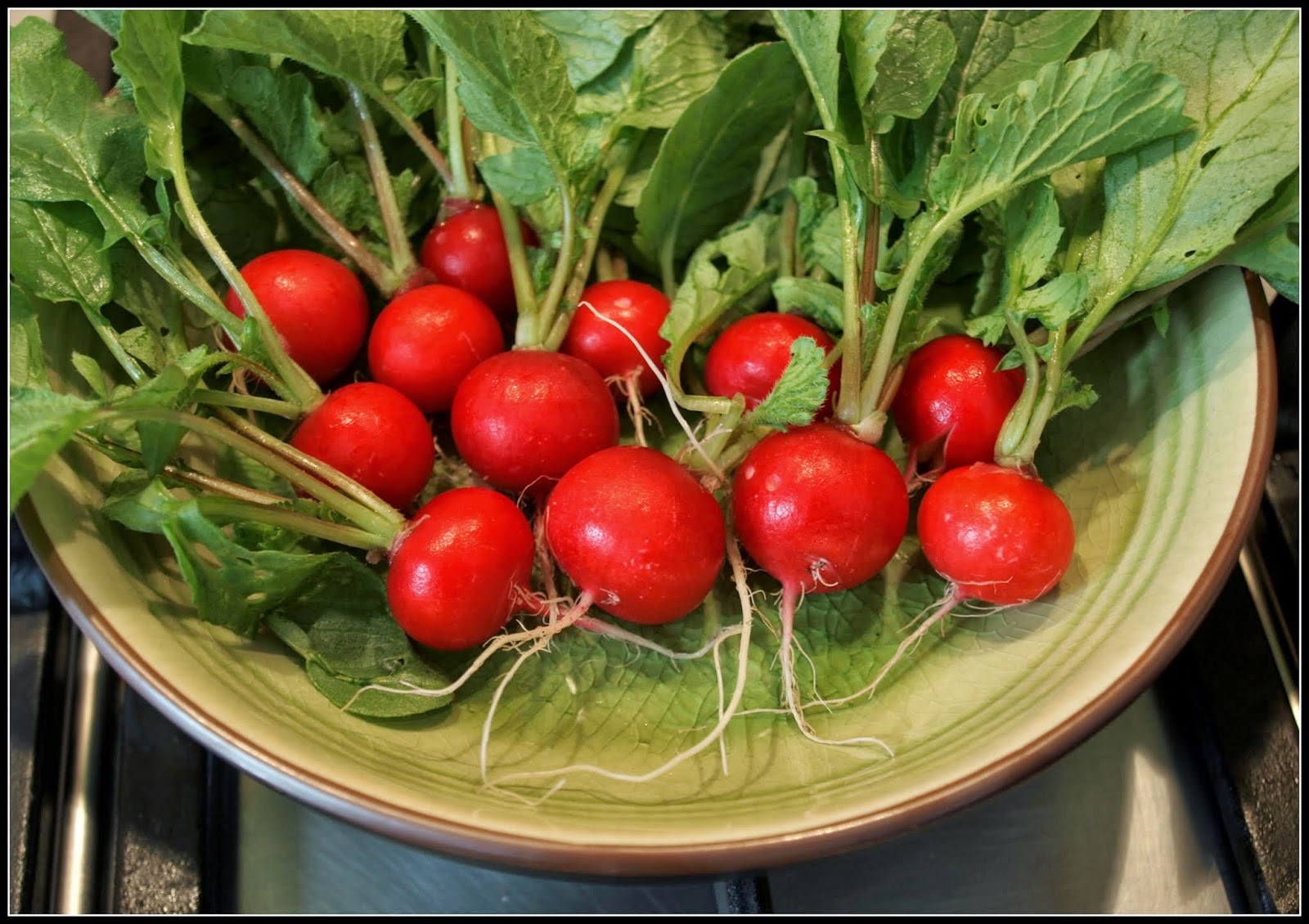 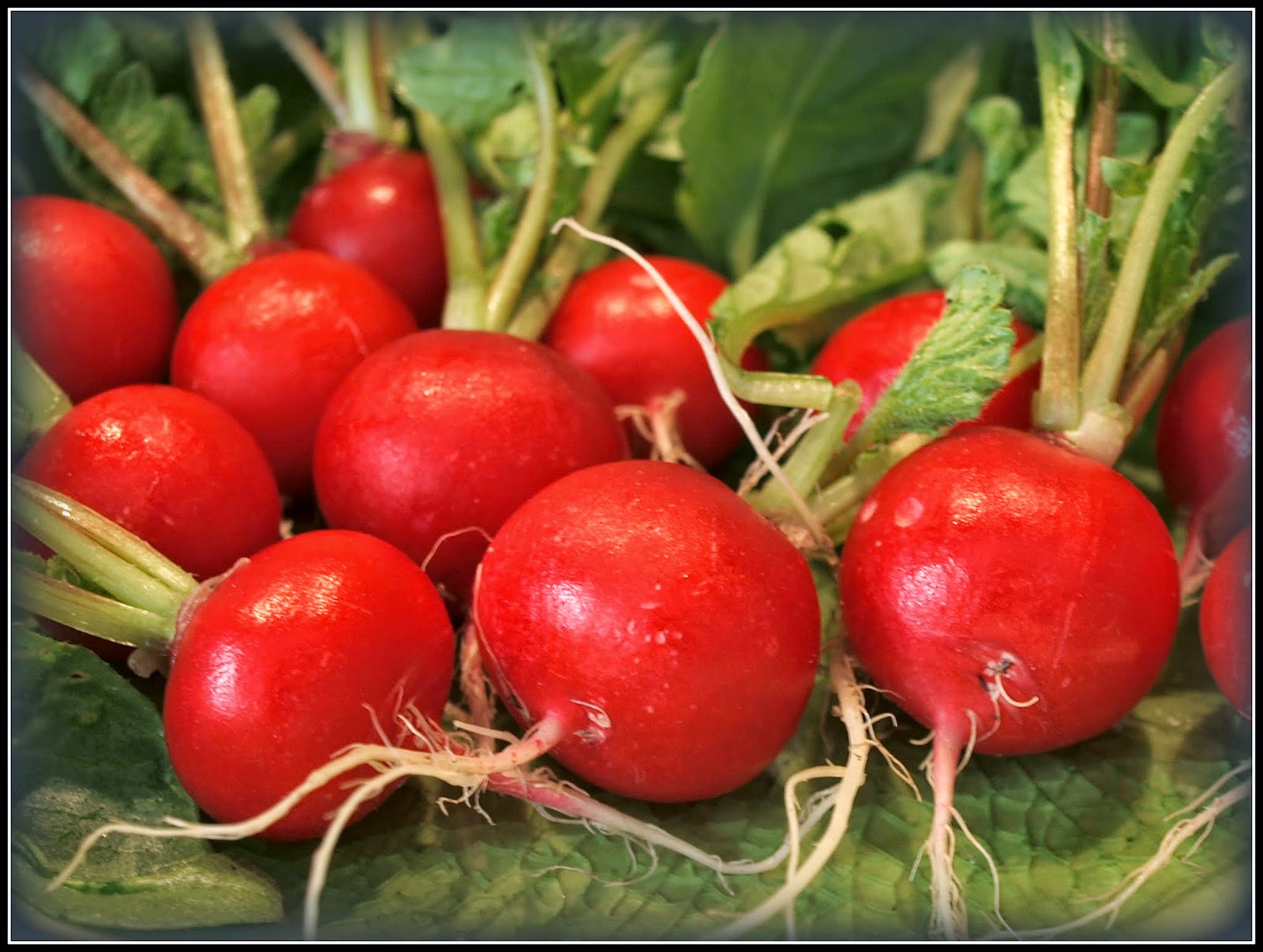 We eat them most often as a pre-dinner "nibble" [aka "hors d'oeuvre"]. Before serving them, I remove the roots with a sharp knife, and also most of the leaves, just leaving about an inch of stem, to be used as a "handle" to facilitate dipping them in salt.

Coming along after the "Cherry Belle" I have a row of another type of Radish called "Flamboyant 5". I bought the seeds in France while over visiting my daughter. Here are the first few: 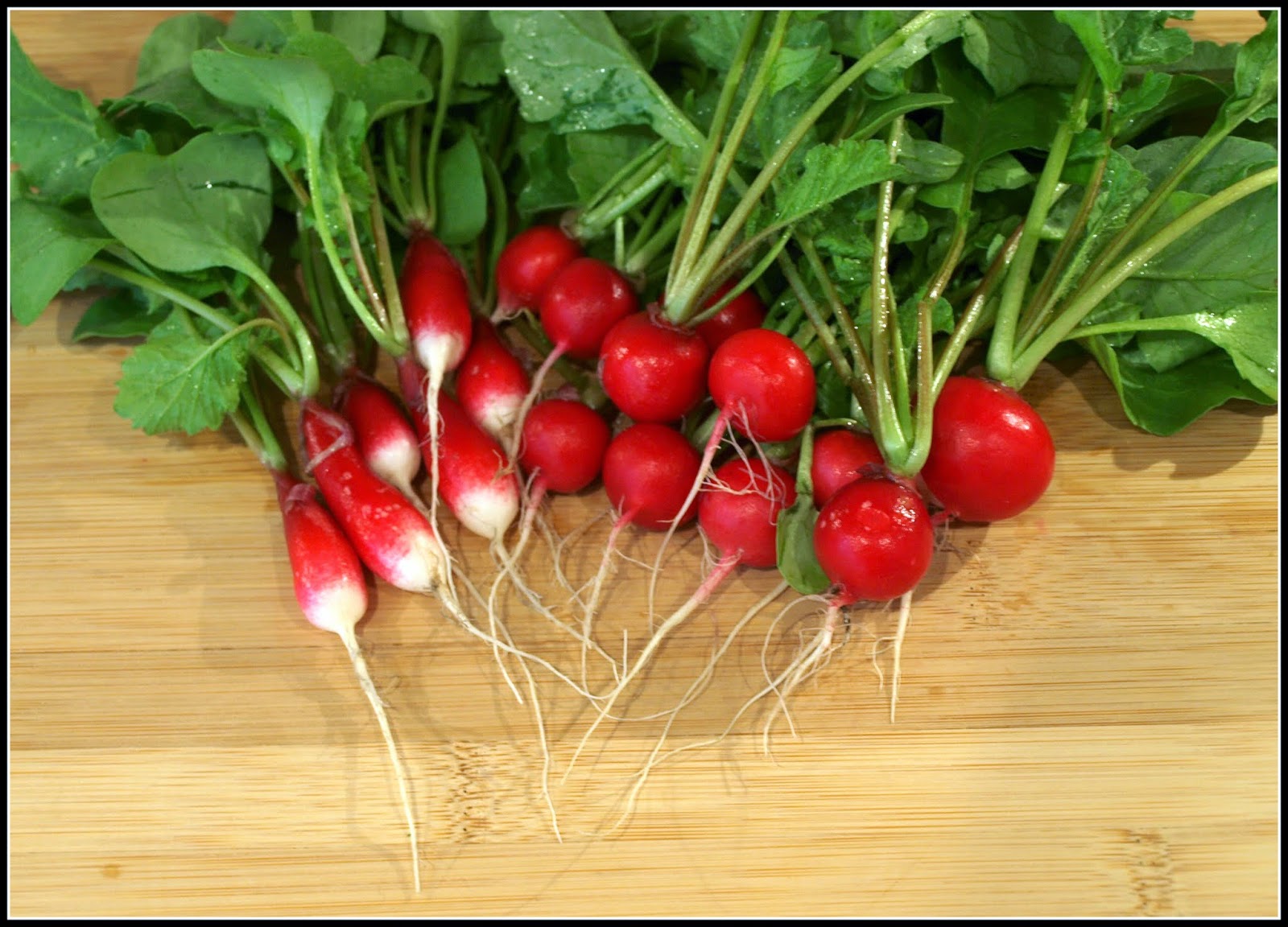 They are basically another variant of the ubiquitous "French Breakfast". 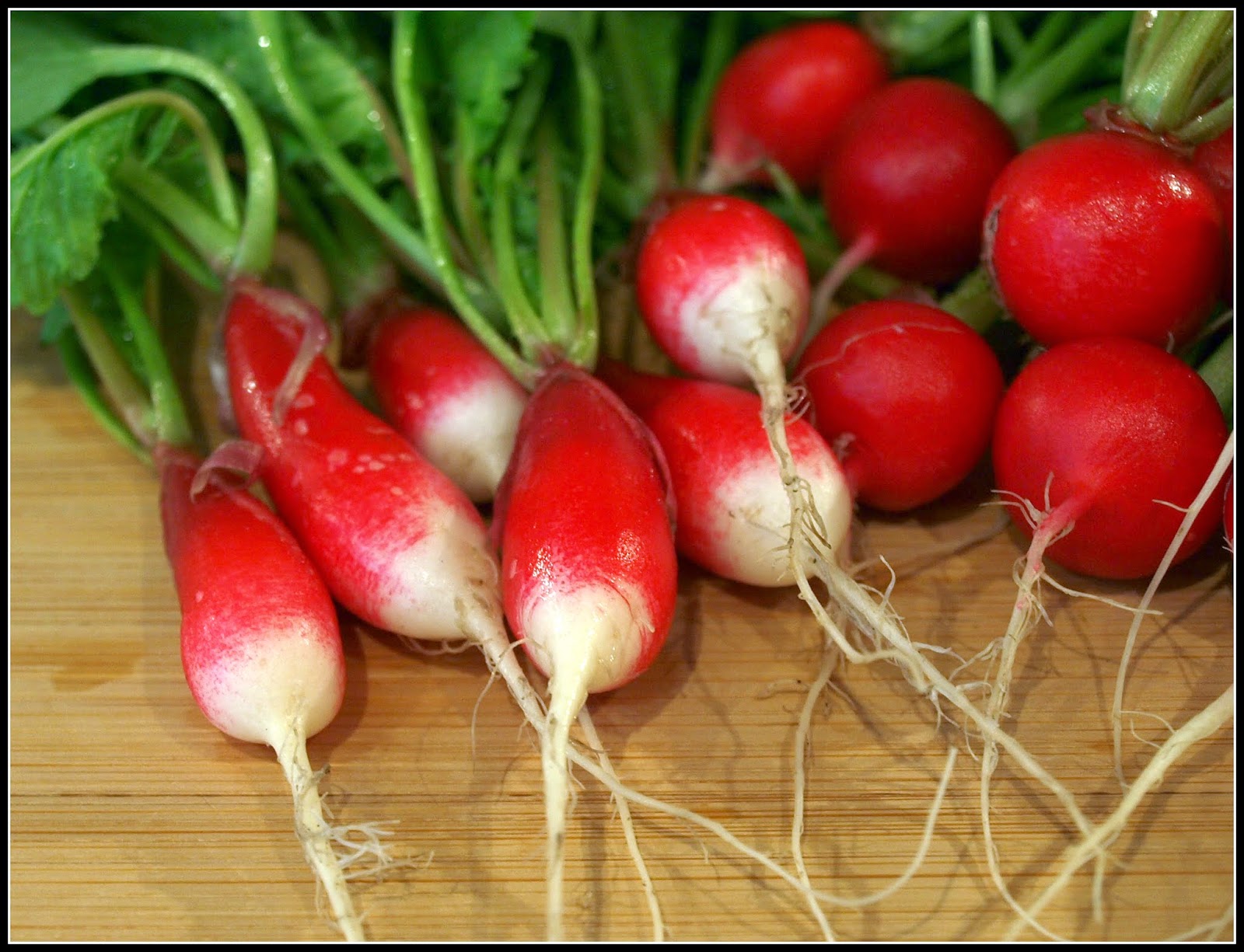 At the weekend I sowed another patch of Radishes, this time in the place where I am planning to plant my Leeks. The Radishes will hopefully be ready before the Leeks need to go in. I have put a piece of plastic clematis-netting over the seeds to stop animals digging in the freshly-turned soil. 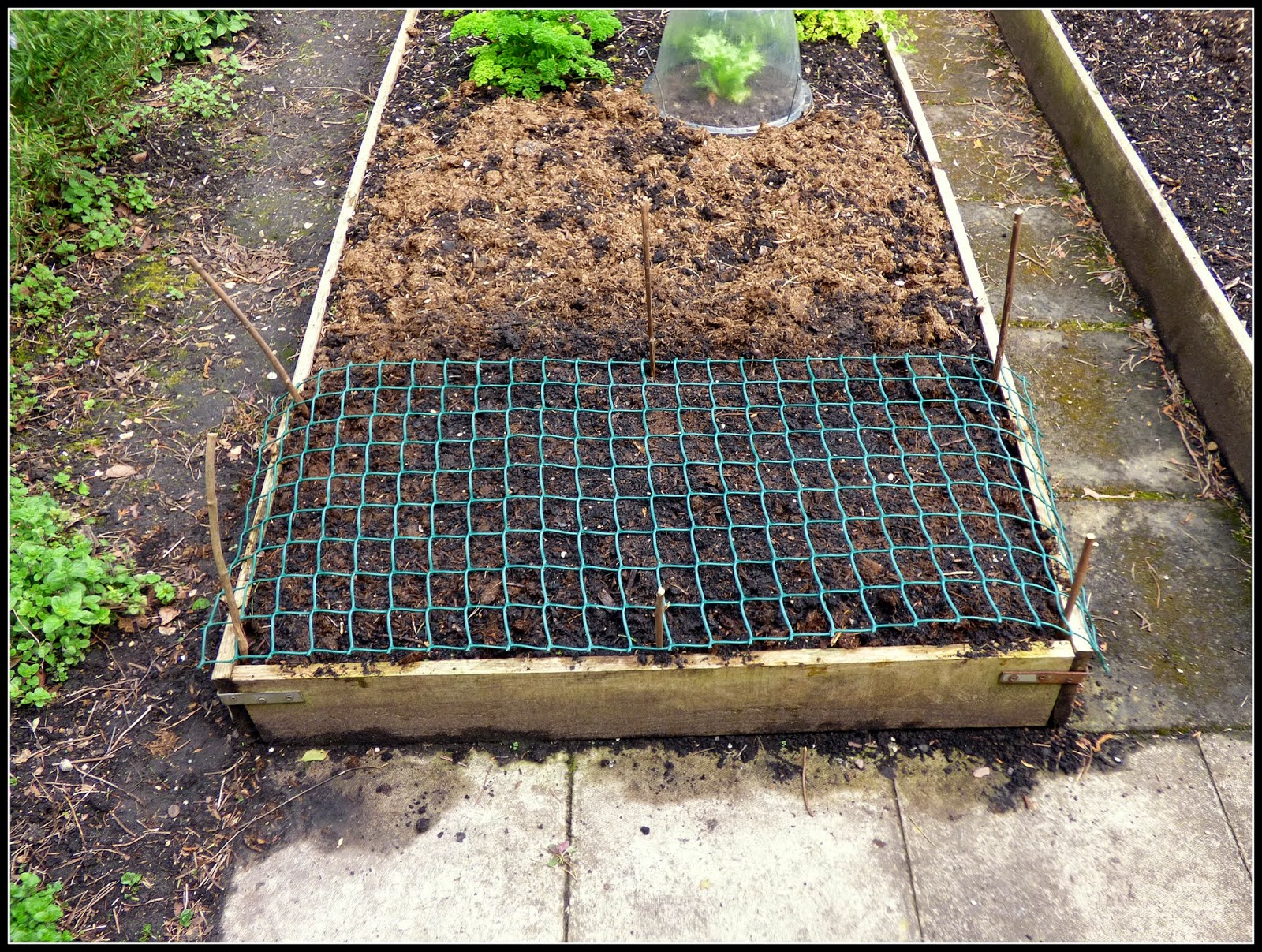 The latest batch of Asparagus is not so impressive. The plants initially produced some nice fat spears, but then along came these rather skinny specimens. 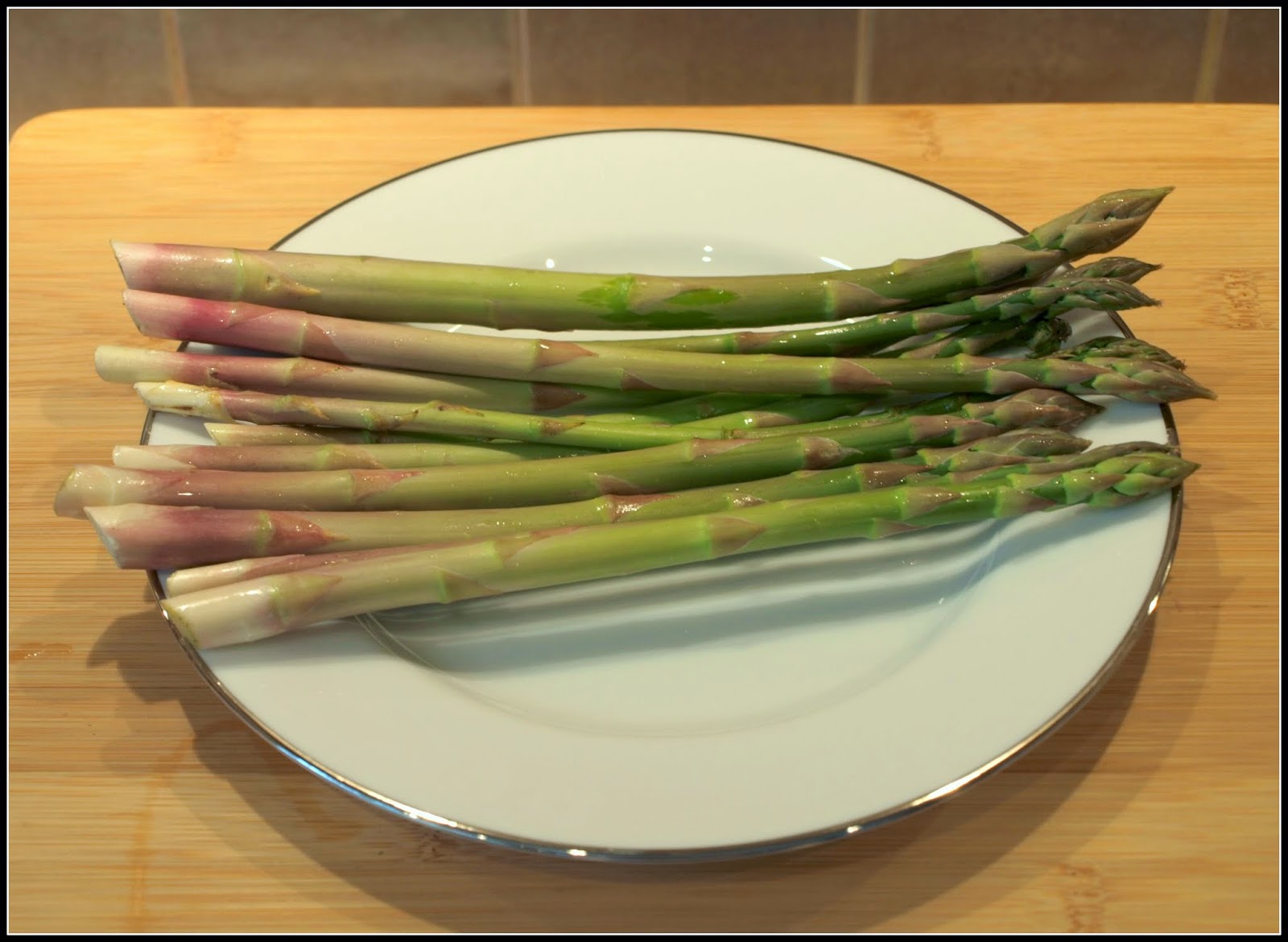 With all the rain we have had these last few days, I expect the plants will put up another flush of spears very soon. I hope so anyway! 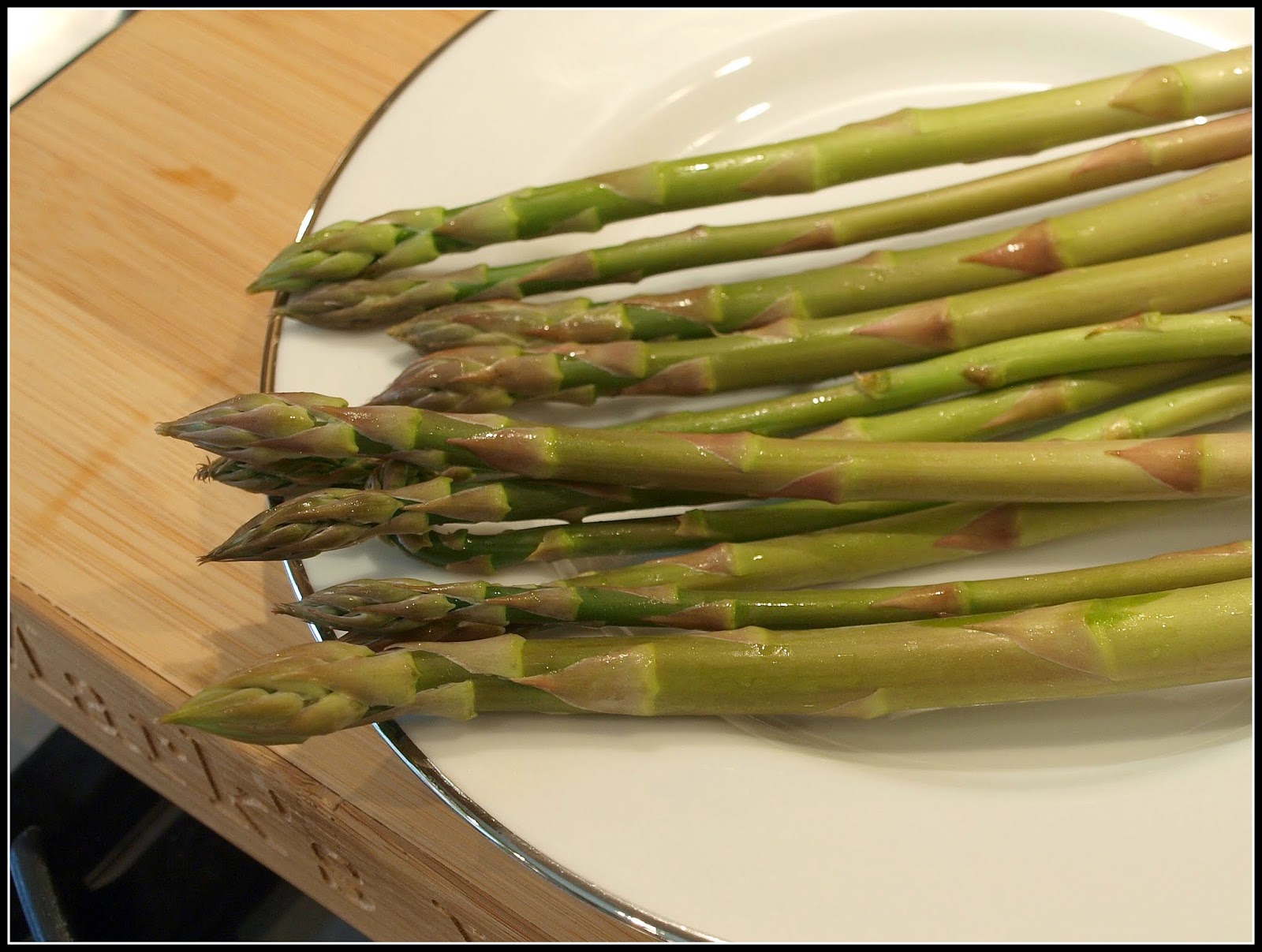 The herbs are just about at their best now, covered in fresh young growth. I don't normally reckon them as a harvest, since they are a constant feature of or diet, but I just want to put in a word for my Parsley. This is the stuff that over-wintered so well. I don't think I have ever had Parsley so good. It has been very prolific and has lasted for ages. 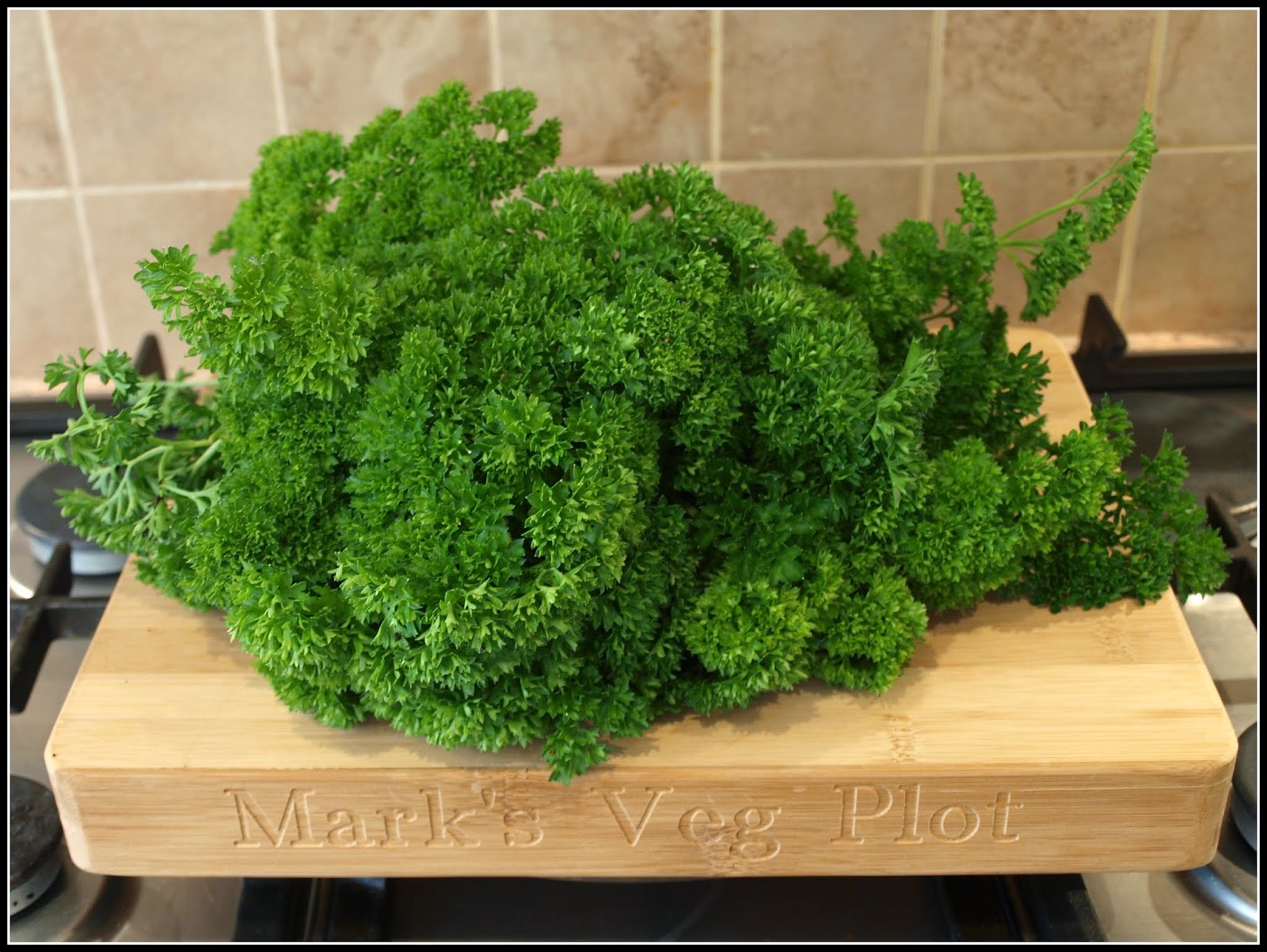