The signs are good...

The prospect of a good Blueberry harvest seems very real this year. Last year I pruned the bushes very carefully and quite severely, and it seems to have paid off. The plants are just dripping with flowers: 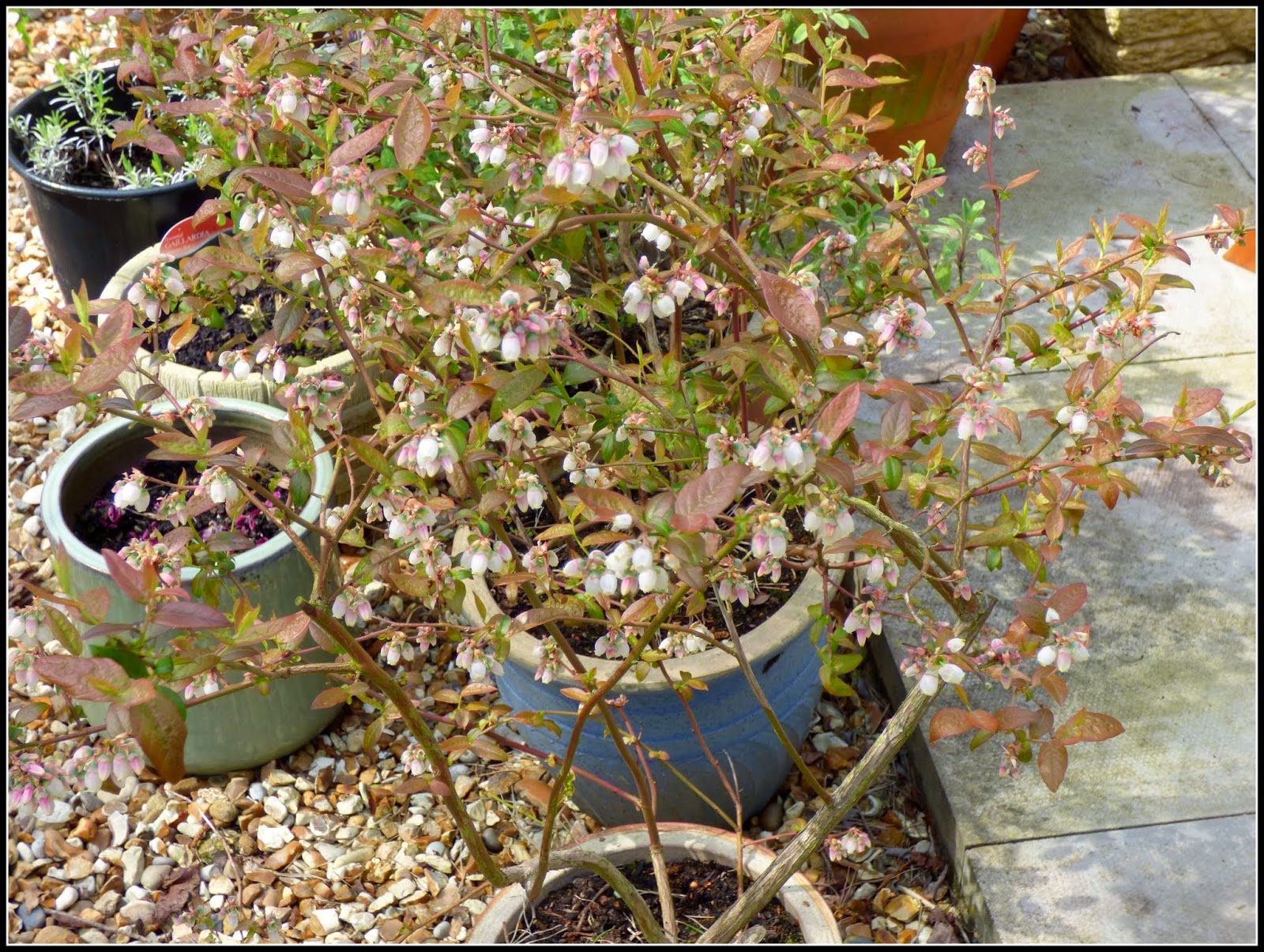 I have six Blueberry plants now, all in pots ranged round the edge of the patio. Two of them are very small still, not big enough to produce fruit this year. All six of them are "freebies" in that they all came from offers in magazines whereby you pay only the postage - which works out at about £3.99 per plant or something like that. 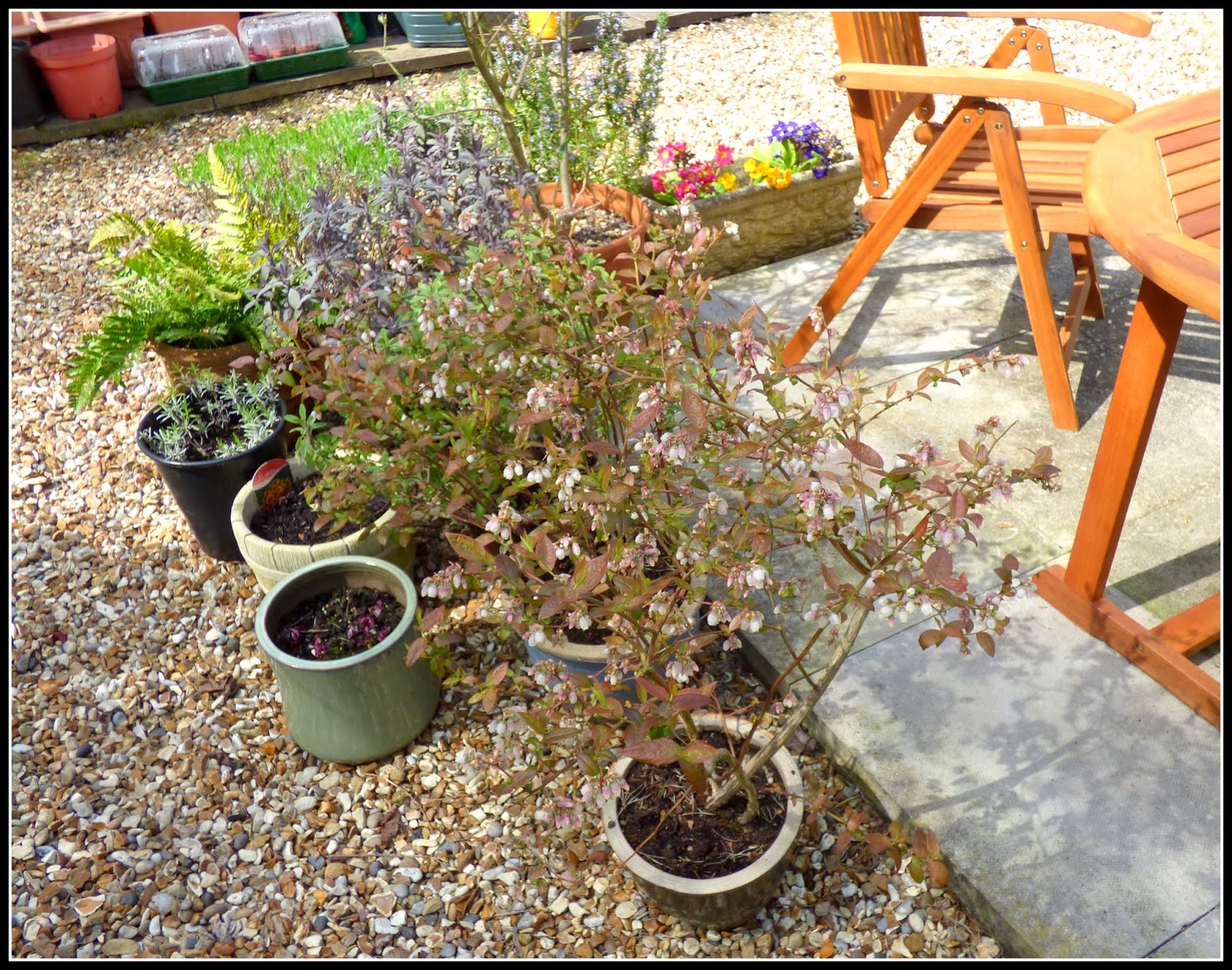 I know it is early days still ("Don't count your chickens until they are hatched", as they say), but I think this is going to be a demonstration of the wisdom of taking the long-term view in gardening. Sometimes it is better to completely sacrifice a mediocre crop in favour of a better one the following year. Unfortunately I am also aware that my Blueberries would also probably benefit from re-potting into larger containers, but I am not going to do that just now, because it could put at risk the potentially good crop. I think I may attempt that task later in the year, when the crop has been harvested.

I have also been making an "investment" in my garden of a different nature. I have been adding some really special compost to my raised beds. It is composted stable manure, supplied to me by a firm in nearby Woking. This is good stuff, I know. I have used it before with excellent results. Over the last couple of years my crops have been a little under-par, in my view, lacking in vigour, so I thought it was time to re-vitalise the soil. Maybe my home-made compost is not sufficiently nutritious after all... 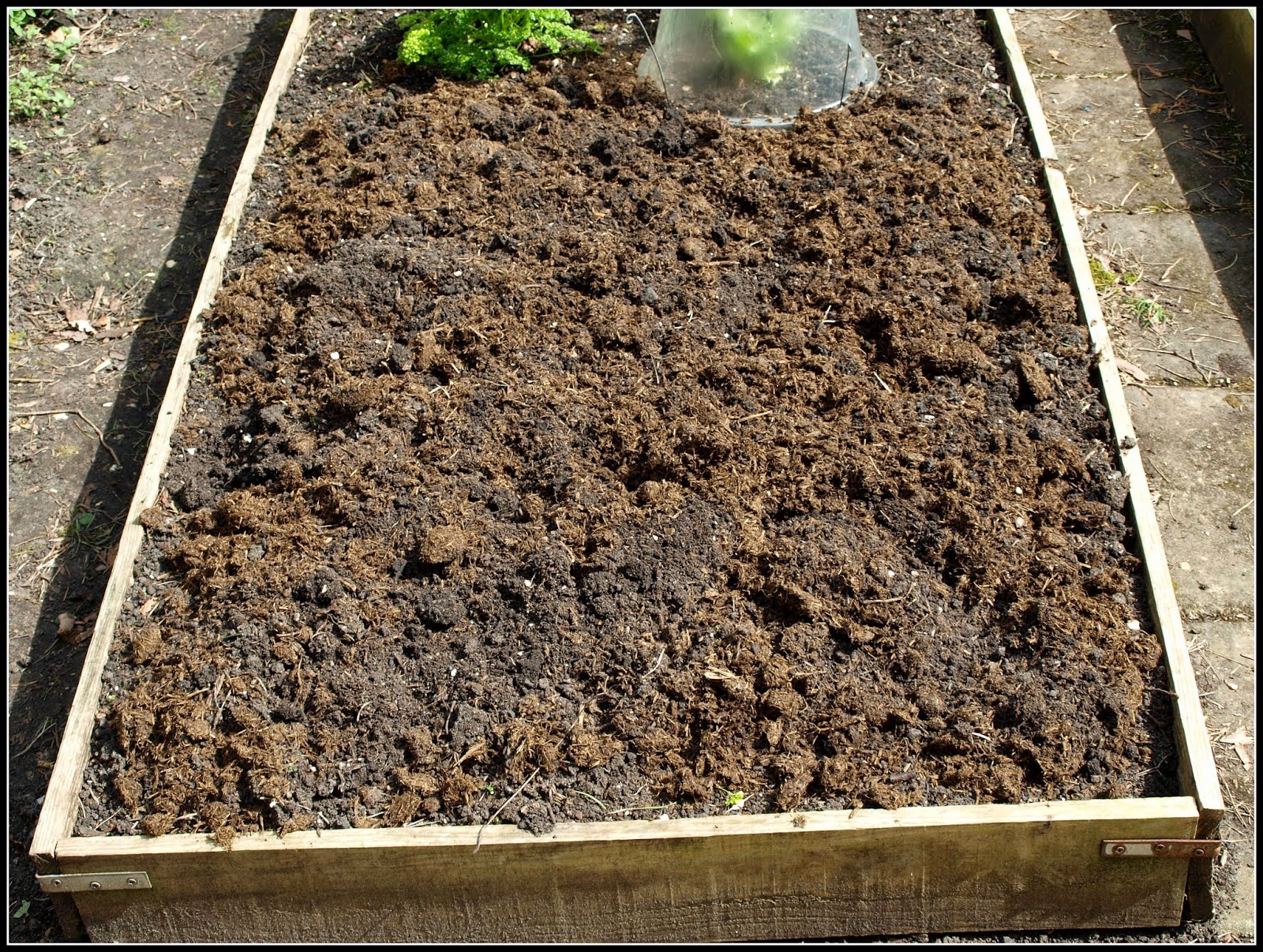 Yes, I know that to 99% of the population that photo is dull and boring, but to us gardeners it is not! It shows the greyish old soil being augmented by the new brown stable manure compost.

In due course the bed pictured and its peers will play host to my Winter veg, such as these Brussels Sprouts: 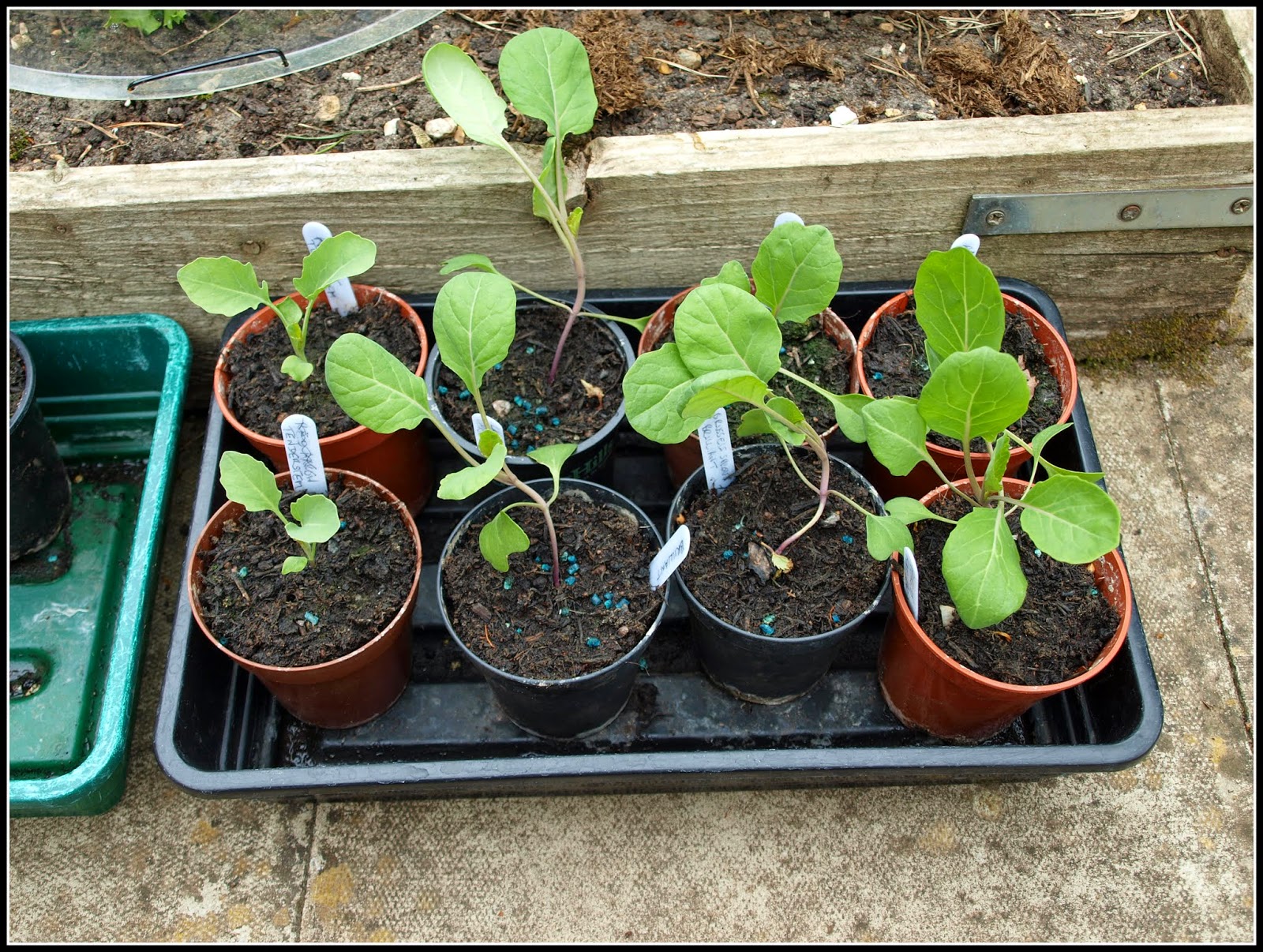