The end of the PSB

As you know, the Purple Sprouting Broccoli was disappointing this year. This past week I took a last harvest from it and then dug up the plants. The PSB plants still had a few tiny spears on them, but not enough to justify keeping them any longer. I need the space for my Runner Beans now.


There was one spear that I had missed, which I will use to demonstrate what happens when you leave the spears to mature. They go long and straggly like this, prior to opening their bright yellow flowers. They are far too stringy to eat when they get to this stage. 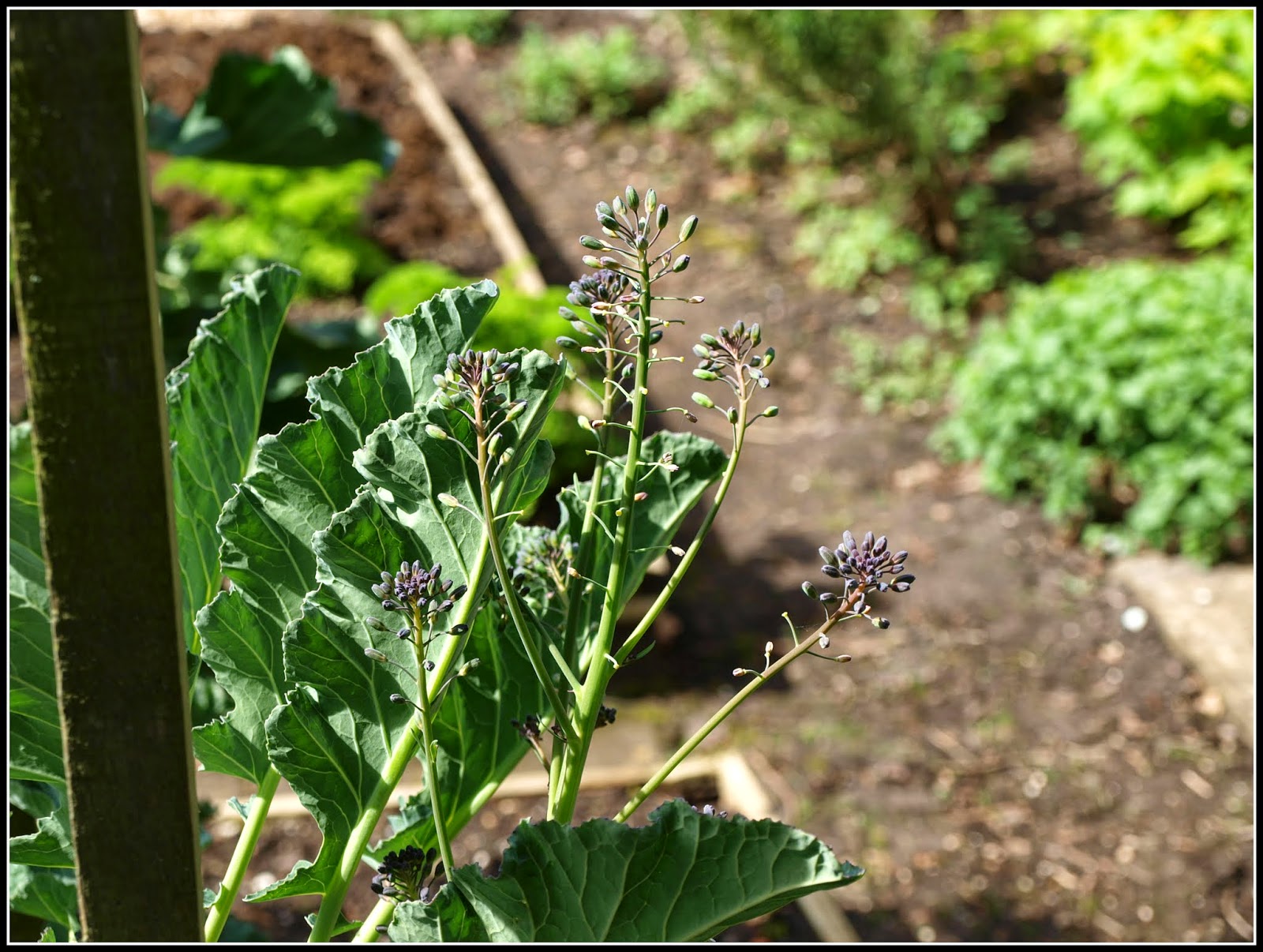 If you are not in a hurry to remove the plants, it is quite nice to let a few of them flower. The bees will certainly be grateful if you do.

So this is the bed where the PSB used to be. 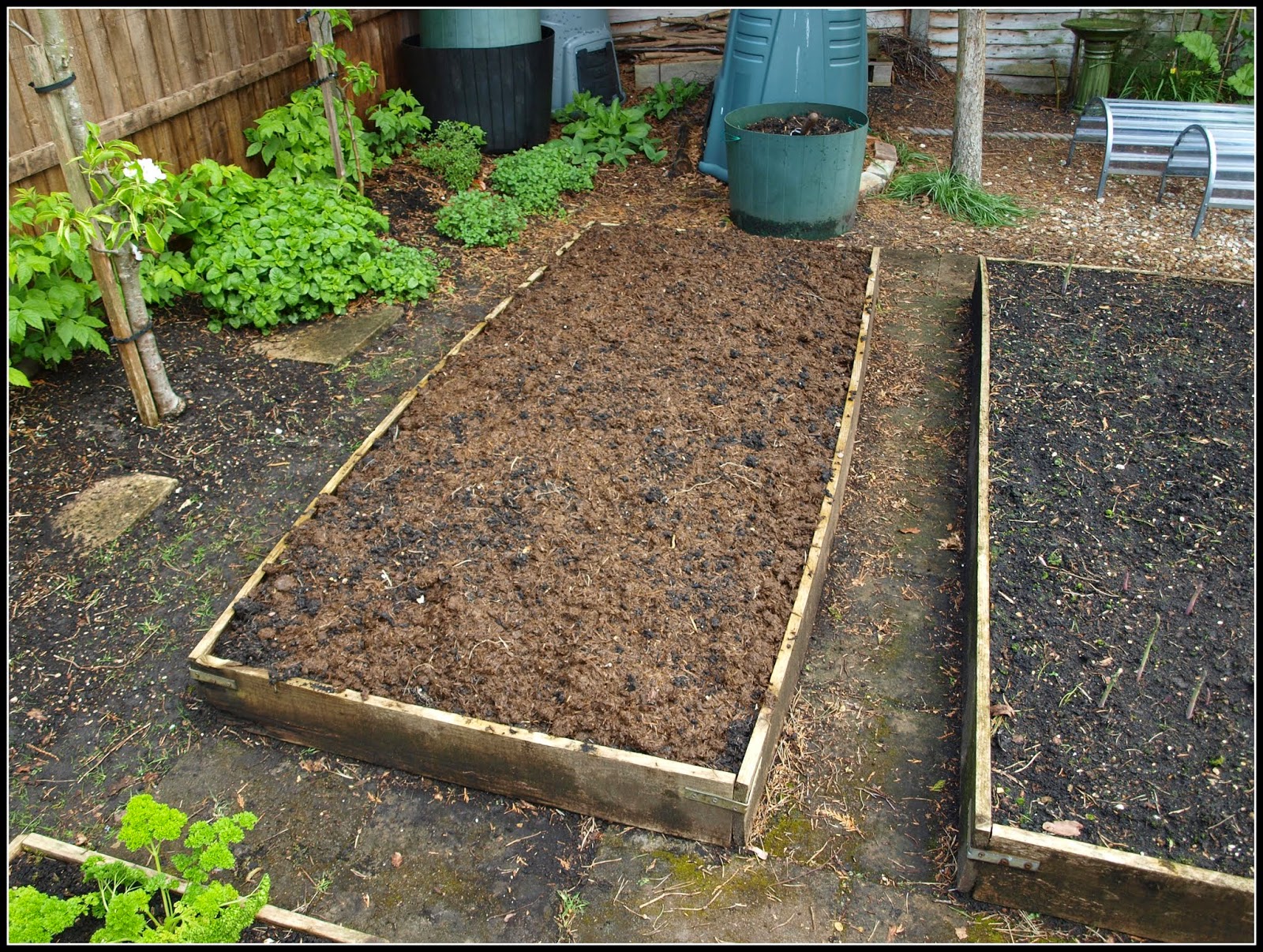 I have dug it over and prepared it for hosting the beans. I found that the roots from my neighbour's Leylandii tree (just the other side of the fence, behind the compost bins in the photo above) had reached as far as this bed, so I had to spend some time removing them. I then added some Growmore general-purpose fertiliser and some of that composted stable manure that I wrote about yesterday, and watered the bed very thoroughly. The Leylandii had sucked out all the moisture from the soil, making it so dry it was almost dusty. I'm sure this is one of the reasons why the PSB did not do so well, and I will have to take the necessary measures to avoid this happening again.

Elsewhere in the garden I have been planting out more lettuces. These are four each of "Devin" and "Cervanek", grown from seeds sent to me by Dominika in the Czech Republic. My successional sowing plan is already looking shaky because these enthusiastic new immigrants are rapidly overtaking their earlier-sown indigenous counterparts! 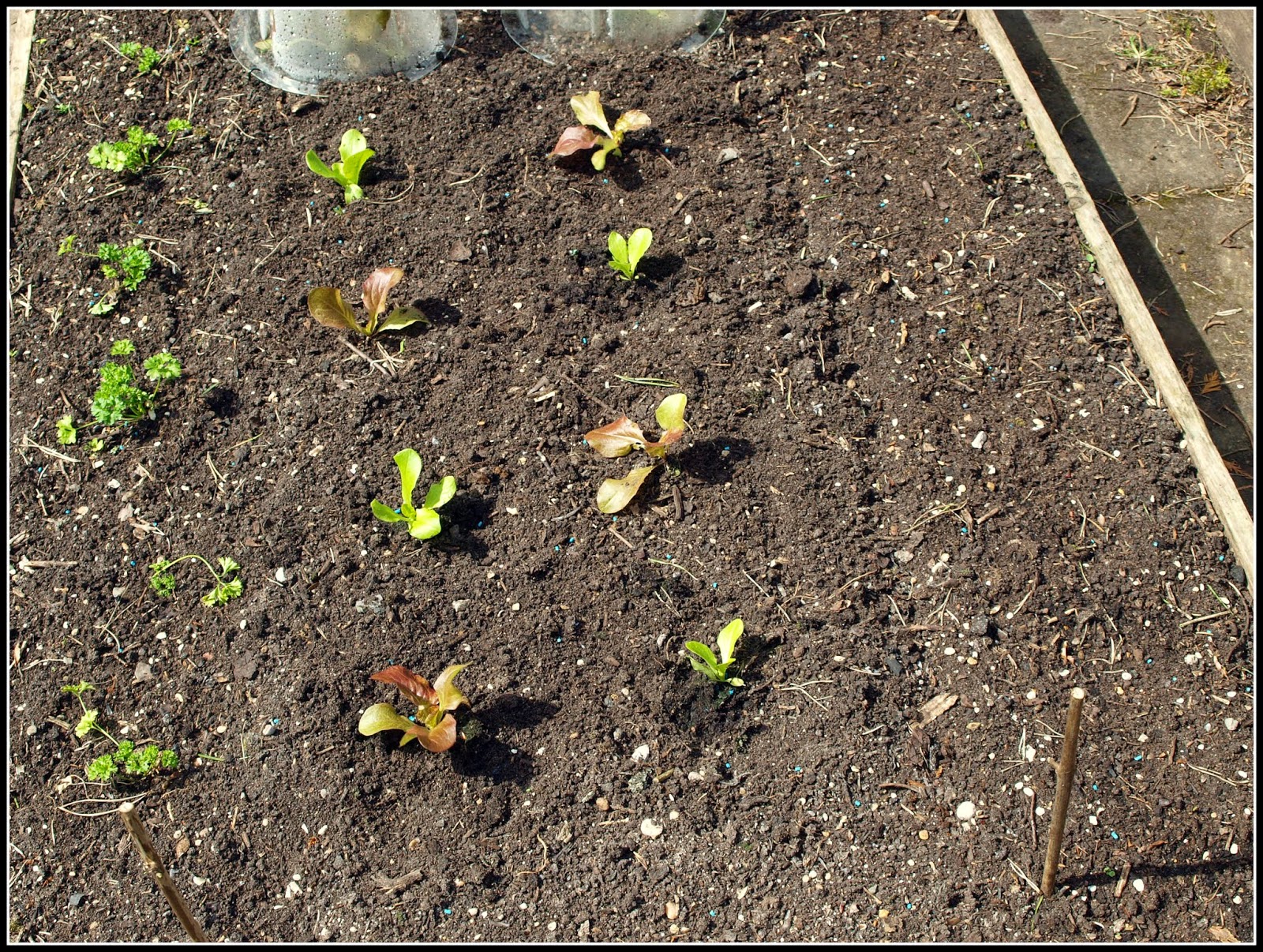 Finally for today, a picture of a small but very significant Asparagus spear. 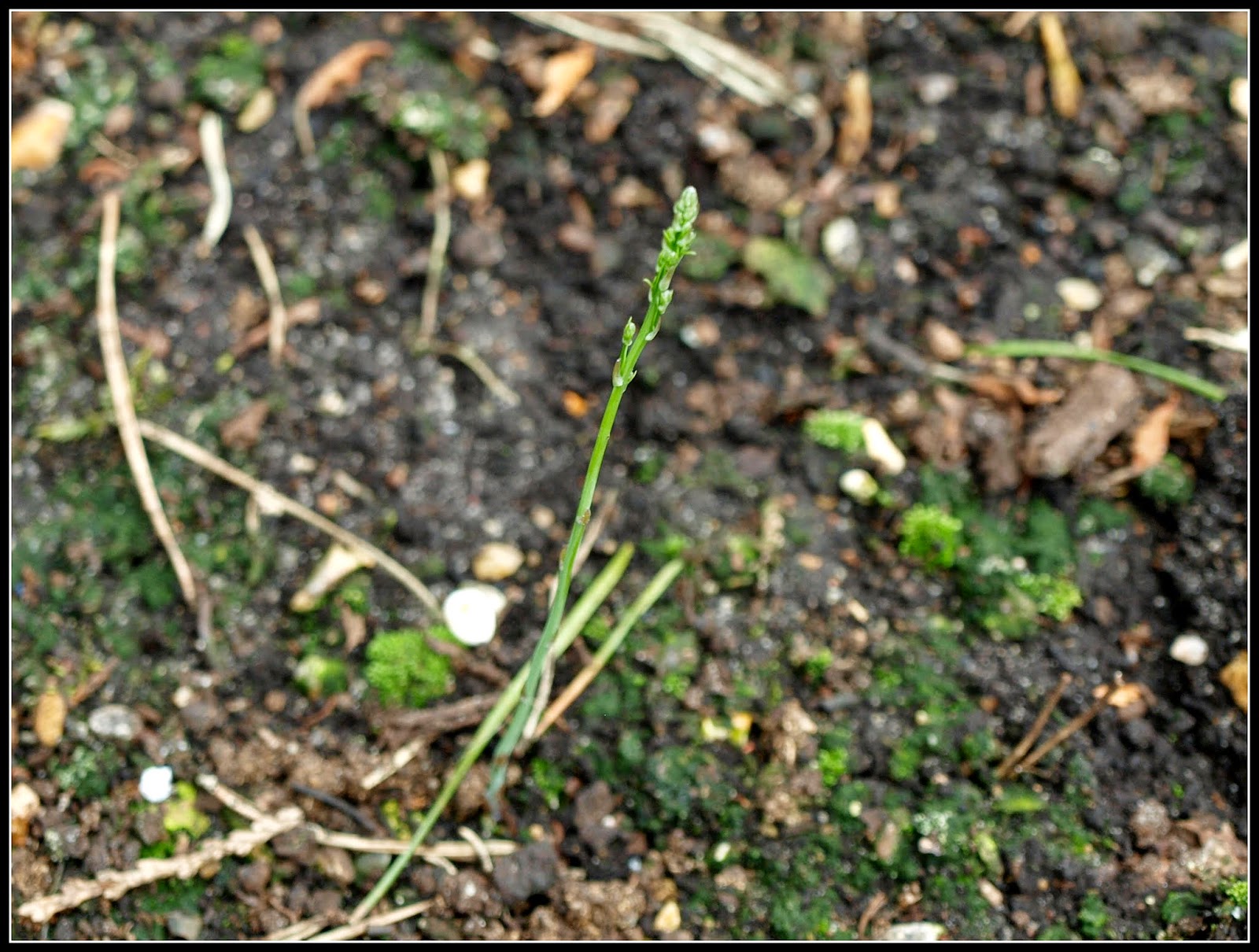 This tiny shoot serves to demonstrate that the replacement plant I put in last year is not actually dead, as I feared it was. Hopefully it will build up some strength this year and produce some bigger (edible) spears next year or the year after.
Posted by Mark Willis at 12:00