This is my entry for the April edition of the Garden Share Collective, organised by Lizzie Moult.

Hopefully by the time you read this Lizzie's baby will have been born, so I'd just like to say that I hope everything went OK and that mother and baby are well...


In my garden things are growing apace now that Spring has arrived. I have seed-trays and modules full of young plants all over the place. Our weather is not yet very warm, and the nights are still definitely cold, so I am making maximum use of my plastic mini-greenhouses. 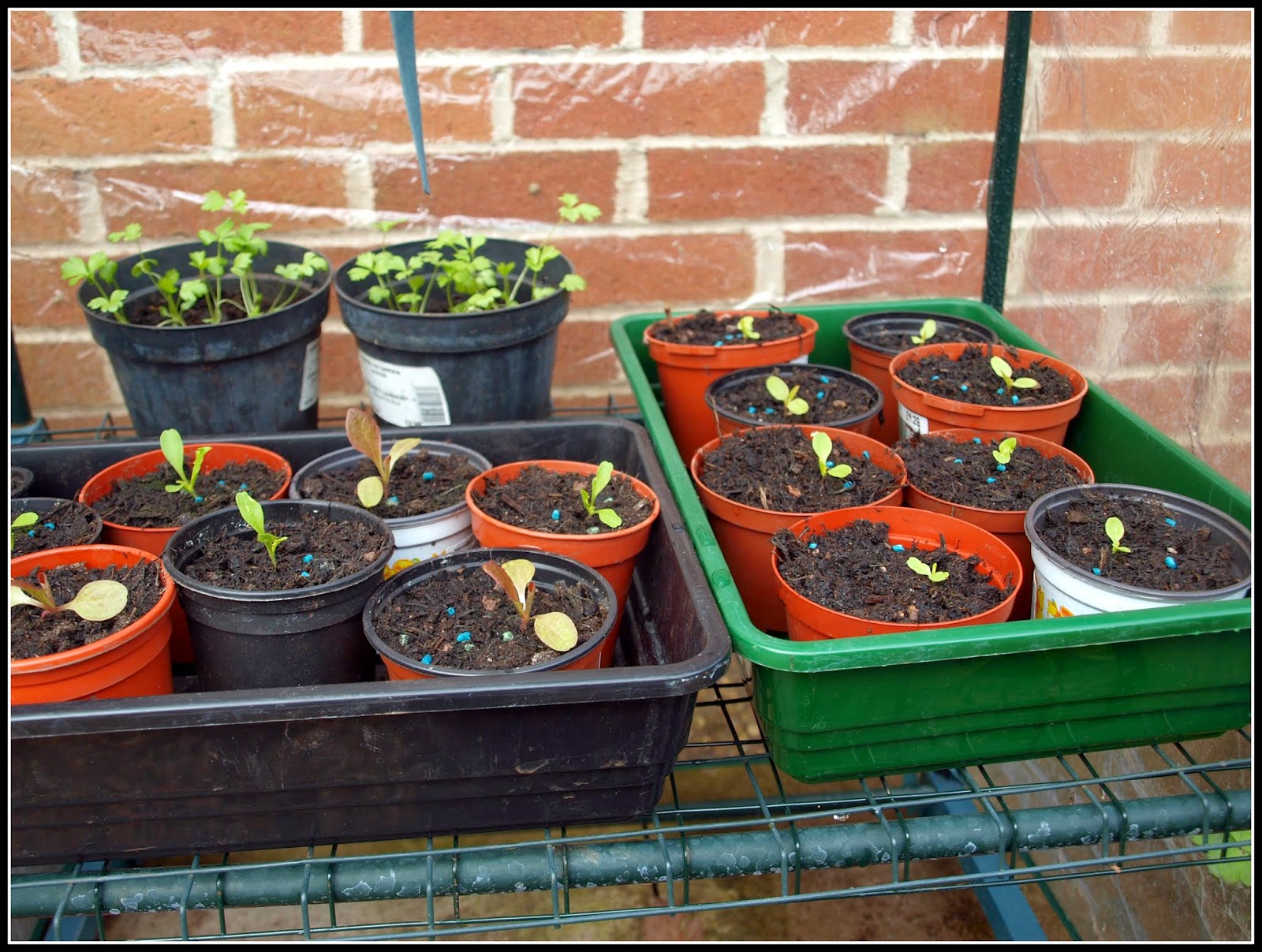 Before you get too excited about the huge crop potential implied by that list, let me just say that I only ever have a small number of plants of any type. I just like a lot of variety! It is also good practice to diversify. If one variety, or one vegetable type, does badly in any given year, another may do well. I sowed 30 pots of tomato seed, but I expect I'll only grow about half that number of plants. It just depends how many I can squeeze in!


I have also planted my first batch of potatoes - the First Earlies. As ever, I am growing them in containers, for two reasons: firstly because I can't spare the space for them in my raised beds, and secondly because the containers are portable and can be moved around as necessary. At present they are under cover, being protected from frosts: 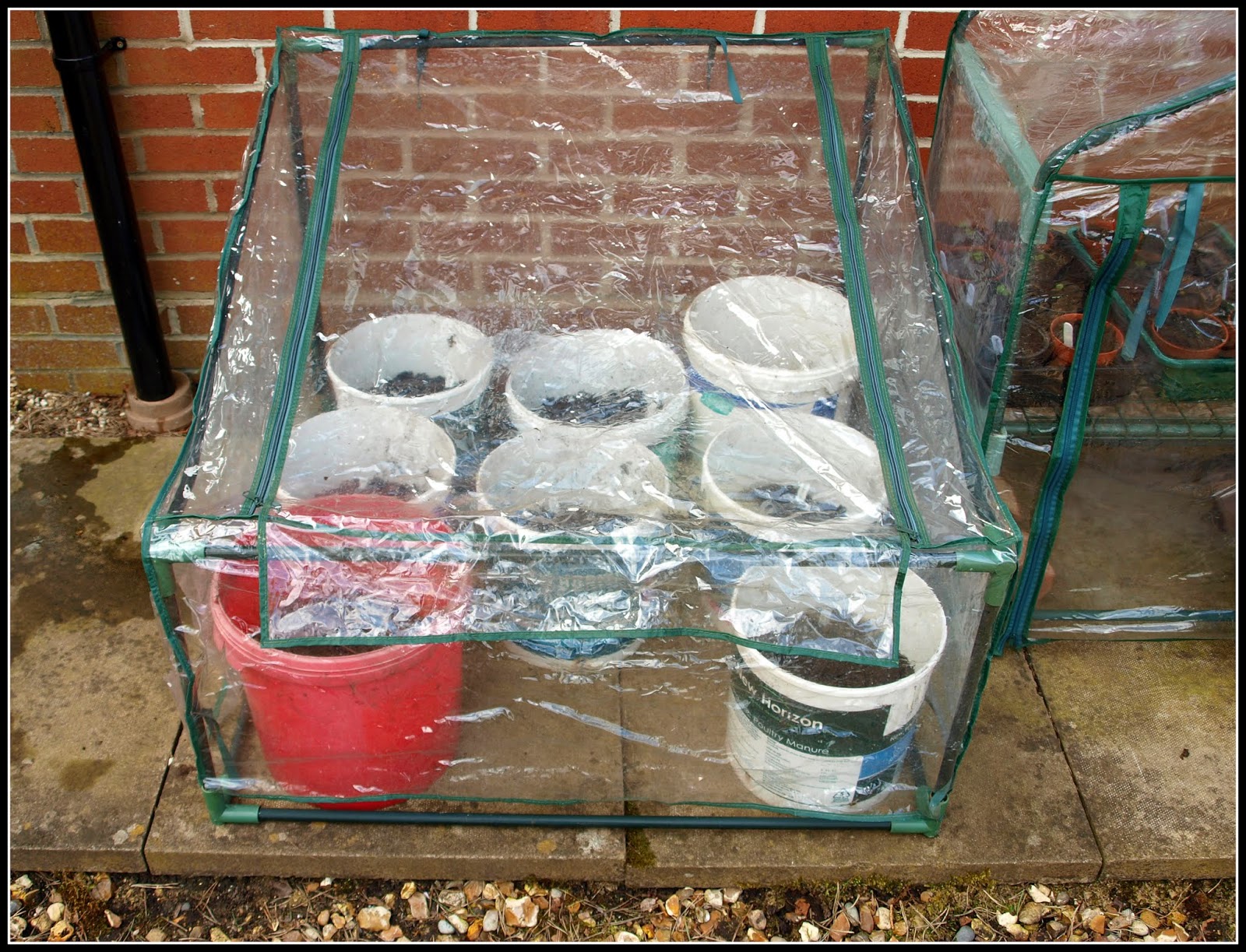 Later they will be moved out into the open, to a sunnier spot. Each of those containers holds one potato tuber, by the way. The First Early varieties I have this year are Sharpe's Express, Marilyn, Leontine and Red Duke of York.

Harvests at this time of year (the so-called Hungry Gap) are sparse. Nevertheless, I have picked some of my favourite veg - Purple Sprouting Broccoli: 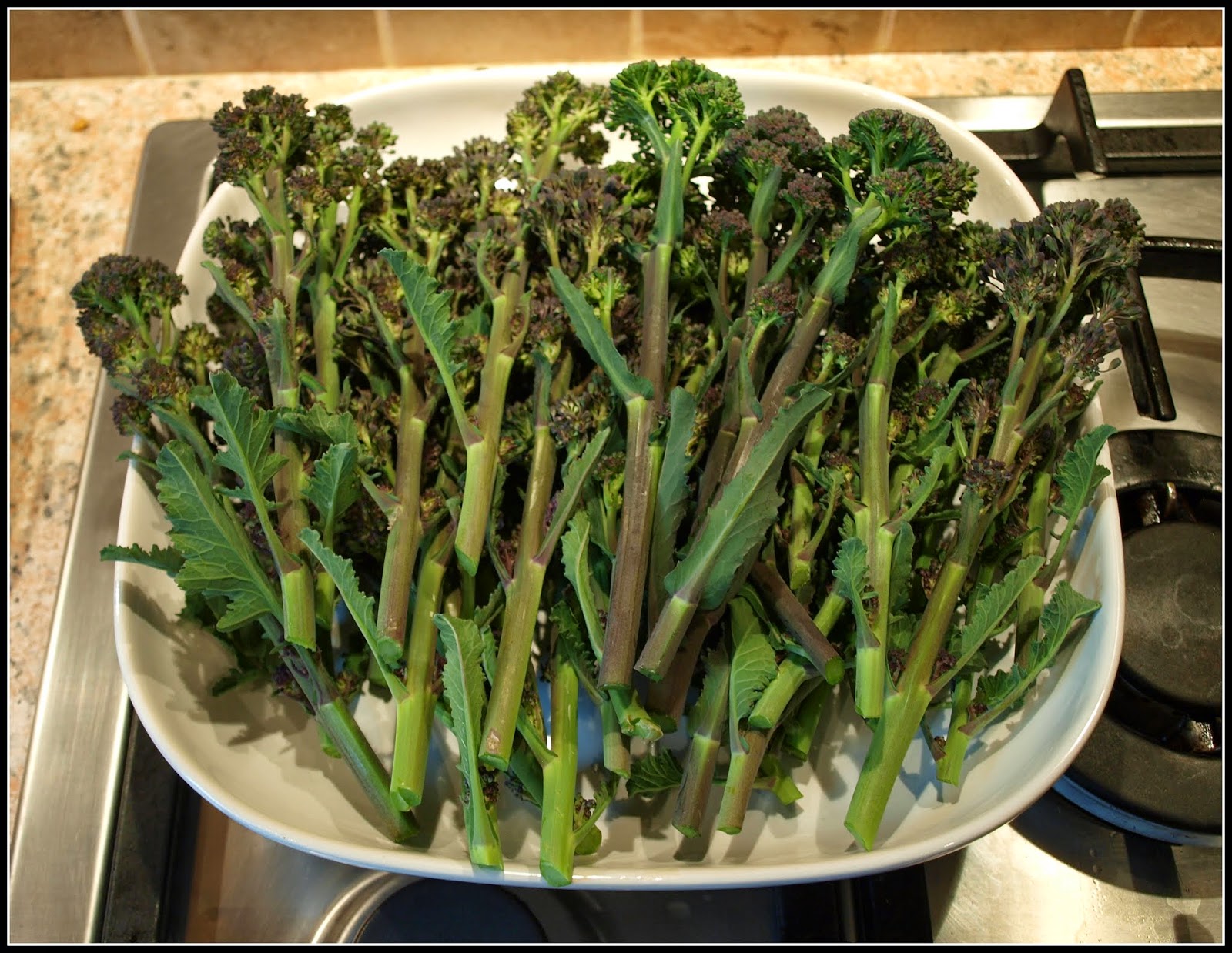 ﻿Other than broccoli, my only harvest during the past month has been of herbs. We use lots of herbs in our cooking, so it is really convenient to have a regular supply of them just outside the door. We have been using lots of Parsley, which is at its best right now, as well as Rosemary, Oregano and the first tender sprigs of Mint from the pots in the coldframe: 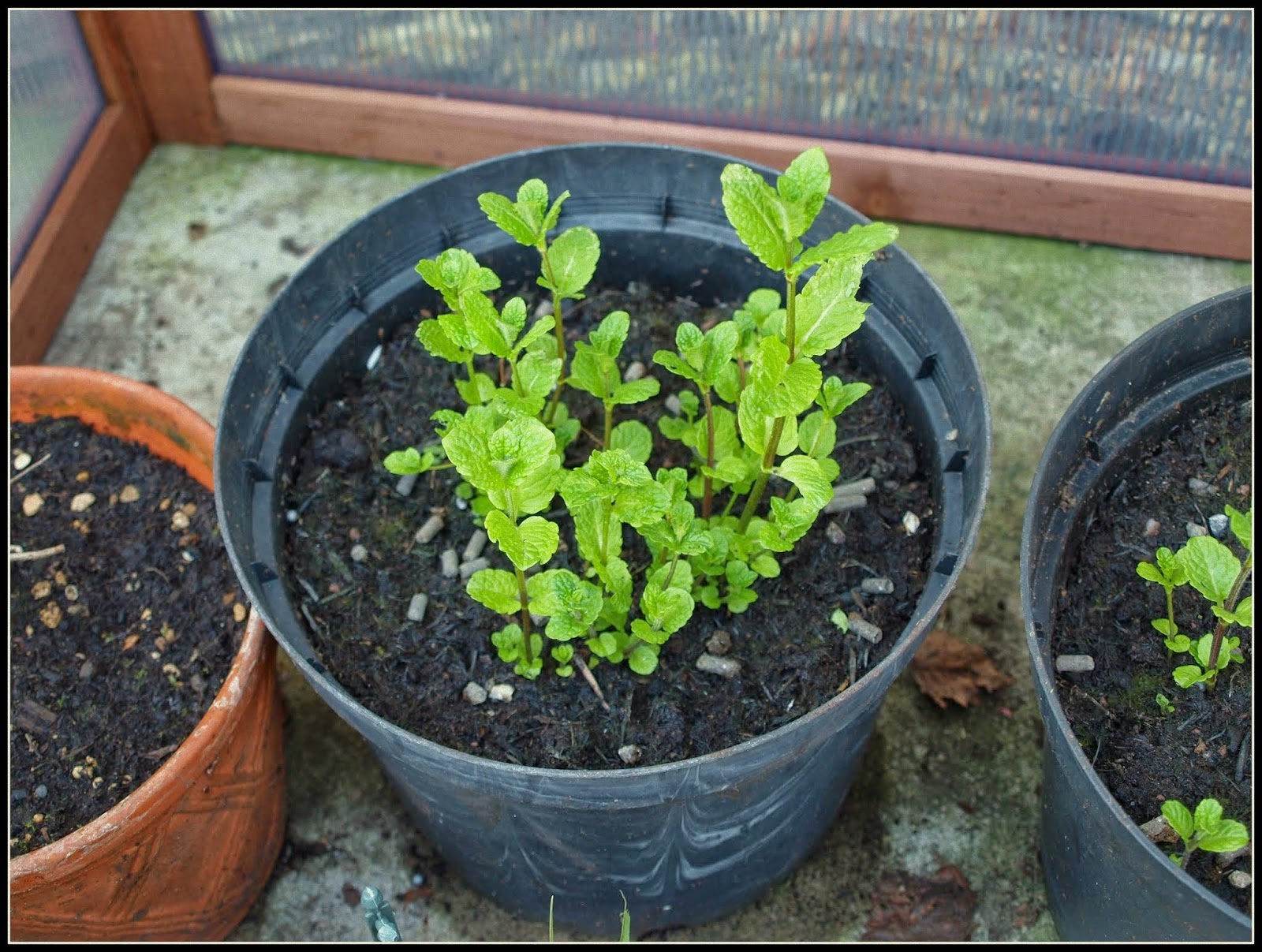 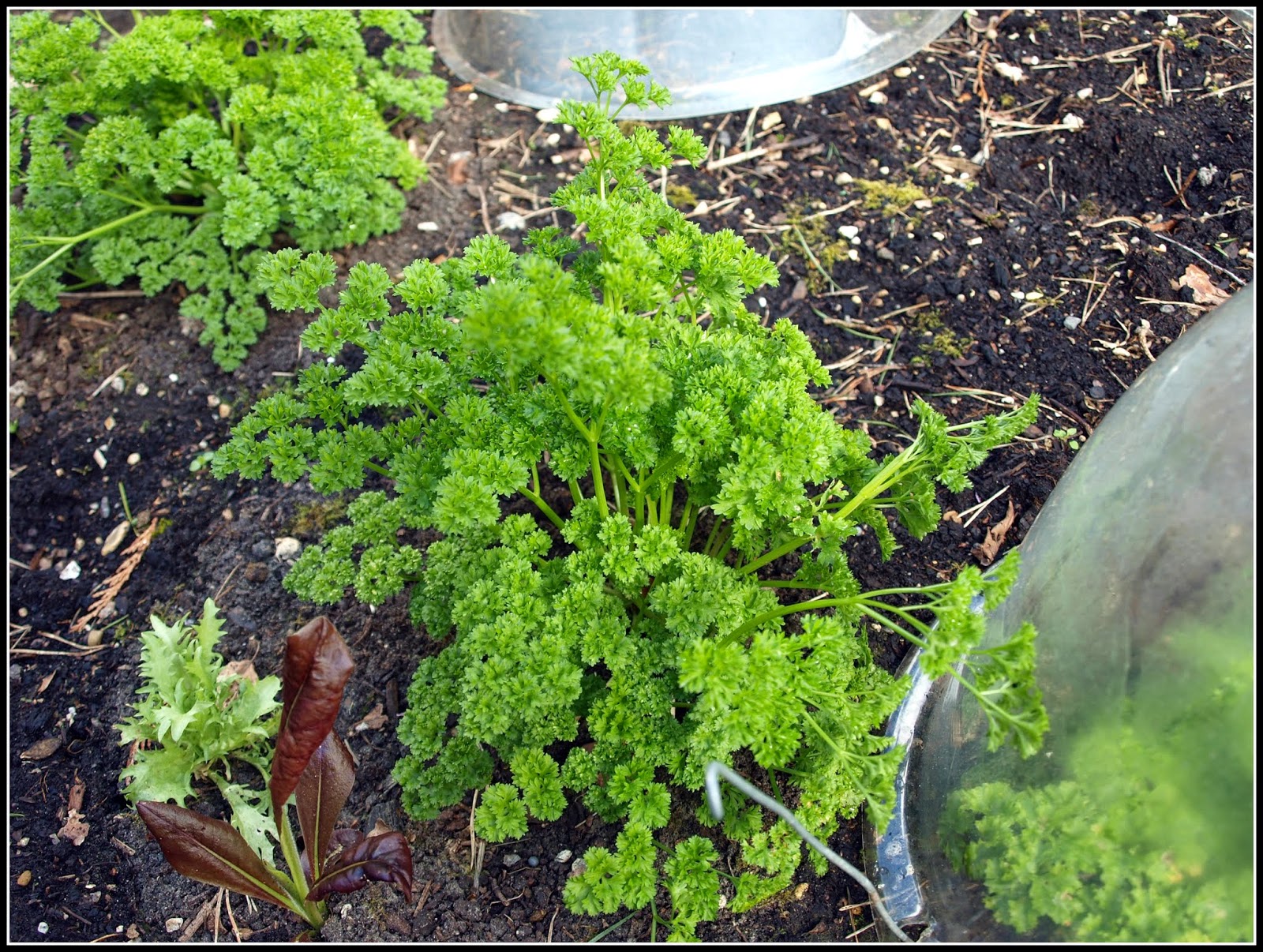 We have also had for the first time, a few leaves of home-grown Wild Garlic. I brought a clump of this into the garden in the Autumn of 2012. I didn't cut any last year, so that the plant could establish itself fully. During 2013 it self-seeded and spread a lot, so now I feel justified in picking some. In fact it is spreading so rapidly that I hope I am not going to regret introducing it! 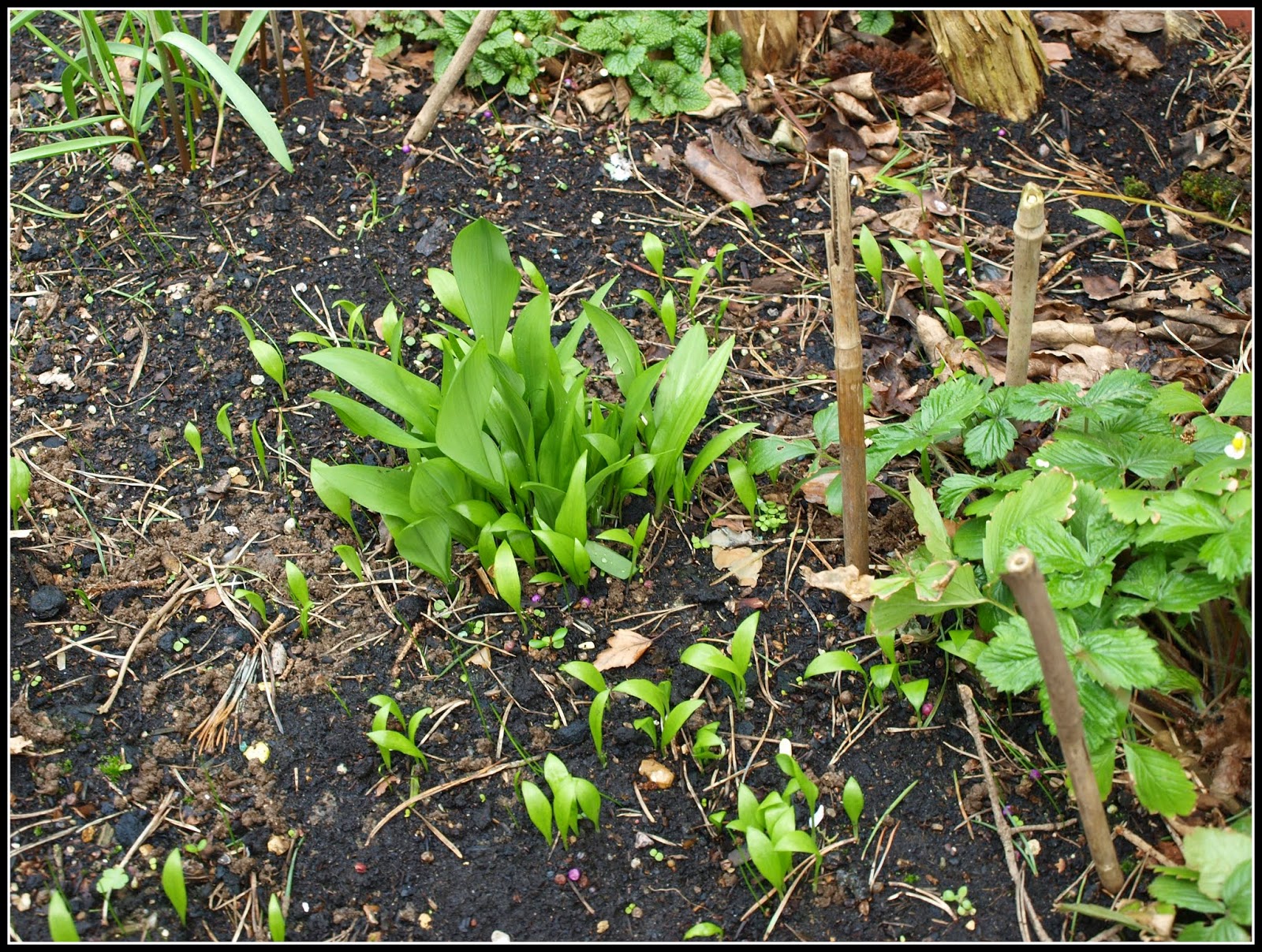 ﻿Here in the UK April is the prime time for sowing and planting, so I'm expecting to be pretty busy! 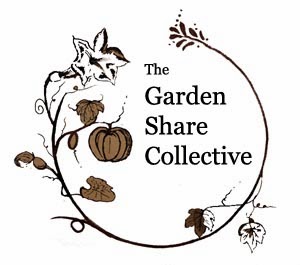