April is the busiest month of the year as far as sowing and planting are concerned. The risk of very severe weather is receding (although sharp frosts are still very much a possibility), and the prospect of warm sunshine begins to be a realistic hope. Last weekend I was very busy in the garden...

One of the first jobs was to plant another batch of potatoes. The First Earlies have been in their pots for a couple of weeks, and their tops are pushing through the compost, so they have had a head start. 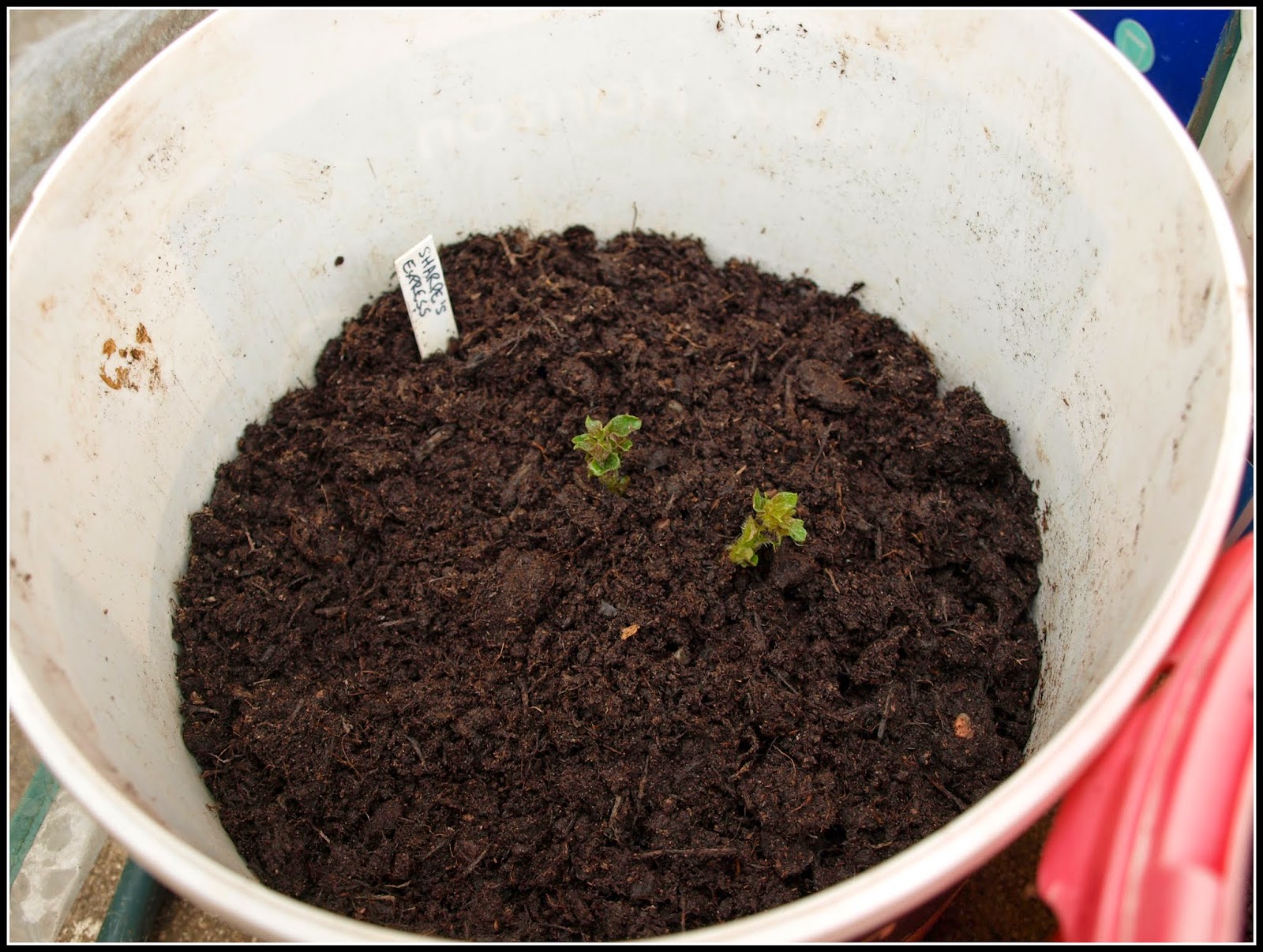 Now it is time for the Second Earlies: 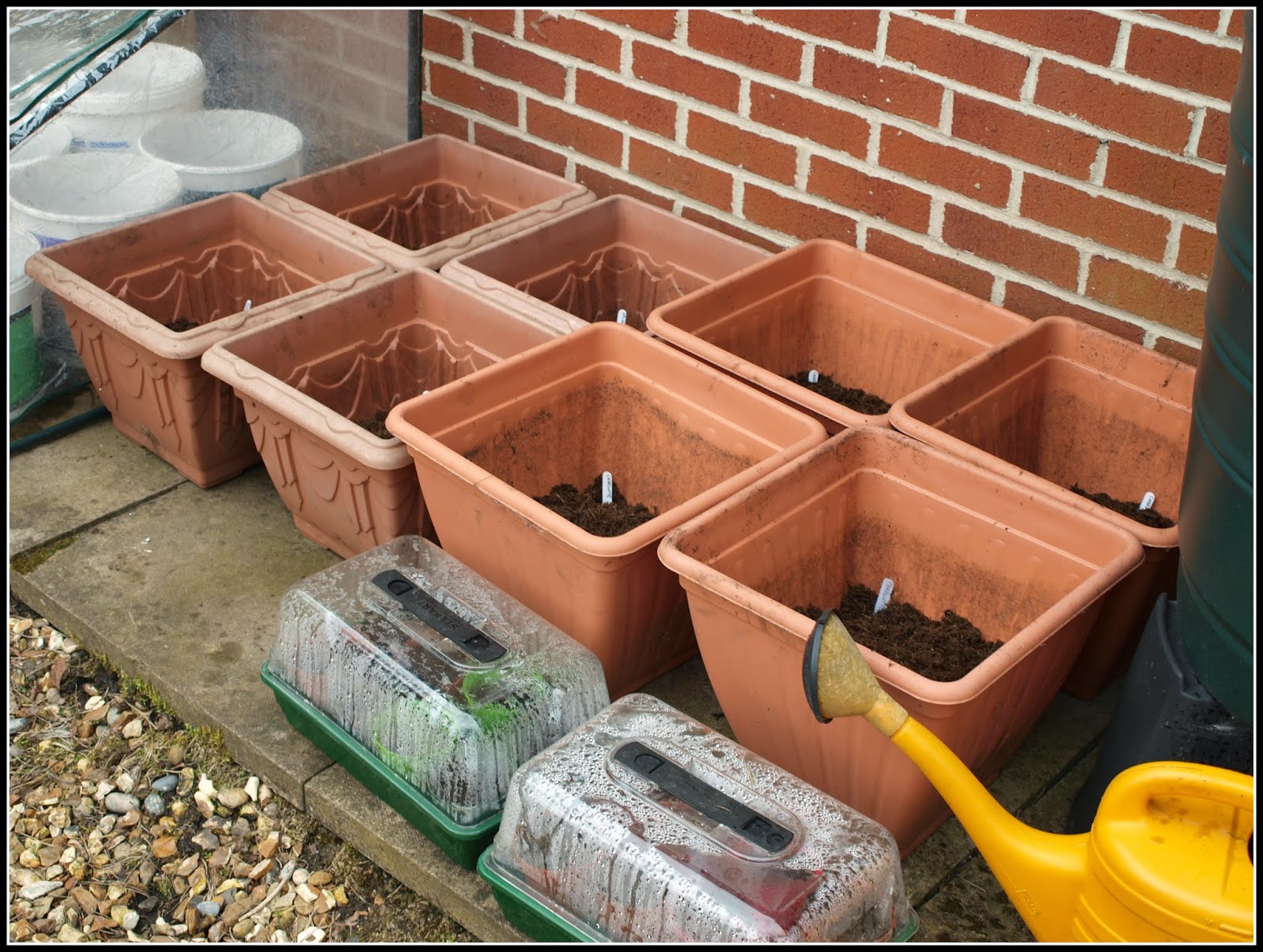 I planted 8 tubers: four of the old faithful "Charlotte", and two each of "Balmoral" and "Blue Kestrel". Both of the latter are new to me, acquired at the ﻿Hampshire Potato Day. As you can see, I planted them in big plastic containers  - recently relegated from Tomato-growing duties. As the plants grow I will gradually fill the containers with more compost. Large containers like these will give the plants plenty of room to spread out so they will produce a bigger harvest. They are also going to be less prone to drying out than smaller containers.

I sowed my beans too. Runner Beans "Scarlet Empire" and "Red Rum" (my two favourites, both good performers in my garden), and Climbing French Bean "Cobra" - one which I grow every year. It is well known for its prolific crop of very large pods. This year I have not gone overboard in terms of numbers. I usually sow far too many and end up giving lots of them away, but this time I have sowed as many as I need plus 50%, which ought to provide enough spares. Which reminds me, I must buy some nematodes. In the past I used to have big problems getting my beans established because they were always attacked by some sort of maggot that devours the roots. Since I started using nematodes the problem has been dramatically reduced.

My granddaughter Lara, currently in her first year at school, has been given homework for the Easter holidays. She has to grow a Runner Bean! That's the sort of homework I'd enjoy. I'm sure that with her family's gardening heritage to support her, this task will not present too many problems!

In addition to the beans I have sowed some "cocktail" cucumbers ["Iznik F1"] and a couple of "Butterbush" Butternut Squashes. I only plan to grow one of the latter, but I have sown two seeds just in case of a failure. "Butterbush" is, as the name suggests, a compact bushy variety that doesn't trail all over the garden, so is suitable for growing in containers. The cucumbers are ones that I have grown for the last two years, and I have been very pleased with the results. Last year I grew six cucumber plants and we were inundated with cucumbers, so this year I will only plant 3. 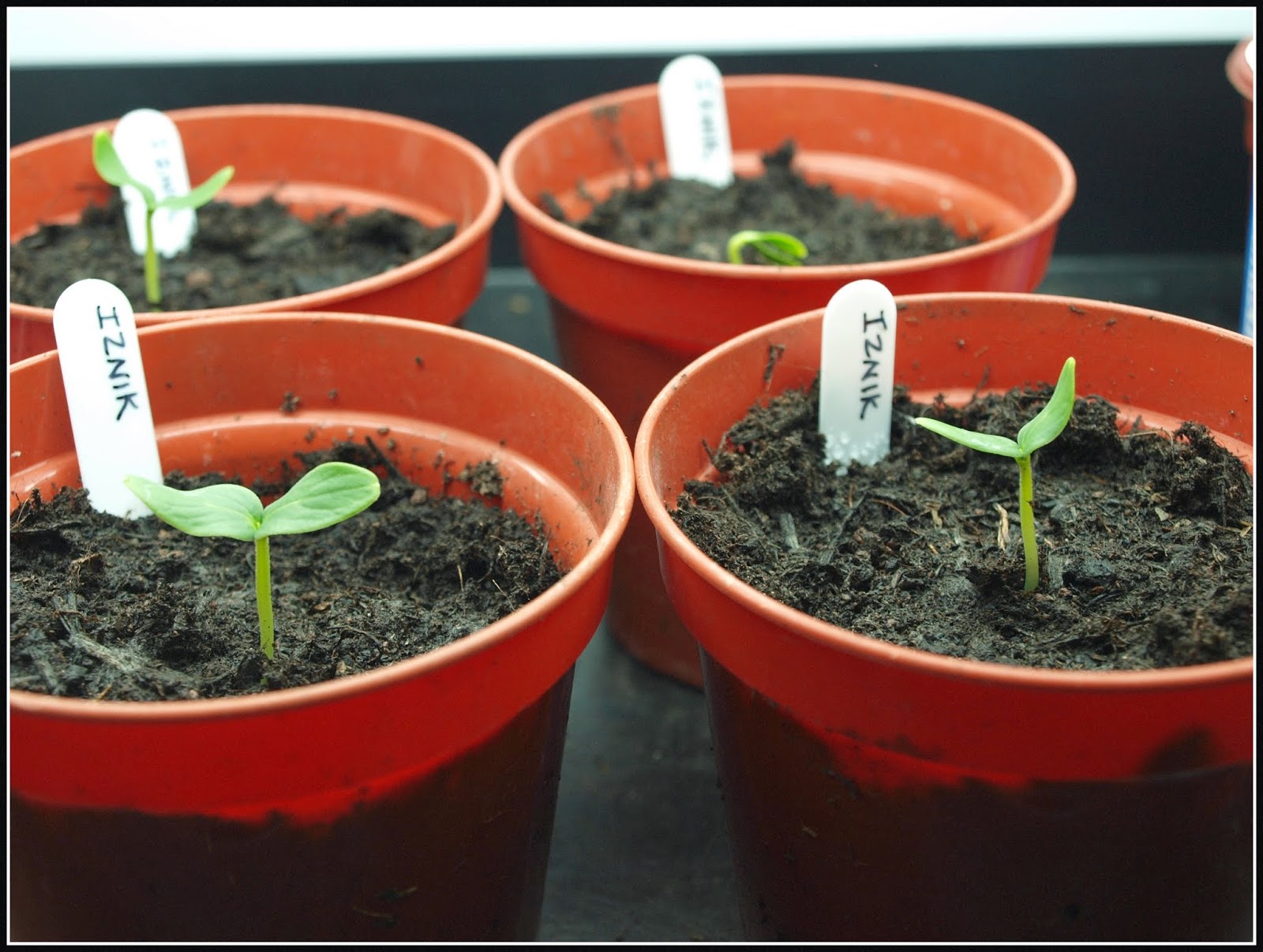 The Leaf Celery seedlings had reached the right stage for planting out, so that was my next job: 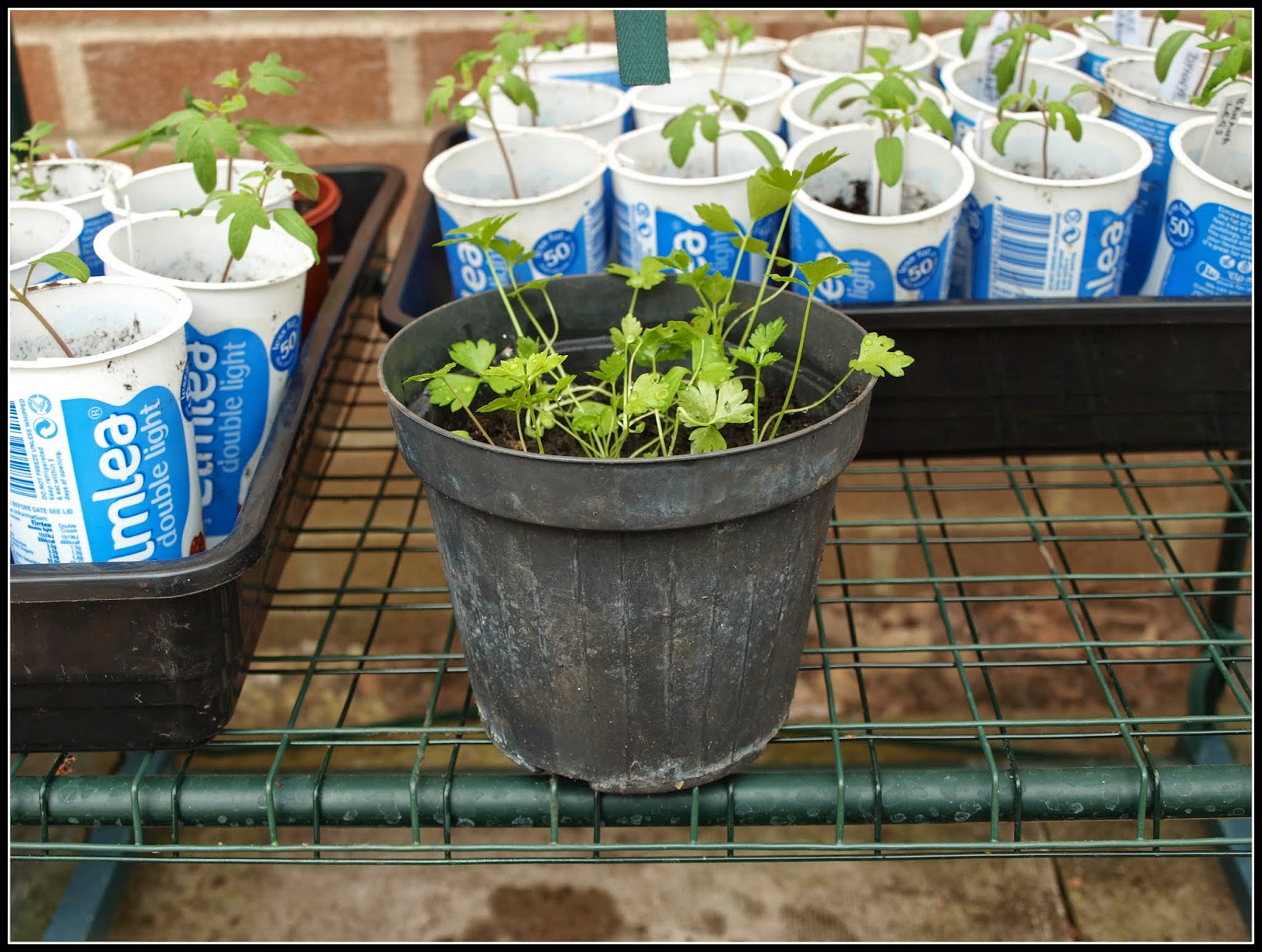 I decided to put them into a large plastic crate. This is mainly because I don't know how they will perform, or indeed whether we will find uses for the stuff! I am therefore in a sense hedging my bets since I will be able to move the crate around when I see how things go. I note that Leaf Celery likes moist soil, so it ought to be easier for me to provide this in the crate. 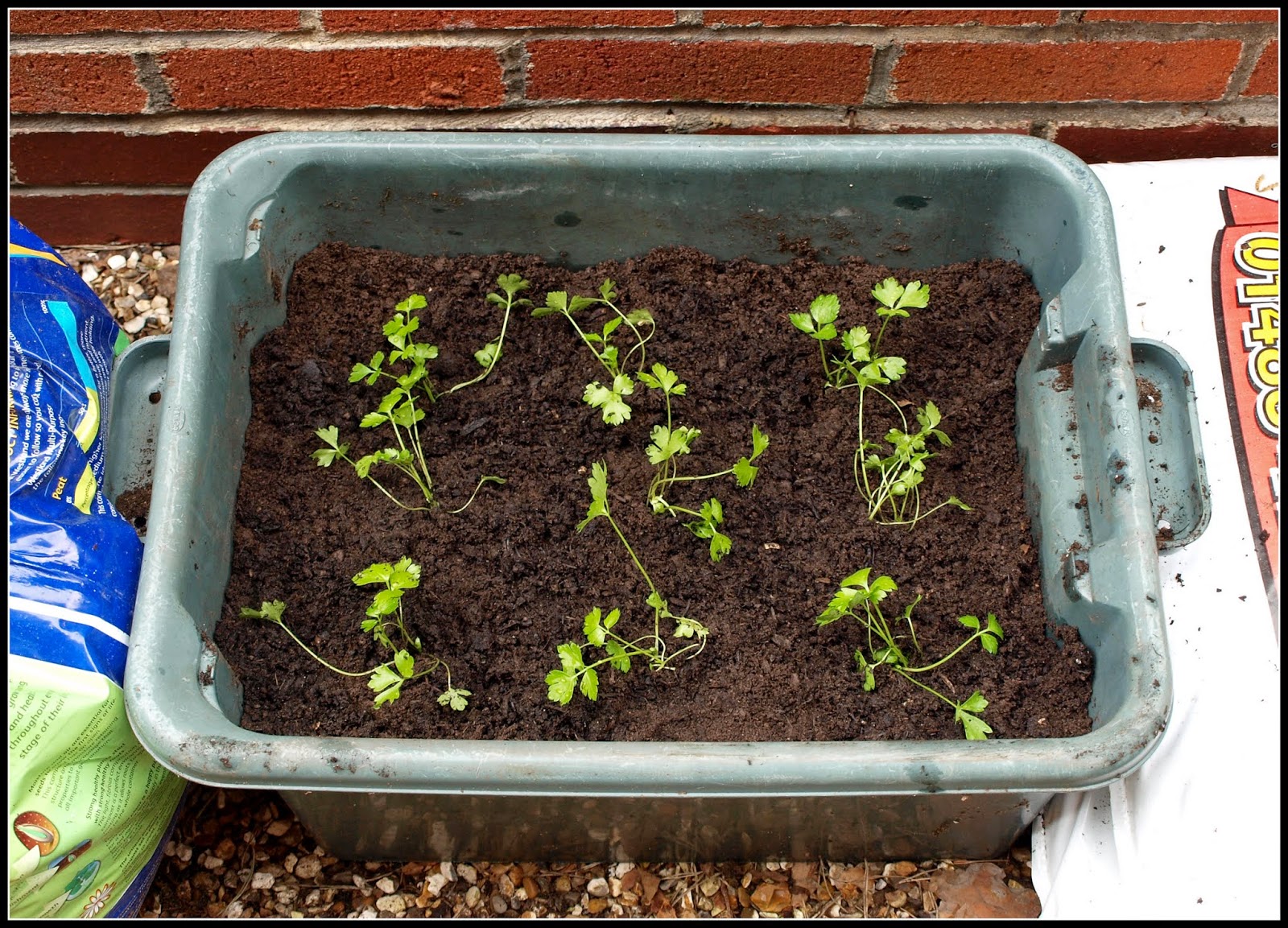 Even at this small size, the leaves have an incredibly strong, intensely savoury flavour. They are definitely in the "Marmite" category - I think you will either love them or hate them. 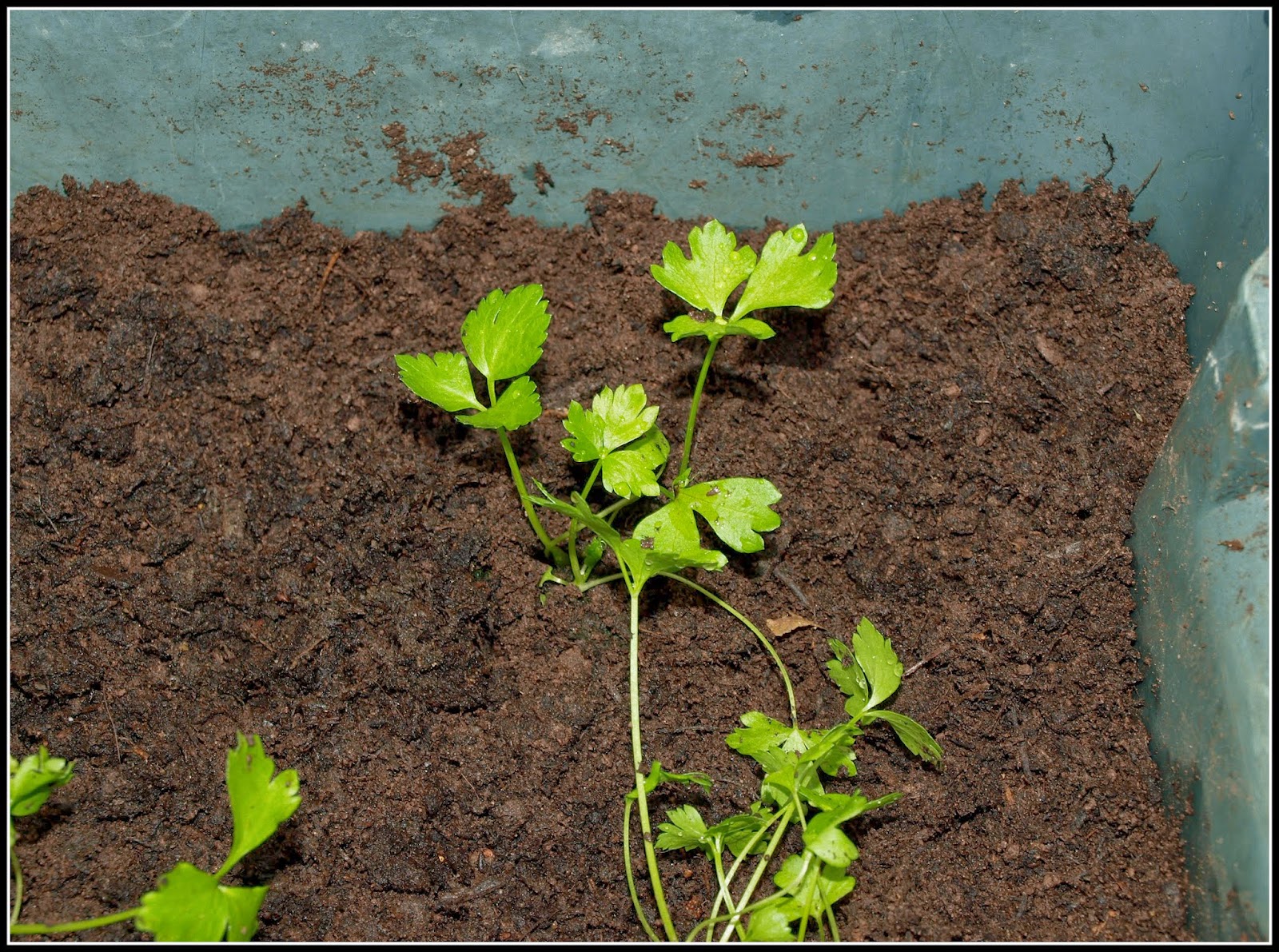 Finally for today, here are a couple of photos of my Leeks ("Toledo"), sown on 1st March: 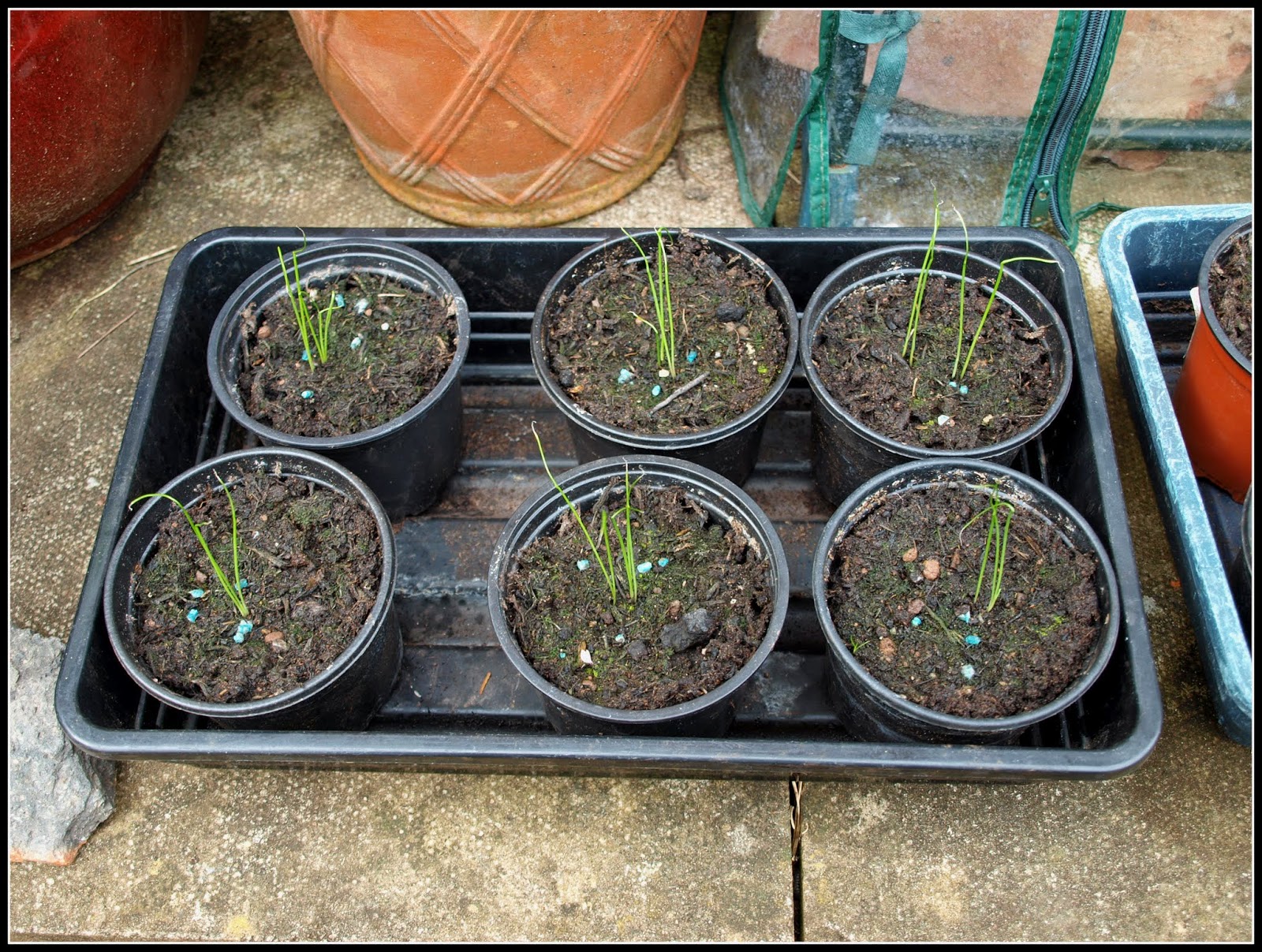 I have only tried growing Leeks once before, some years ago, and it wasn't a great success, but this time I am determined to do better! the fact that I am growing them at all is a demonstration that I am making a big effort to ensure that I have some veg in my garden late into the Autumn or even Winter. As well as the Leeks, I am going to have Parsnips, Brussels Sprouts, Swede Turnips, and Cabbages. That should do the trick, shouldn't it? 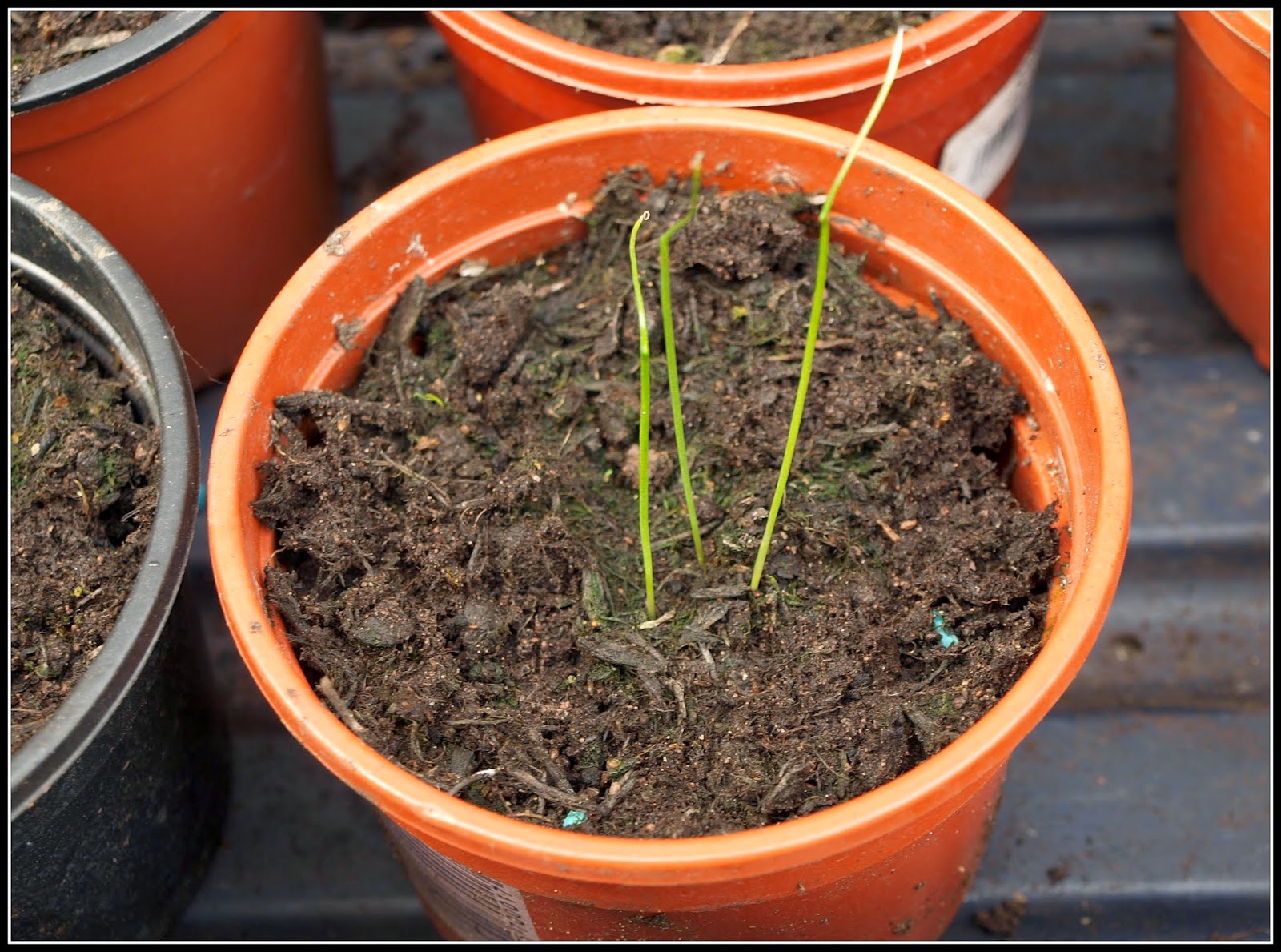