Happy Birthday your Majesty! (our queen, Queen Elizabeth II - who is 88 today, and still going strong!)

My offering for Harvest Monday, hosted as ever on Daphne's Dandelions is not big in terms of quantity this week, but I think it scores highly in terms of quality! What do you think of these? 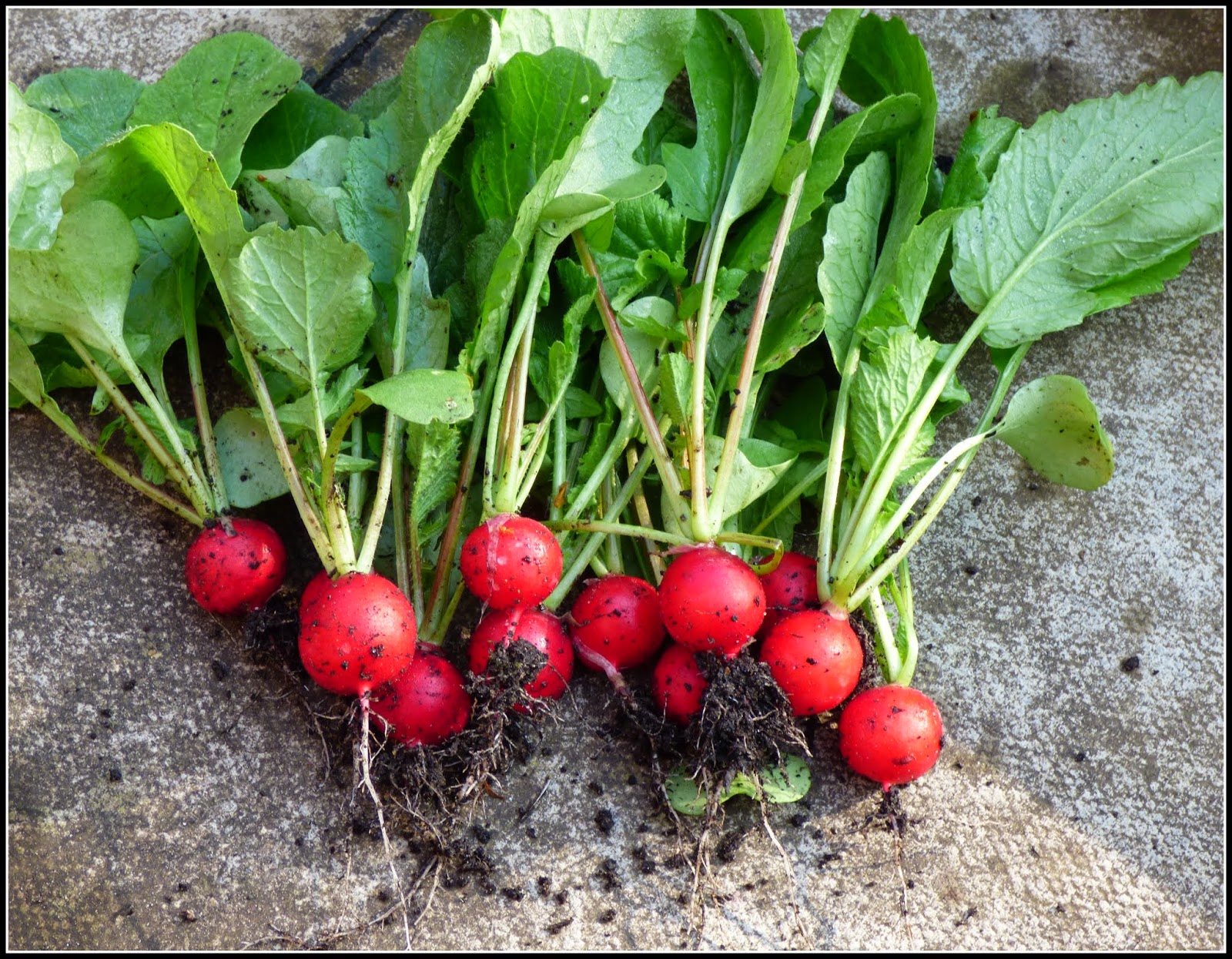 Those are the first picking of my "Cherry Belle" radishes. 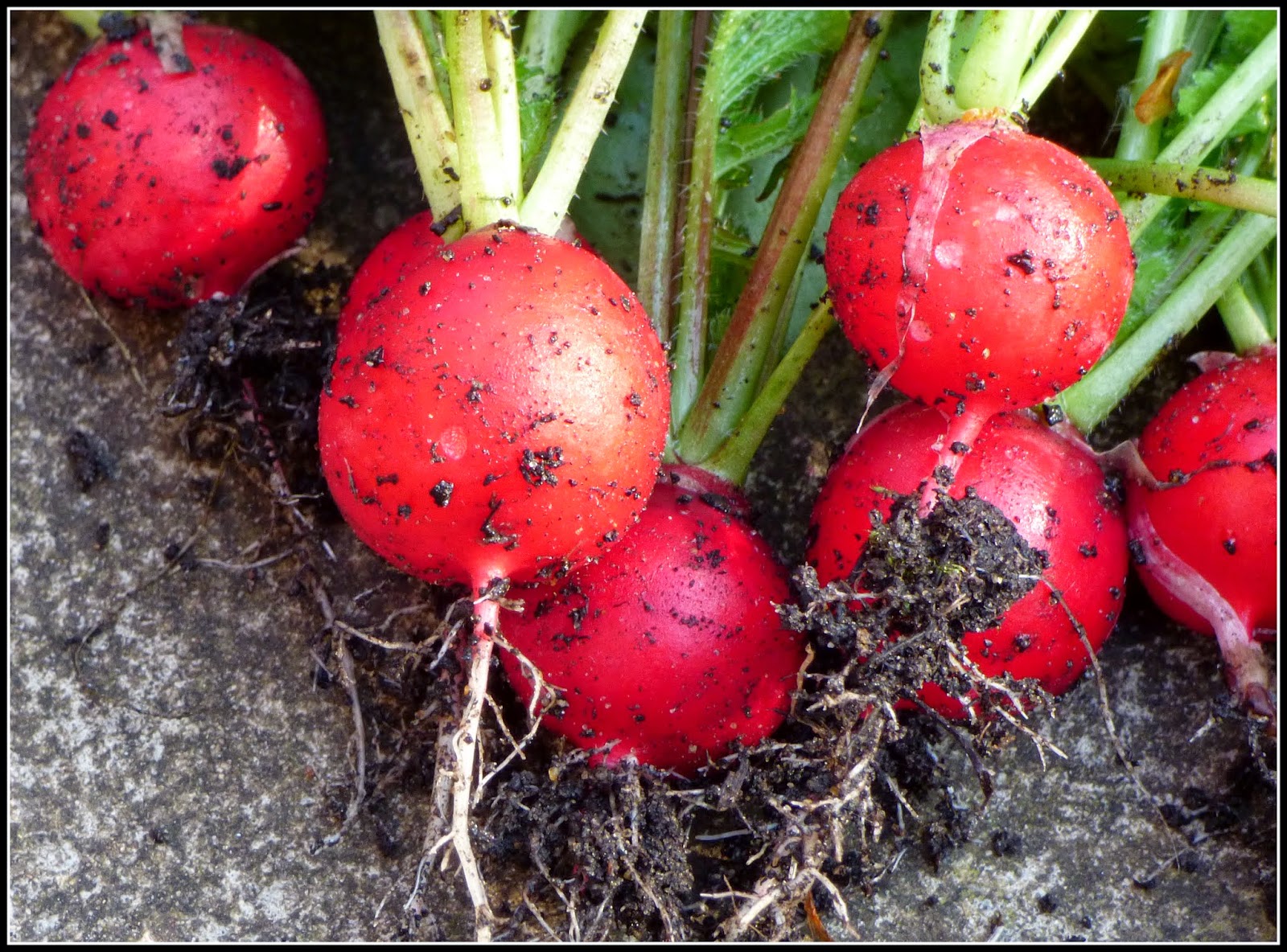 Growing radishes is often described as easy (maybe because they grow quickly), but I don't think it is. They need very close attention to watering. If their roots are too dry they will bolt and be tough and excessively peppery. They grow best in warm moist soil.

There is a programme currently running on our TV here called "The Big Allotment Challenge". Some people seem to think it is about gardening, but I think it is basically a game-show whereby the "Losers" are progressivley eliminated and eventually a winner emerges. Last week one of the challenges was to present three perfectly-formed blemish-free radishes. Obviously the growing of these took place in advance! Regrettably, no credit at all was given for the taste or texture of the radishes, and they were judged on looks alone. Most of the offerings were very poor. One pair of contestants admitted sowing more than 500 seeds and were able to get only four that were anywhere near meeting the required criteria - and even then they were not that brilliant! Here is my offering: 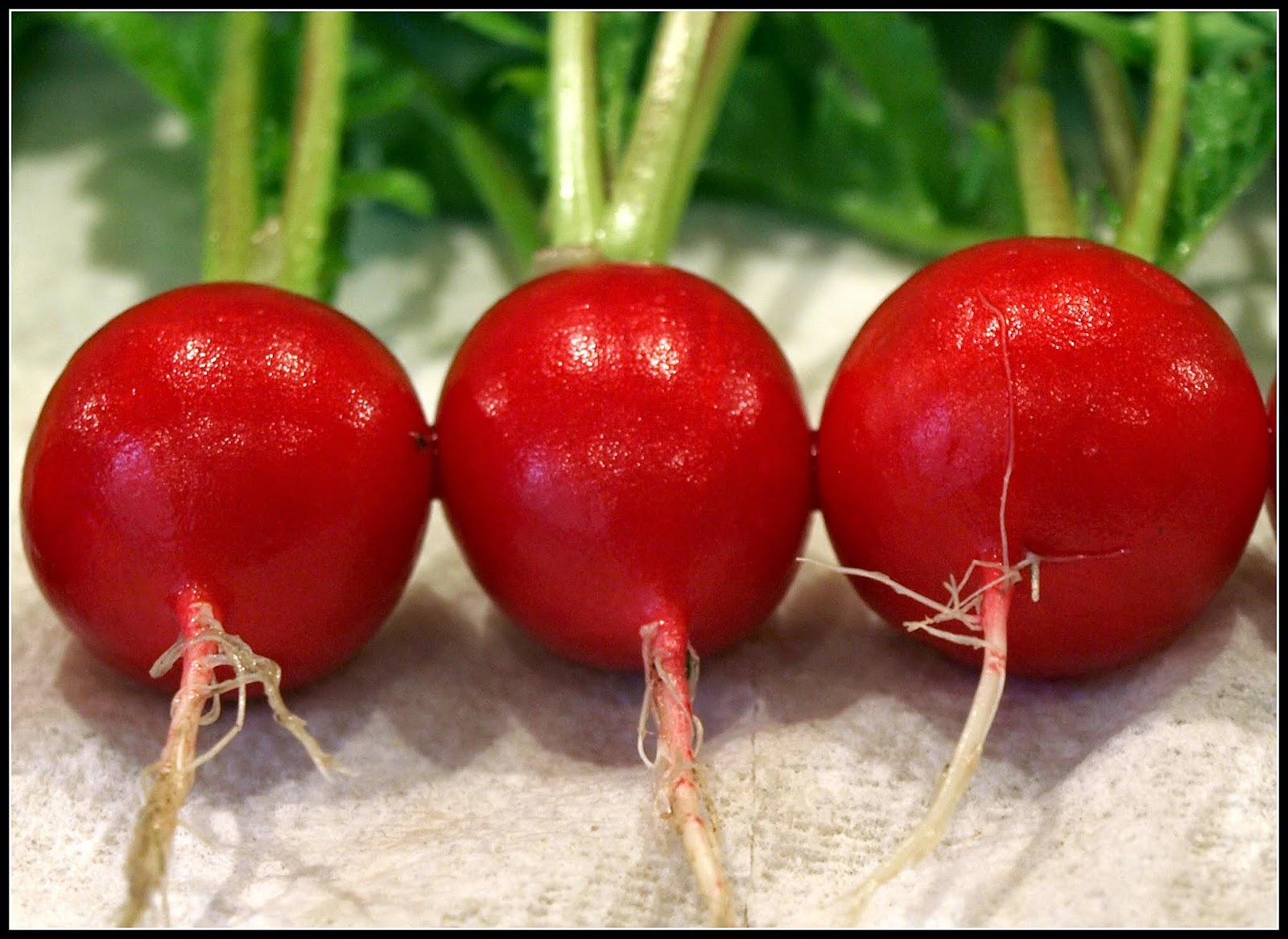 These were picked only this morning and have not yet been eaten, but I am confident that they will be crisp, juicy and with just the right amount of pepperiness. Furthermore, I had no difficulty in choosing 3 perfect specimens. They were ALL perfect! (well, I think so anyway...) 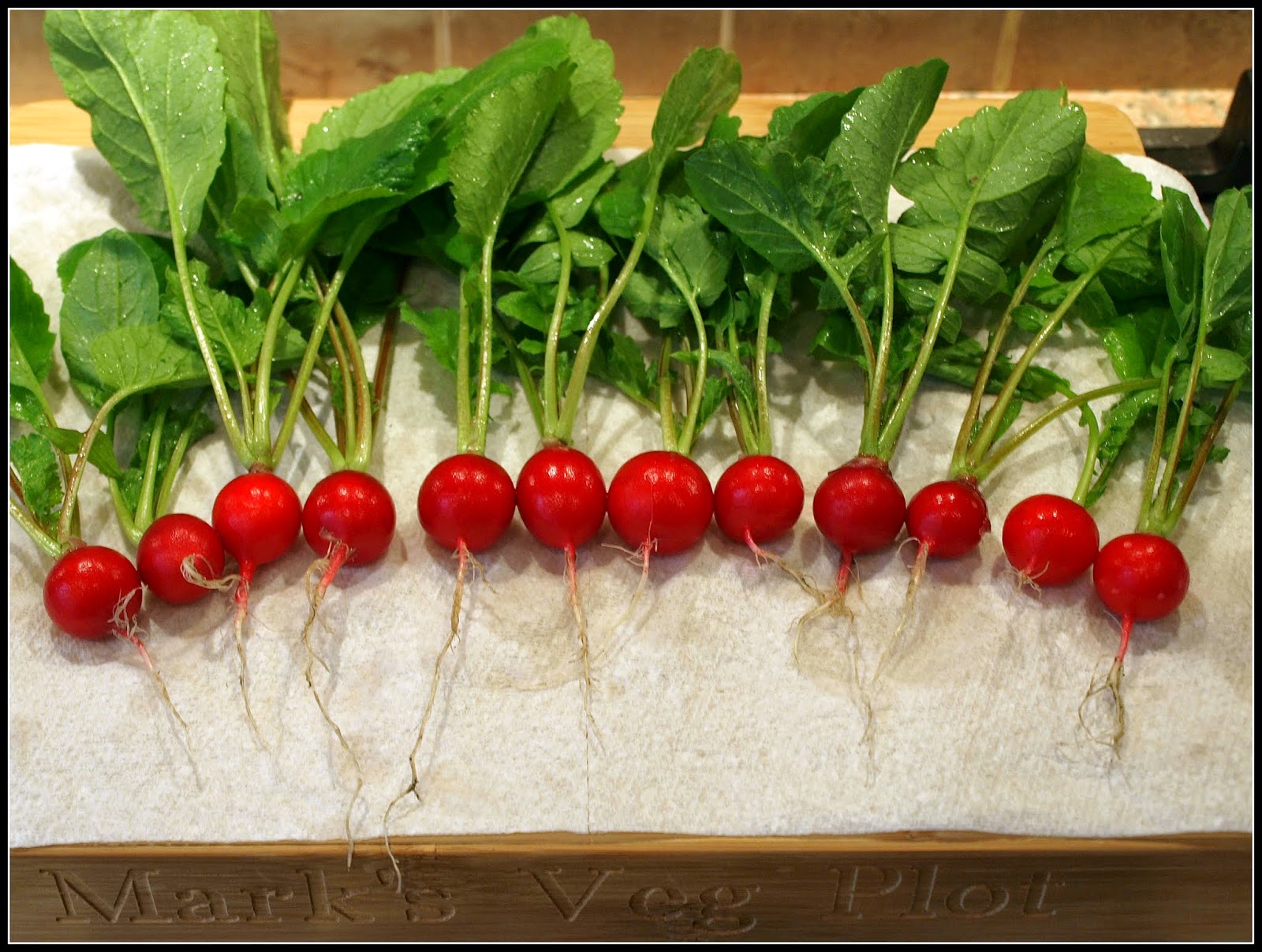 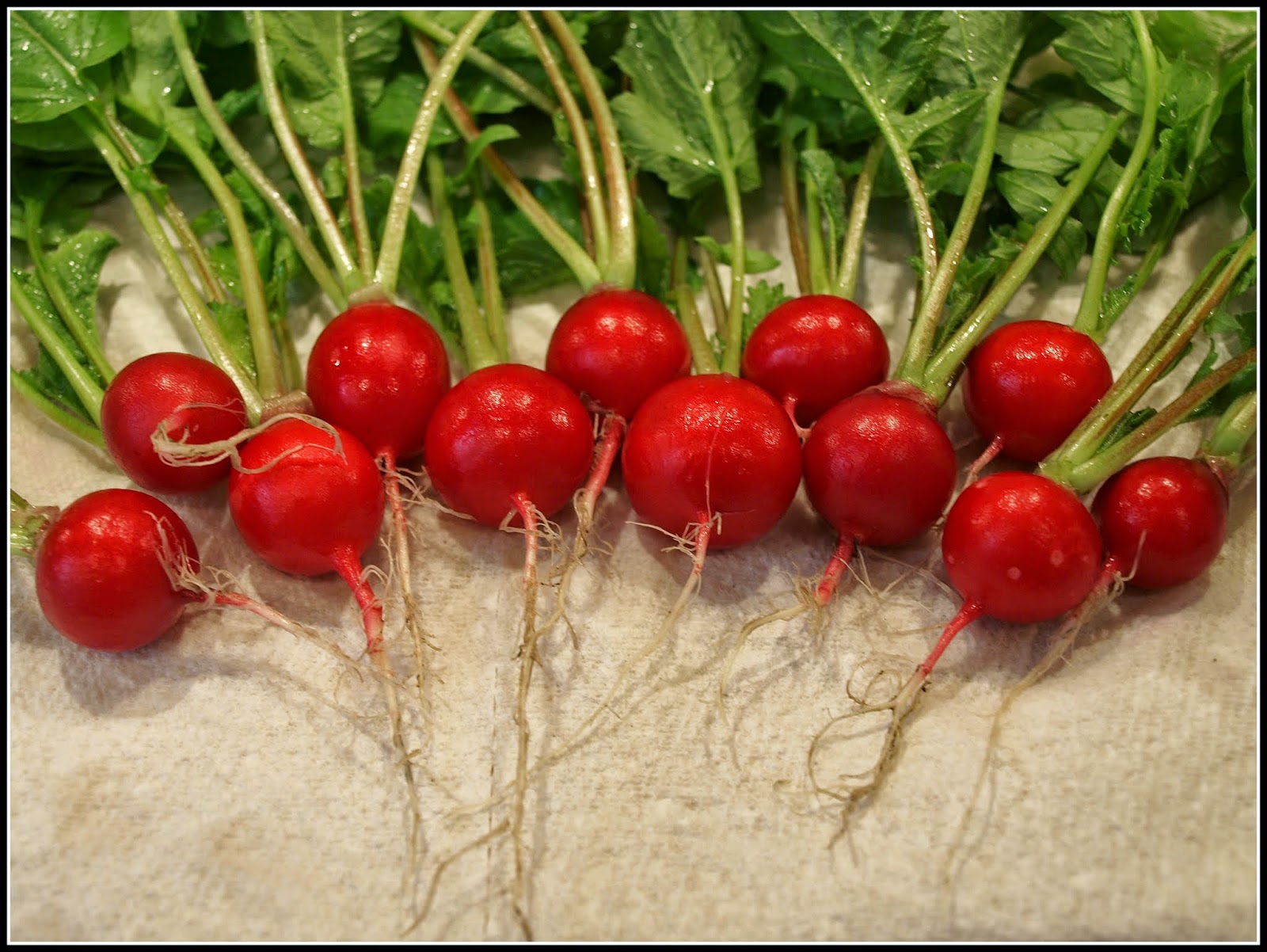 ﻿
Other than the radishes, I harvested this week another 2-person serving of Asparagus. Actually, by this I mean that by cutting a spear or two every day or so I eventually managed to get enough spears to be a worthwhile quantity for two people! This may perhaps explain why I don't have any photos of it. Asparagus is frustrating stuff - there's never enough of it. I'll just show you a couple of photos of it growing... 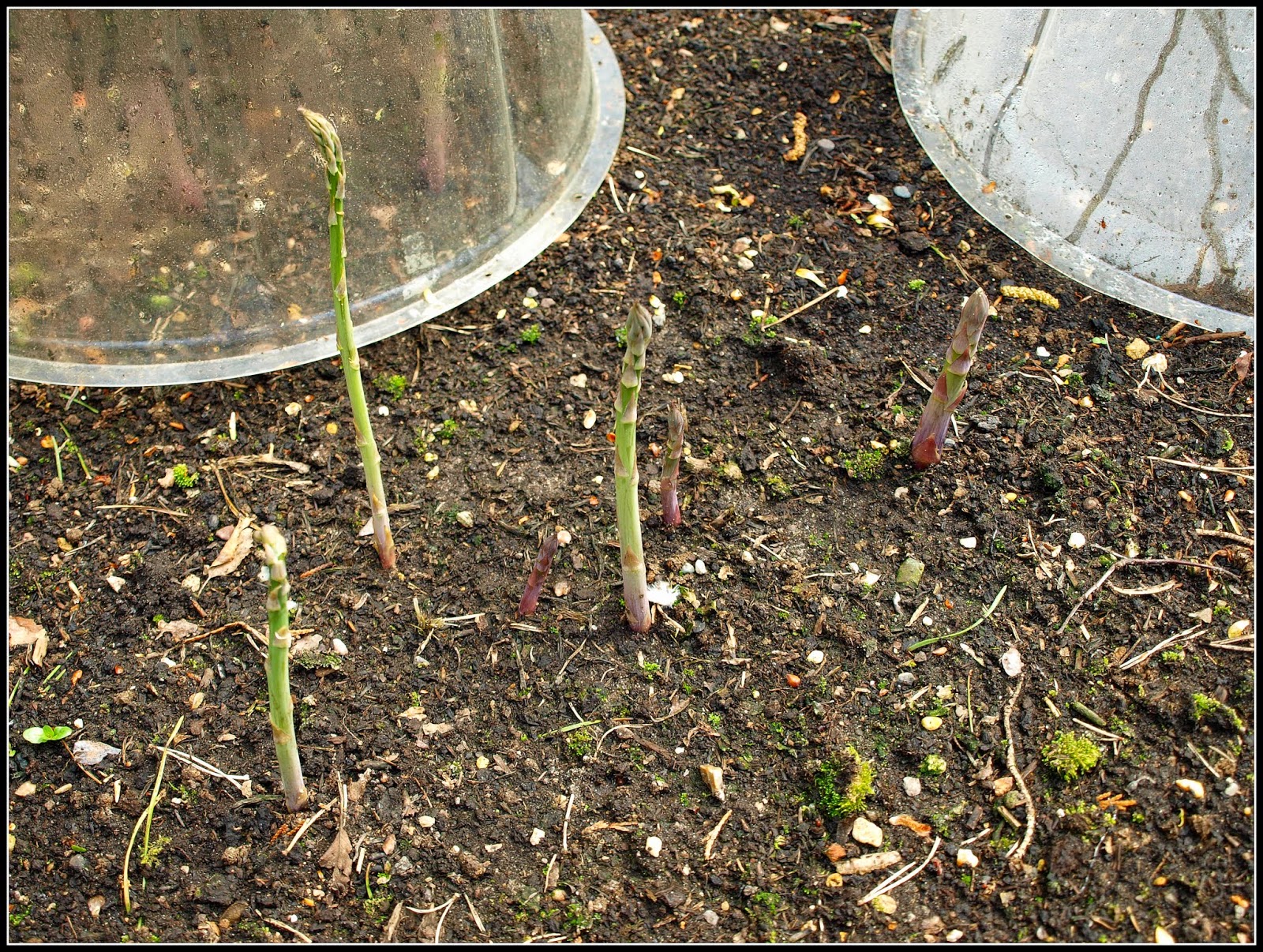 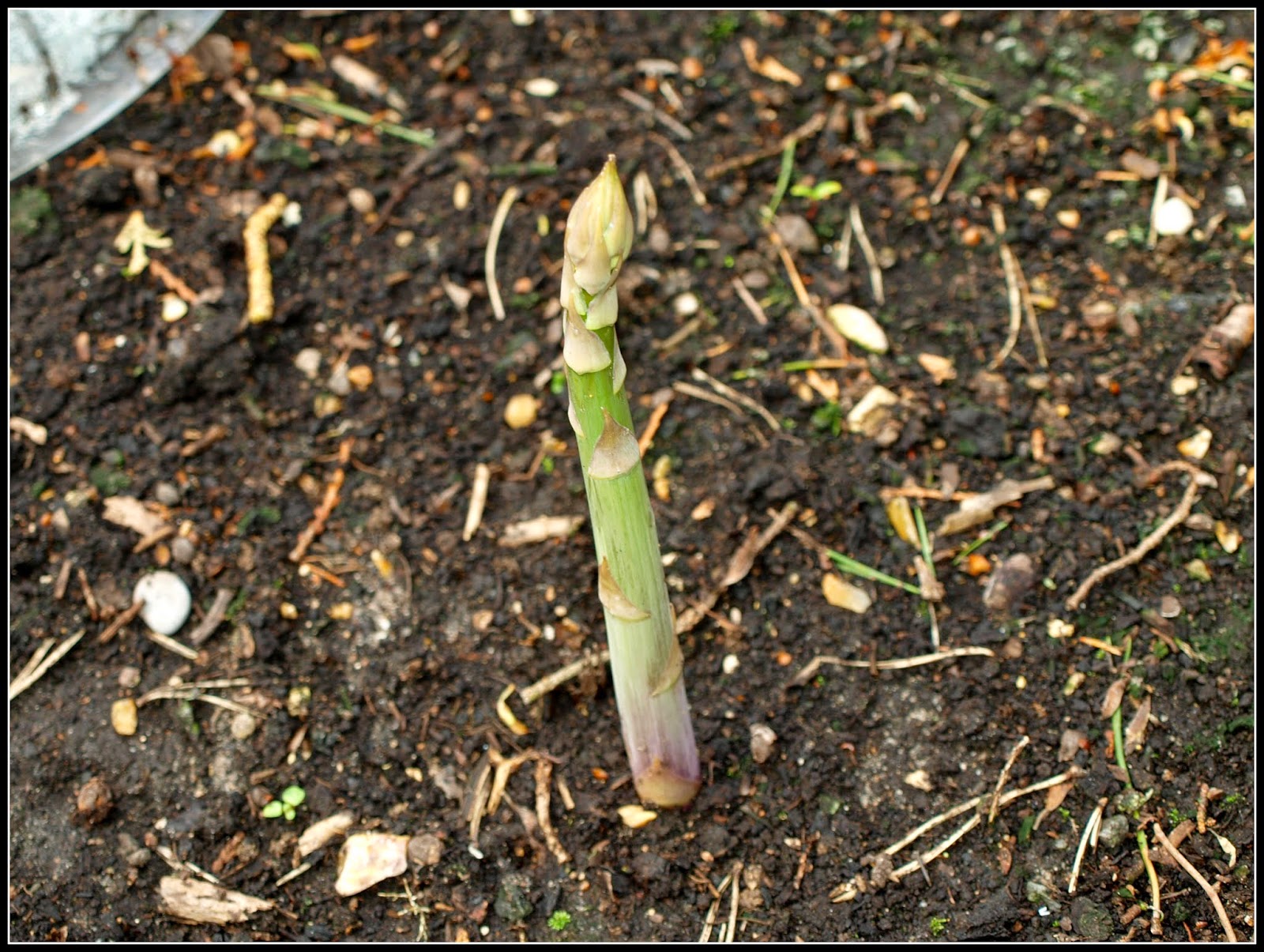