First Asparagus of the year

My Asparagus is shooting up fast now! 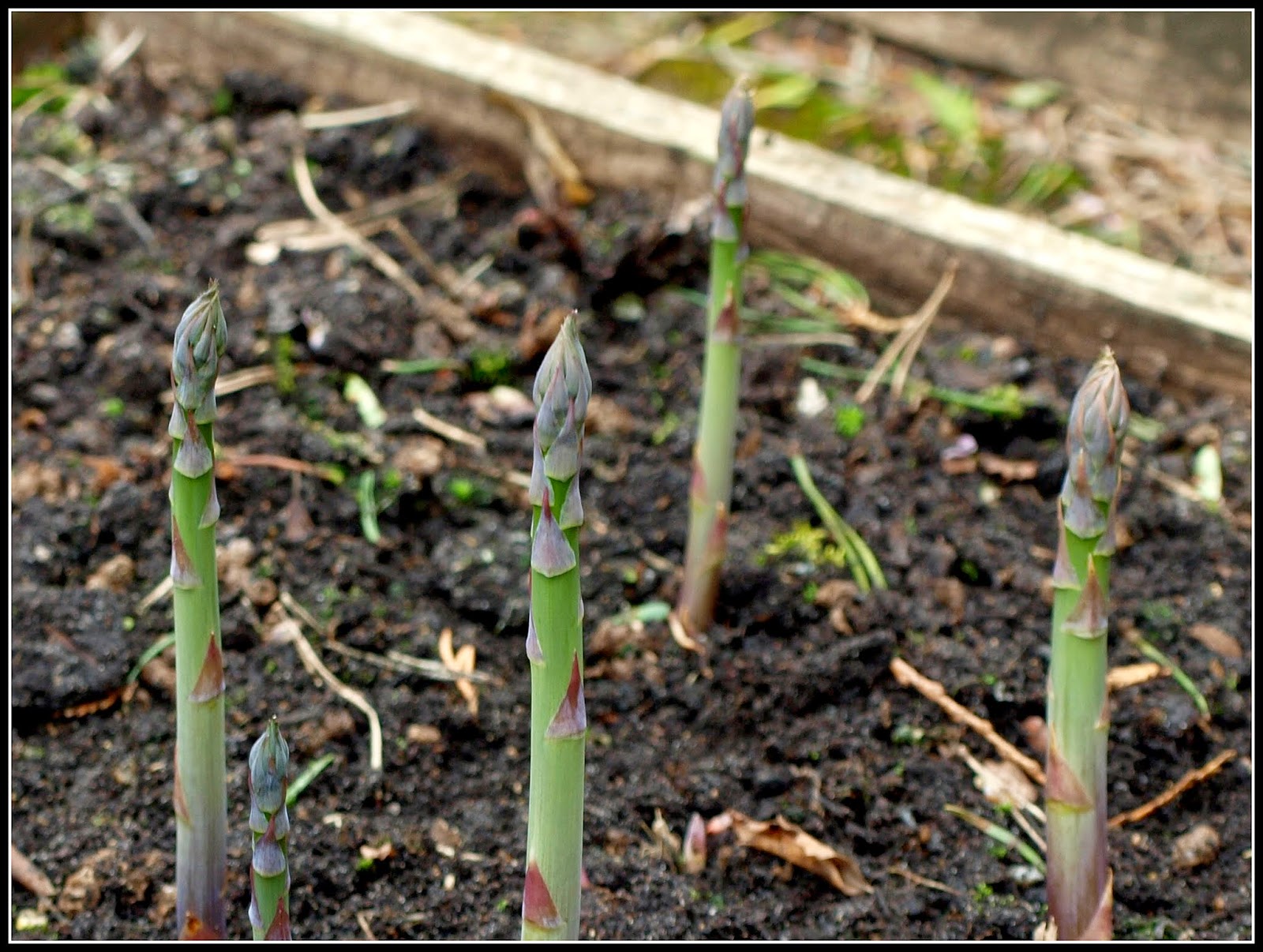 The variety I have is called Gijnlim, described in the catalogues as "...an early season Asparagus, a high yielding male variety producing medium thick, mid-green spears with closed purple tips". 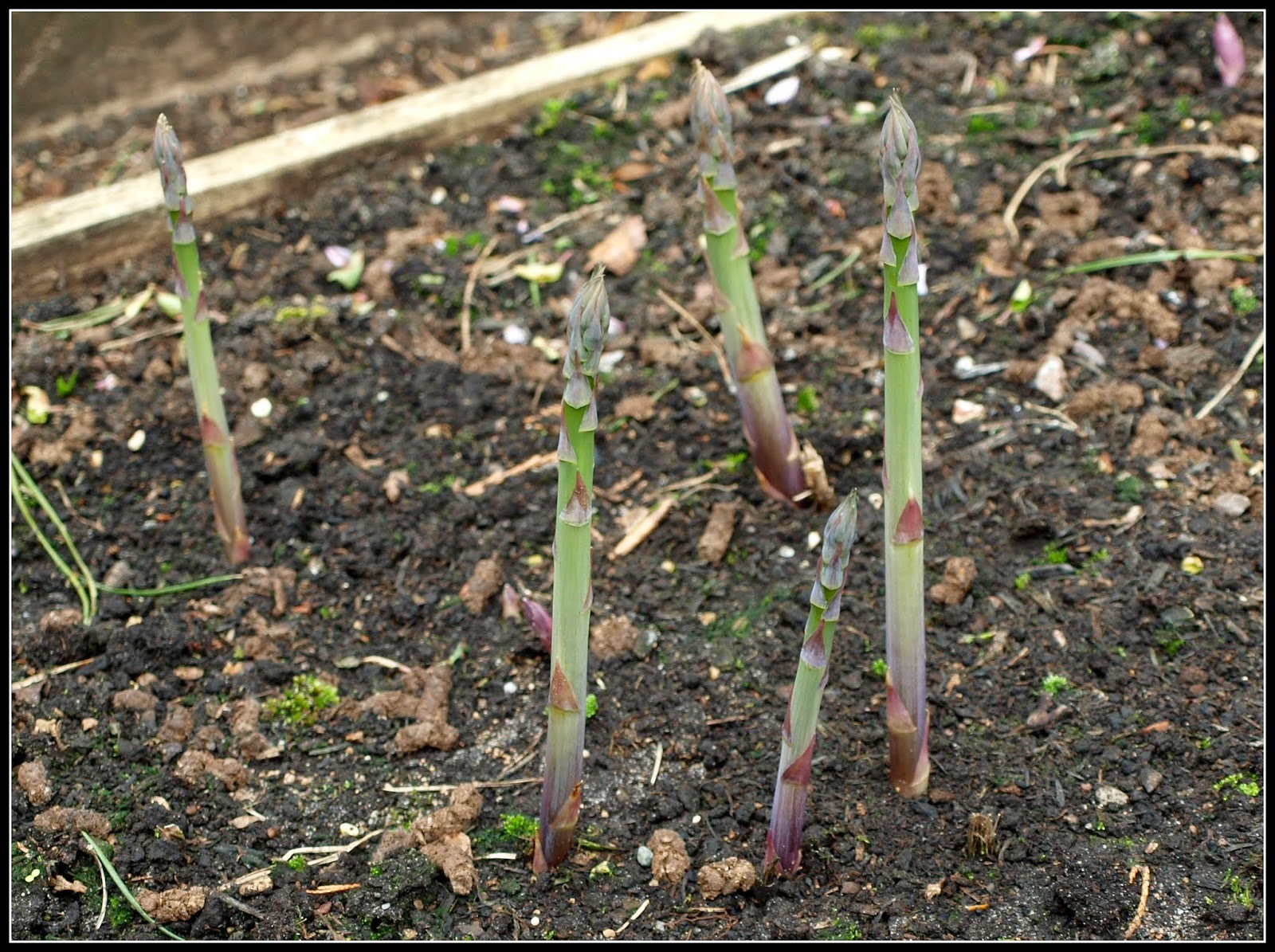 ﻿
My Asparagus bed houses (nominally) 10 plants. Some of them are really strong and productive, but one or two have not done so well. One died altogether and I replaced it last year. However, the replacement plant didn't look very strong either and I'm not confident that it will have survived the Winter.

Can you see in the photo above that I have applied a top dressing of pelleted chicken manure to give the plants a boost? I'm hoping for a bit of heavy rain at some point soon, to wash it in to the soil.

As reported a week or so ago, I have covered some of the Asparagus plants with cloches now, to protect the emerging spears and make them come on more rapidly. 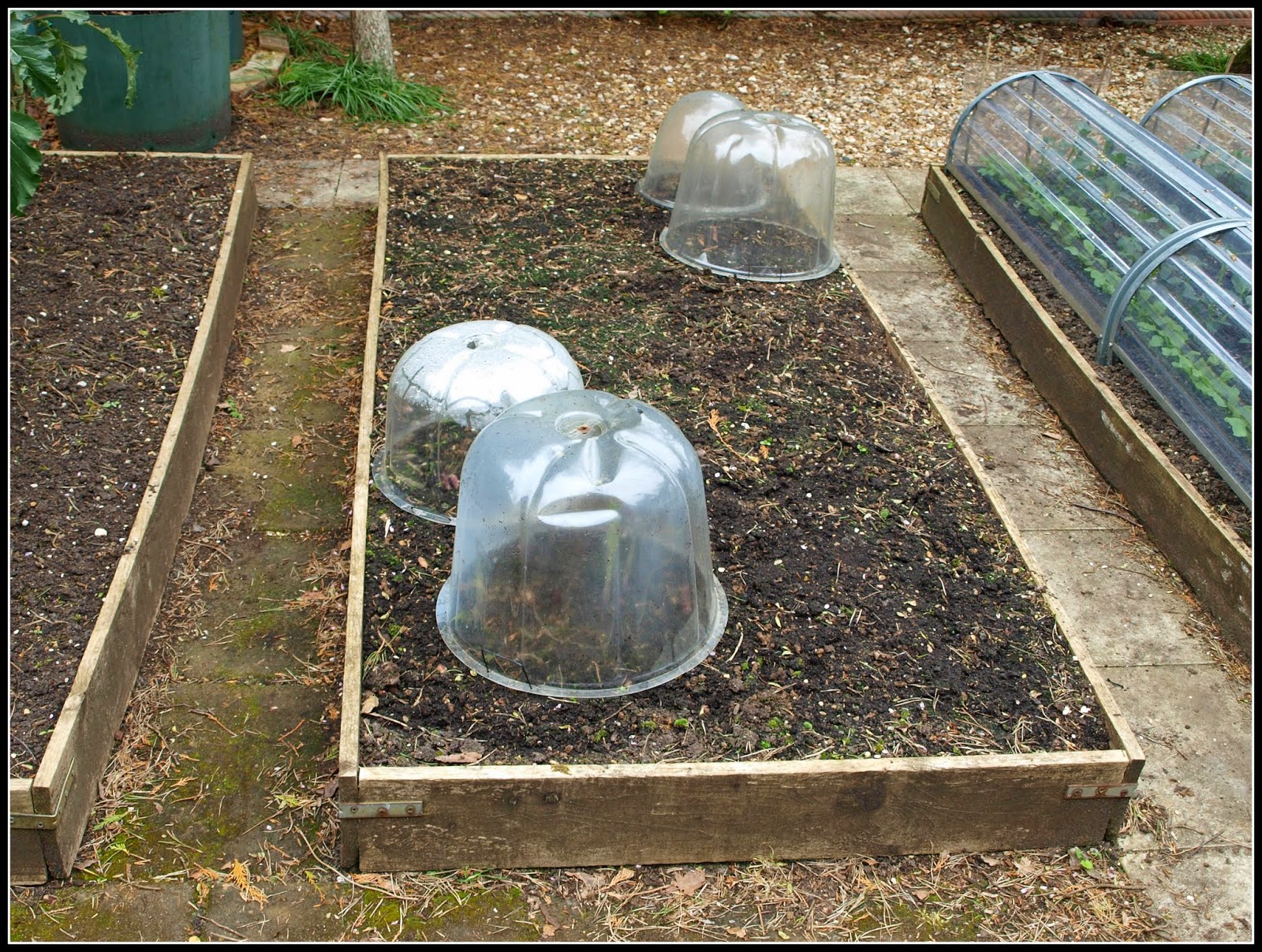 I harvested the first few spears earlier this week: 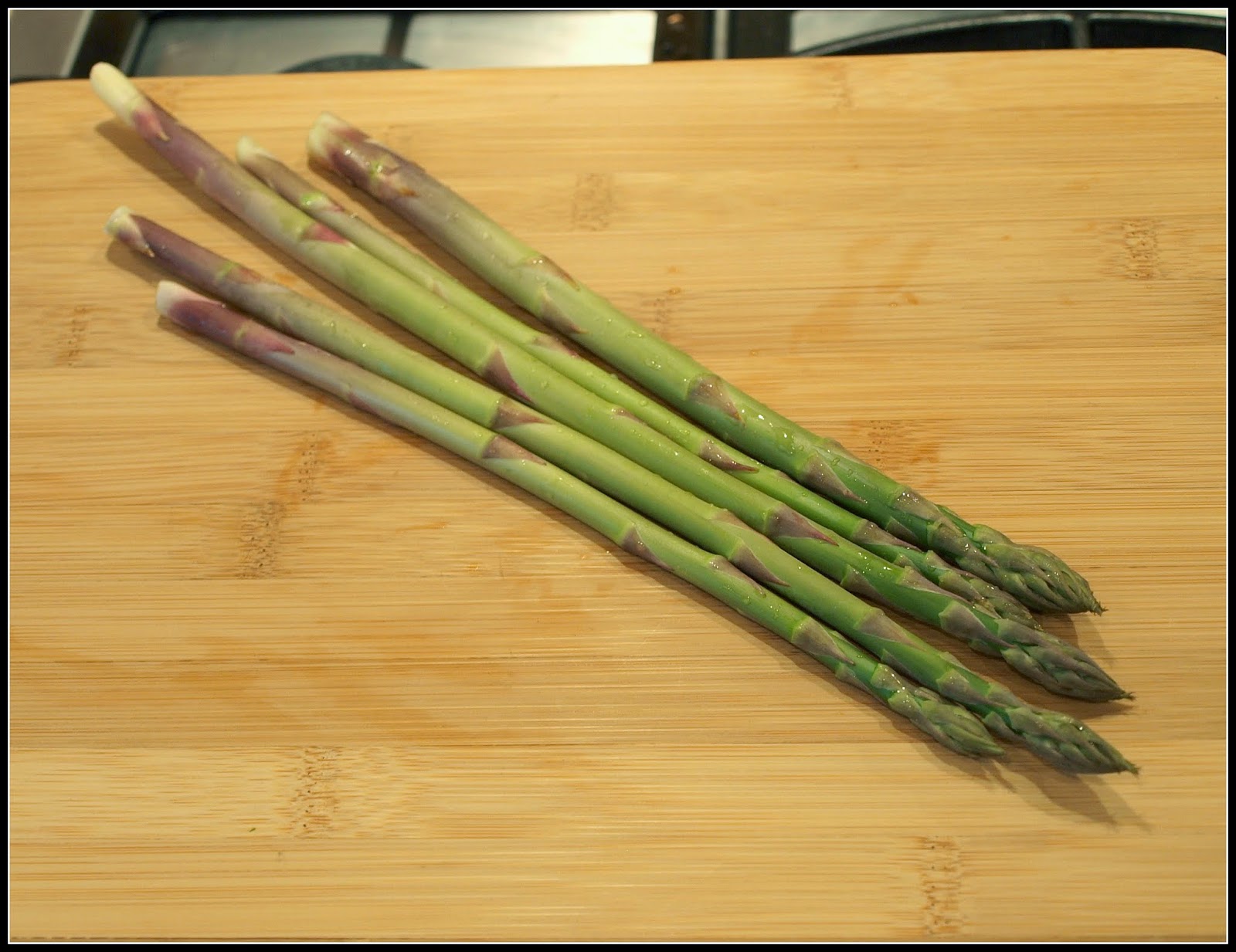 Now this is something from which a cloche has recently come off:- 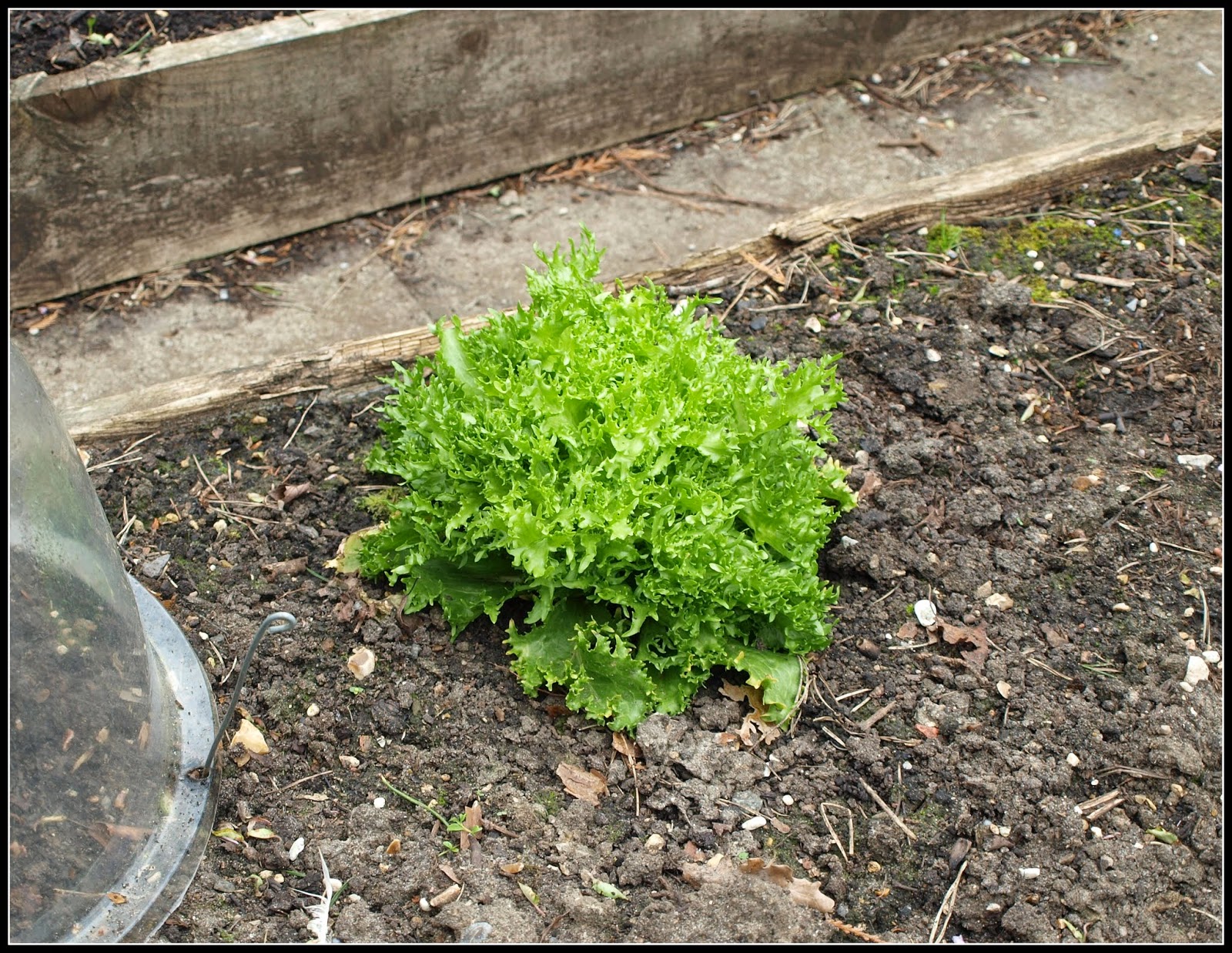 It is a Curly Endive. It's not very big, but it is one that has survived the Winter and I think if I leave it any longer it will bolt, so I am going to blanch it now, prior to harvesting it. 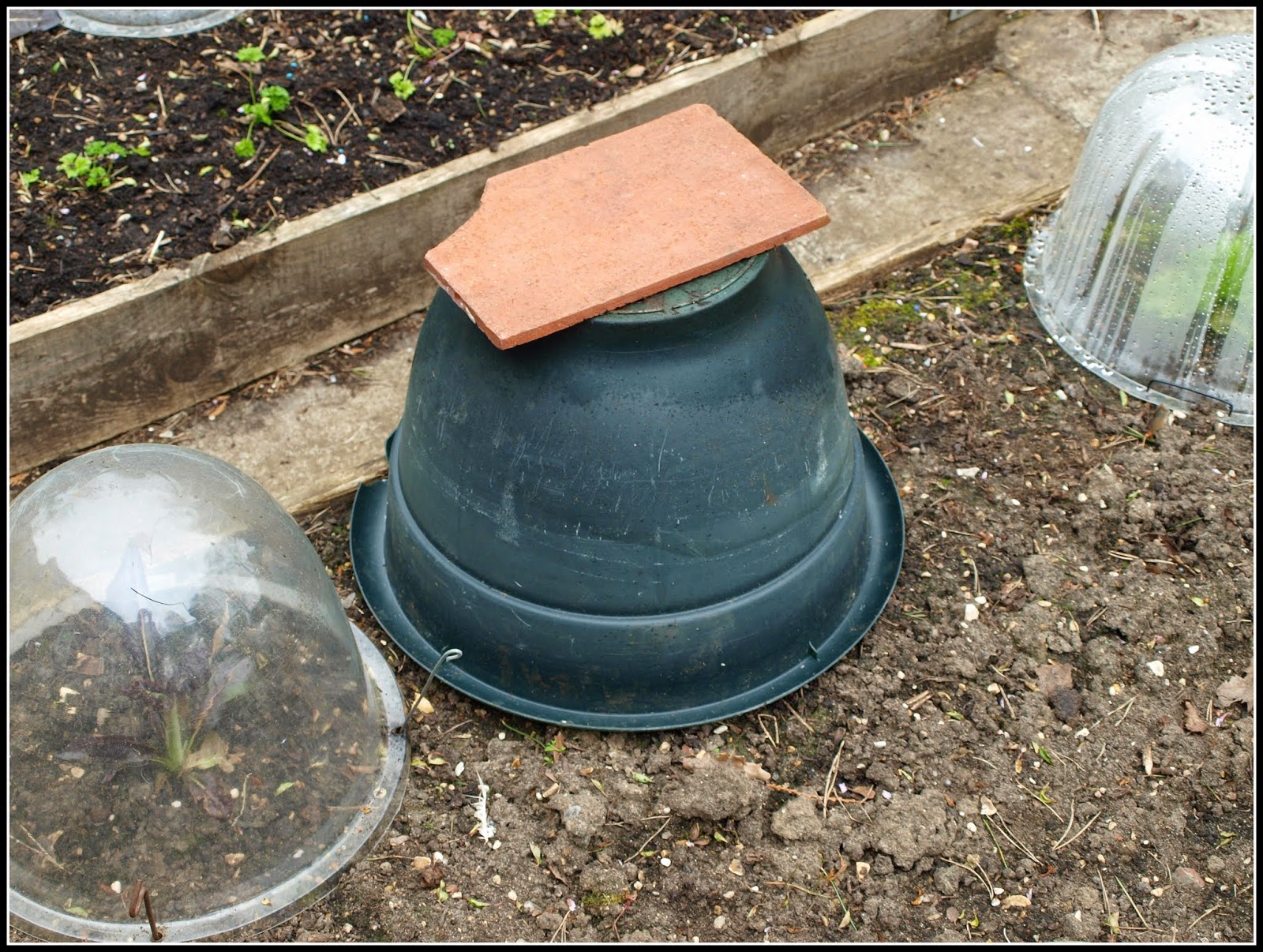 Blanching, which makes the Endive sweeter, is achieved by excluding light. As you can see, I have covered the Endive with an upturned large flower-pot, whose drainage holes I have blocked with a piece of old tile. Over the course of the next 10 to 14 days the leaves of the plant will go pale, and it will then be ready to cut.
Posted by Mark Willis at 12:00