The weather last weekend was amazingly good for the end of March. Our temperature reached 20C, and we had many hours of sunshine. Good gardening weather!

I decided that the time had come to give my "Longrow" cloches a clean, since they were were dirty and covered in green algae. Cloches like that don't let enough light through, and are probably doing more harm than good. So out came the hosepipe and brush...

I reckoned that it would be easier to clean the cloches if I took them off the raised bed, onto the shingle. This was a good decision because the cloches proved to be a lot more difficult to clean than I had thought, and I used a fair bit of water. 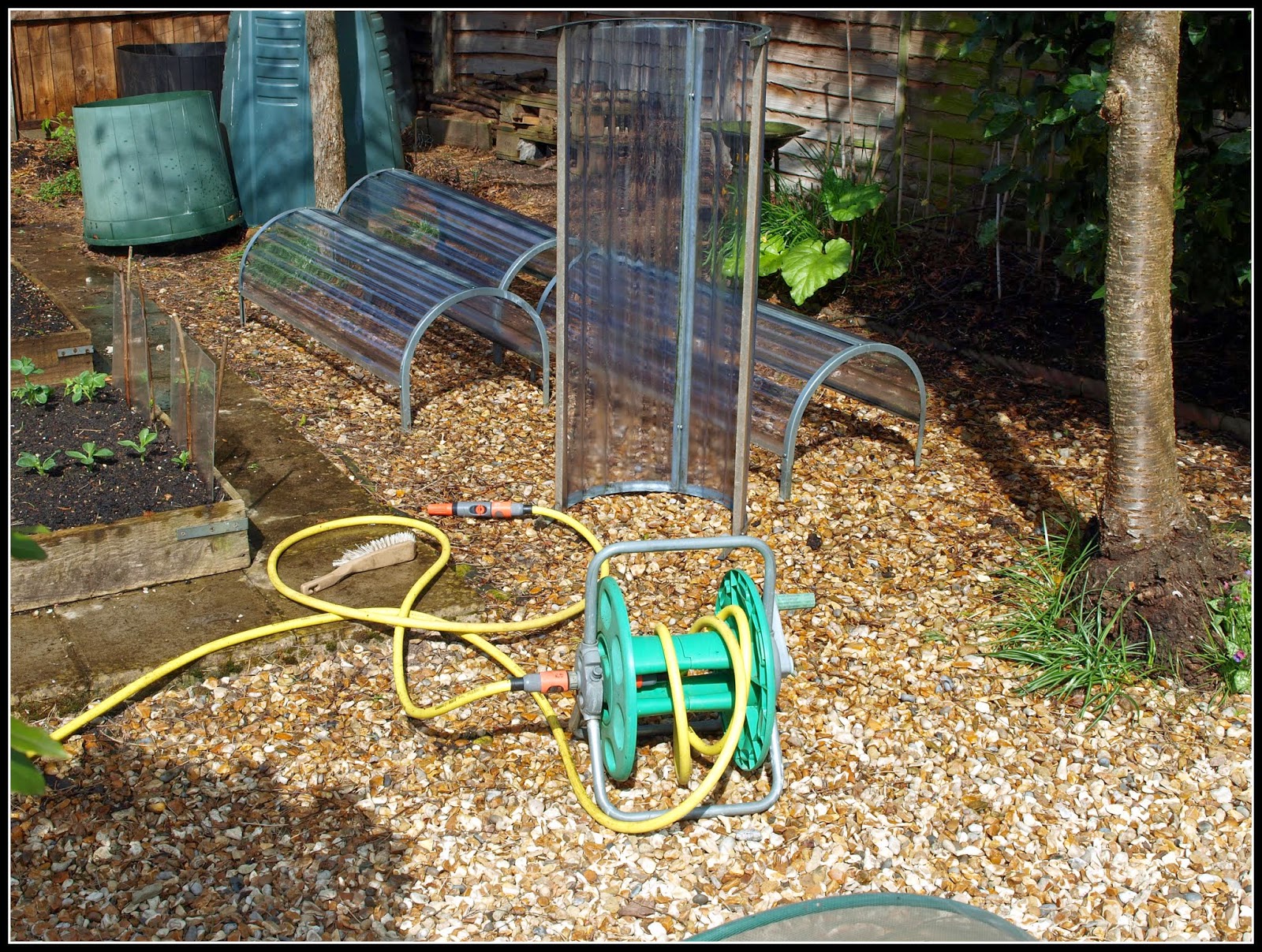 I had thought that most of the dirt and algae would come off fairly easily, but I was wrong, and I had to do a lot of scrubbing with a stiff brush.

Having removed the cloches I was able to have a good look at the Broad Beans underneath. Both rows are looking pretty good, with no germination failures at all. I wrote a short while ago about replacing a "runt" which had failed to grow at the same pace as its siblings, but other than that everything seemed OK, and I think it is unlikely that I will need any of the spares I sowed at the ends of the rows:

As intended, one row of beans is a lot further advanced than the other. Successional sowing is much better than sowing everything at once - unless of course you are growing for the freezer and actually want all your beans to mature at the same time.﻿ 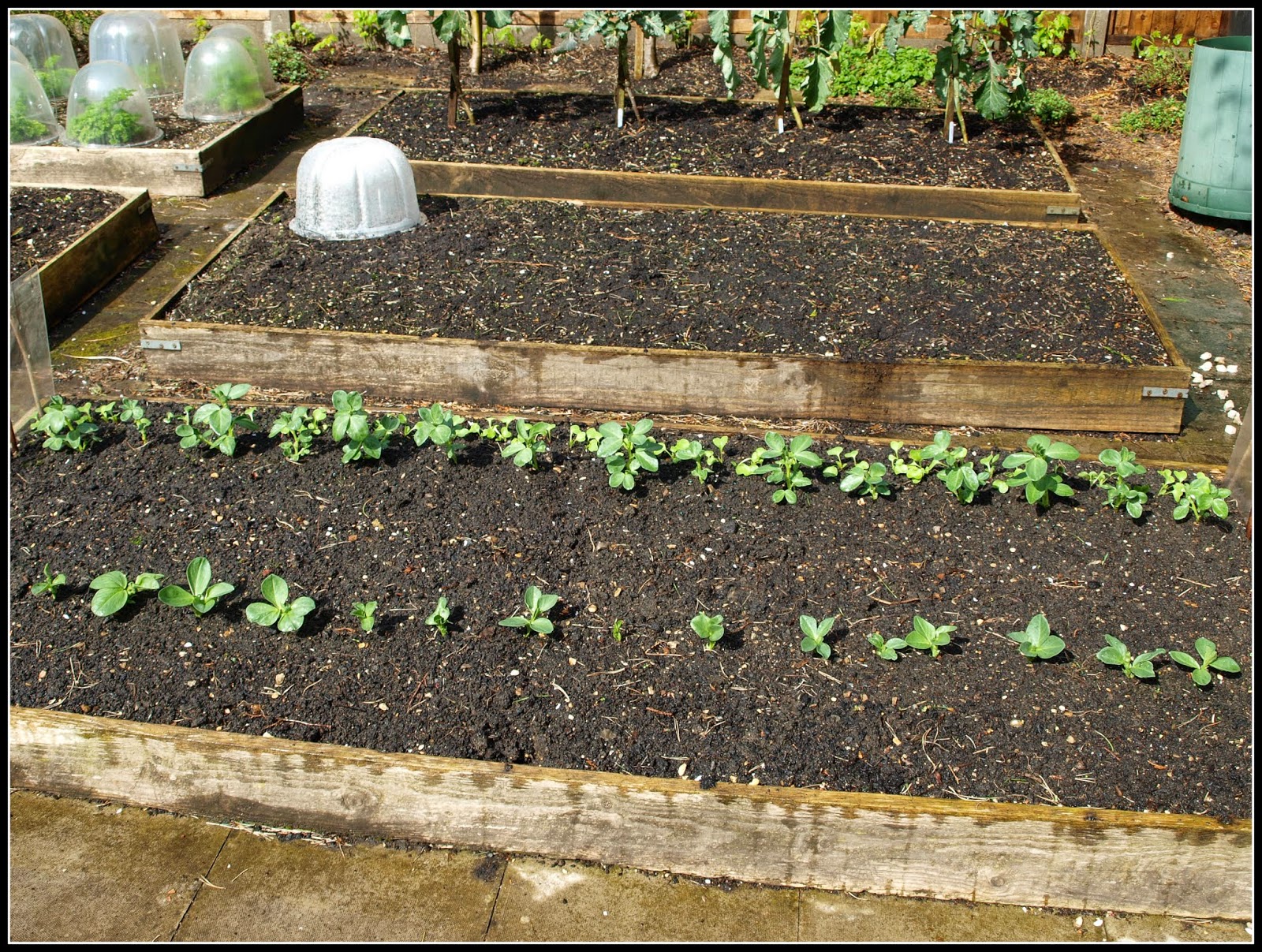 The row in the front of the photo above is comprised of a mix of "Aquadulce" and "Witkiem Manita" beans, both types left over from last year. I was a bit concerned that these might not germinate well, since I had already used the best beans from the packets, and these remaining ones were two years old at least. The plants are a bit variable in size, some of them being quite big already whilst others have only just come through the soil, but that may be all to the good since it may help me to achieve a staggered harvest. The row at the back was the first one sown. It consists solely of "Stereo" beans.

As explained the other day, each row of beans is accompanied by a row of Radishes. The ones alongside the "Stereo" beans are quite big by now, but the ones next to the mixed row are only just breaking through the surface of the soil and are not visible in my photos. 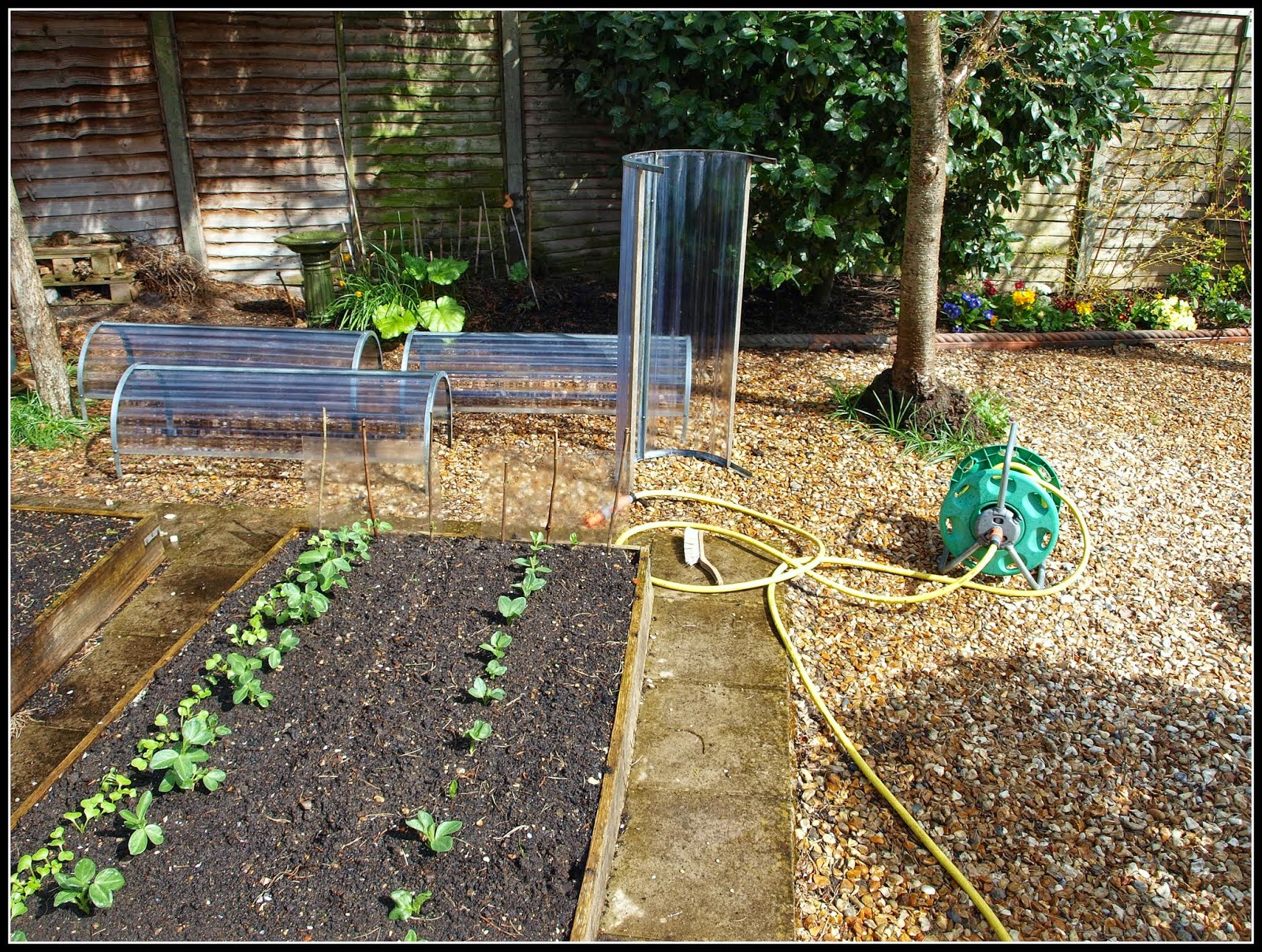 The soil in that bed was very dry, so while I had the hosepipe out, I gave it a good watering. With warm sunshine, a nice long drink and lovely clear cloches to protect them, those beans must be feeling pretty smug now!
Posted by Mark Willis at 12:00