During the first half of April the plants in my garden have grown very rapidly, helped by mild temperatures and a fair bit of sunshine.

The potato plants are growing at a rate that is almost visible to the human eye, and some of the foliage is amazingly beautiful:


The plastic "seedling greenhouse" has been earning its keep, protecting the plants from cool night-time temperatures. There hasn't been any frost recently, but it could happen at any time still. 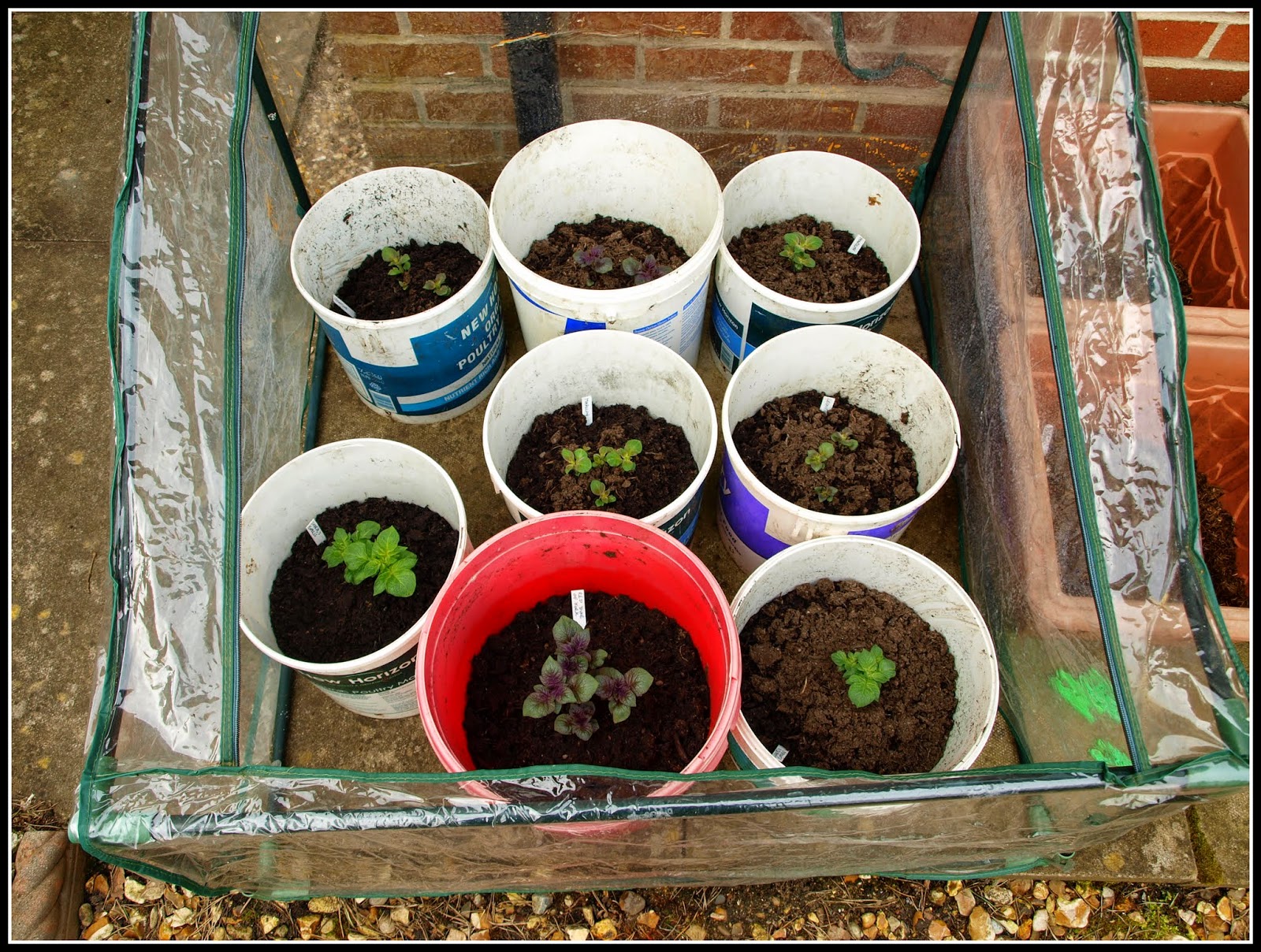 Just about time for more earthing-up, I reckon... 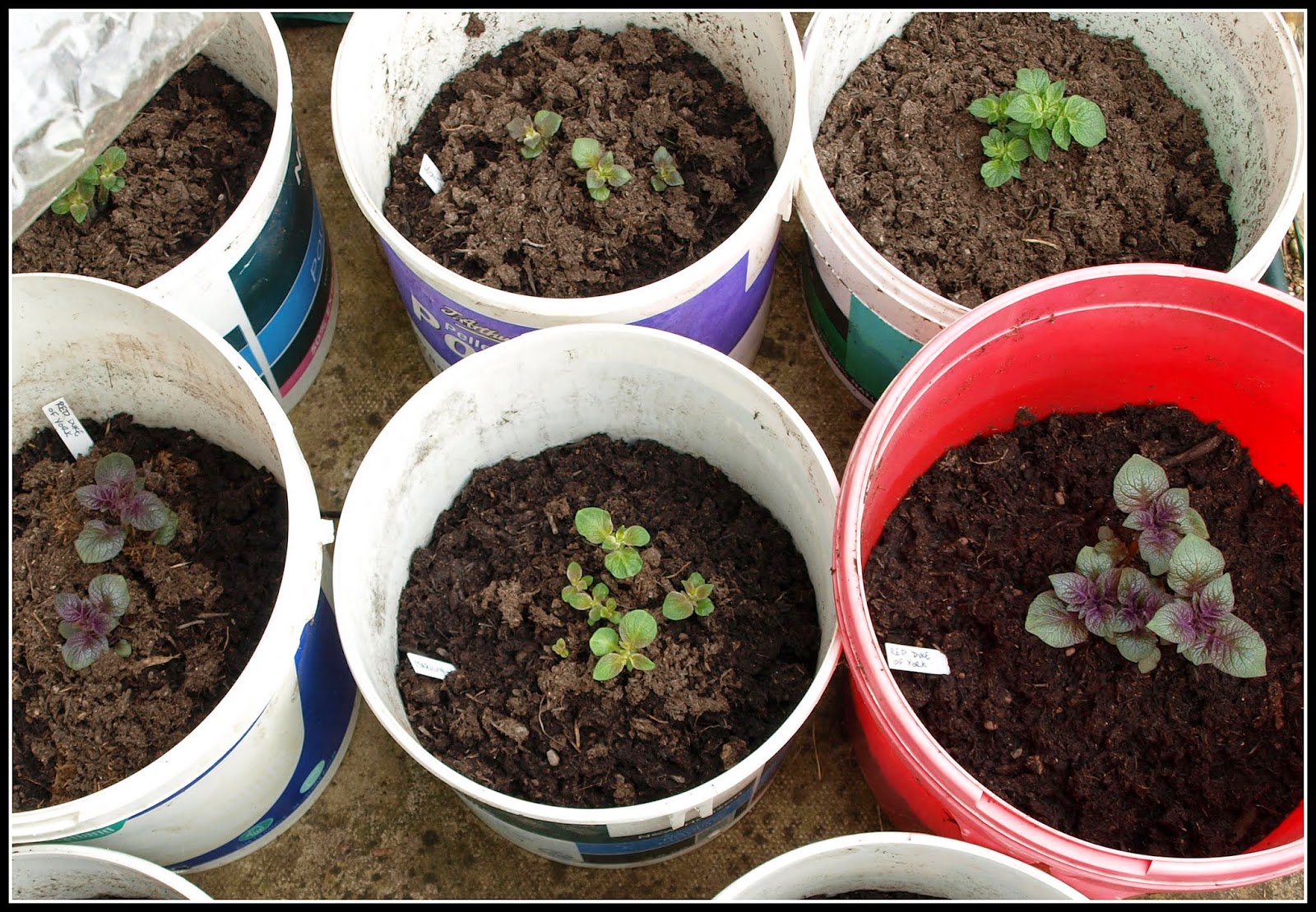 The Asparagus is not doing too badly either. It looks as if I will have a better crop this year - which is just as well, since I had told it that if it didn't buck its ideas up I would be removing it this year! 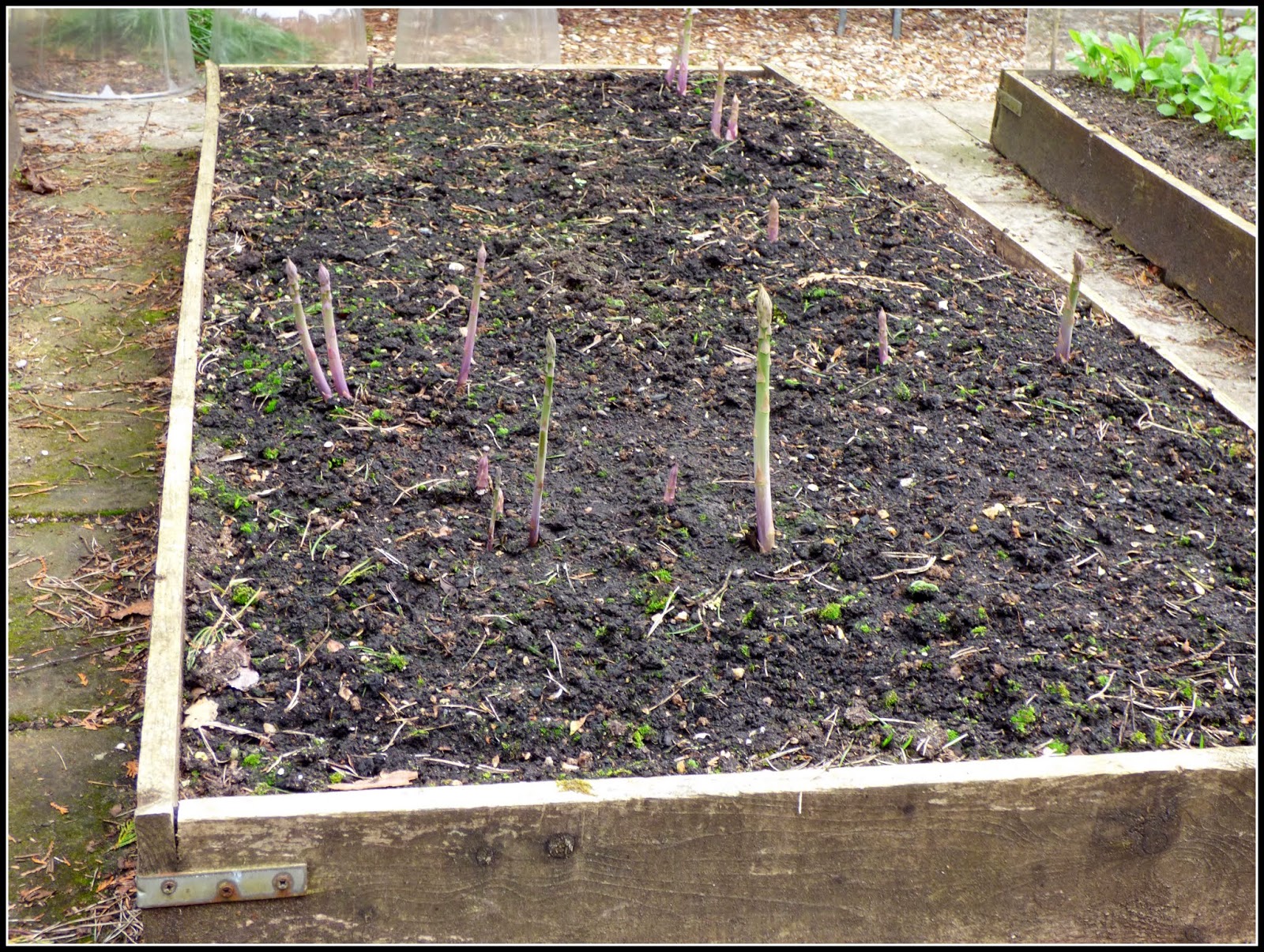 The tomato plants have grown a fair bit too. They will probably need transplanting into bigger pots over the Easter weekend. I have had them outdoors in one of the mini greenhouses during the daytime, to give them maximum light, but it is still too cold for them to be outdoors at night-time. 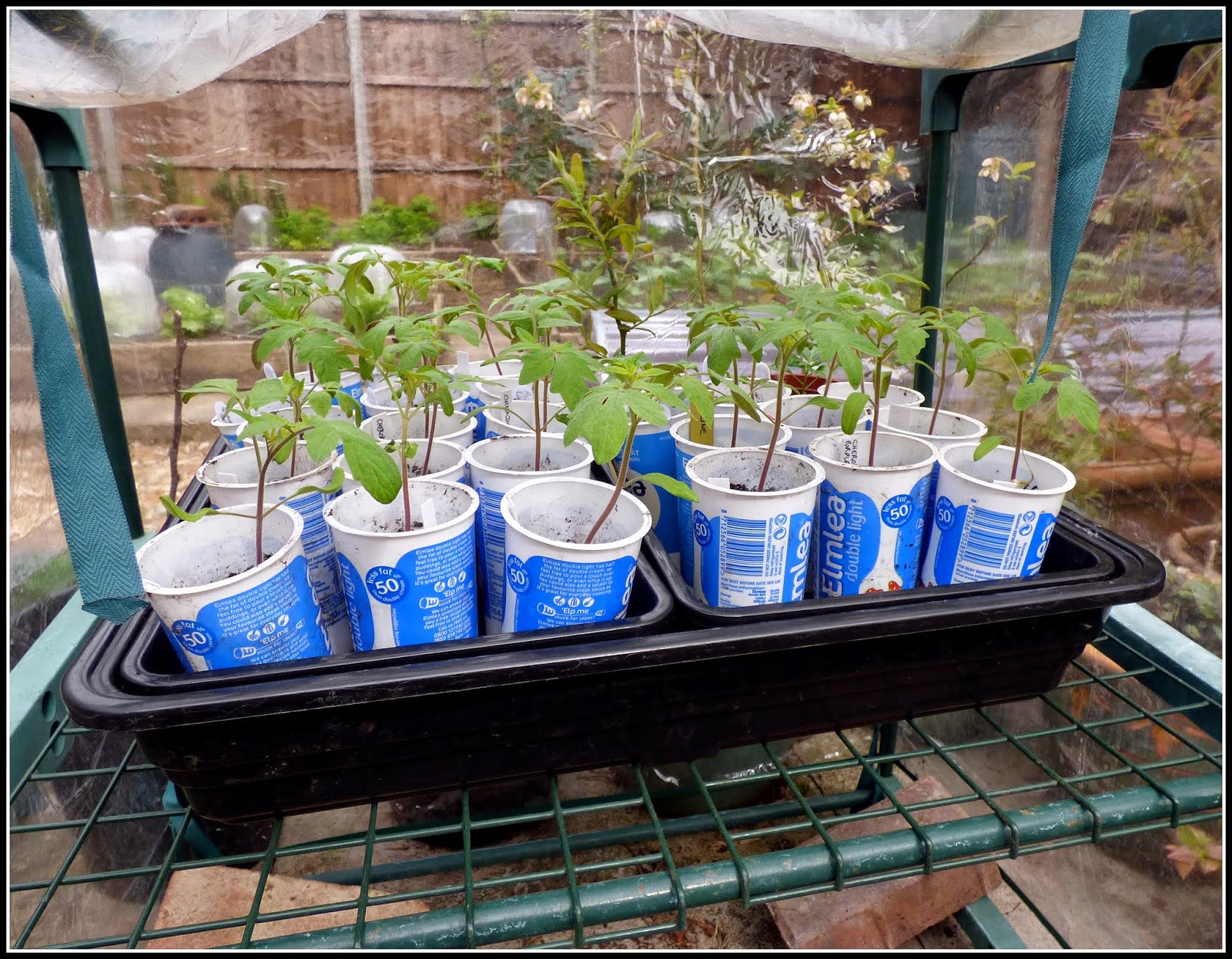 ﻿The plants around my micro-pond have shot up too: 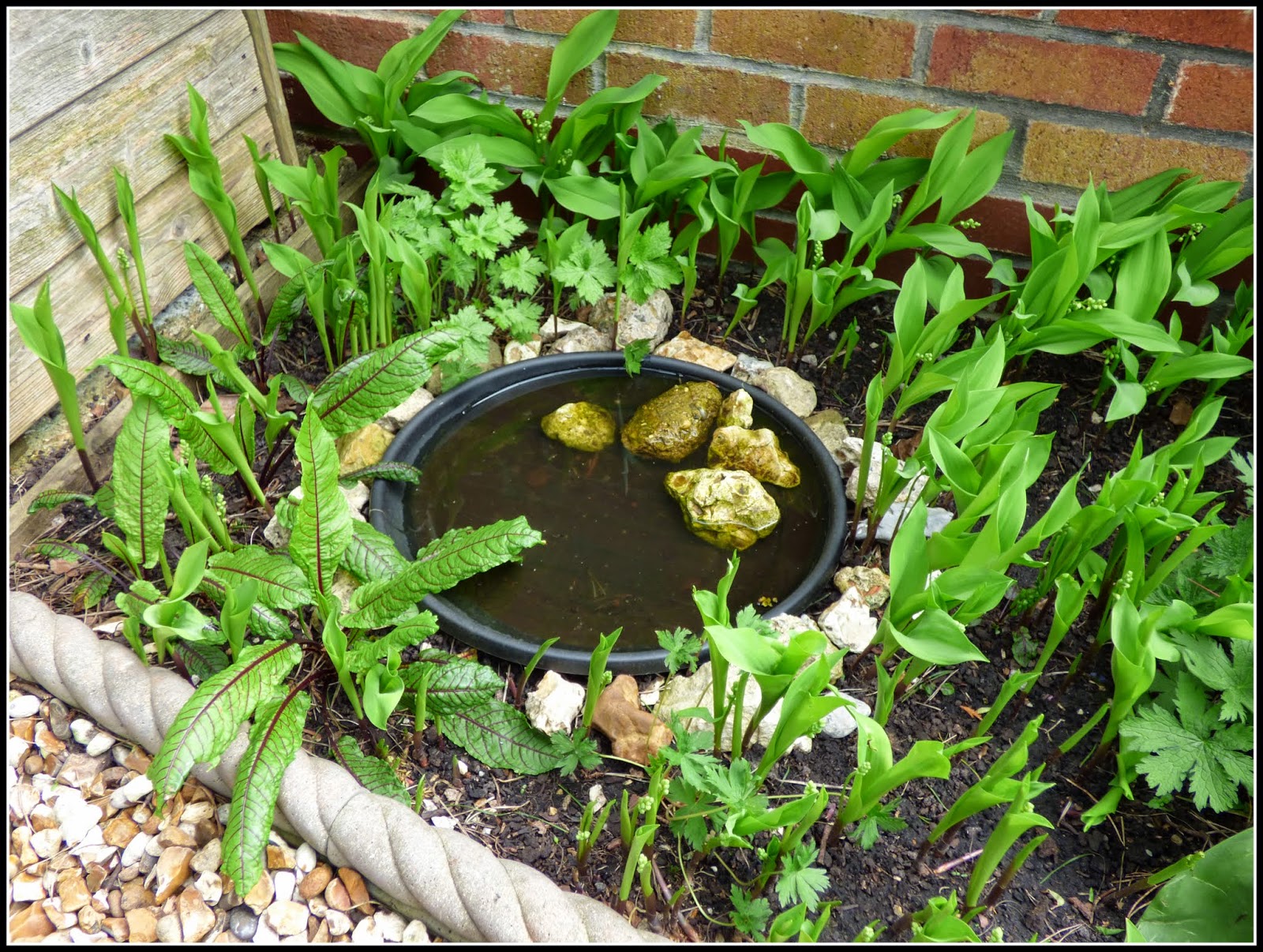 Most of that lot is Lily of the Valley, but there are also some Hardy Geraniums, and some Red-veined Sorrel.

Over by the fence, the "Autumn Bliss" Raspberries are coming up strongly. Last year was a very poor year for Raspberries, so I'm hoping for a better result this time. 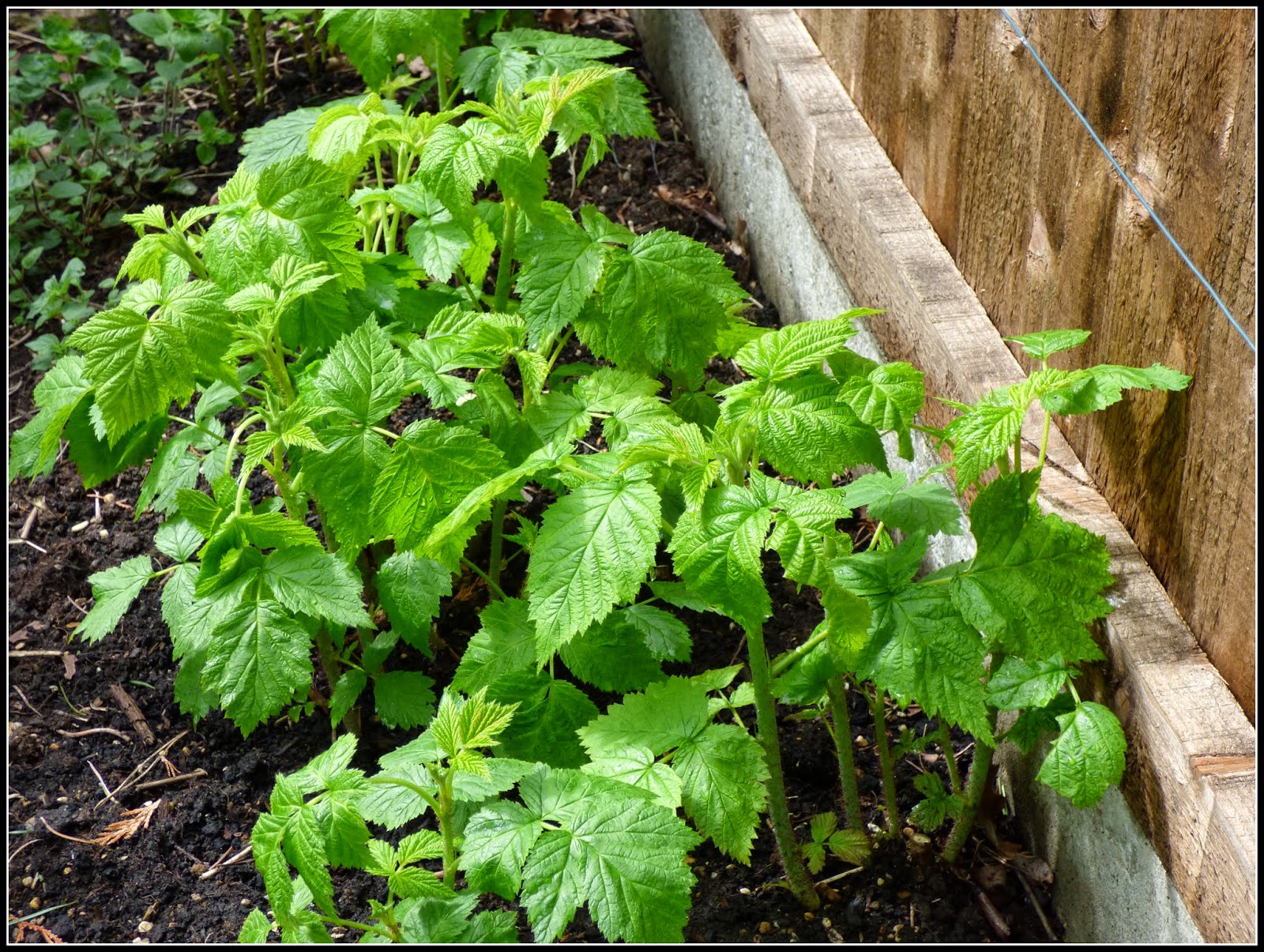 My clump of Wild Garlic has been decimated since this photo was taken. It had grown so strongly that I felt justified in picking enough of it to make a small batch of Wild Garlic Pesto. 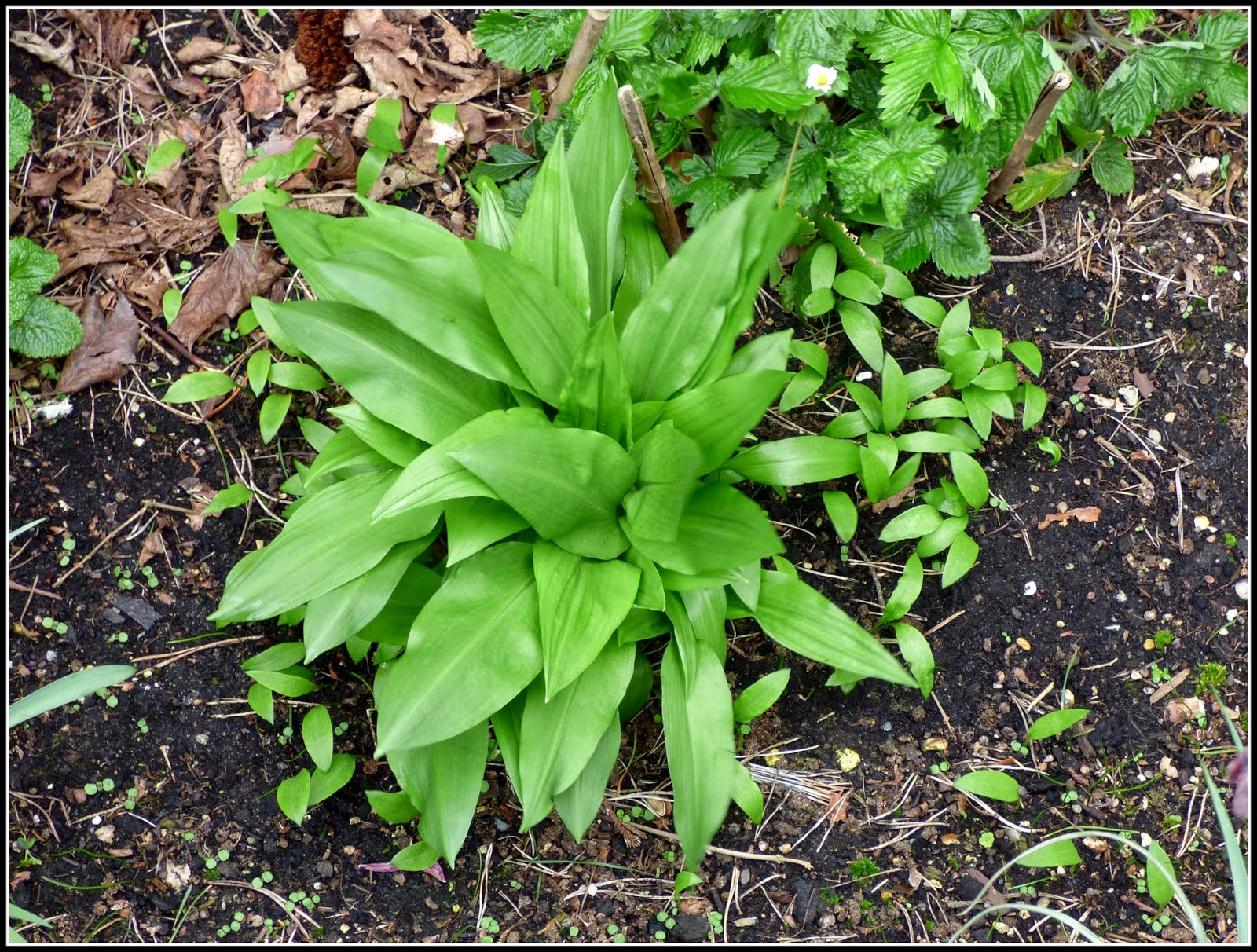 The photo shows very clearly that the Wild Garlic is spreading-out rapidly. Just look at all those little babies! I don't know how they got there (birds?) but tiny seedlings of Wild Garlic have appeared all over the garden, so I am keeping a watchful eye for them, and removing all those I find except for the ones in close proximity to the parent plant.﻿
Posted by Mark Willis at 12:00