Too soon for Spring Cleaning?

Yesterday I had a day off work and since for at least part of the day it didn't rain, I used the opportunity to tidy the garden a bit. With all the bad weather recently I have had precious little time in the garden. Even yesterday it was only dry and sunny for about 3 or 4 hours, and my gardening stint was cut short by the return of rain. The garden was full of twigs and soggy wet leaves, so my first task was to remove as many as possible of these.

As I gradually removed the carpet of leaves, I found lots of bulbs coming up through the soil. Having been starved of light, they were all blanched a pale yellow colour, like these Tulips: 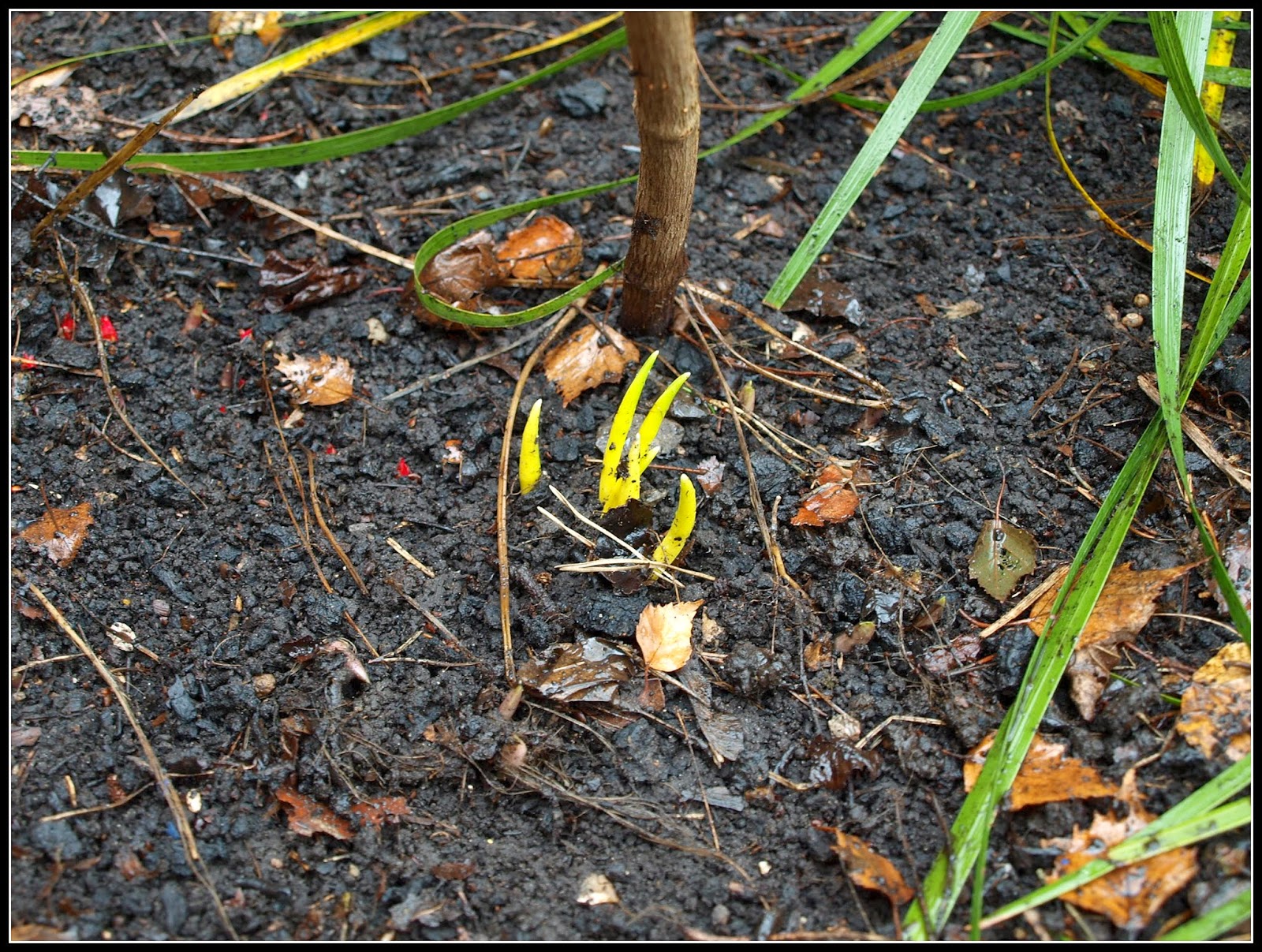 Wherever I found a clump of bulbs I pushed in a couple of sticks - firstly to mark them for future reference, and secondly to dissuade the local cats from digging them up. When the bulbs get bigger I will remove the sticks. 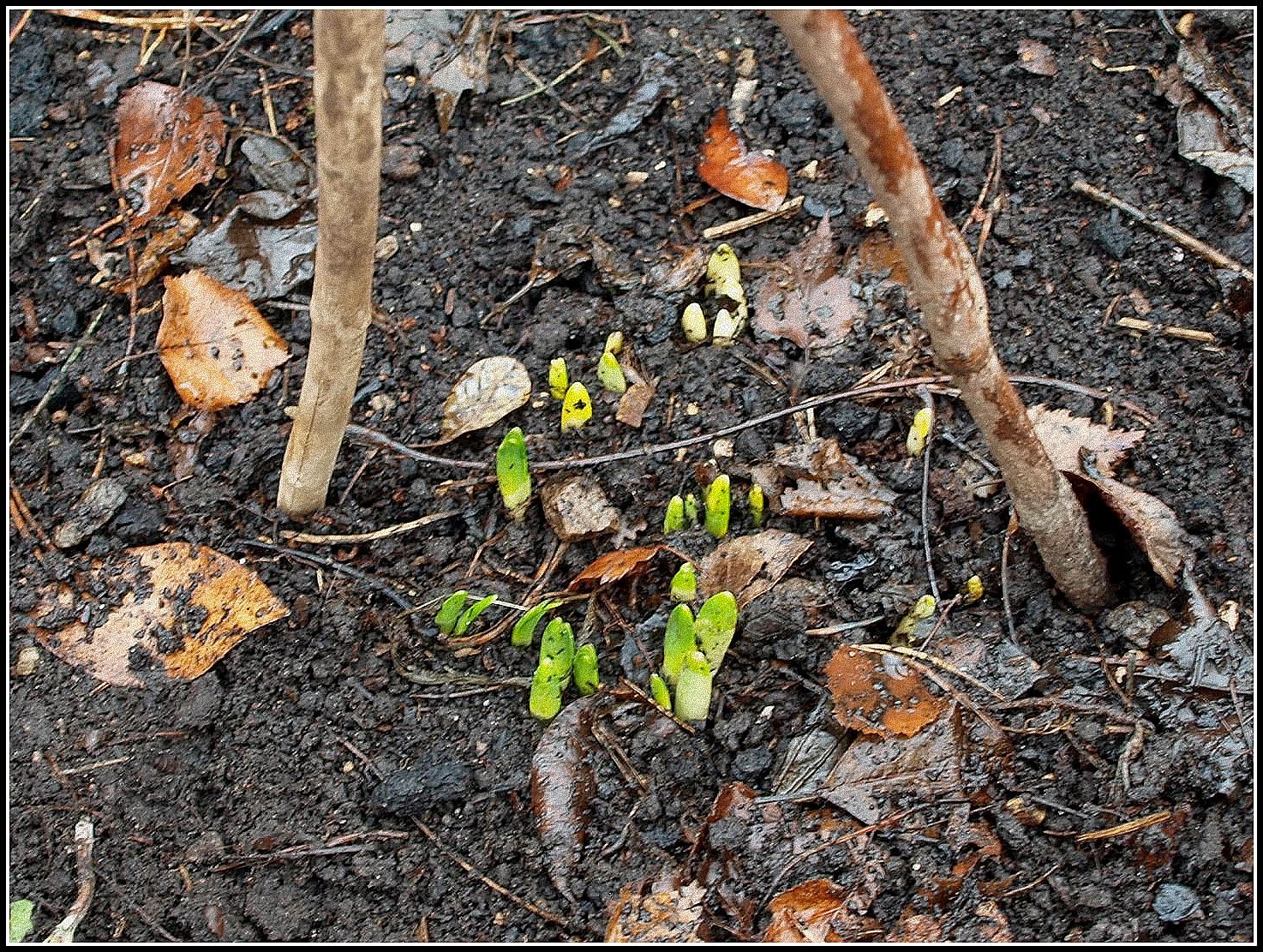 ﻿
I tidied-up the area round the micro-pond too. I see lots of Red-veined Sorrel putting up new growth here, and a few Hardy Geraniums, so hopefully the harsh lines of the plastic pond will soon be "softened" once more. 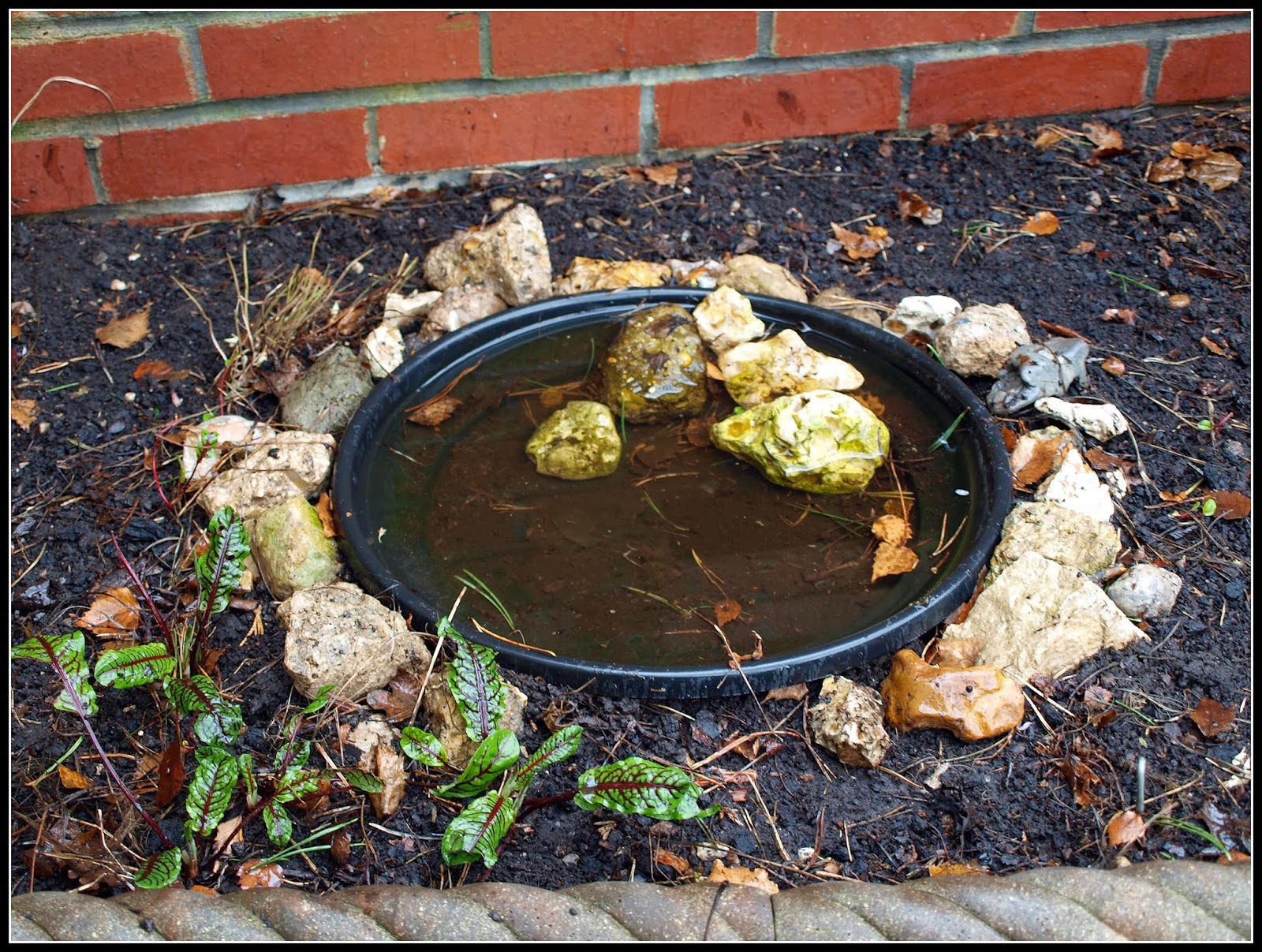 Next to attract my attention was the little patch of Ferns, which was looking very ragged, so I have given it the "Short back and sides" treatment: 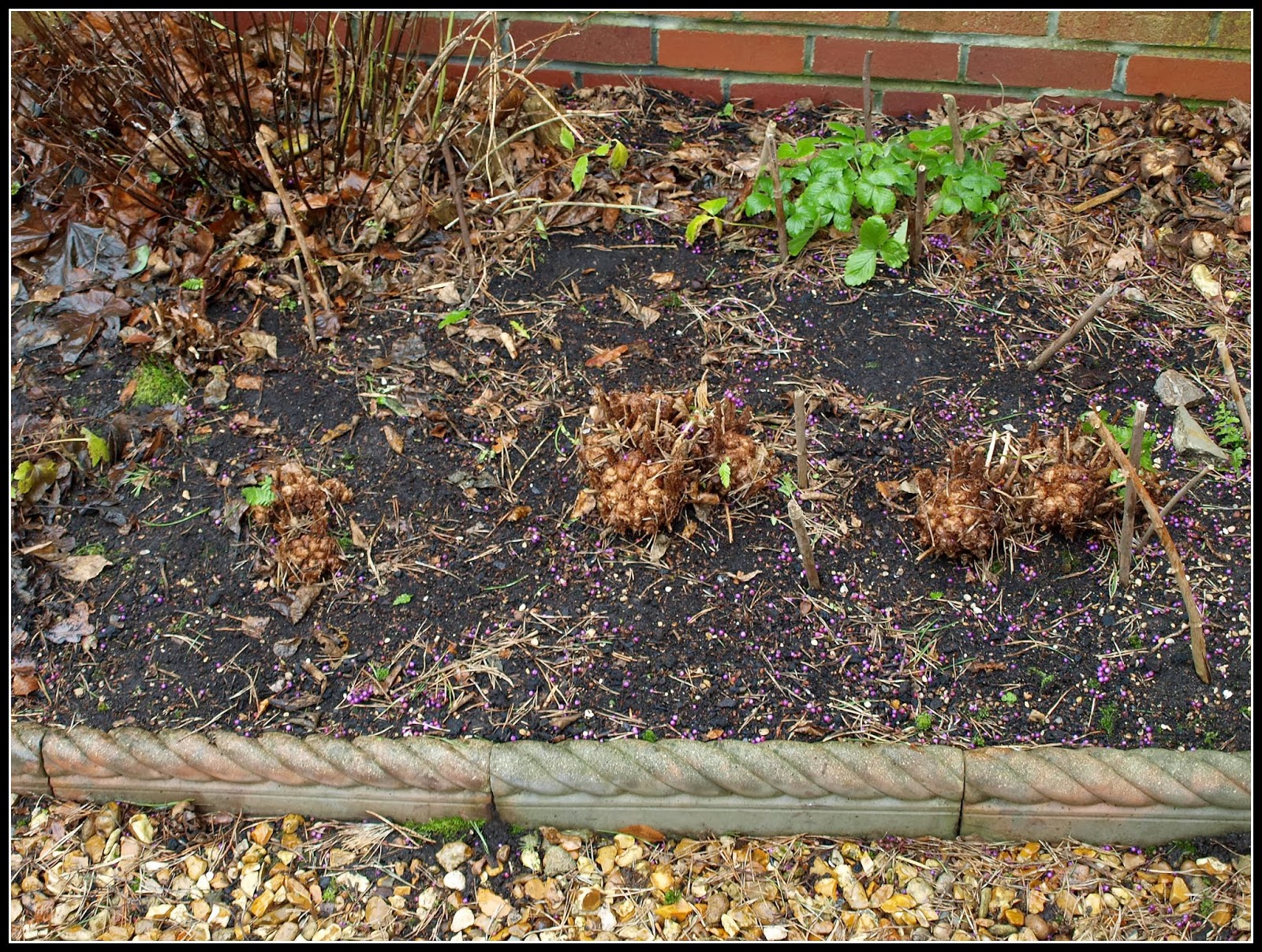 I particularly wanted to clear this area because very soon the Snakeshead Fritillaries will start to come up. Last year, after they had flowered I scattered the seeds from them very comprehensively over this little patch. The idea is that they have their turn in the limelight before the ferns put up new growth which will conceal them. The Fritillaries are quite delicate flowers and I don't want them to be over-shadowed. There are loads of purple Callicarpa berries on the ground here too. I expect now that my trimming of the ferns has revealed them, the Blackbirds will soon eat them. 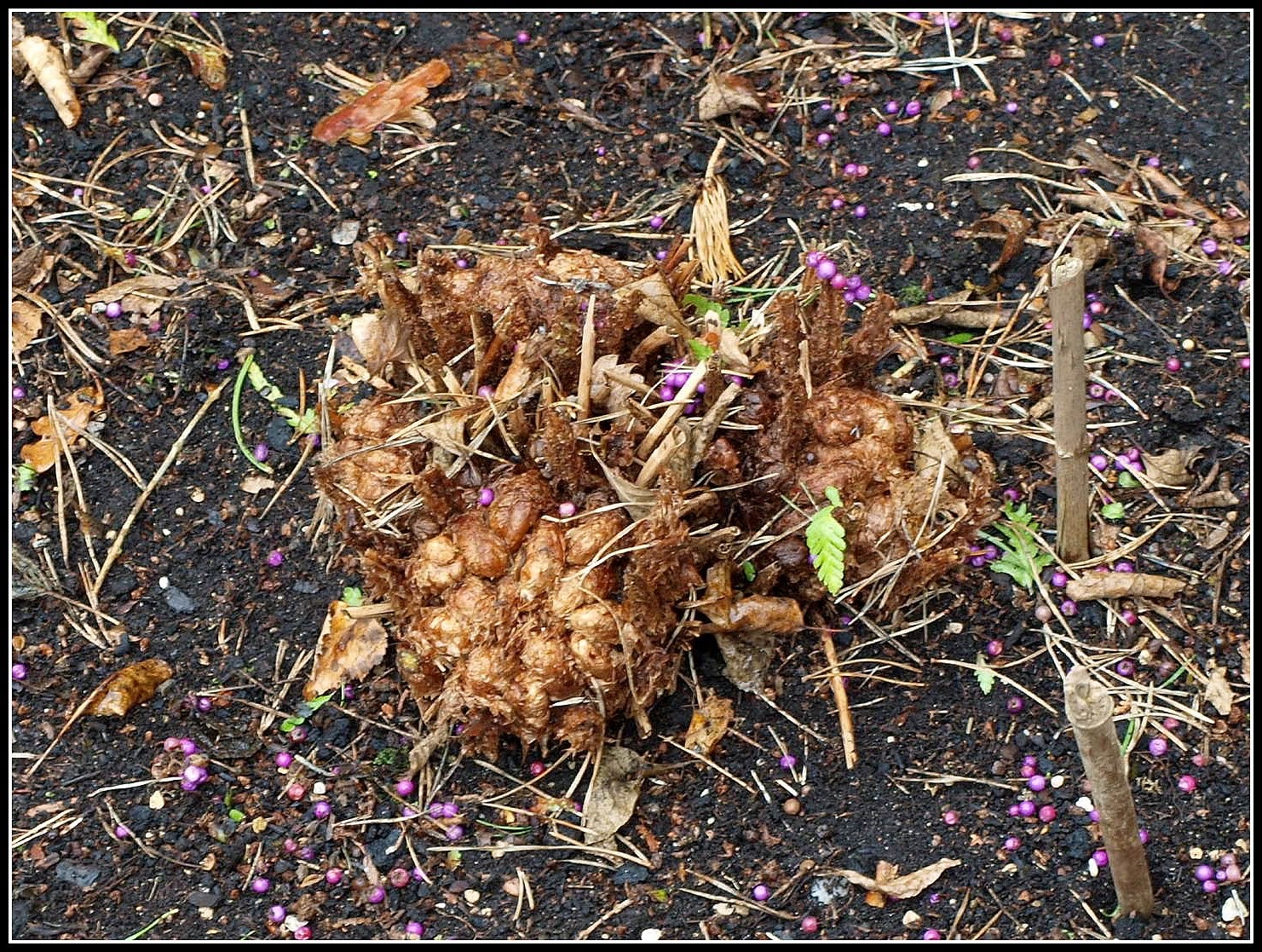 ﻿
I have also tidied up the Strawberry plants, which I have got in containers for want of space elsewhere. I removed all the debris (large numbers of pine-needles, for instance) and trimmed off all but a few of the youngest leaves. 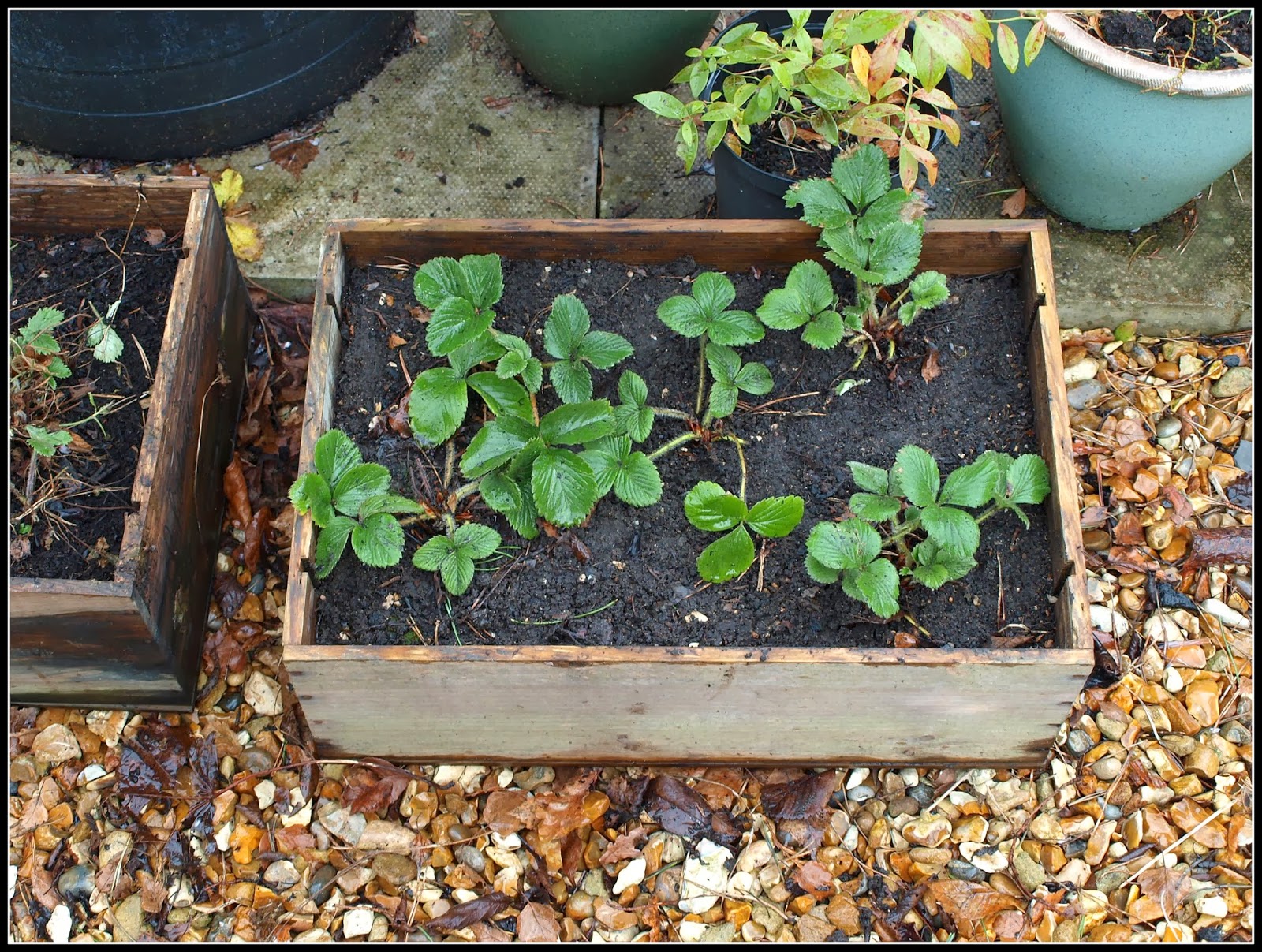 The potted flowers got the treatment too. Last year I bought several flowering perennials and planted them in big pots, like this Rudbeckia. This plant has grown a lot in the past year, and I think if I wanted to I could probably already divide it into two, but I will leave it another year before I do so. 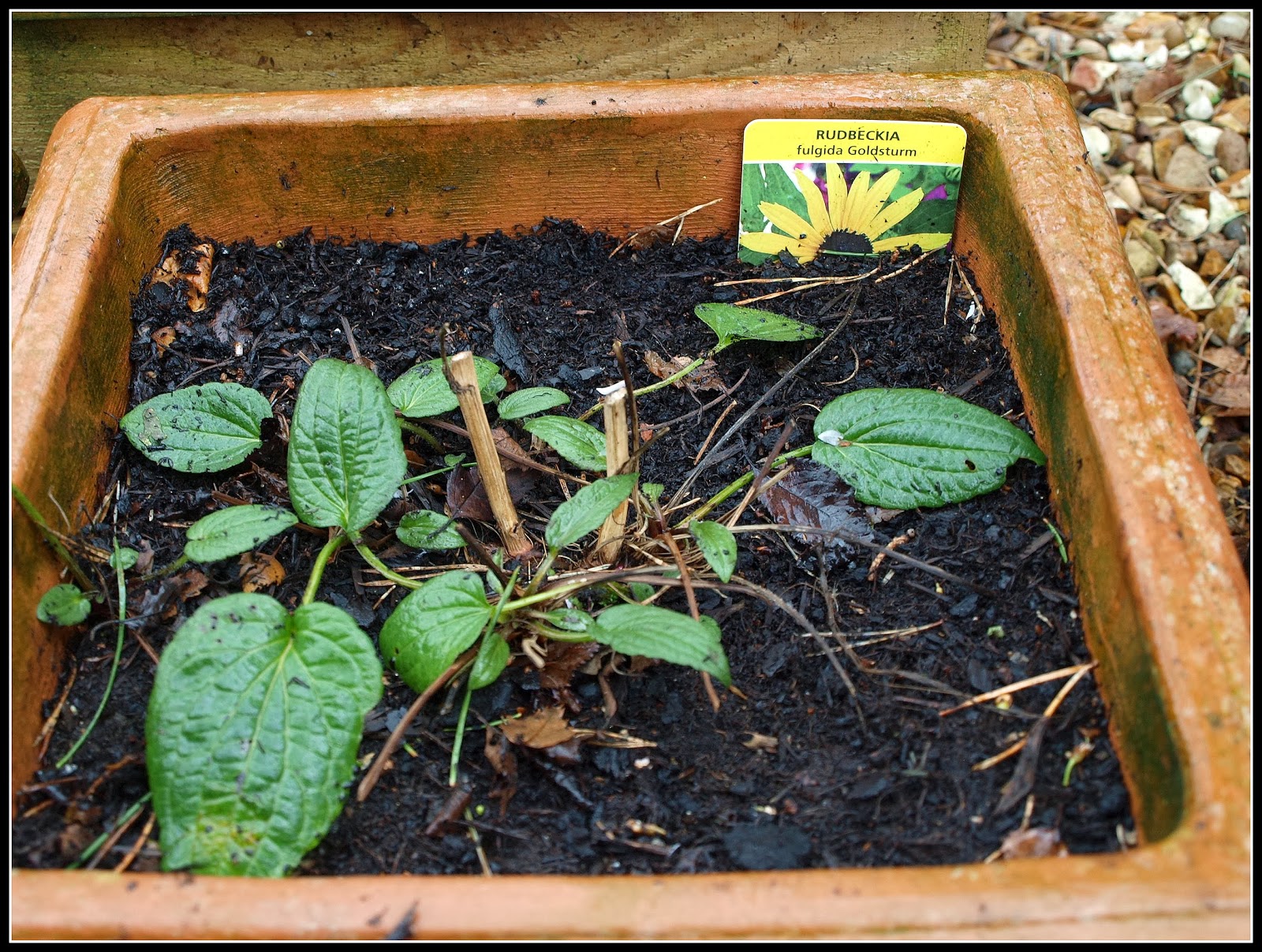 This Aquilegia just starting to produce new leaves is one grown last year from seeds kindly sent to me by my blogging friend David Ford. Since neither of us knew the official name of the variety, I named it after David. I'm hopeful that it will flower this year. 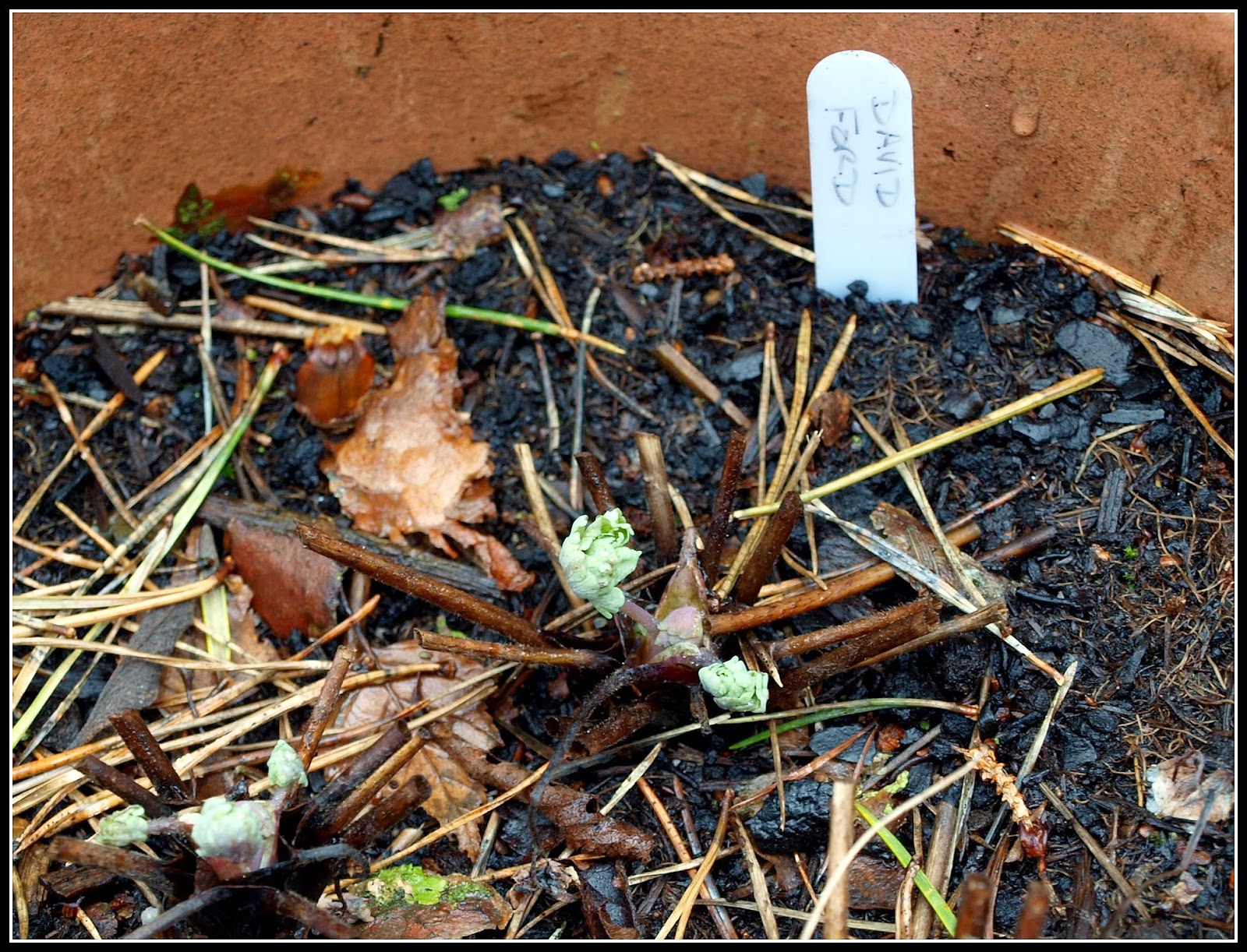 ﻿
﻿Well, my garden is looking a fair bit tidier now, but quite bare. I'm resisting the temptation to sow or plant anything though, since it's far too early. The temperatures have been much higher than normal for this time of the year, but it is distinctly possible that we will get some very cold weather in the next few weeks.