Bulbs are popping up everywhere!

My bulbs think that because the weather is mild it must be Spring, and hence time for them to flower.
As I was tidying up on Friday, I found this pot of "Tete-a-Tete" Daffodils by the front door, where it has been for months, slowly disappearing under the falling leaves. Once the leaves were removed the pale yellow leaves of the bulbs were revealed: 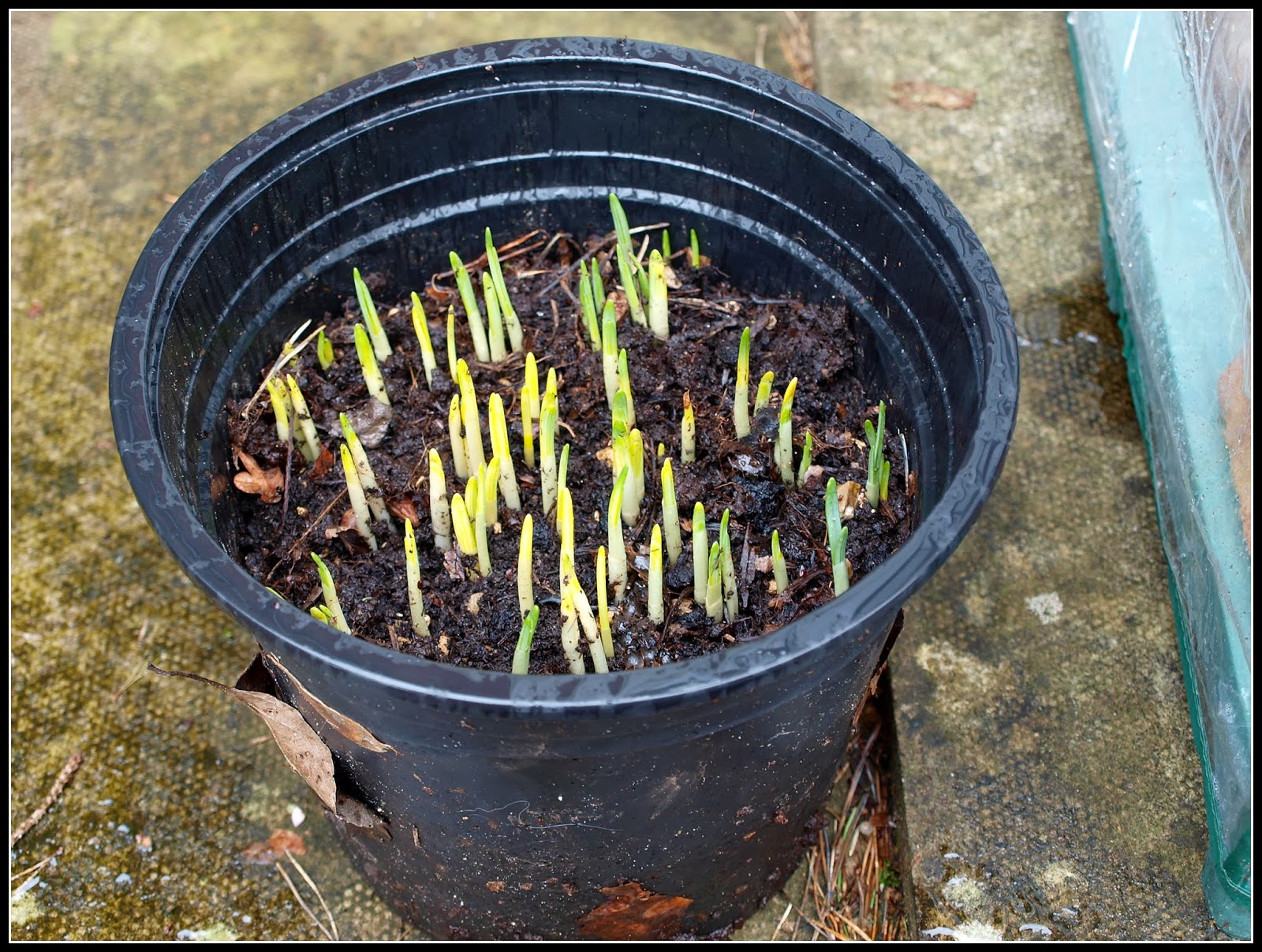 ﻿
Now that they can get some light, I'm sure they will green-up very rapidly.

I plant most of my bulbs in pots, so that I can move them around the garden - and easily remove them once they have finished flowering. Here are some of them, waiting in the wings ready to come on stage when their cue is given... 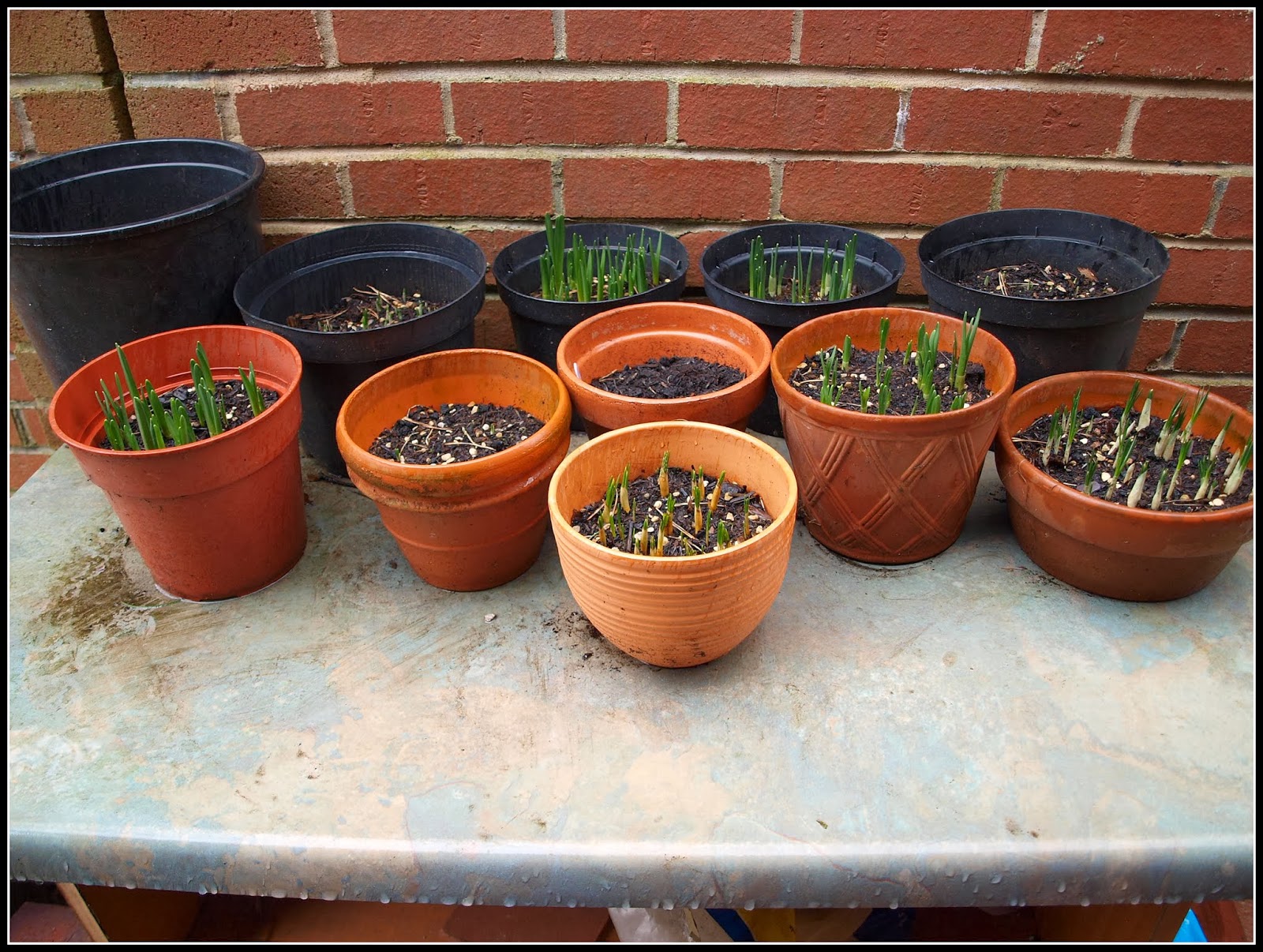 Some of my bulbs are in the borders though. Here are some, peeping up underneath the leaves of a Heuchera: 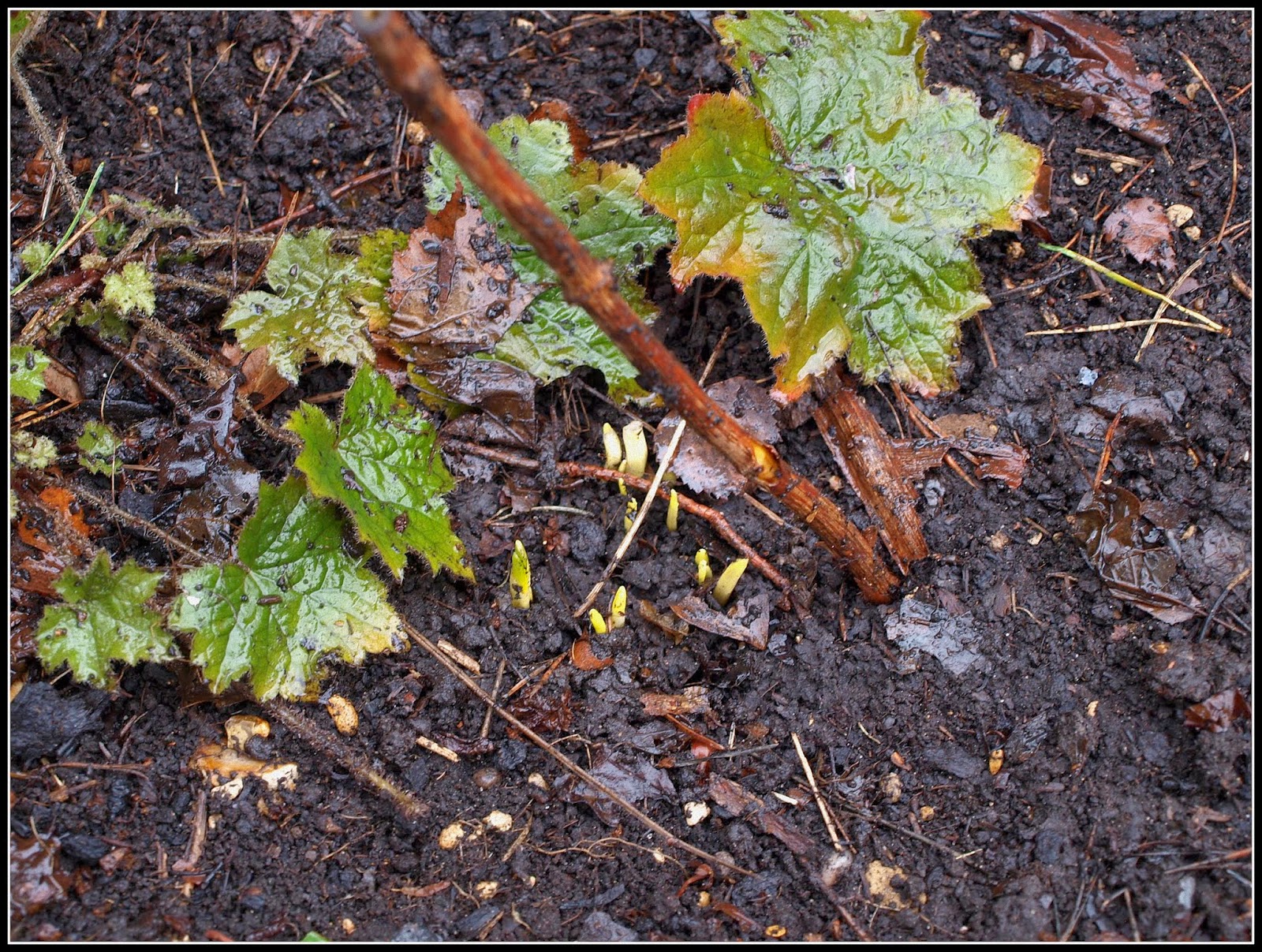 ﻿
The Heuchera itself is looking pretty bedraggled, having only recently been rescued from under a thick
carpet of soggy Maple leaves. Hopefully it will perk up now that it has some light.

First of my bulbs to flower this year will be the "Soleil d'Or" Daffodils that I brought back from the Isles of Scilly. Some of them look as if they will be open very soon:
﻿ 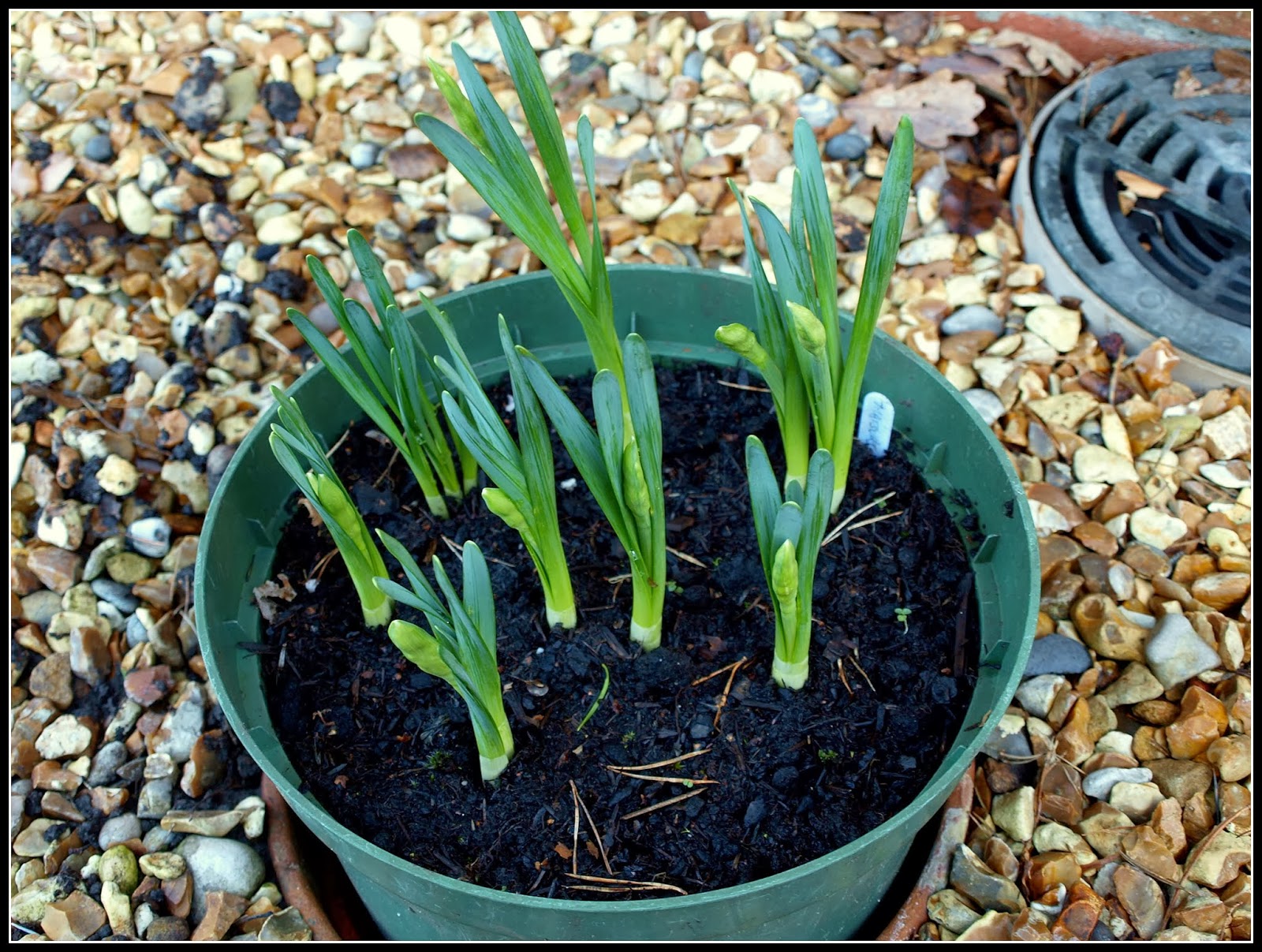