Having bought my seed potatoes last weekend, my mind has turned now to chitting..


"Chitting" is the process whereby prior to planting, seed potato tubers are allowed to form short sturdy shoots. My reason for chitting the potatoes is that it may lead to an earlier crop - I say "may" because this point is hotly debated! Some people also say that it you remove all but about three of the shoots that appear on the seed tuber you are likely to get a stronger plant and fewer but bigger potatoes. I like to grow my potatoes in pots, and I would rather have smaller plants and more (smaller) potatoes for cropping, so I leave all the shoots intact.

I hasten to add that chitting is not strictly necessary. Potatoes will grow well enough without being chitted, but it is one of those things that experienced gardeners do in order to improve their crops a little. One of the reasons that I do it is that my Dad always used to do it, and it seemed to work well for him, so I have adopted the technique too. I know that my daughters are already doing the same thing and I'm pretty sure the tradition will continue to at least one more generation...


Seed potatoes have one end which has most of the "eyes" which will produce the new shoots. Many potatoes are a sort of pear shape, and in this case the end with most eyes is usually the "blunt" end. 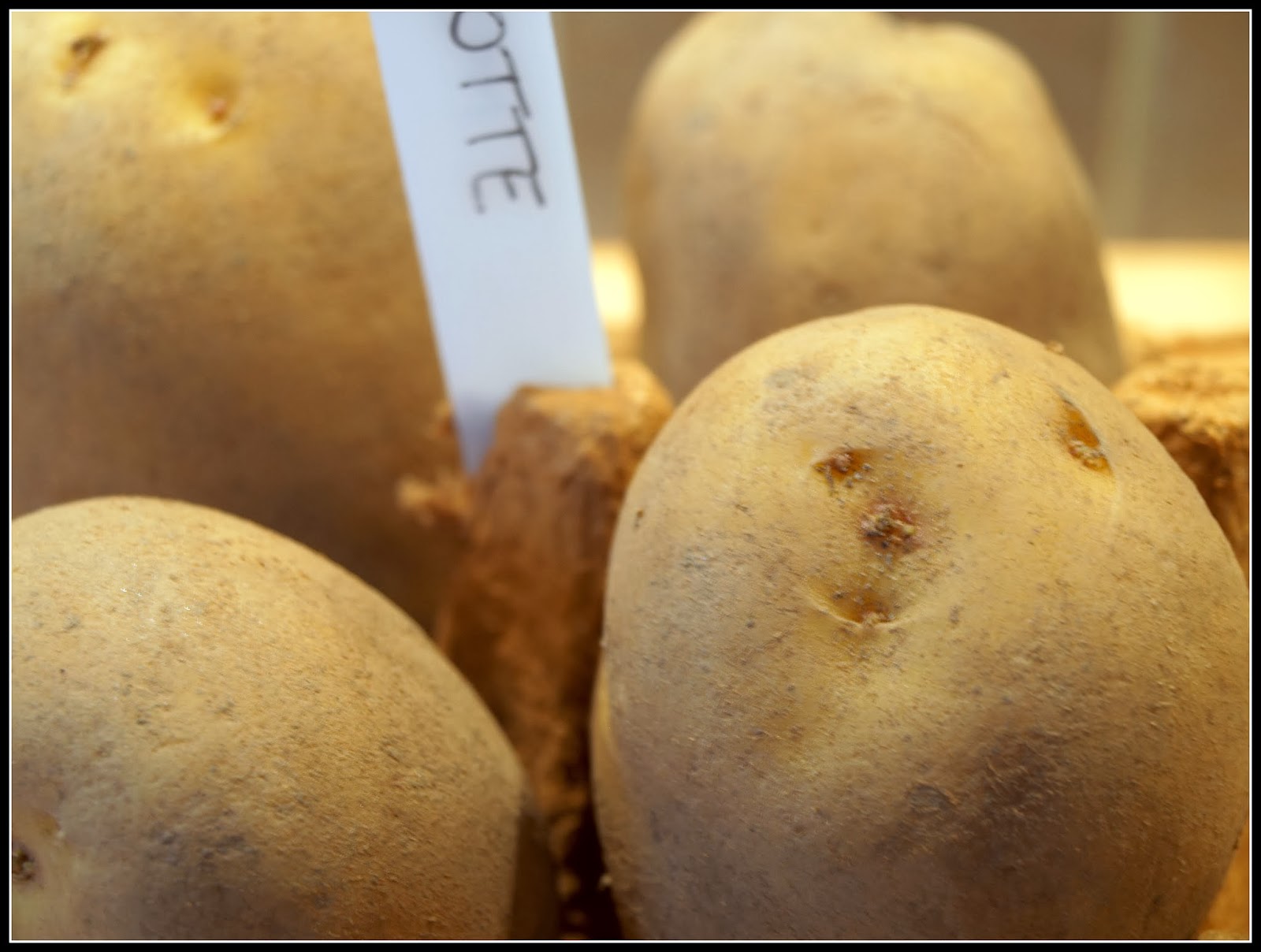 When chitting it is normal to position the potatoes with this end uppermost. A convenient way of achieving this is to use an egg-box: 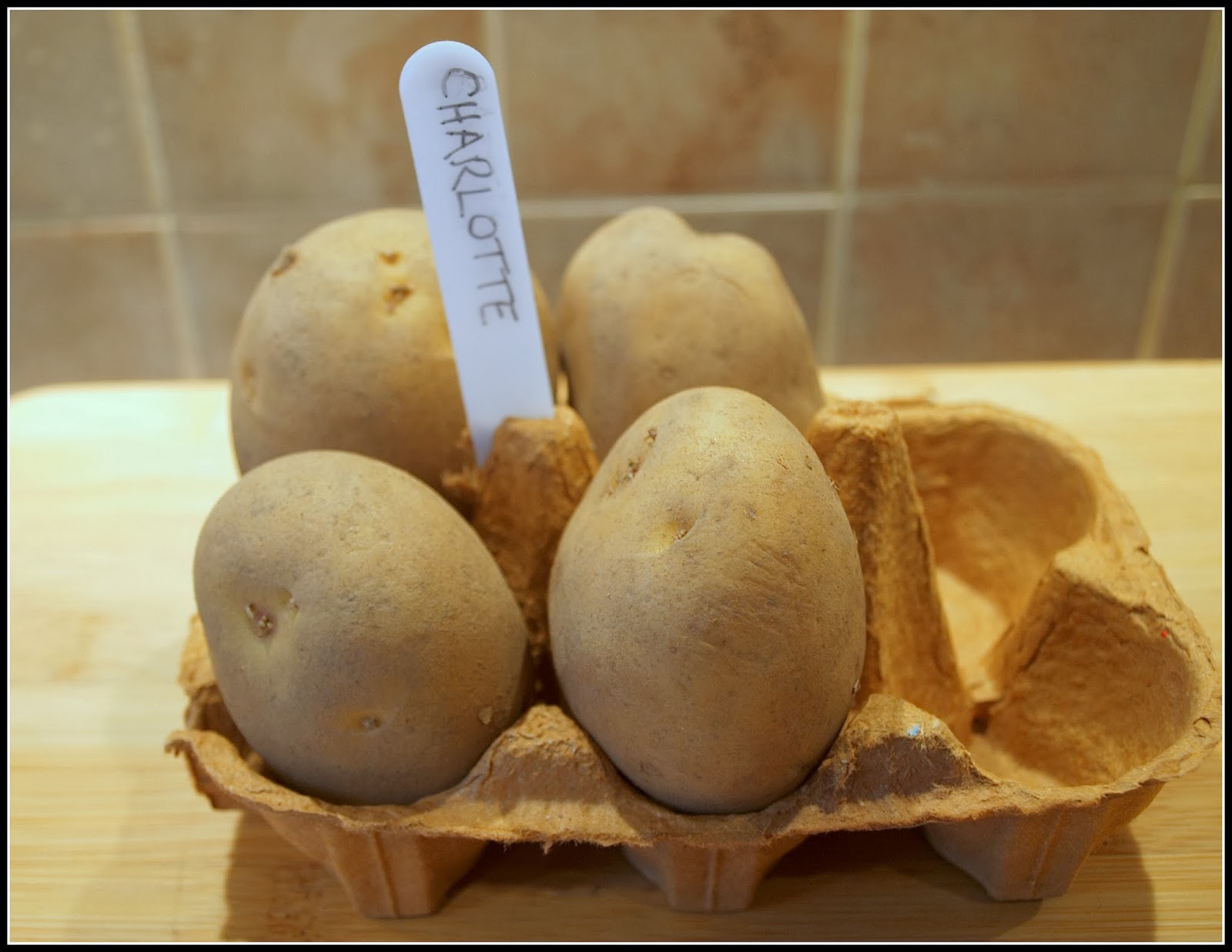 It is not vital to use egg-boxes, so if you haven't got any (or enough), just lay the tubers in something like a seed-tray, ensuring that they are not too crowded and that there is plenty of room for air to circulate. Then leave them in a cool place (approx 10C is ideal), and somewhere where they can have some light without being in direct sunlight. I keep mine in our garage, next to its side window. If you are chitting several varieties, don't forget to label them.

How long should you leave them? Well, it depends. It depends on lots of things - such as the potato variety, the temperature, the light etc. I would say that six weeks is about normal. I'll probably be planting mine in mid- to late-March. However, if you don't get round to planting all your seed potatoes at the "official" time, don't throw them away. Look at this: 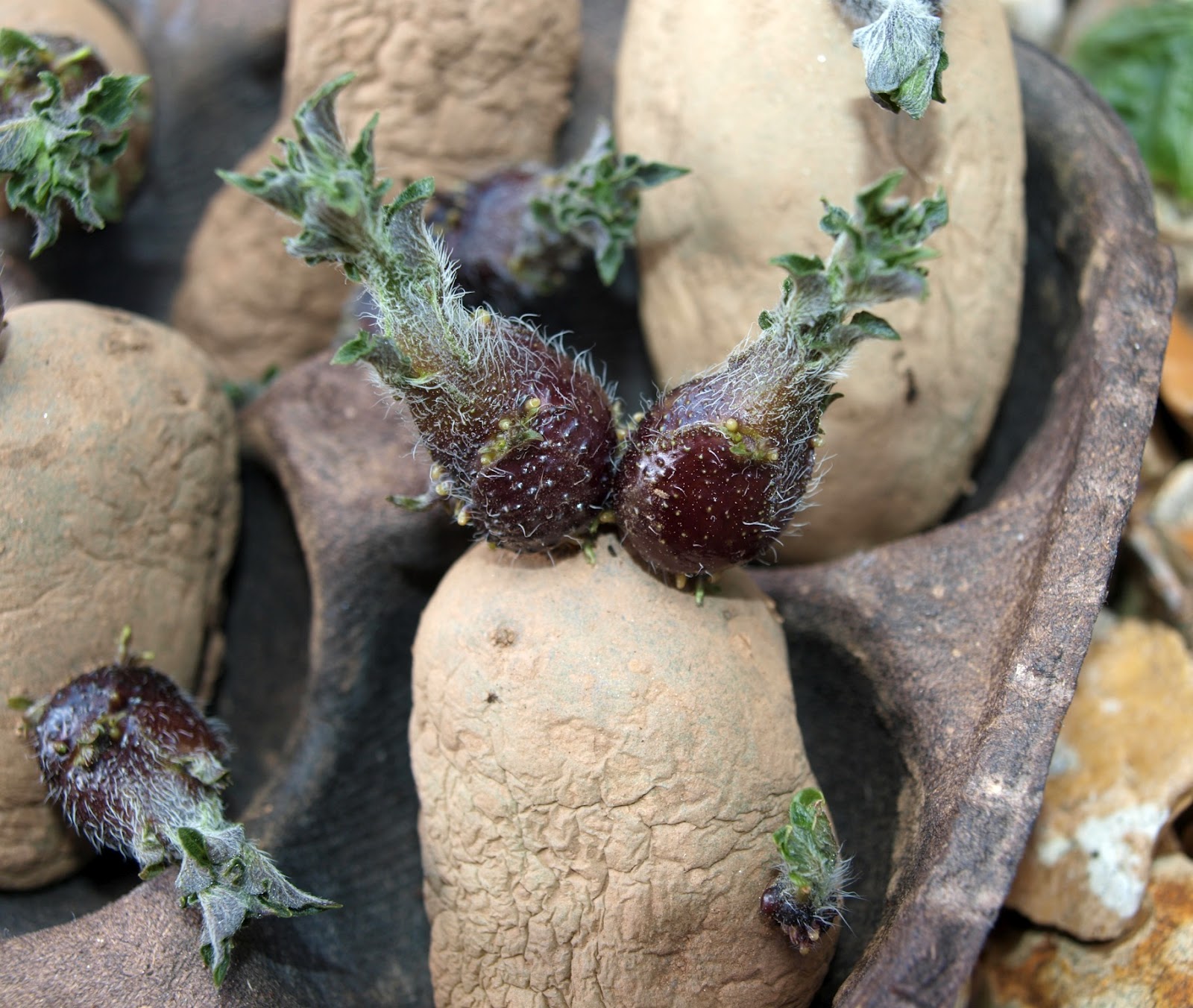 Two years ago, I had six "Charlotte" tubers for which I didn't have enough space, but I kept them for several months, and the tubers themselves gradually shrivelled up whilst producing the most amazing chits. Subequently, when some of my Spring-planted potatoes had been harvested and thus released their containers for re-use, I planted the spare tubers. They went on to produce a small but very welcome crop of beautiful blemish-free potatoes: 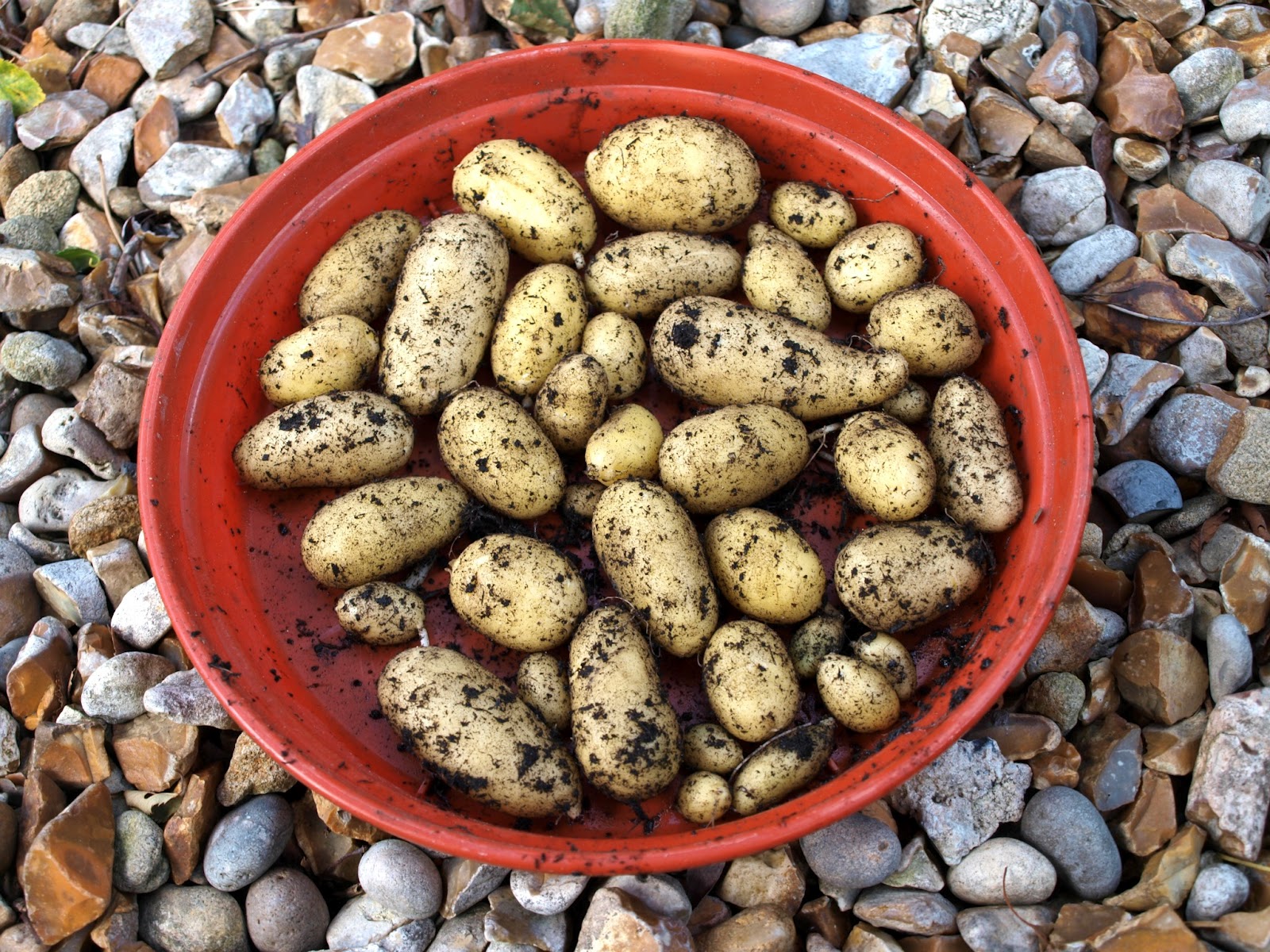