The Rhubarb makes its appearance

I noticed a couple of days ago that the first little leaves of Rhubarb are poking through the soil already: 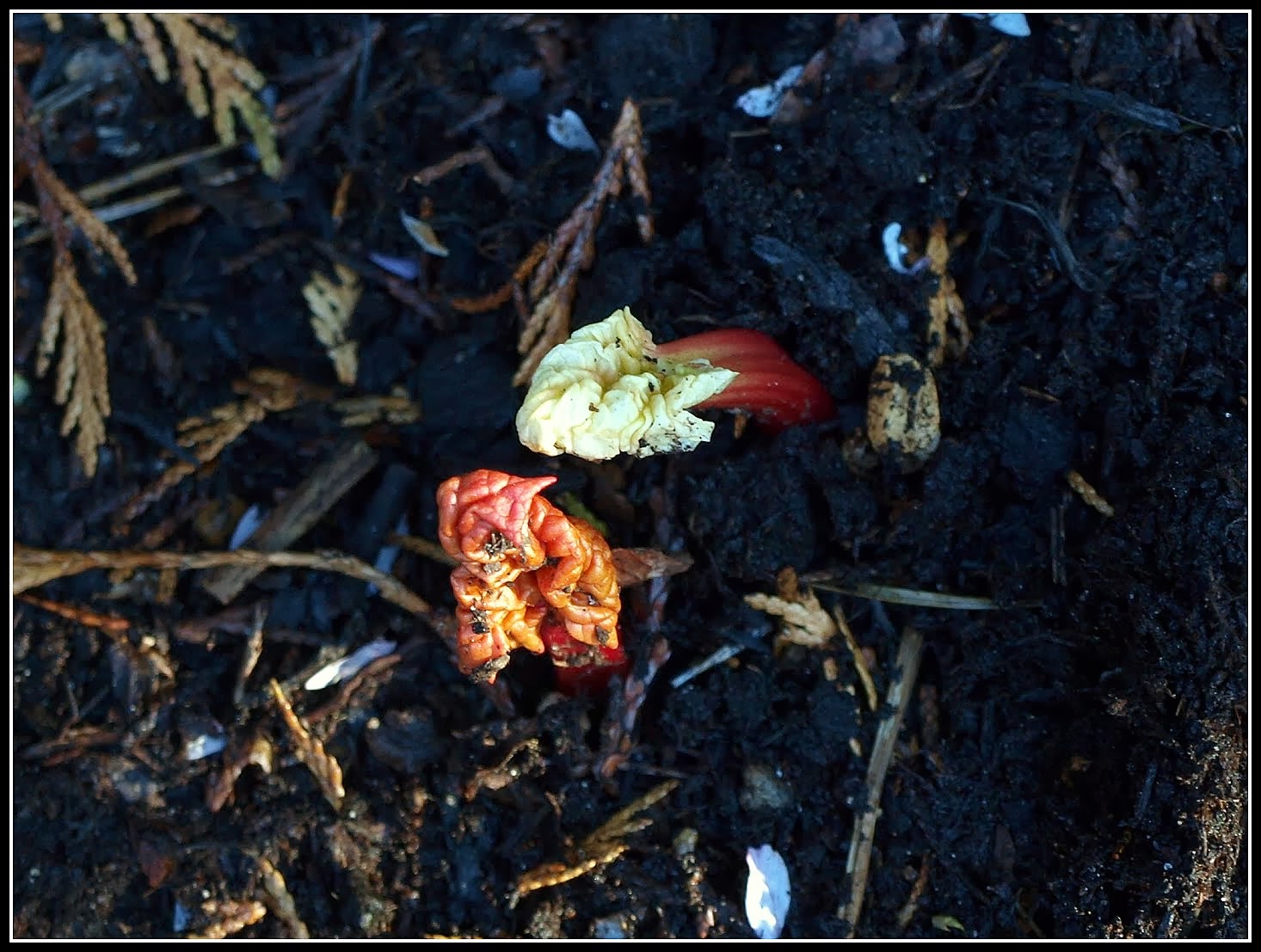 These are from the "Timperley Early" which I planted last year. It's certainly living up to its name!

I bought a pack of two plants from Aldi at a very good price (£1.99), but it may have been a false economy because I'm fairly sure one of the plants rotted straight away. It only produced one spindly leaf which lasted a very short while before dying off, whereas the other one produced several healthy leaves. Anyway, thinking positive, even if it really is only one plant that has survived, I think that £1.99 was still a good price! 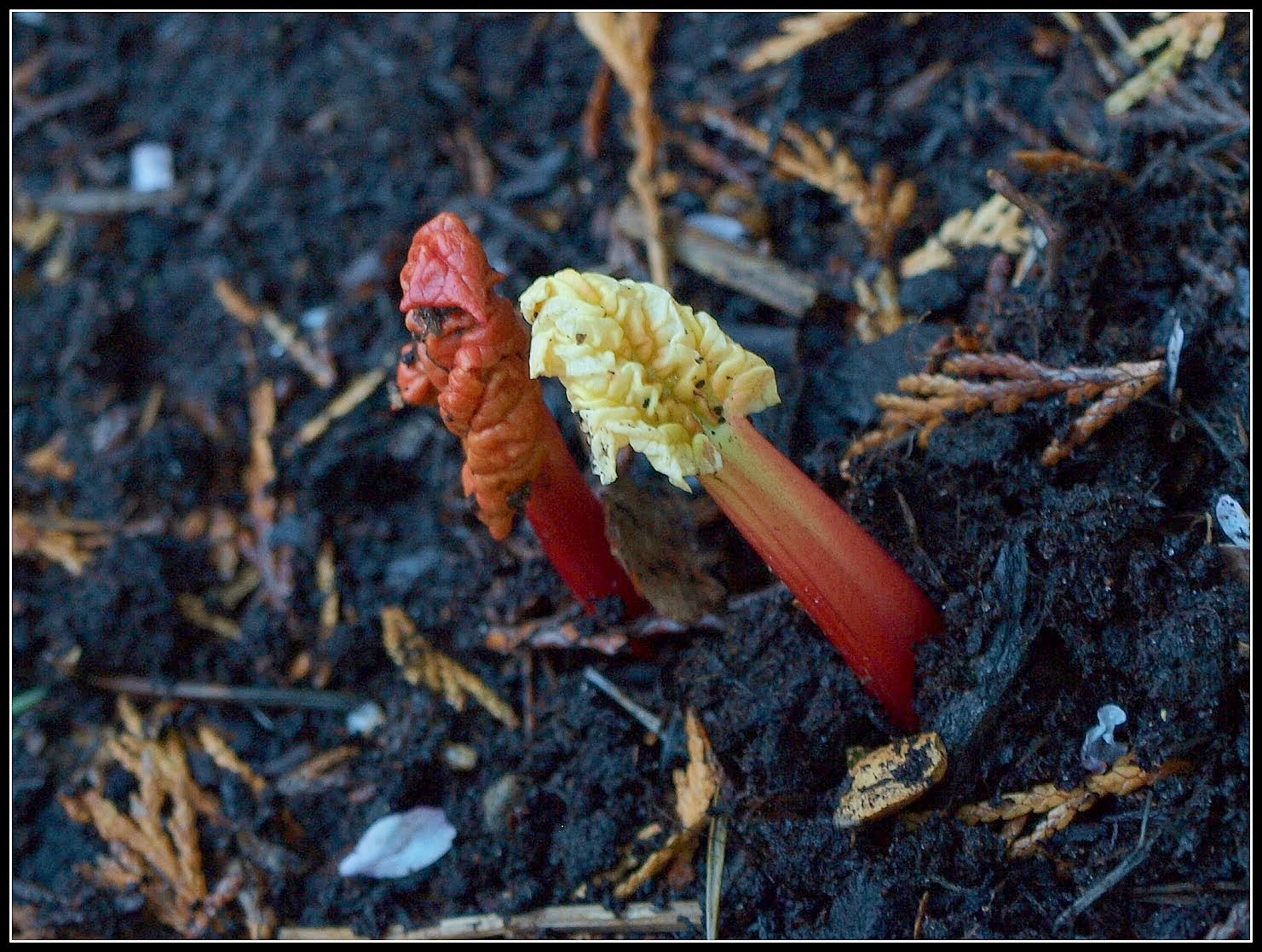 Isn't it funny that these two leaves are such different colours? Normally when Rhubarb leaves come up they are a sort of bronzy orange like the one on the left above, and gradually change to green.

My other (two) Rhubarb plants are the variety "Victoria". No sign of them yet, but that's not unusual since it is only January still.

Talking of things making an appearance, THIS has recently appeared in my neighbour's front garden, just next to my back gate: 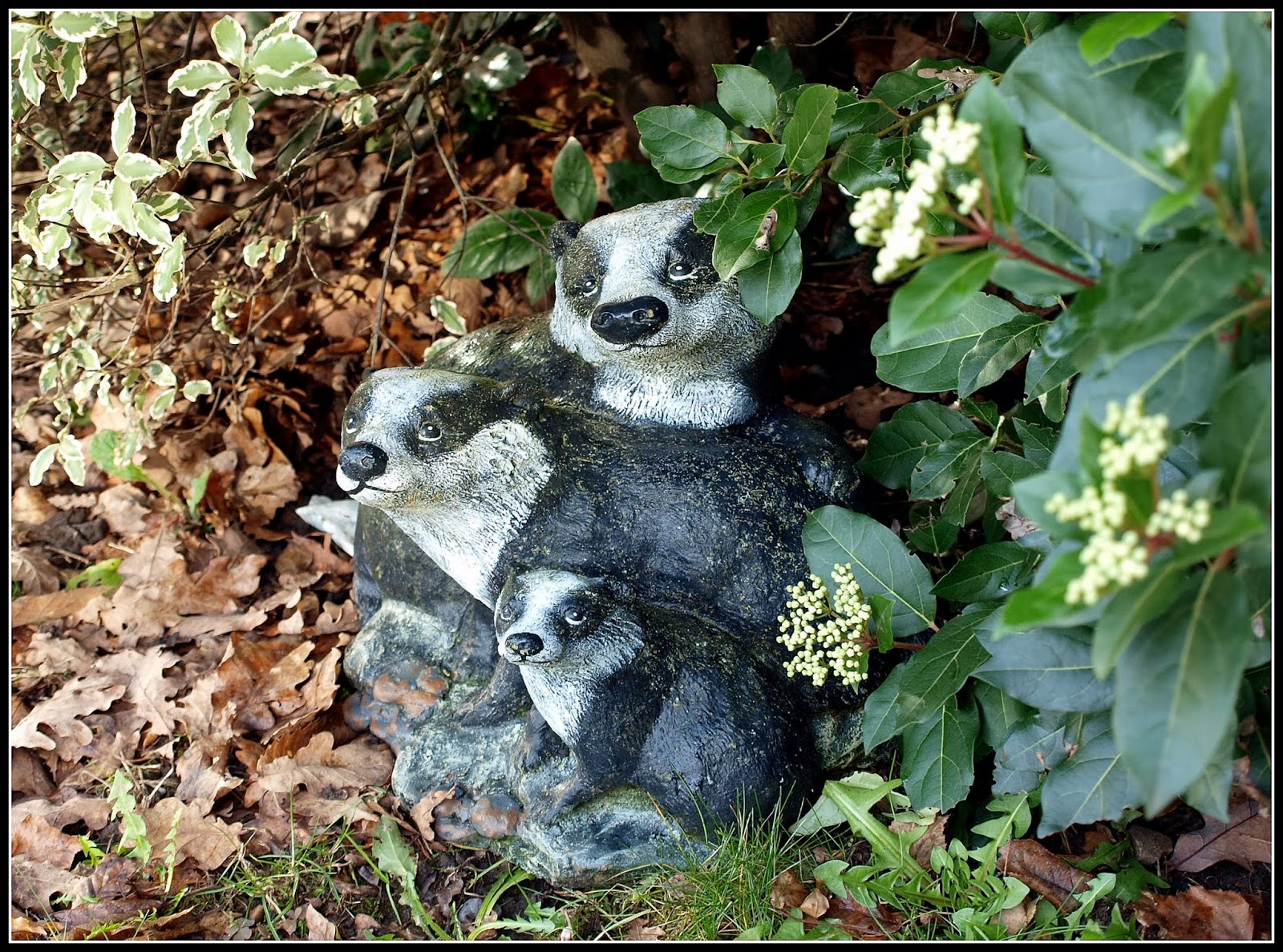 Do you think this is intended as an insult? Our neighbours are definitely not gardeners. If they were, they would probably be more aware of the damage that badgers can cause in a small garden! Or is it perhaps that this badger model is intended as a badger-deterrent, trying to give the impression that the territory is already occupied? I'll give the neighbours the benefit of the doubt...
Posted by Mark Willis at 12:00