Is it just me, or is it a bad year for PSB? I have done the same as I usually do, but this year's plants seem small and unenthusiastic compared with normal. If I'm going to get a decent crop they need to get a move on. 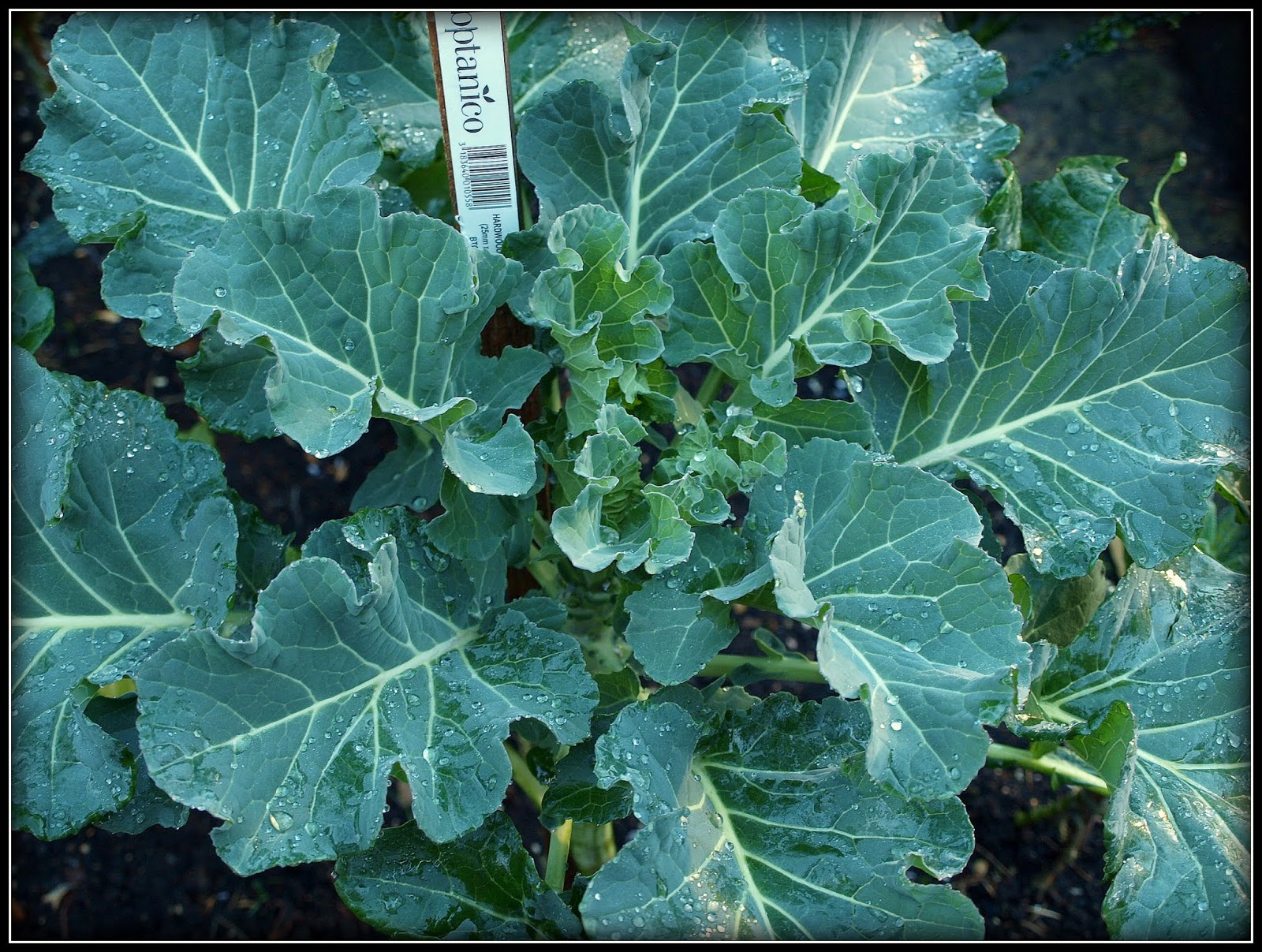 I sow my PSB seeds in April, grow the seedlings in pots until late Summer and plant them out into their final growing positions usually some time in August. They then slowly grow bigger during the Autumn and Winter, and deliver their crop over a period of 4 - 6 weeks in early Spring (Feb - April, depending on the variety). This method has worked well for me for many years. I always grow PSB, despite the fact that it occupies space for a long time, because we love eating it so much, and it deteriorates rapidly after picking, so the stuff you buy in shops is never very good.﻿ 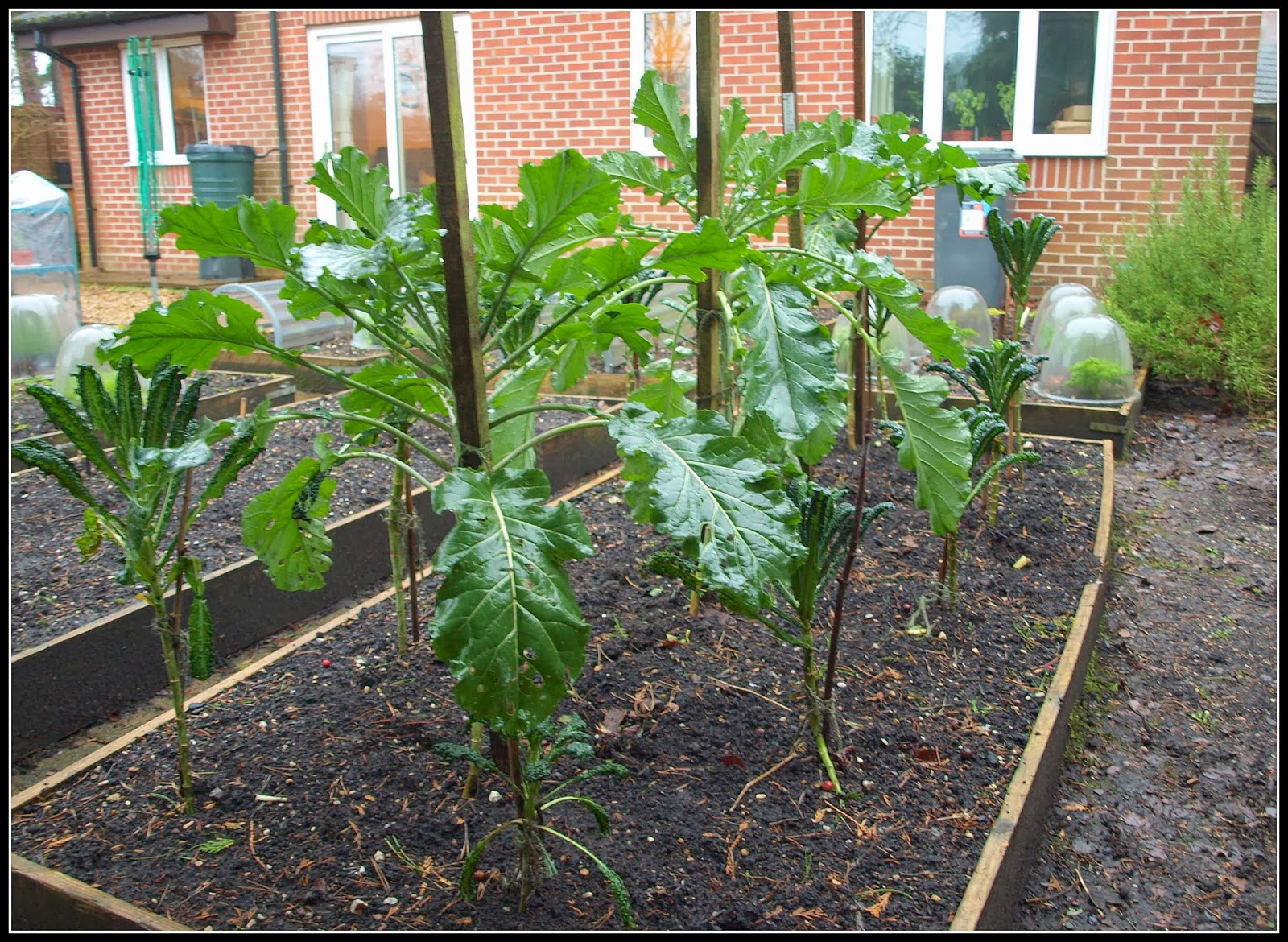 Last year we had a bit too much broccoli (if that is possible!). As well as the PSB, I grew some "Tenderstem" broccoli, which is much faster-maturing, and grown in Spring / Summer. Mine matured at the same time as the later varieties of PSB, so we ended up with a bit of a glut. This year I have grown 4 PSB plants instead of the usual 6, but I fear it may have been a bad decision because they have not grown anything like as big as usual. I'm not really sure why. I can only think that it is something to do with the bed in which they are growing. I rotate my crops every year, and they all take their turn (except the one which hosts the Asparagus). The bed with the PSB in it this year is the one furthest from our house, so nearest to a big conifer tree in our neighbours' garden. I suspect that the roots of this conifer tree reach under the fence and grab much of the moisture and nutrients from the soil in my garden.﻿ 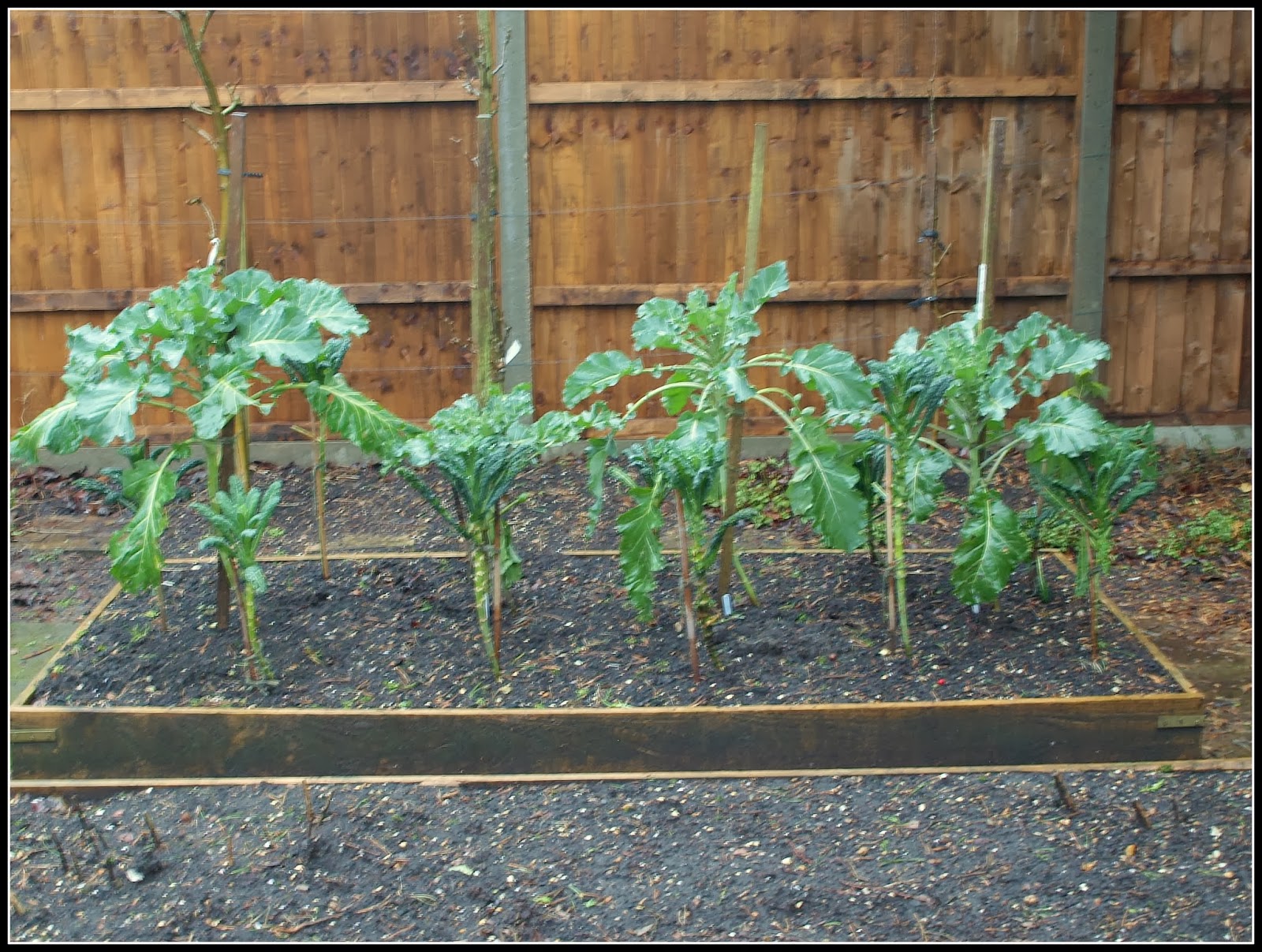 Before I blame said conifer tree too much though, let it be said that the Cavolo Nero growing in the same bed as the PSB has done all right, so maybe it's the PSB that is wrong, not the soil? I planted 10 Cavolo Nero plants around the edge of the raised bed. They have done well, and given us a nice crop, although they are nearly finished now. The majority of the big leaves have been used and the little tufts of leaves at the tops of the stalks make the plants resemble miniature palm trees! Flowers are just beginning to form too. 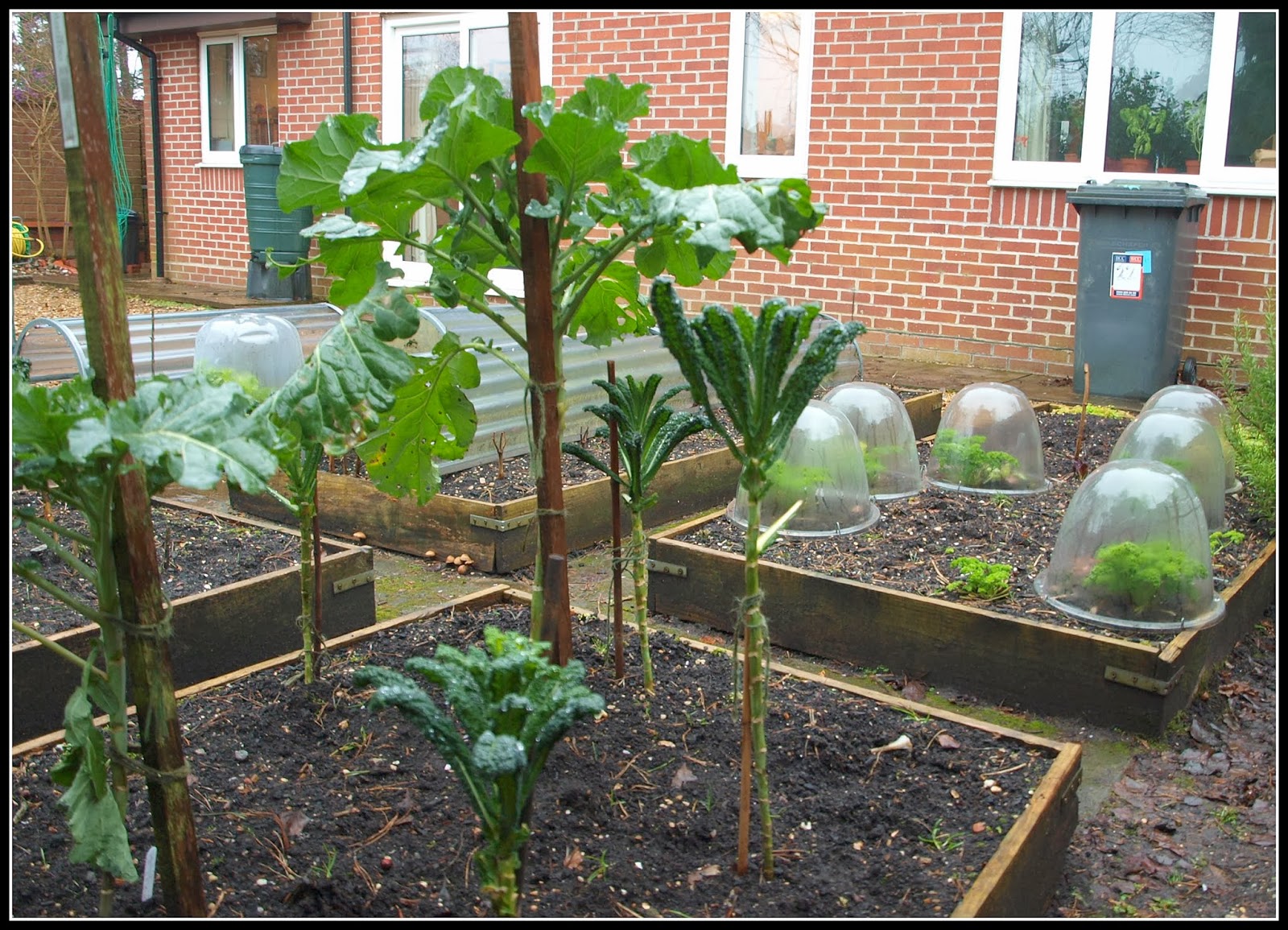 My 4 PSB plants include two modern varieties - "Red Arrow" (x2) and "Red Spear" (x1) and the other is an old variety called simply "Early Purple Sprouting Broccoli". The strongest and biggest of the four is the Early one, though even that is not as big as I would have hoped / expected.  As far as providing nutrients is concerned, I think I have given them every possible assistance: I dug some home-made compost into the soil; I added some pelleted chicken manure; and just a couple of weeks ago I tried to give the plants a boost by giving them a good dose of "Growmore" multi-purpose fertiliser as a top dressing. 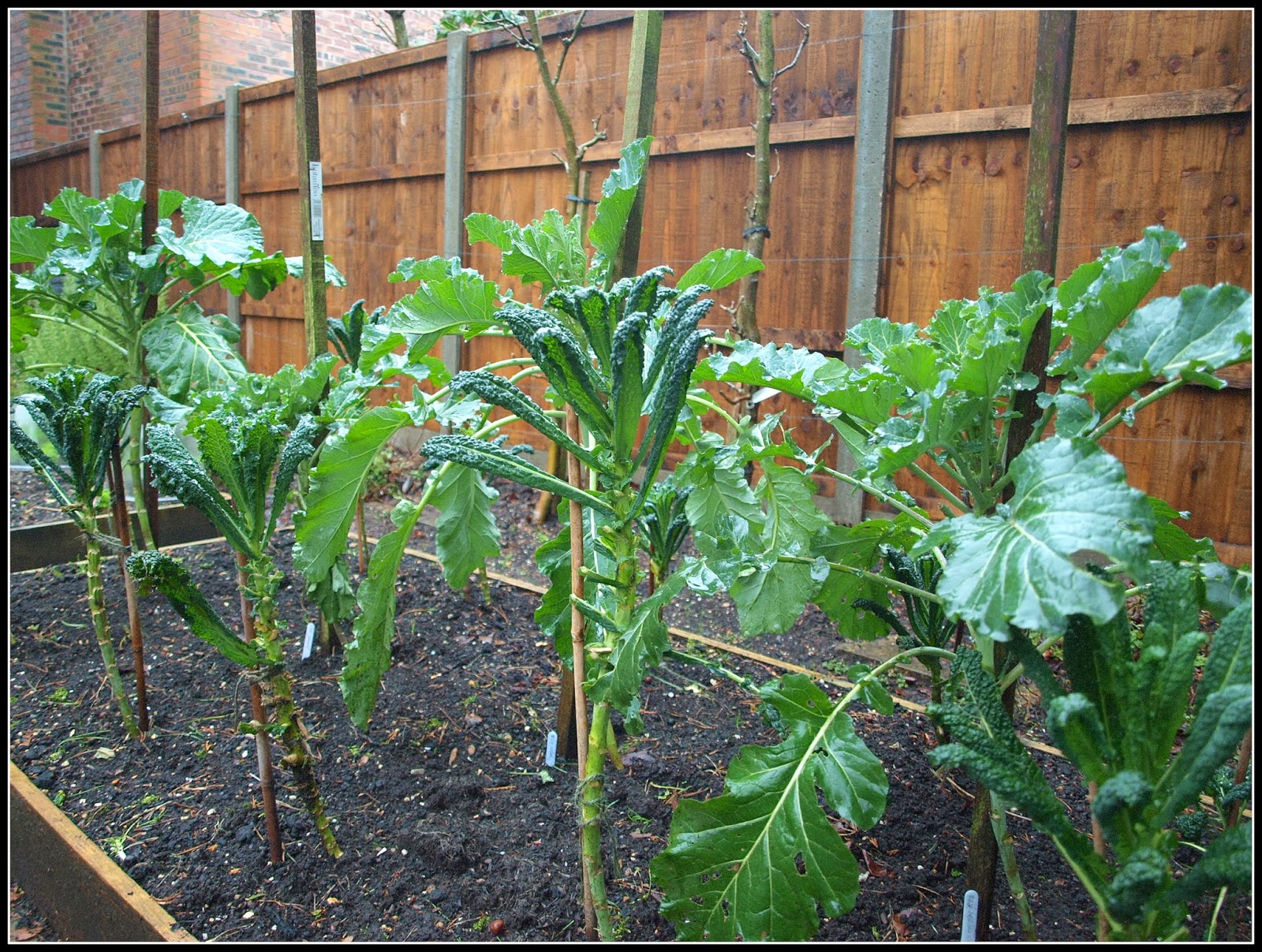 When all is said and done, I have to admit that my experience shows me that with vegetable-growing you sometimes win and you sometimes lose, despite all your efforts. Maybe this time it's down to the weather, since have had a very mild but wet Winter? Is anyone else who reads this growing PSB? If so, how is yours doing this year?
Posted by Mark Willis at 13:00