"Matsuri" is a Japanese word meaning "holiday" or "festival". It is also the name of a variety of Broccoli. I have today celebrated a (very small) Broccoli Festival by harvesting this: 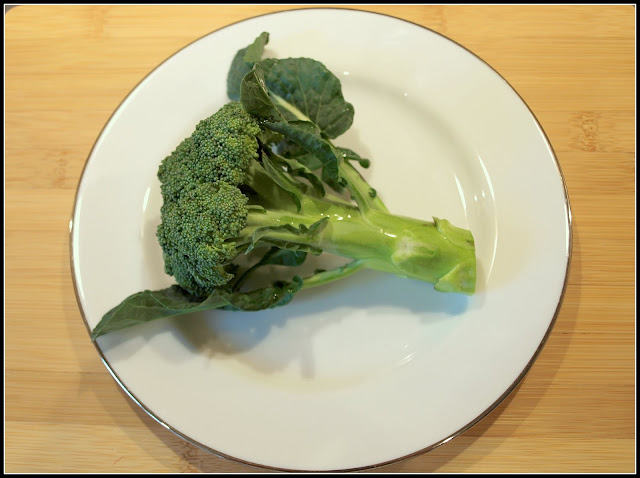 "Matsuri" is marketed as a miniature variety, suitable for small gardens. I bought a pack of seeds for it back in 2011 and have grown a few plants from it each year since then - no problems with germination. I have used the plants as fillers for the odd spaces that appear in the raised beds every now and then, and it is eminently suitable for this purpose since it doesn't take up a lot of room. 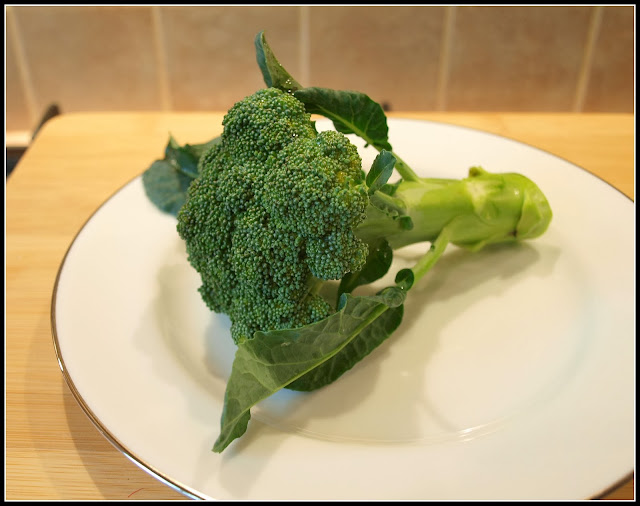 I have found that it grows pretty slowly. This year's batch was sown on 24 June and transplanted into its growing positions on 28 July. In this next photo the Matsuri is the little plant in the angle of the raised bed, dwarfed by the big Brussels sprout plant to its right: 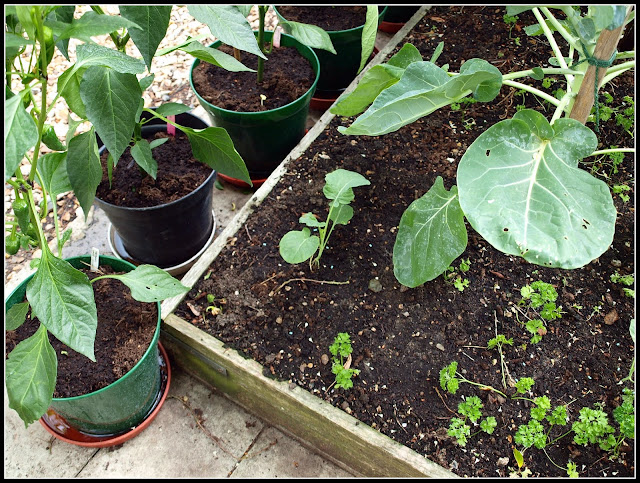 ﻿
So it took six and a half months from seed to harvest! Patience is indeed a necessary virtue for the gardener. In defence of this plant I have to say that I think it is really supposed to be sown in early Spring in order to mature in Summer, so expecting it to mature during Autumn / Winter was probably asking a bit too much. My first one was harvested on 23rd November: 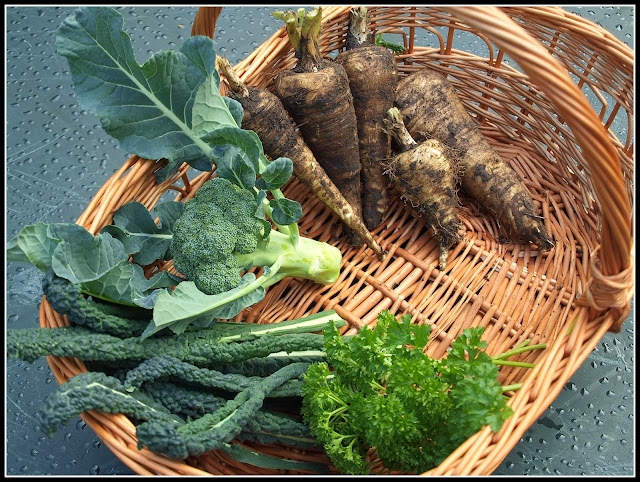 Then this one now: 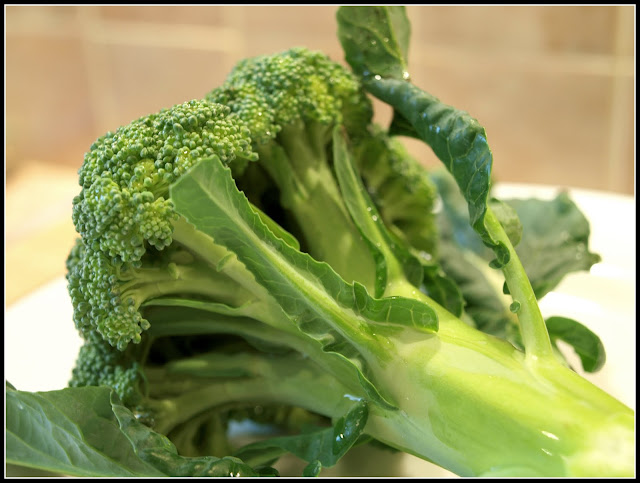 There are still four more of these plants growing in my garden, but none of them is looking as if it will mature any time soon (if at all). I think in 2014 I will give this one a miss, and grow more of the "Tenderstem" type of broccoli, which grows much more rapidly.﻿
Posted by Mark Willis at 12:00