Earlier this year, in response to a post I had written about my intention to make Paprika powder from home-grown peppers and chillis, a gardening friend sent me a couple of dried "Garnet" Sweet Peppers, one of which had been smoked.﻿ I duly pulverised these in our spice-grinder to make a small quantity of delicious paprika. I was so impressed that I subsequently bought some seeds and grew some "Garnets" for myself. 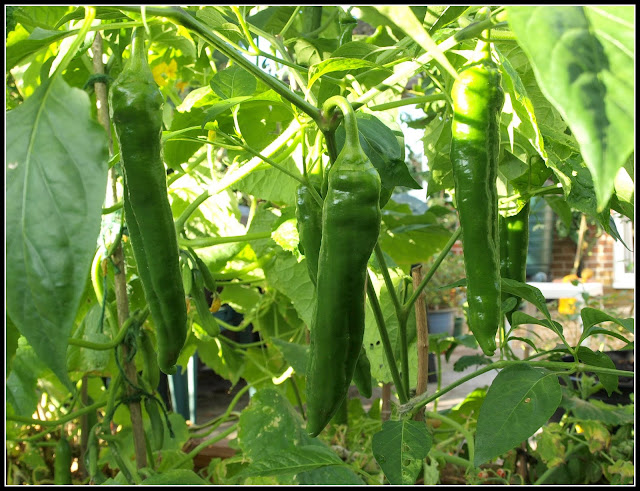 I grew the peppers just like I grow chillis, although I did plant them in my big new raised bed rather than in pots like the chillis. I found that they took a very long time to grow and ripen, such that in the end I resorted to ripening some of them indoors. Most of my crop was given to my daughter Emma, for using green in stir-fries and such-like, but I kept the six best specimens for a repeat of the smoked paprika experiment. 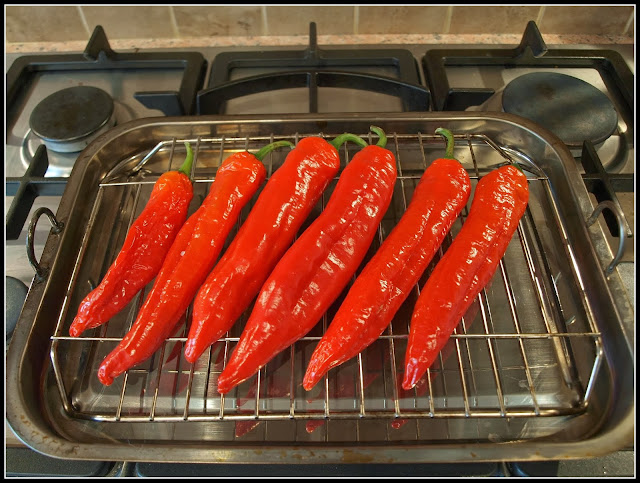 The smoking part of the operation was carried out using my Cameron stove-top smoker. I smoked the peppers for a total of 6 minutes. 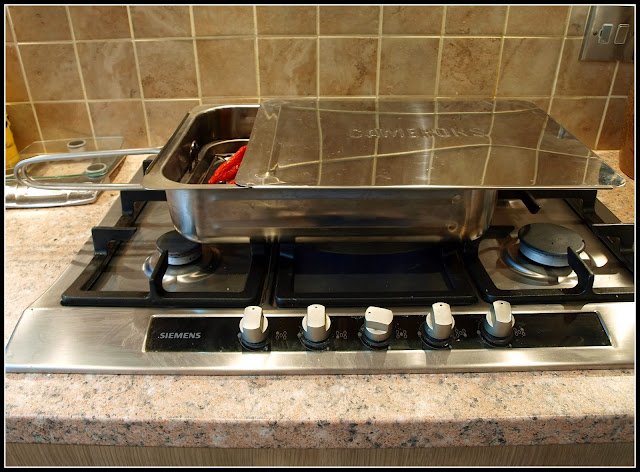 Afterwards I dried the peppers initially in the oven with the heat turned down very low, and then when the oven was needed for cooking I transferred them to the airing cupboard. They are not 100% dry yet, but when they are I will remove their seeds and then grind them up to a fine powder.  Goulash, here we come!
Posted by Mark Willis at 18:00