Some of you may have read what I wrote the other day about making smoked paprika. Now I have done a similar thing to produce some unsmoked paprika / chilli powder. 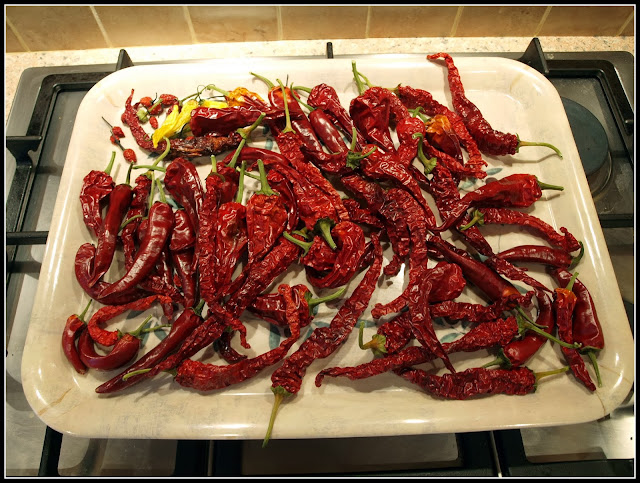 Over the last few months I have been accumulating a stash of chillis and sweet peppers in a basket in the airing-cupboard. Most of them had dried out completely, so I judged it to be the right moment to make some chilli powder. Actually, even the chillis were mostly pretty mild in heat terms this year, so the powder is somewhere between a hot paprika and a mild chilli powder. 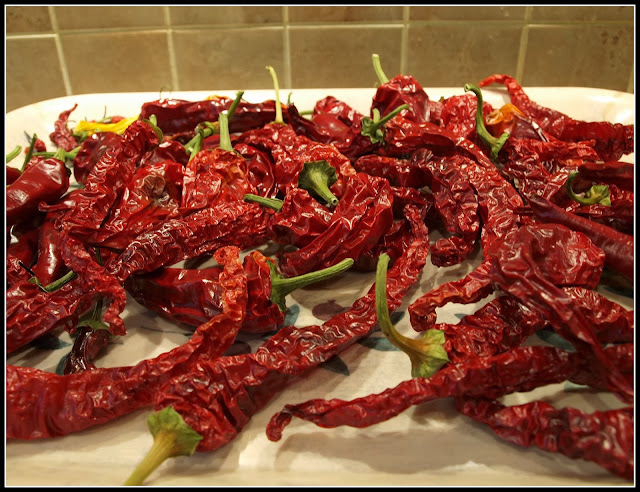 ﻿
The majority of the chillis in that batch were "Cyclon", "Sumher" and "Cayenne". I think the "Cayenne" was the hottest of the three, and "Cyclon" the mildest, with hardly any heat at all - effectively a sweet pepper.

Not all of the chillis were completely dry, so I have put them back in the airing-cupboard for a bit longer. They don't grind well if they are not crispy. 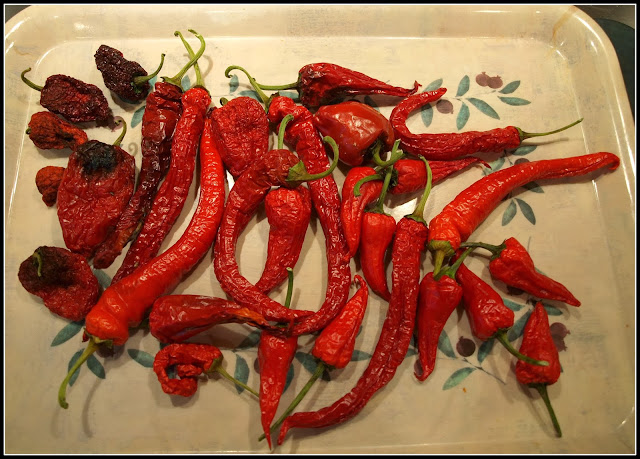 I ground the dry ones into a coarse powder, using our spice-grinder aka coffee-grinder. That trayful of chillis produced this amount of powder: 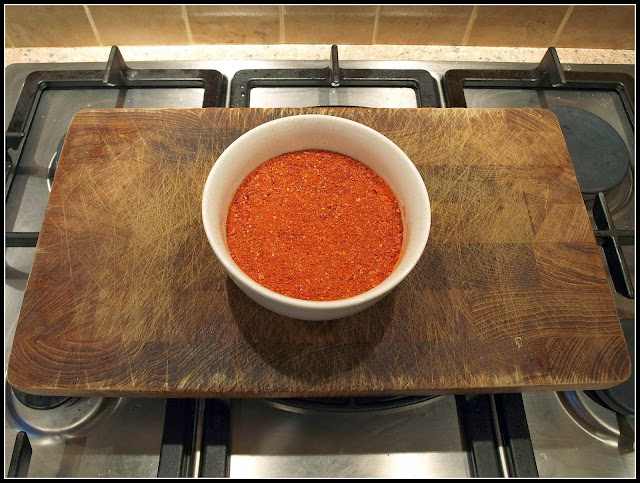 I didn't weigh it before putting it in a jar, but it looks like about 5 or 6 times as much as the batch of smoked paprika I made, which weighed 25g, so this is probably 125 - 150g. It filled half a jam-jar. 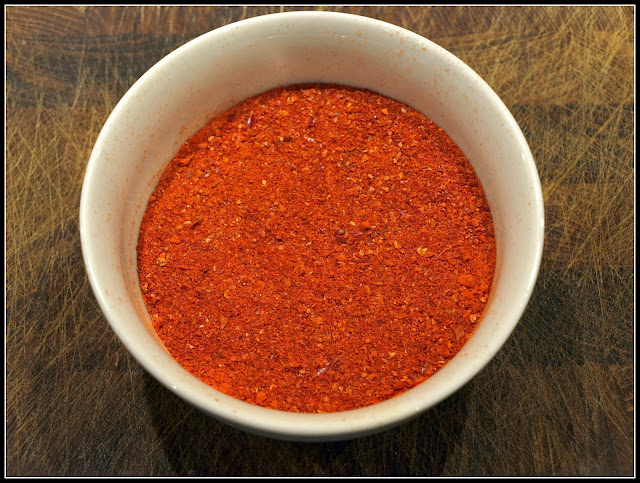 ﻿
Jane says it looks very like the Kashmiri chilli powder, which is noted for its vibrant clour, not for its heat. Yes, it's certainly vibrant! It should add some nice colour to a curry or goulash.
Posted by Mark Willis at 12:00