With the days being so short now, and with having to work in London quite a lot, I haven't seen much of the garden recently. It's dark when I go out, and it's dark when I come home. At the weekend though, I managed to take a good look.

The Blueberry bushes have mostly shed their leaves now, but there is one which still looks spectacular: 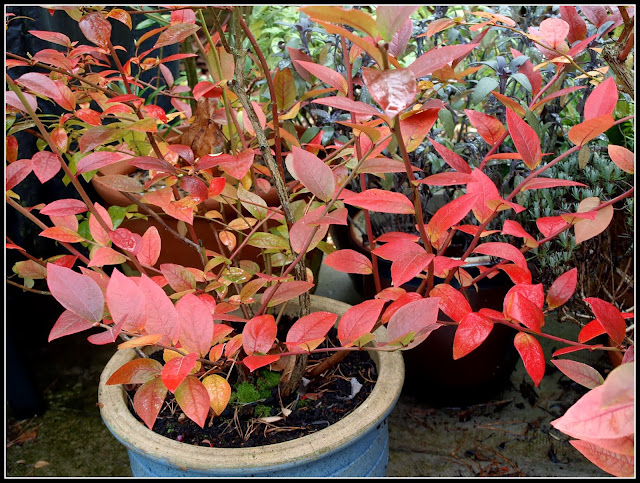 I was surprised to see new flowers on the Alpine Strawberries. Don't they know it's nearly the middle of November?! 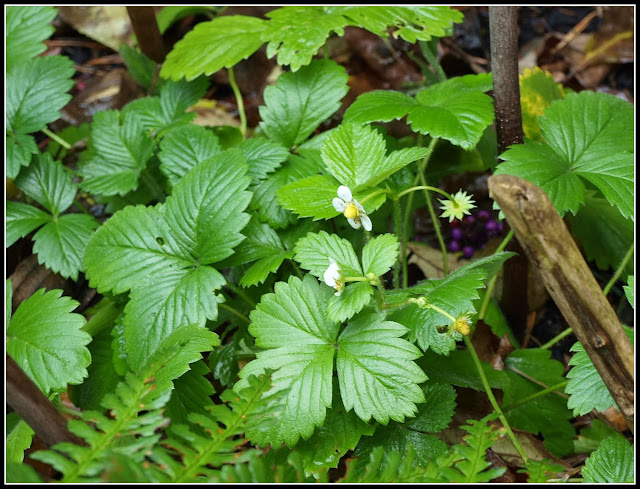 ﻿
The "Black Prince" chilli is still looking good too, covered with tiny red fruits. I don't recommend this variety of chilli for culinary use, because its fruits are too fiddly to prepare, but it scores highly for its ornamental qualities. With its dark coloured foliage it could be attractive for flower-arrangers too! 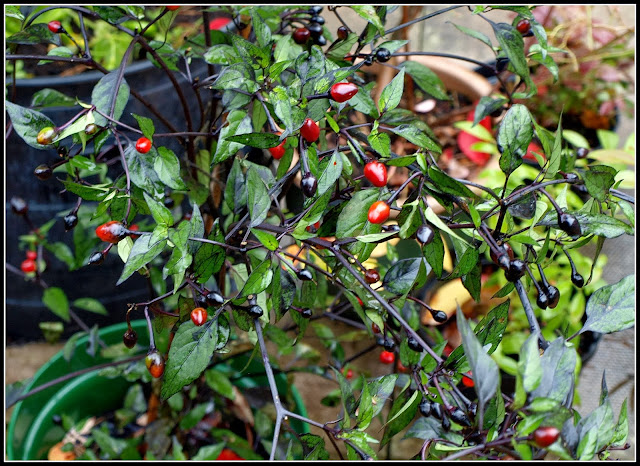 I was a bit annoyed to find that something had dug up one of my Parsnips and had a nibble at it. Evidently it didn't like the taste, because the root had been gnawed but not eaten. Hopefully this will convince whichever animal was responsible for this act of vandalism to leave the rest alone now. 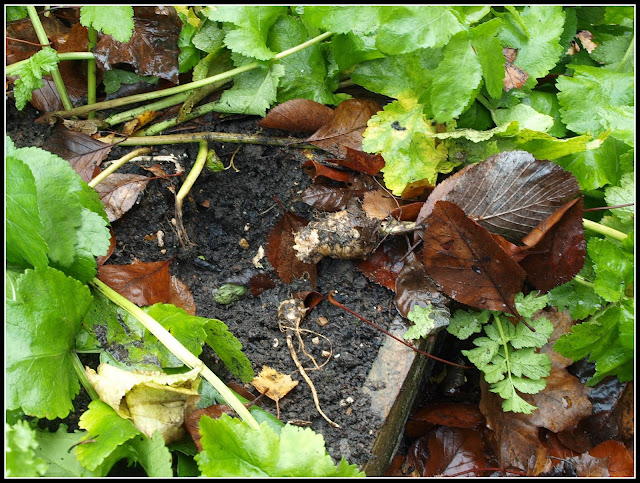 ﻿
I have been keeping a close eye on the "Matsuri" broccoli and I see that the first of this current batch is nearing a useable size. Ideally I would like to harvest two at a time, since this is a miniature variety and one head is just the perfect size for one person. 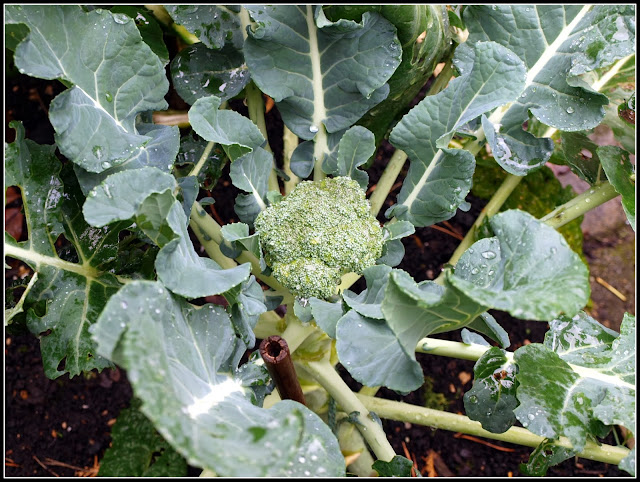 ﻿The Brussels Sprouts are about 75% finished now, and looking pretty tatty, but there are enough sprouts on them for at least another couple of meals. Incidentally, I don't think that cutting the tops off some of them made any perceptible difference to the size of the sprouts. 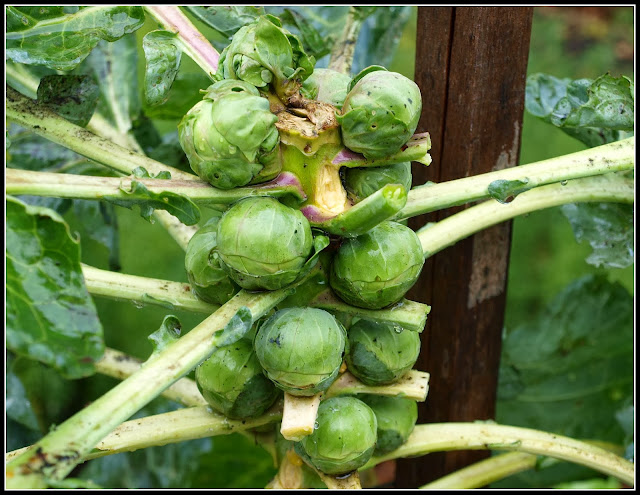 The unsightly black mould with which many of the leaves were afflicted has also had no real effect on the crop. I cut off most of the affected leaves, which has probably done some good since it will have let in some extra light. The real problem has been the grubs that have bored into several of the sprouts, leaving a trail of yucky brown frass. I'm not sure what they are. They behave very much like Cabbage Root Flies. Do such things attack the sprouts as well as the roots of plants? 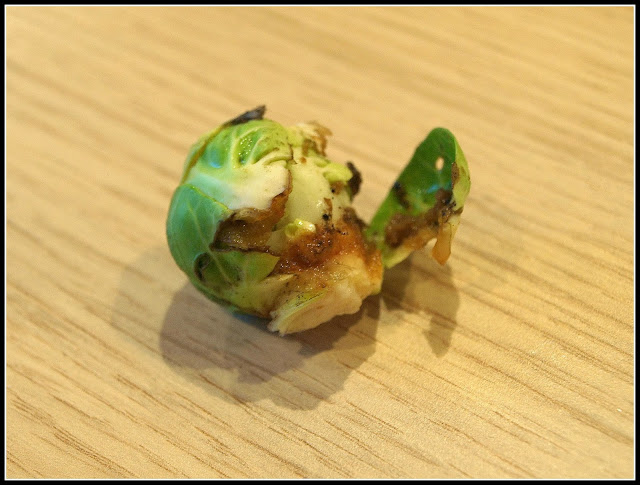 Fortunately only a small proportion of the sprouts have been affected by this particular pest, and I am well pleased with the yield.﻿

With the advent of shorter days my attention is now more and more drawn indoors. There are plans to be made for next year, and seeds to be chosen. Not that this is a penance. In fact it is one of the more pleasurable aspects of gardening, whose most strenuous aspect is building all those "castles in the air"!
Posted by Mark Willis at 12:00