Well, I finally got round to grinding up those dried peppers to make some paprika...

Before I did it though, I had to remove the seeds - of which there were plenty: 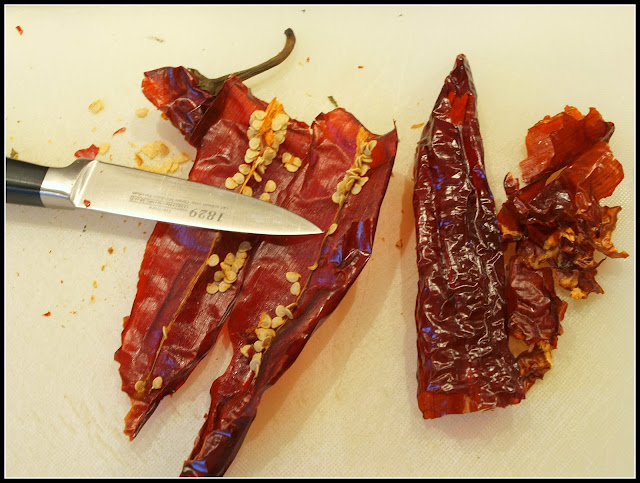 ﻿
Then the papery red/brown flesh was put into the spice-grinder. Ours was originally designed to be a coffee-grinder, but it works very well in this new role. 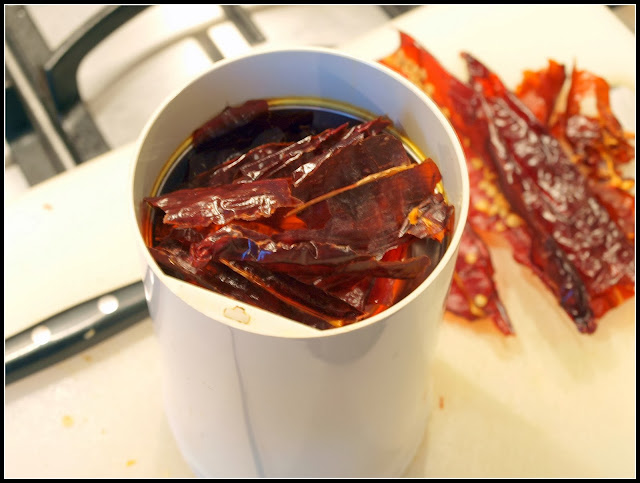 After a few seconds of "zuzzing", I had powder: 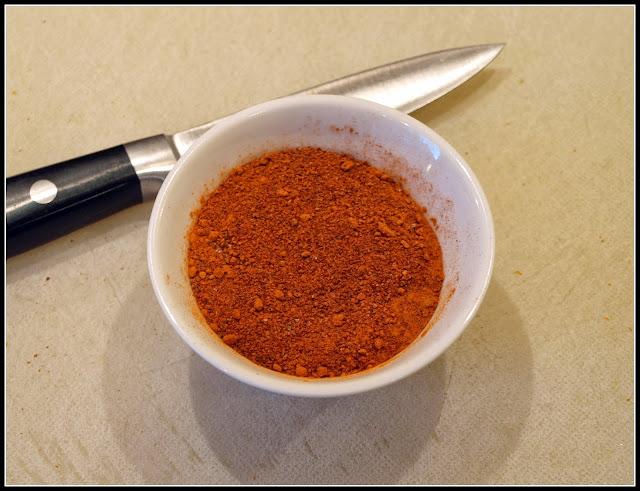 ﻿
It's not a huge quantity, is it? Actually it is 25g - roughly two dessert-spoonfuls. As Jane pointed out, not a lot to show for all those months of cultivation! However, in my mind, it has been worth it. Growing stuff in my little garden is never an economically viable proposition. I'm certainly not self-sufficient, but it's rewarding. I like doing it. I'd far rather be producing a small quantity of something edible (and then eating it of course) than playing golf or train-spotting! 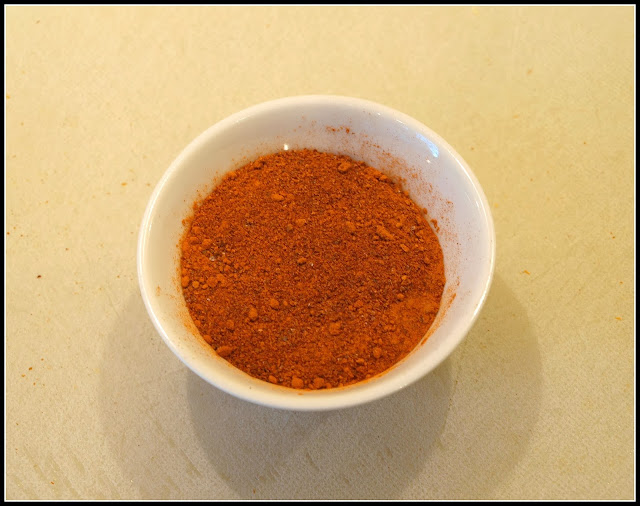 My thanks to Stephen Shirley at Victoriana Nursery Gardens for getting me inspired to do this, and for advice on the technique. Stephen is the "main man" of the forum called UK Veg Gardeners. If you are a gardener living in the UK and have not explored this forum yet, I strongly recommend you to do so.

I decided that I would use the finished product to make a batch of paprika-flavoured Almonds,so I fried them gently in some vegetable oil, into which I stirred the paprika powder and some salt to make a gooey paste which clung nicely to the nuts. 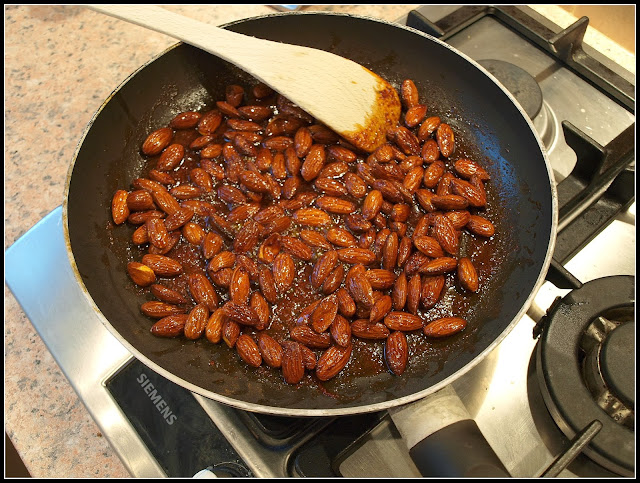 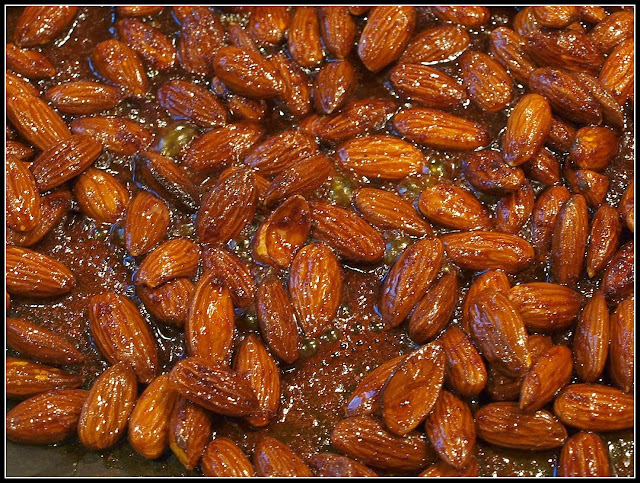 This is their final destiny - served as a pre-dinner nibble with a glass of sherry. Perfect! 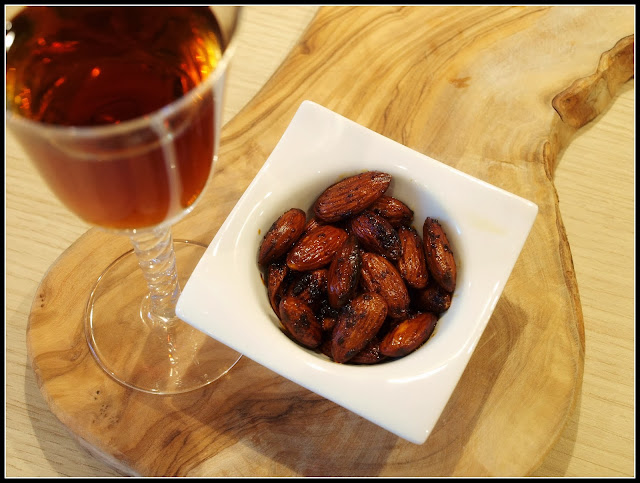 The flavour of the nuts done this way is wonderful - smoky and savoury, but not hot. Remember that it was Sweet Peppers that I used for this paprika, not chillis. However, I think I may well use the same process to make some chilli powder as well, since I have a big basket of chillis in the airing-cupboard and they are nearly dry.
Posted by Mark Willis at 12:00