For most of the past week I have been commuting to and from London. Early starts, late returns, and with the clocks having gone back, returning home after dark every day. This means I haven't seen much of the garden. It's a good thing that not much needs doing at present.﻿

I decided that my "Garnet" Sweet Peppers were unlikely to ripen properly outdoors, so I have picked the lot and brought them indoors. There were a couple to throw away, having been attacked by some bug or other, but the majority of them were fine. It was a total of 590 grams. 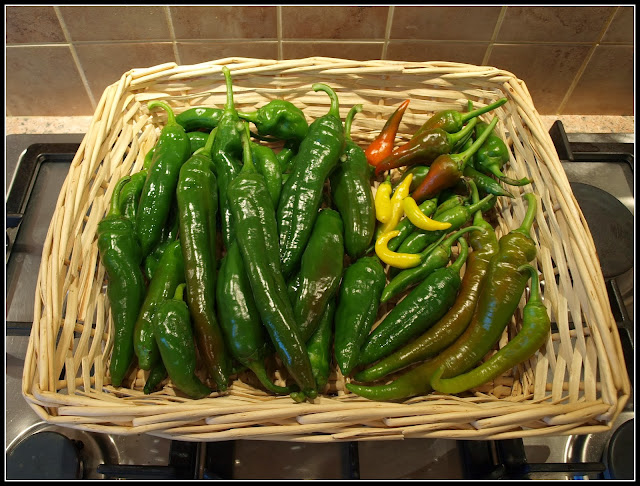 As you can see in that photo, I also picked more chillis of various sorts. The yellow "Ai Limon" is a particularly attractive chilli - good-looking, quite hot, and with a distinct lemony flavour. 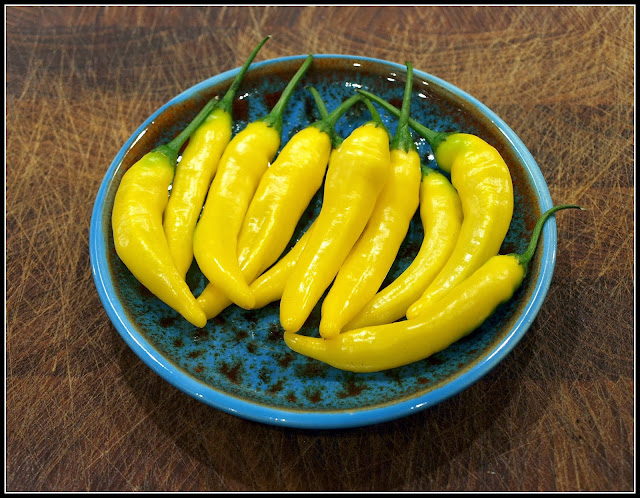 The "Sungold" tomato plant has yielded another few fruits. I'm glad of this, because I really wanted to be able to say that I was still picking tomatoes in November! 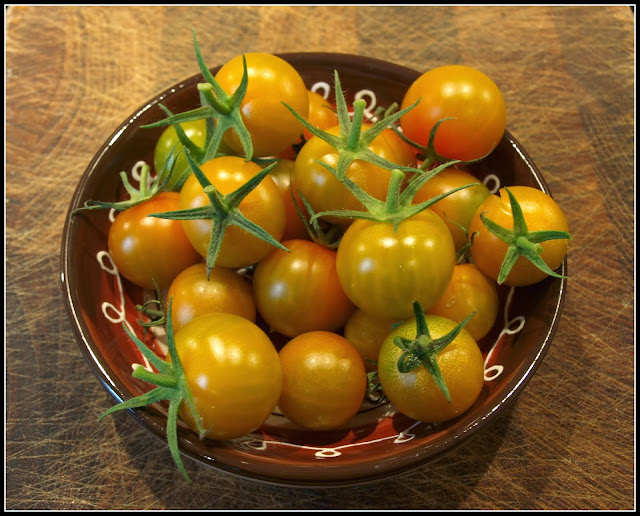 Most of the indoor-ripened ones have gone now. Some of them were beginning to go a bit wrinkly, so I made them into one last batch of tomato sauce: 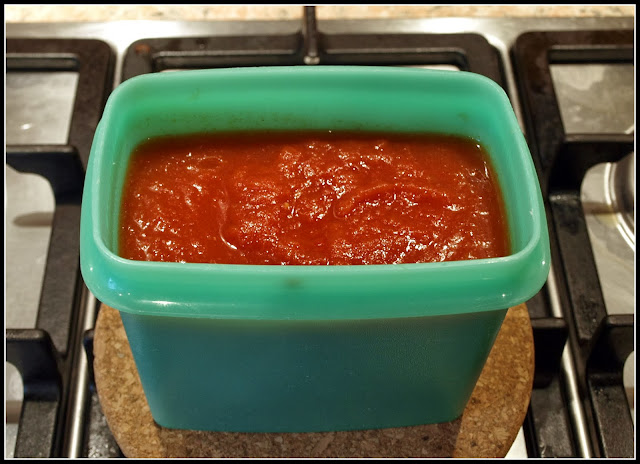 ﻿
Saturday was a "Garden Milestone" day for me, in that I harvested the first Parsnips of the year - always an exciting moment because you really don't have much idea what they will be like till you dig them up. The size of the foliage is not necessarily a good guide to the size of the root, nor is the diameter of the shoulders of the root a good guide to its length. I think my photo demonstrates this quite well. I only wanted enough Parsnips for one meal for the two of us, so I only dug up three roots, but just look how different they were!

The one on the right of the photo was the first one I dug up. Scraping back the soil to around it, I saw that its shoulders were pretty broad, but when the root came up it proved to be very disappointing. A round bit about the size of an apple and not much else. The smallest of the three is probably the best one; certainly the most regular. What about the three-legged one? An interesting shape, yes, but not the best when it comes to using it in the kitchen. Someone commented on my blog recently that my veg is always "so perfect". I think not! Anyway, the other Parsnips in my row may be completely different...

At present I have a lot of very nice Parsley in the garden (which is unusual for me), so I am consciously trying to make the most of it: 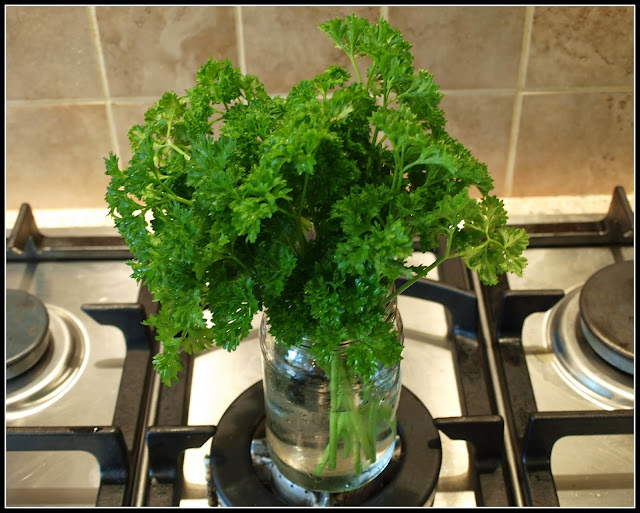 That's my harvests for the week. To see what other people have harvested, pop over to Harvest Monday﻿ on Daphne's Dandelions.
Posted by Mark Willis at 12:00