In March this year I wrote about re-potting two Bay trees which were looking very sickly. In this post I want to show you the result it achieved.﻿

This is the "before" situation, showing one of the trees in its original state - with a very sparse covering of dull pale yellow leaves: 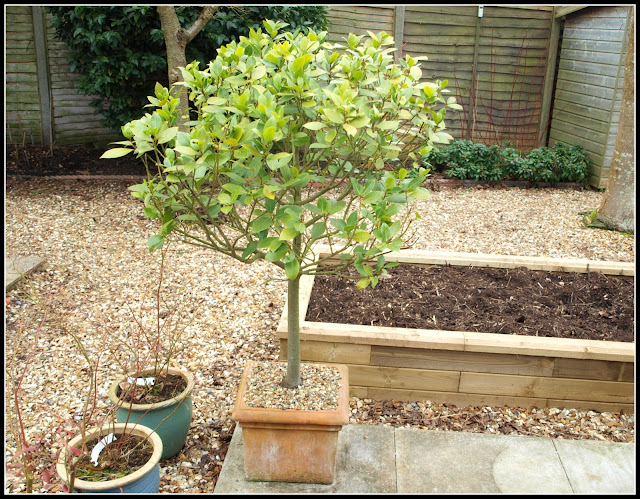 After considerable exertions, I managed to extract the two trees from their terracotta pots and re-plant them into much larger plastic pots, adding fresh compost and plenty of general-purpose plant food:﻿ 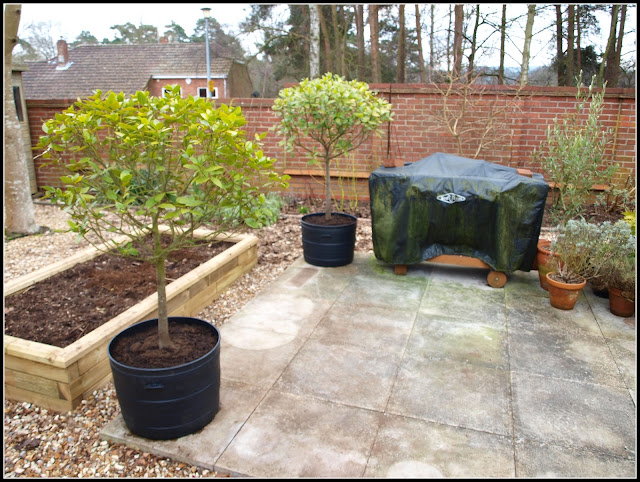 Since then, I have been administering a good level of TLC to these trees, watering them frequently (especially during the spell of exceptionally hot dry weather we had in July) and giving them a dose of liquid feed every so often﻿. They have responded well to the treatment. Just look at this, which is the same tree as the one in my first photo above: 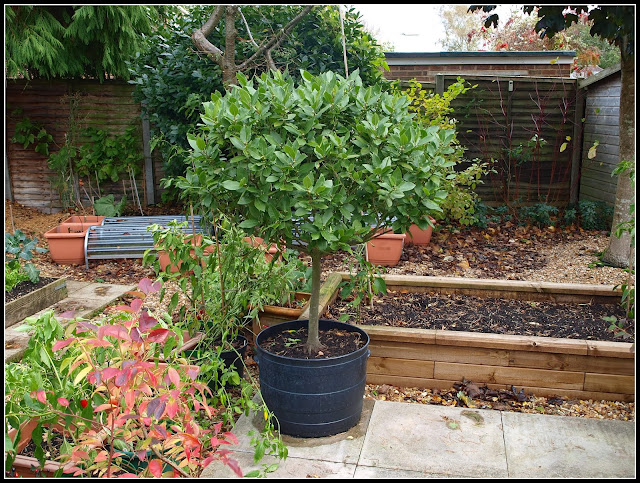 The tree now has loads of fresh leaves, and they are a nice dark glossy green! I have trimmed a few of the twigs too, endeavouring to achieve a nice "lollipop" shape. More work is needed on this, but we're getting there. 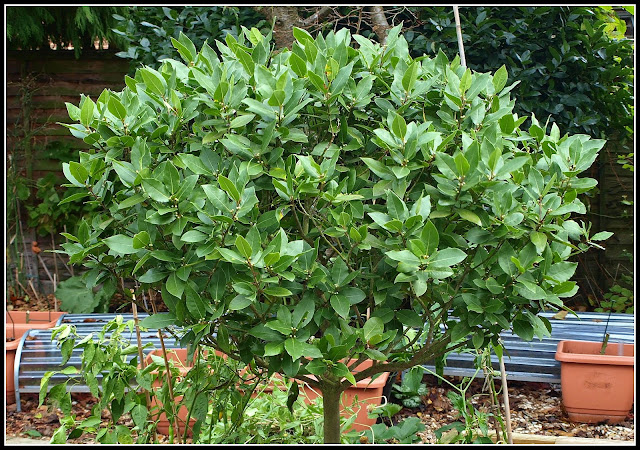 The other tree is also much improved, though its lower branches still have fewer leaves than I would like. 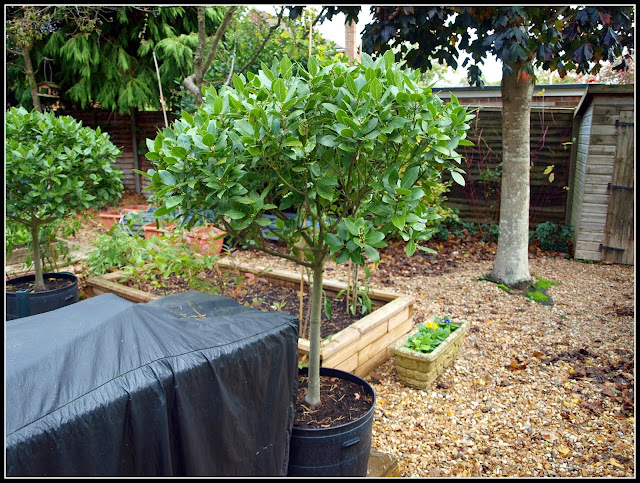 ﻿
By next Summer I think these trees will be back on top form again. Note to self: next time don't leave it so long before re-potting! Actually, come to think of it, it will be VERY difficult to re-pot them again in a few years' time. How big would the containers need to be?? Maybe I'll start some cuttings now, so that I can begin again with a new generation of Bay trees. Does anyone know what is the best time of year to take Bay cuttings?
Posted by Mark Willis at 12:00